So you probably don’t like having to subscribe to a game’s Discord channel and go trawling through pinned posts and asking people just to get vital update information, as many MMOs have decided to transition just to having a Discord channel instead of having a proper page with a news feed. We’re sorry to inform you that Discord is not employing people to go to the houses of developers who do this and yelling at them until their smoke detectors go off to set up a proper website, but the company is taking an odd lateral move by introducing forum channels to the service.

Forum channels are meant to serve… well, like forums. It’s set up as an easier long-format way to chat with less chat scroll and more of an evolution of the existing threads feature, but it’s definitely an odd flex to take a chat client and also turn it into a forum client. So it will do nothing to stop you from having to go to Discord channels to get information, but it will hopefully make that information much easier to find in a much more reader-friendly format. Weird flex, but hey, that’s all right. 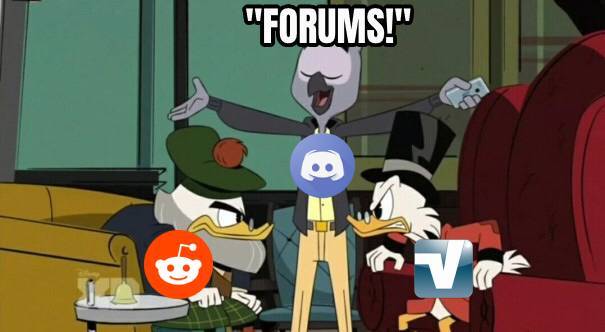