I really didn’t want Massively Overpowered’s inaugural column about World of Warcraft to focus on the negatives. But I can’t in good conscience ignore the fact that patch 6.1 for Warlords of Draenor is not getting the Iron Docks that many players were expecting. It’s not that I think it’s a grand betrayal of player trust; it’s not. Things get shifted around in development. Stuff gets held back for the next patch. It happens. This feature was never promised for Tuesday, and it isn’t coming out then. Seems fair.

No, the problem here comes down to one of perception, presentation, and the simple fact that there’s plenty to do at level cap in Warlords of Draenor… but also absolutely nothing to do.

It seems ironic that an expansion that led to an enormous subscriber surge is also seemingly tone-deaf on a number of points, but it also seemed ironic when Cataclysm followed Wrath of the Lich King by undoing a good portion of what made the prior expansion so popular. So why is there so much negativity, even from people who do like the game? How can a game be replete in things to do while at the same time have nothing to do? 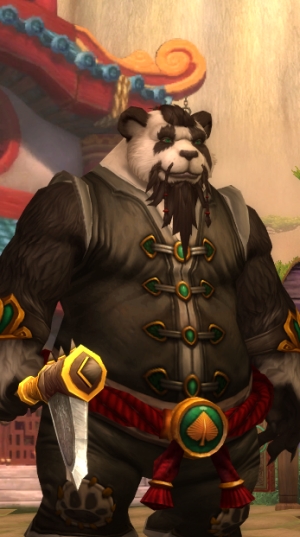 To understand the issue, I think you have to cut into the dark heart of WoW and design philosophies over the years.

There’s an old adage about military planning that generals are always preparing to fight the last war, not the present one, but some of that is just human nature. When your romantic partner breaks up with you because you were too distant, you go into your next relationship working overtime to not be distant. If you got a poor job review last year for not taking part in meetings, you go overboard trying to take part. We adjust our behaviors to solve the problems we did have because it’s harder to solve the problems that we may or may not have at the moment without realizing it.

Warlords of Draenor is very much an approach to solve the problems of Mists of Pandaria. The endgame had a problem there, too. There were too many daily quests, too many reputations, and too much sense of grind in general. So here we are! This expansion features almost no daily quests and a mere handful of reputations, and the developers have even gone ahead and altogether removed justice and valor points from the game so you don’t have to worry about them! Don’t like undergeared people in heroics? No worries; there’s a skill barrier now to queueing up!

The problem there, of course, is that part of what made the base game and the first two expansions so beloved is that the solutions were not this extreme. Instead of gutting systems, the devs refined and addressed them. Reactionary overcompensation leads to things like removing two perfectly functional currencies from the game and introducing a totally different currency (Apexis Crystals) instead of asking why there was a problem with the existing currency in Mists of Pandaria.

It also didn’t help that your reward for raising those reputations was the ability to purchase equipment for Justice/Valor — equipment that in previous expansions would have been available to all. By making reputation rewards so required to make use of currencies, the net effect was to make the path upward feel less rewarding and more chore-like.

Assuming that the Iron Docks were meant to be a new quest hub may or may not sync up with reality, and I will entirely agree that Blizzard may never have intended to give that impression. But the mere fact that people were excited to have it there speaks to the simple reality that Warlords of Draenor, right now, does not feel like a rewarding expansion for several reasons. Players wanted that chain not just to have something to do but to have something to do that felt like actual forward motion.

Combine all this with the fact that Warlords of Draenor ended a 14-month-long content gap for WoW and players are just a little bit leery of feeling as if there’s nothing to do. The reasons players do feel that way is the sort of thing I could spend months of columns elaborating on, and I almost certainly will, but none of that is germane to why people are upset now.

I’ve joked on Twitter and elsewhere that it’s really hard not to feel as if any game’s offerings are thin after more than a year of supping on Final Fantasy XIV‘s overloaded buffets. Patch 6.1 is a perfectly serviceable patch, but it feels small. With nothing more than an update to the legendary ring line, that sense of not having much to do at the level cap is not helped in the least, especially when the big headlining features of the patch — the heirloom collection and the updated Blood Elf models — were supposed to be in the expansion’s original launch.

On the other hand, now is a fine time to jump in if you’re just getting back into the game, so there’s something to be said for that.

Feedback, as with all of the columns I write now or in the future, can be directed to the comments or mailed along to eliot@massivelyop.com. Next week, I’d like to write the column I actually wanted to write this week before the whole Iron Docks thing, all about how WoW gets a bad reputation it doesn’t really deserve.