It’s been a crazy month. Since writing my farewell Choose My Adventure on Massively-X-Joy-Gadget–vs-Capcom-Turbo, I’ve sent a few hundred emails, helped raise a huge pile of money, and participated in launching an entirely new website. I’ve been tweeting, streaming, and commenting like crazy. And I’ve been hanging in MassivelyOP’s chat channel making jokes, sharing ideas, and collaborating with some of the coolest and most passionate people on the planet.

I’ve done lots of things over the last 30 days or so, but diving into a new CMA wasn’t one of them. I opted to put the column on hold for the month so I could recharge my batteries, play with my dogs, and focus efforts wherever a team need might arise.

But CMA waits for no man/woman/catperson. So let’s get this party re-started.

Ordinarily, Choose My Adventure is a four-week investigation of one game. Each week brings a new vote and more forward progress, with the overall goal being developing an understanding of a particular MMO that might not be possible via a brief hands-on playthrough. This month is going to be a bit different. Instead of focusing on one game, we’re going to focus on one genre: OARPGs. These games offer online functionality and social elements but aren’t deep on continued player choices, meaning they’re worth exploring individually but don’t demand the attention of a full four-week run. 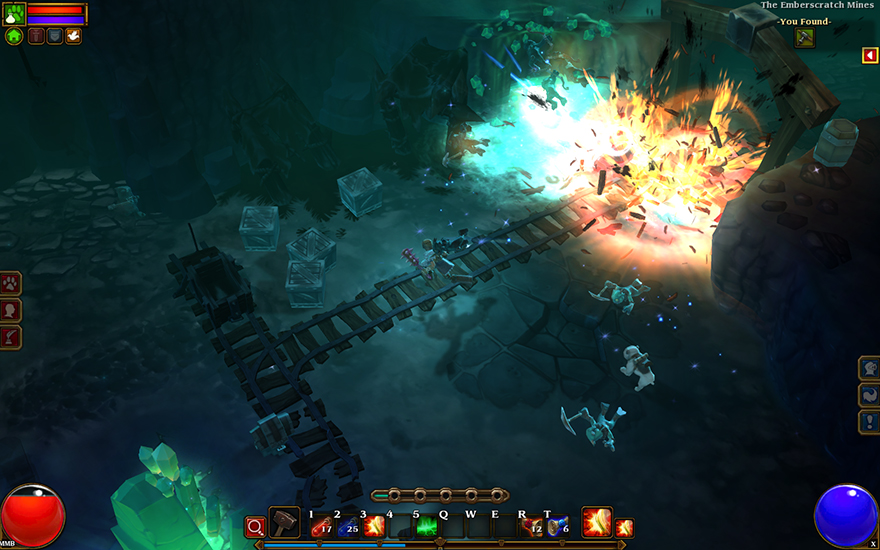 Diablo III, Path of Exile, Marvel Heroes, and Torchlight II are all on deck. I’ll be giving each a few hours and reporting back on how things went, focusing as much as possible on playing online with other players. It’s not the “traditional” CMA experience (which returns next month, so no panicking), but it should help us provide a little attention to these games on the fringe of MMOs that perhaps could use it from people who haven’t yet checked them out.

Blizzard Entertainment’s Diablo III, being the biggest and most famous of the four games we’re investigating, is the subject of our first week of play. Like other OARPGs, Diablo III asks us to make our most important decision immediately upon starting the game: Through which class will we be delivering the necessary carnage and destruction? 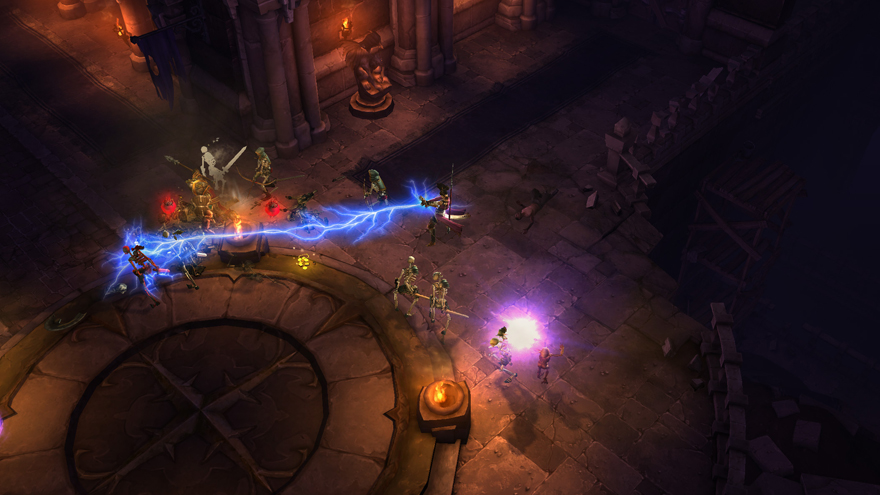 Since I’m working with the base version of Diablo III and not the Reaper of Souls expansion, I have access to five player classes:

Barbarian – A melee attacker who can wield two-handed weapons, dual-wield, or use a weapon and a shield. Barbarians gain Fury by taking or dishing out damage and then use that Fury to power attacks.

Demon Hunter – A ranged attacker who uses weapons like bows, crossbows, and grenades. Demon Hunters use Hatred, a regenerating resource, and Discipline, a “moderate reservoir,” to attack.

Monk – The Monk is a melee attacker who uses punches, kicks, and staves to fight enemies. Monks can heal and shield, and rely on Spirit for mobility and dodging.

Witch Doctor – A summoner of undead and vermin, the Witch Doctor relies on poison, acid, and fire to damage foes. Witch Doctors depend on Mana, which slowly replenishes over time.

CMA: Which class for Diablo III?

Diablo III also lets us choose our gender, so I’m leaving that in your hands as well:

And that’s pretty much that for this week. Get your votes in by Friday, March 6th, at 11:59 p.m. EST. Tune in next week for my findings on Diablo III and for our next round of voting, which will be centered on Path of Exile.

Catch you in Sanctuary!