We don’t see a lot of Champions Online pics come through here, probably because of the game’s small population. That’s a shame because if nothing else, Champions has a vibrant art style and is almost never lacking in interesting sights.

One such sight is the image of a teddy whaling on bad guys. We have reader Michelle to thank for this one: “Here is my toon fighting thugs while transmogrified into a teddy bear during the Christmas event in Champions Online 2012. I had so much fun with these temp powers during this event and have so many screenshots of my toon doing things as a teddy bear.” 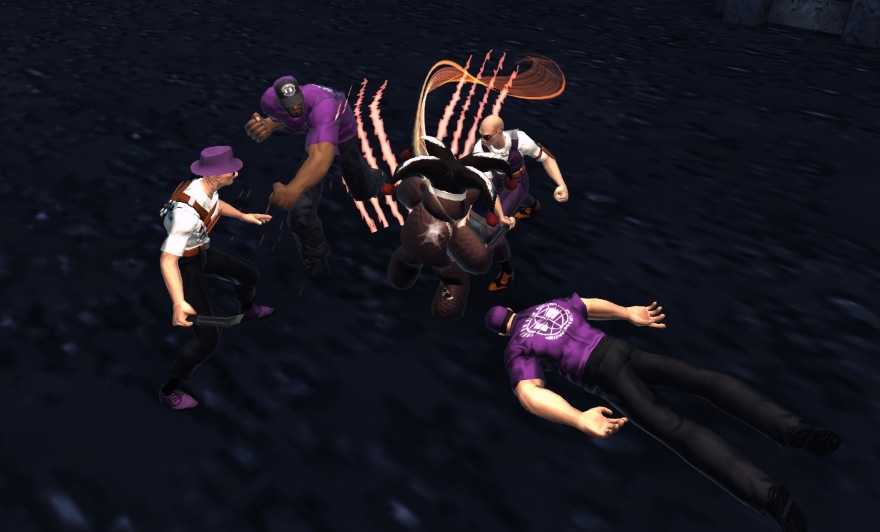 As if real world holidays didn’t already have enough wacky traditions, MMOs seem to think they have to add even more inexplicable events. I’m betting that most of you won’t even bat an eye at the following picture of a rabbit-cow-person looking sanguine while being launched hundreds of feet above a plateau.

“Welcome back! So happy the Massively crew can stick together,” submitted reader Jon. “Here is my World of Warcraft Druid Moh, celebrating the Easter event by getting shot out of a cannon while wearing a bunny suit.” 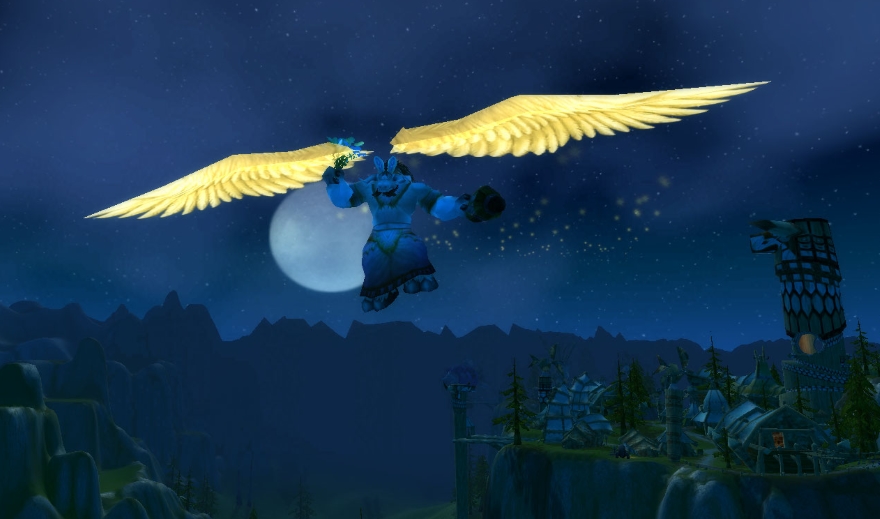 Reader Kim had an interesting confession regarding her activities in Star Wars: The Old Republic: She plays the hulking male character while her husband plays the svelte female.

As for this picture, Kim said that she liked it because the game made her, for one glorious moment, a “Golden Boy.” That’s as close to winning an Oscar as most of us will ever get. 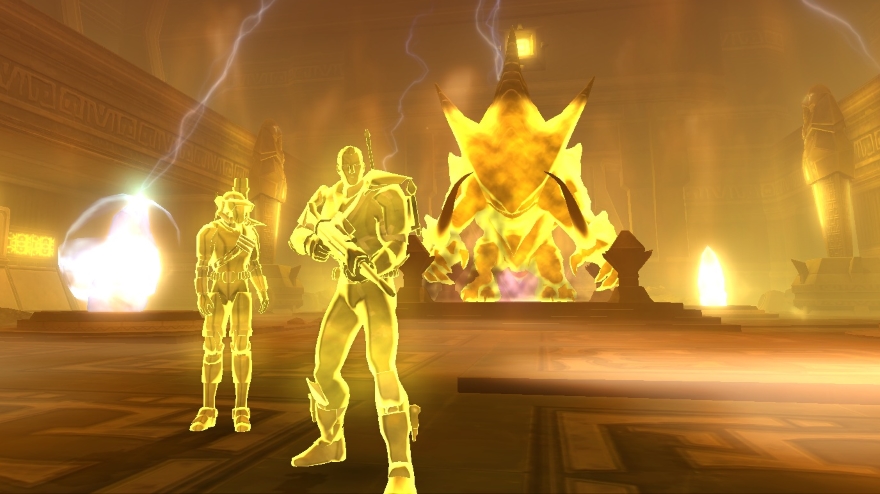 “Back when RIFT launched, your toon could die from fall damage,” reader Carl explained. “This screenshot is of my rogue (Qwenlieu) trying to get the achievement called ‘Plop!’ Up above Granite Falls in Stonefield, you could earn this achievement by jumping off some rocks near the top of the falls and surviving by landing in deep enough water. The area was very small, however. In my guild, we use to call the failure of the ‘Plop!’ achievement ‘Splat!.’ This is one of my favorite screenies from that game.”

Now I’m curious whether he made it.

“By now I’m sure you’re curious: Did I make it?” Carl continued. “I missed by about six inches, so I splatted, but I got the achievement the next time I tried.” 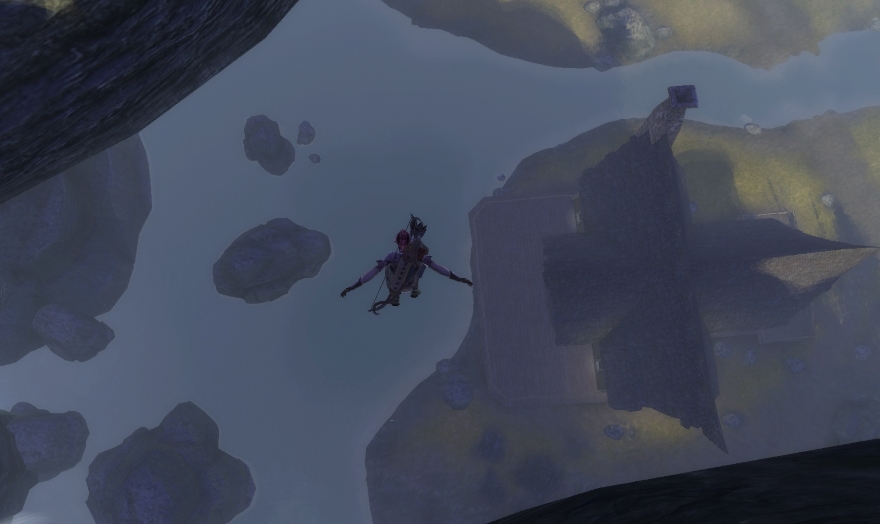 For this week’s It Came from the Comments Section! winner, I’m going to have to go with Zyrusticae’s empassioned and lengthy treatise about why Blade and Soul is the best MMO you’ve never played.

“I’ve just been having such a fun time with the game, latency and language barriers and all (though the Japanese community is extremely well-behaved, which is certainly a perk) that I needed to let all of this out at some point. It remains something of a mystery to me why NCSoft is so damn reluctant to release the game over here. They really need to have some more confidence in their work.” 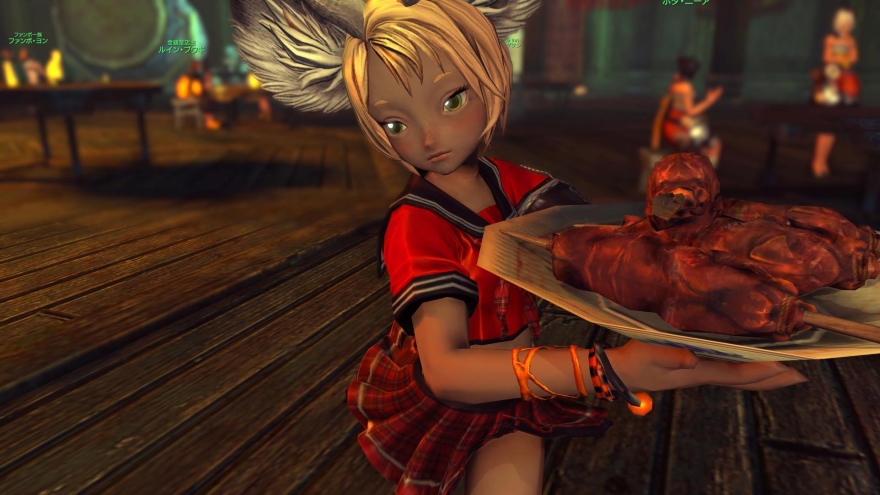 The screenshot challenge this week is to send in a picture that you think would make an awesome movie poster (if your MMO of choice ever got made into a film, that is). Let’s see ’em!