This guest Soapbox was commissioned through Massively Overpowered’s Kickstarter campaign and is authored by Chris “Warcabbit” Hare, a developer at Missing Worlds Media. The opinions here represent the views of our guest author and not necessarily Massively OP itself. Enjoy!

Howdy, all. I’m Chris “Warcabbit” Hare, project lead at City of Titans, and I’d like to spend a few moments talking about the things that we, as game designers, can’t do for players.
I call it making your own fun.

There are several things that make an MMO an MMO, but one of the most important elements is the entire “massively” part of “massively multiplayer online.” More than just a team, and bigger than a raid, it’s everyone around you.

And people get rewards from being in this ocean of players, whether they’re showing off their best armor, getting a little help in a public event, or playing the auction house economy. None of those systems would work without a lot of other people around.

But there are limits to what game designers can do. And that’s where players step in. Somehow or other, there’s always a destination that becomes the place to hang out. And it’s fun. Sometimes it’s a bit stupid — we all know Barrens chat can rot the mind — but it’s fun. And no matter what we do, we as devs can’t predict where that place will be.

And we can’t predict what people will do there, either. Run a radio station? Champions Online has at least one broadcasting from the RenCen. Dropping dead gnomes from the air to spell out words? It’s happened. Putting on a production of Rosencrantz and Guildenstern are Dead? I did that once. Mostly because of a coin flipping emote. 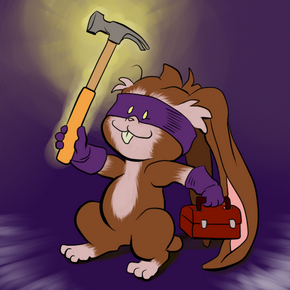 I even remember one time when a combat pet glitch allowed some friends of mine to start a soccer league using that bugged pet’s turret gun as the ball.

There’s making your own fun outside of the game, too. Forums are great for that. Forum artists get commissions for making art of people’s characters. Forum writers tell stories. Forum in-jokes can wind up in the game itself, and even later, they may show up in the oddest places in the outside world. I’m pretty sure Leroy Jenkins is going to wind up outlasting the game he came from.

But sometimes something very special happens when a bunch of people get together and decide to have fun with how the game works. From City of Heroes’ Super Olympics to ArcheAge’s Cart Races and the Corrupted Blood incident in WoW, these are the things that make memories.

So making your own fun is a good thing, sure. To use a marketing term, it’s “sticky.” It encourages people to play the game more, to share it with others, to stay online more. What more could someone who runs a game ask for?

Well, we could ask ourselves, “How can we help people make their own fun?” And there are answers to this. Make sure the forums are welcoming and that there’s a good culture there, not a negative and insular one. Make sure there are areas people can congregate and that they’re pleasant to the eye and ear and easy to get to.

More critically, we can give players tools: tools to communicate easily, tools to find like-minded friends. Not everyone is going to enjoy the same kind of fun, but those who do will like to play together.

We can give players something even better than tools. We can give them the video game equivalent of LEGO bricks, something they can build their own fun with. Star Wars Galaxies did this with player towns. City of Heroes did it with player missions. Minecraft does it with everything.

We could ask ourselves, “How can we help people make their own fun?” Not everyone is going to enjoy the same kind of fun, but those who do will like to play together.
But that’s just one way to help. Another is to try to find more things players can do together. PvP is a loaded word these days, but that’s just because it’s become limited. WildStar and DC Universe Online have timed races. What happens if you make them multiplayer or create a leaderboard?

That’s the tricky part, and that’s the real key to balancing fun: There’s only one winner in a contest, but there can be a lot of losers. The trick is making it so that losing is fun too. After all, there’s always next time.

That’s where reputation comes in to play. Someone who shows up, day after day, and is a good sport even if he wins one in a hundred fights will be appreciated more than someone who wins every three fights but is a complete jerk about it.

It’s the people who get a reputation for doing things who wind up contributing the things that make the most fun in the game much of the time. But how do you measure that? Some people talk about mechanizing it by instituting karma. That’s one way, but any system can be gamed; that’s what gaming is, from some perspectives, exploiting systems for maximum benefit.

Still, as an advisory tool, it’s not the worst answer, but the best answer is pretty simple. Play with the people who are the most fun. Hang out with them. The friends you make in a game can last forever. I couldn’t be doing what I’m doing without my friends, after all.

And remember, if it’s not fun, why are you doing it?

Chris “Warcabbit” Hare is the project lead of City of Titans, a crowdfunded upcoming superhero MMO. Be someone’s hero. All it requires is the courage to do the right thing when you see it called for. This editorial was made possible by a volunteer on the City of Titans staff. No crowdfunded money was spent making it possible.