END_OF_DOCUMENT_TOKEN_TO_BE_REPLACED
The hard part about being a GM has to be when you’re dealing with a certain brand of player. You know the sort; they’re the ones making other people’s time in the game worse just for giggles. How do you actually punish players who just want to sow chaos and don’t care about the consequences? An enterprising GM for Black Desert tried out a novel technique by banning a reported toxic player… unless said player wrote a 501-word essay.

Of course, there’s more to the story, as it turns out the player in question was reported for being a jerk to roleplayers, and the ban announcement by the GM in question was clearly leaning pretty hard on the “roleplaying” button. The player in question did write as requested and avoided the ban, although it’s not exactly a timeless masterpiece of literature (you can see it in the Reddit thread if you want). Whether or not this was actually effective is up for debate, but we can’t help but think that it was therapeutic for the GM, at the very least. (And as a bonus, there’s always the slim chance that one of us will have to deal with this sort of ban, which will mean we get out of jail for free!) 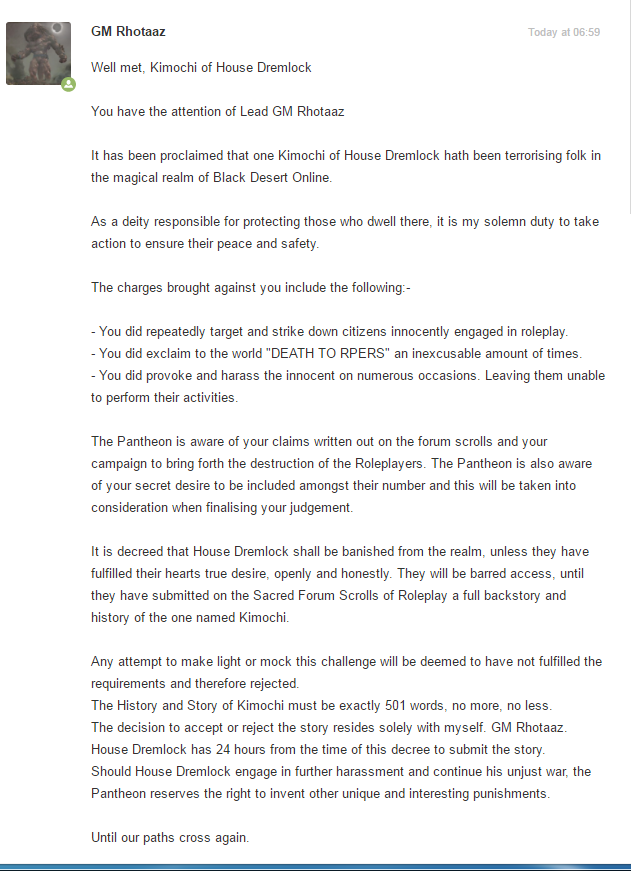