Last week, Crowfall studio ArtCraft posted a teaser that it would be posting more teasers this week on the road to a something “massive” — a “big splash” — only the fourth such event the studio’s ever carried out. While the actual announcement isn’t coming until May 16th, today we’re getting the first (actually the second?) one, which appears to feature the Frostweaver archetype with (gorgeous) new concept art and a lore bit on ice and fire magic. Oh! I’ve got it. Winter is coming, right?

Speculation on Reddit seems to center on a big adjustment for the archetype system in general — like increased customization through race/class mixing. What do you think? 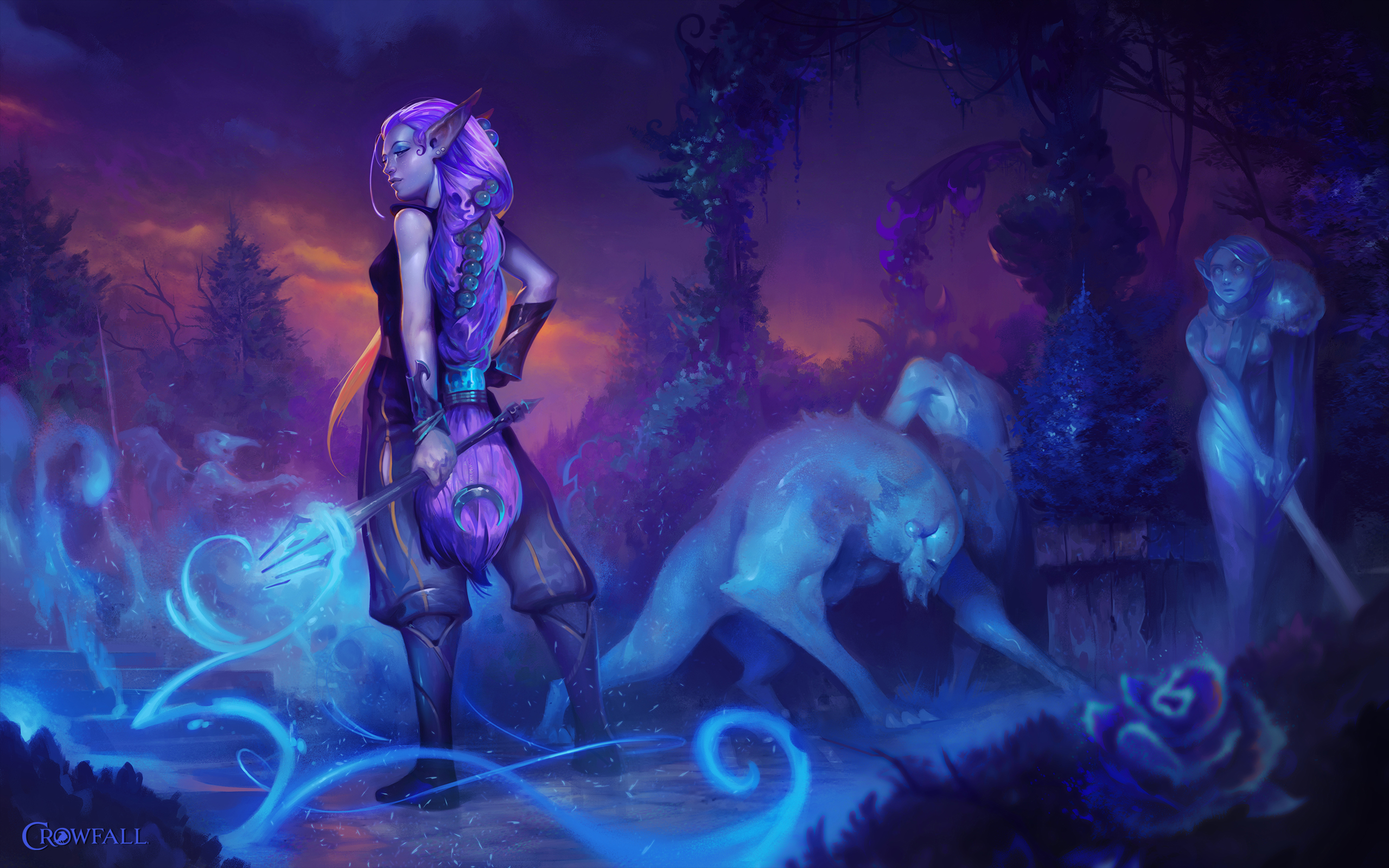 Do games ever come out anymore? I swear I’ve been hearing about this game (and many others) for years and they seem to never come out, or are in perpetual early access mode. The gaming industry has become bizarroland.

No, with crowdfunding you see it from day 1.

A typical published MMO game dev cycle doesn’t publicly announce until 3 years into it. So you don’t see the blood, sweat and tears that went into it before that, which we do get to see now.

My hype for this game has steadily deflated as the dev cycle drags on – haven’t seen any (updated) gameplay in a hot minute. Isn’t this supposed to release sometime in 2017?

The game has changed quite significantly in the alpha. They are currently testing the personal kingdoms. They have also been regularly releasing new classes. The game is shaping up nicely.

A teaser about more teasers…