Wallets at the ready, peeps: As promised, Ashes of Creation is following up its massive Kickstarter run with a more local, homegrown crowdfunding effort on its own website, live now.

“We’ve been hearing from the community that many couldn’t participate due to the payment limitations of Kickstarter,” writes Intrepid Studios. “In response to this, we came up with a campaign that benefits both new backers and those from the Kickstarter! This campaign will have new backer goals achievable by previous Kickstarter backers and new backers as they are unlocked.”

Pledges begin at $25 and run up to over $5000, with a whole ladder of rewards for all backers depending on how many gamers jump in. There’s even a trailer to talk you into the deal.

Whew, I was afraid I wasn’t going to get any more opportunities to give game dev companies my money in exchange for glittering shiny promises! 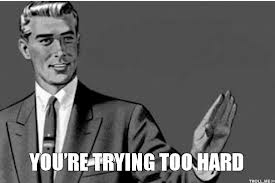 I dunno… I got a response, which was the goal. So I think I was trying exactly the right amount.

The idea of someone posting on the internet “just to get a response” is undeniably pathetic & sad.

I’m pretty sure that’s precisely what you did in the post I replied to.

Good call as there are tons of people in Europe and other places where people dont use creditcards but paypal or direct debit.

This way they can also support this project.

Oh love to see all those haters, just like Star Citizen :)

As long as crowdfunding works, companies will try to milk the public as much as they can. It’s just business as it is nowadays.

Key to call out – this is only extending the Kickstarter for 30 days. It’s not a perpetual store like SC, CoE, etc.

They would be stupid to NOT leave it up as this is a continuing source of income, the money they raised is NOT enough to make a game as BIG as they have promised. unless they ave some Big pocketed investors lined up.

Has been stated on this website the owner is footing 30 million.

They don’t need the funding. It’s already fully privately funded for over $30m.

This is a great idea. You need as many avenues as possibly available for people to send you money.

I think this is a really good idea. Donate now. For the children.

i clicked on one of the options and it didnt show me what i was getting. do i have to go over to kickstarter to see what each of the tiers were and then find the corresponding one on their page? if so that seems really poorly implemented.

Scroll down it’s just lower down on the same page.

““We’ve been hearing from the community that many couldn’t participate due to the payment limitations of Kickstarter,”

Nah dawg. If you watched the video, he specifies regions that will have server access were unable pledge. They fixed this issue. Not every place on the world has PayPal or credit cards.

Well, it’s not a problem in the EU or US. I would speculate that that’s where most of their focus would be, dawg.

Domestic kickstarters don’t offer Paypal as an option anymore, and credit cards aren’t as ubiquitous over in Europe.

Lol true… I’m Dutch, and it was such a pain trying to get a RuneScape membership when I was a kid because nobody I knew (parents, other family etc) had a credit card. I ended up sending a bank transfer paper thingy in the mail and it took like a month to arrive and process… but I did get my 3 months member status in the end which made me a happy kid.

When I turned 18 I got a credit card as fast as I could (they’re almost free here if you’re a student anyway). It seems I’m part of a minority though, most people around here still don’t have one.