We have been waiting for a long, long time to see if and when Nexon would be bringing the mega-hit Moonlight Blade over from the east. Now, we have some solid indication that such an effort is currently in the works.

As part of Nexon’s Q2 2018 financial report, the studio posted a chart of games that it has in the pipeline for both PC and mobile, divided by different regions. For the west, the publisher confirmed that MapleStory 2 and Moonlight Blade are on their way at an unspecified date.

Nexon’s probably not in that great of a hurry to make this happen, considering that only 13% of its business takes place in the west, with the vast majority of revenue coming from China, Korea, and Japan, , though it does say this past quarter’s increase in revenue is largely due to growth in North America and Europe. 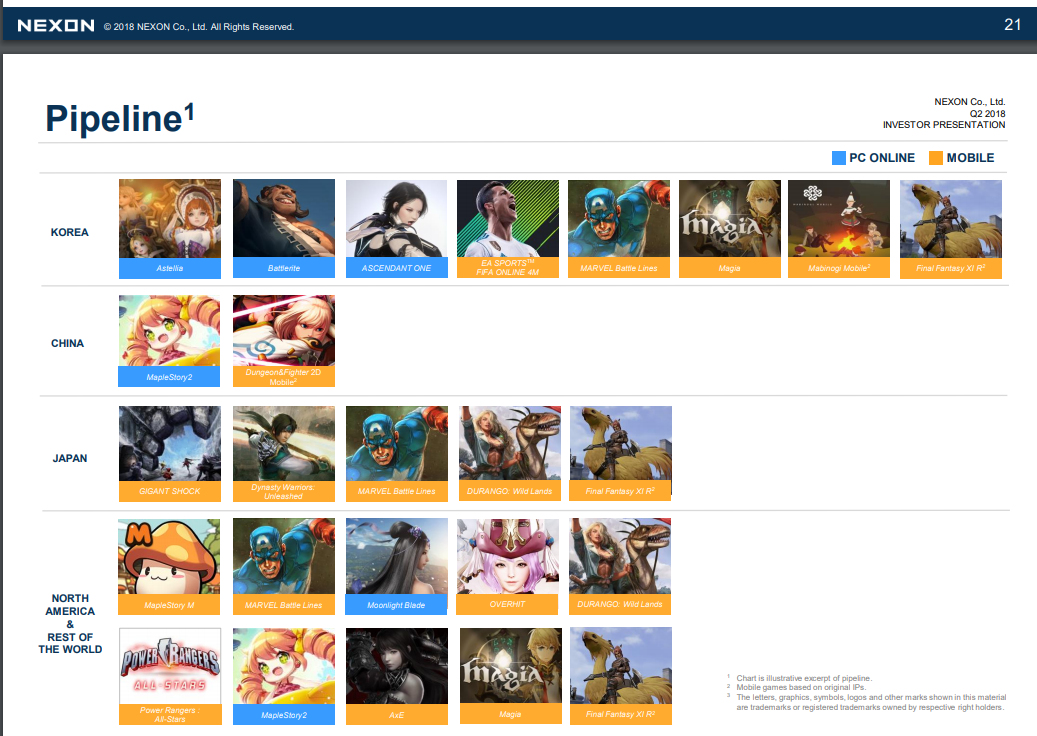