So what is next for World of Warcraft? Based on the current reception of the game’s expansion, my personal prediction is another few months of trying to salvage things, a year-long content drought, and a desperate attempt to completely change everything that was introduced with Battle for Azeroth. A flushing sound effect and a sad trombone are not required but presumably offered anyhow.

Sorry, my tongue just sort of sprang into my cheek there for some reason. You don’t need to ask me to predict what comes next, of course; there’s a panel about that going on now, and we’re going to be liveblogging that in the comments down below whilst catching up on the bigger announcements in the main post if you don’t want to sift through the comments. So let’s all gather round and find out what happens next. 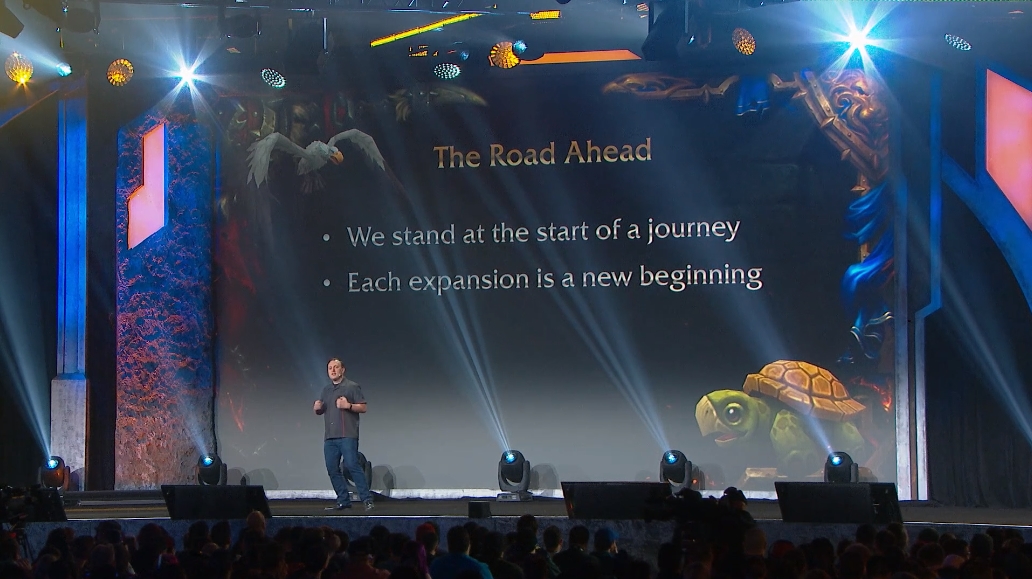 6:30 – Ion Hazzikostas on stage. Turtles joke ahoy. Vowing that there’s gobs of story and content incoming in the next few chapters. Recapping Tides of Vengeance and a look ahead, promising updates to “rewards and systems.” Lots of cheers for heritage armor for non-allied races as well as account-wide unlocks. 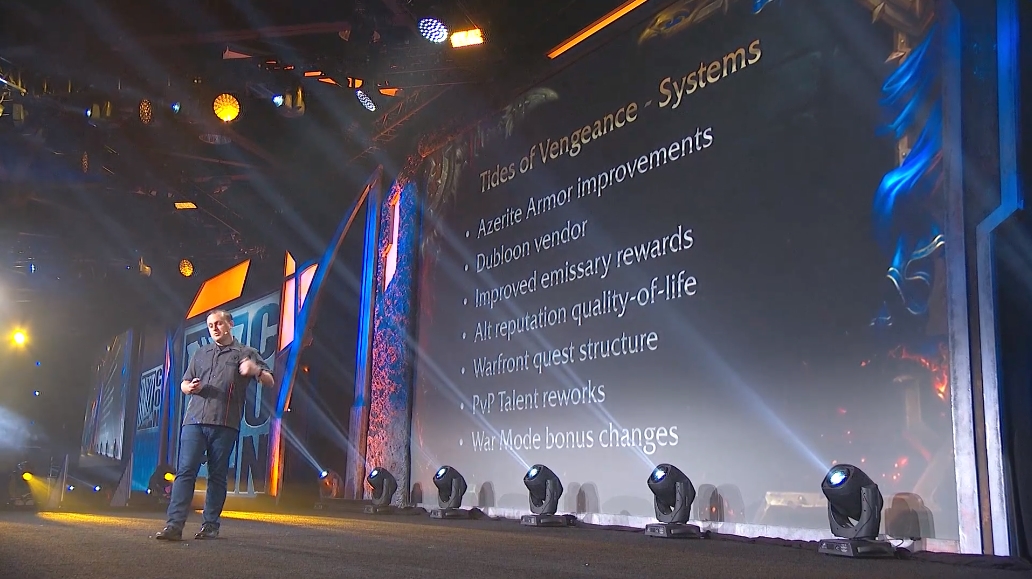 6:38 – Tides of Vengeance is coming December 11th, with the raid coming after the new year.

6:43 – On to the .5 updates. Confirmation of the new allied race/class combos already up on the official site. 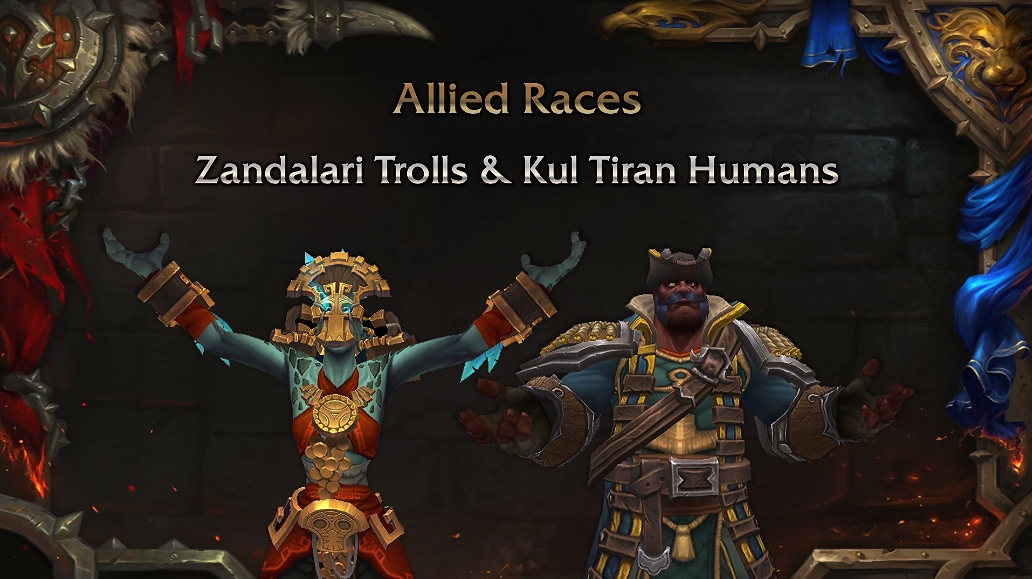 And the mounts and druid forms! 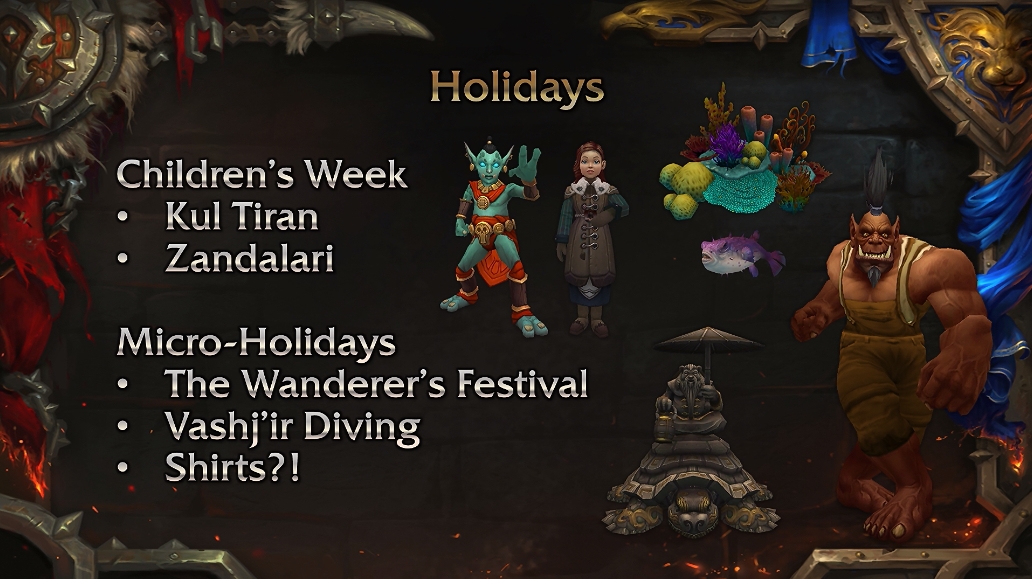 Portal rooms are happening in the two key cities. 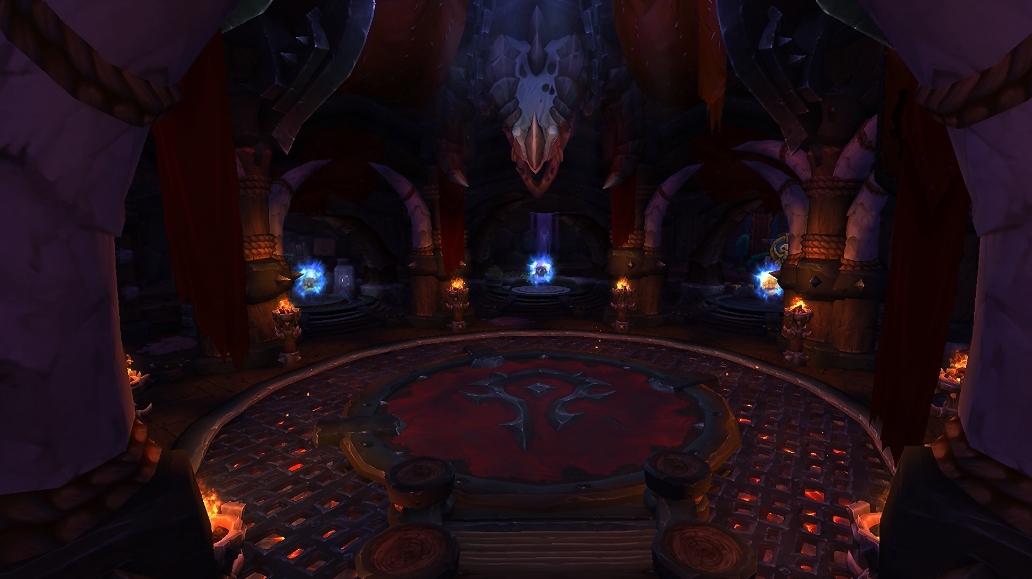 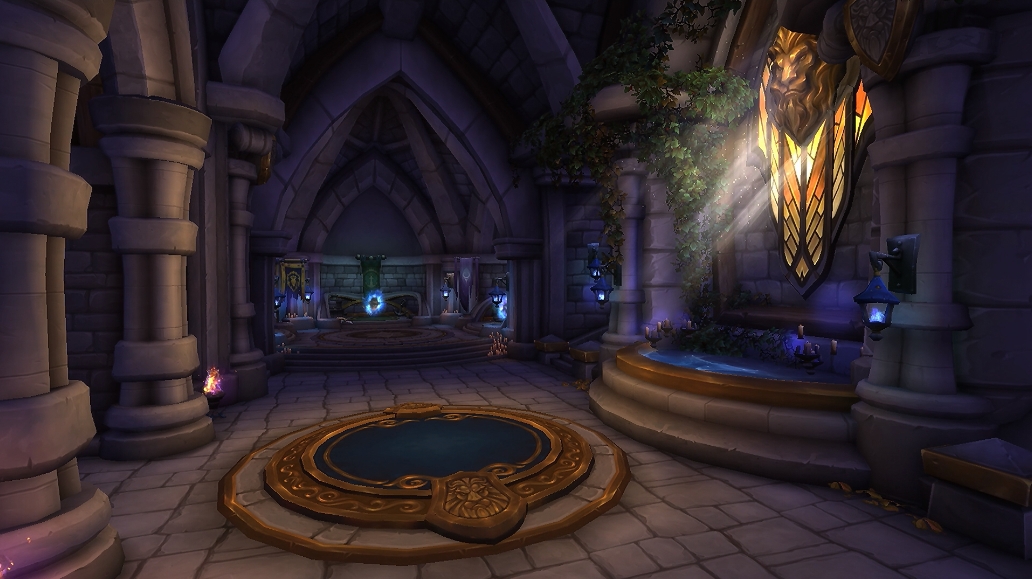 New questlines are coming for all the crafting professions. 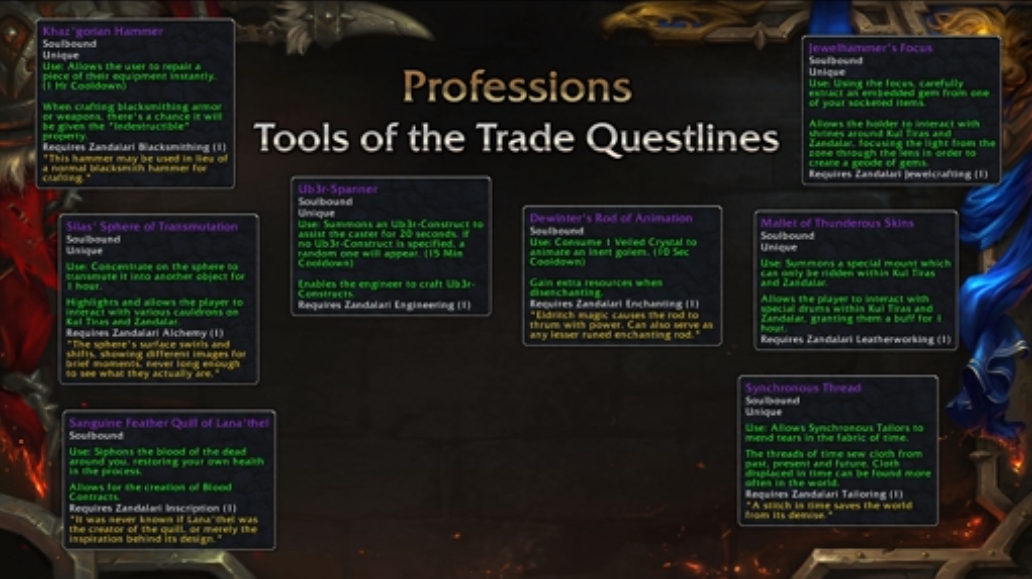 Now PvP upgrades, including graphical updates for battlegrounds in a gorgeous video.

7:00 – The next update after that? It’s called Rise of Azshara, and YAY NAGA. We’re going to the zone Nazjatar and assaulting Azshara’s Palace, the headline raid, with eight bosses.

Apparently we’re also getting a gnome-and-gobbo adventure in Mechagon, complete with a “megadungeon” akin to Karazhan. Mythic only. *shrug*

Gnome and Tauren heritage armor on the way in ROA too. 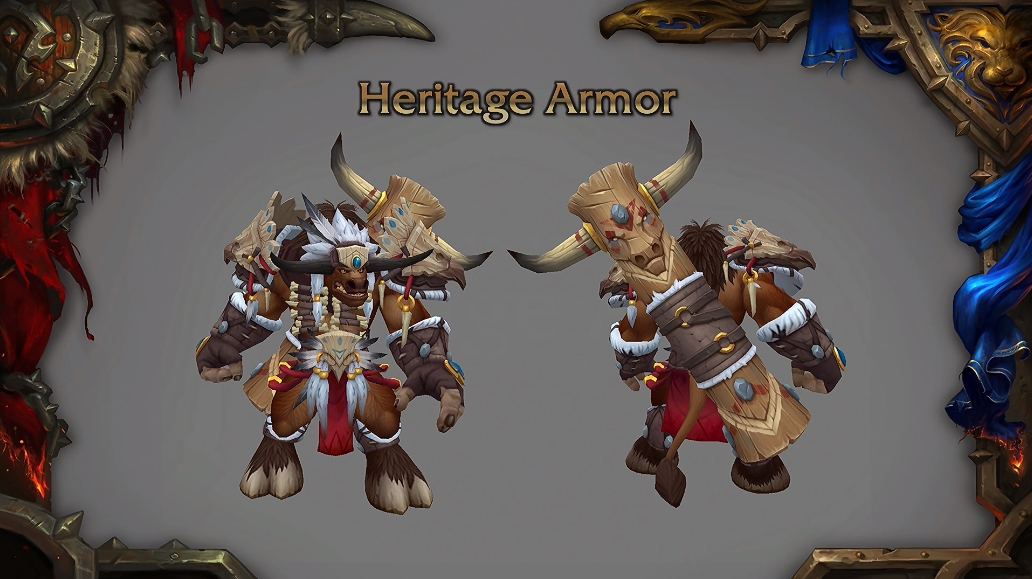 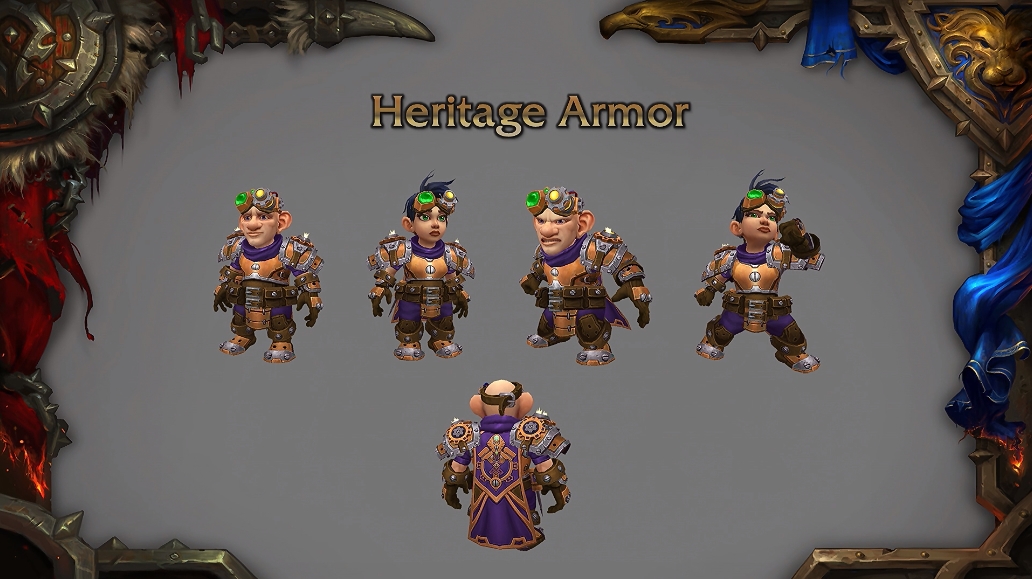 More island expeditions are planned, including Crestfall and Snowblossom.

Heroic warfronts are happening too, plus a new arena and the return of flight. 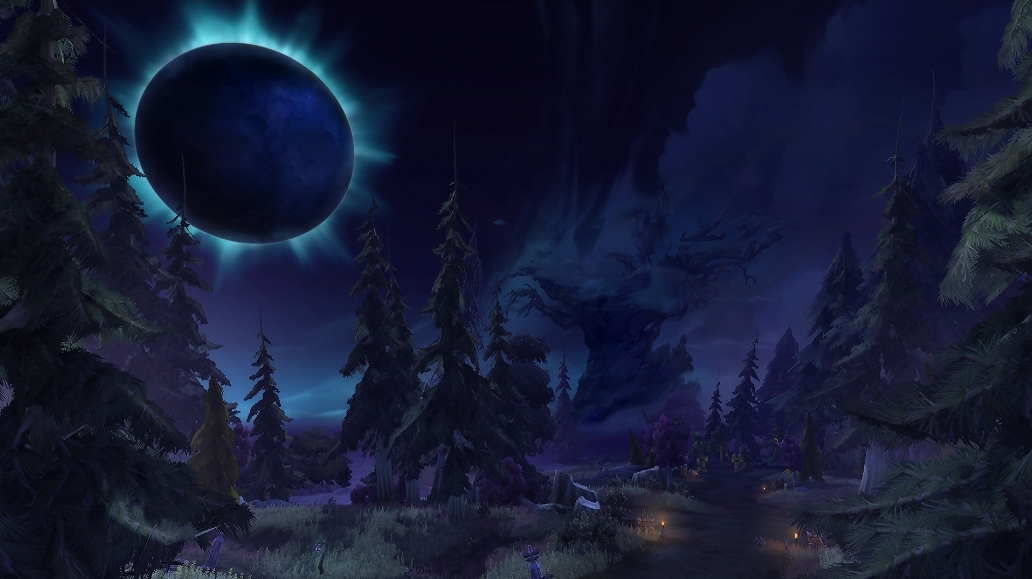 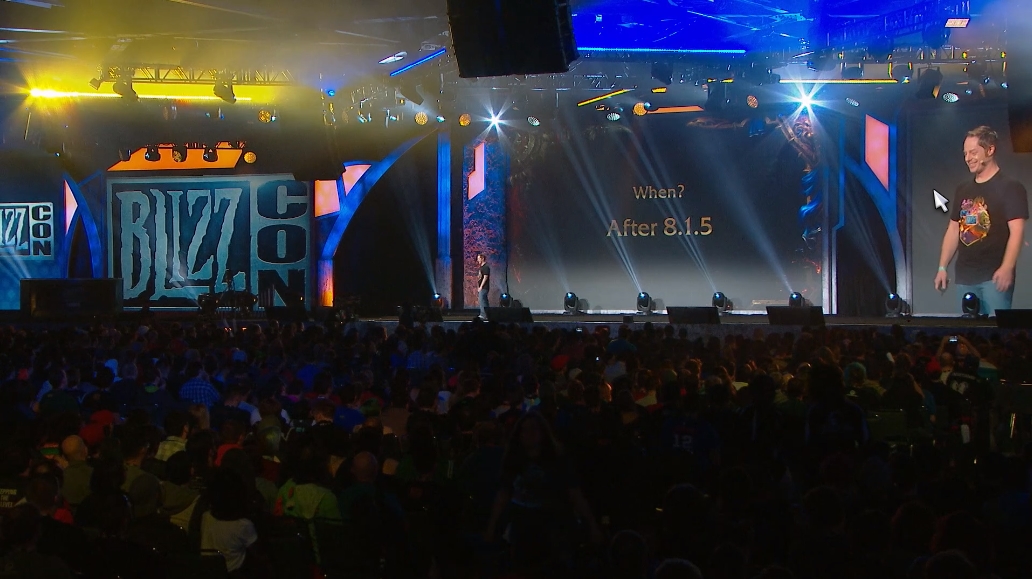 “A year-long content drought, and a desperate attempt to completely change everything that was introduced with Battle for Azeroth. A flushing sound effect and a sad trombone are not required but presumably offered anyhow”

Thats funny. Because I hear flushing sound effect every time I see your analytics about WoW.

I’ll probably come back after all the 5 mans they release have a Heroic version and their catch up mechanic is employed; I don’t like the idea of being excluded from content because of a skill wall which is part of the reason why I quit GW2 (no storymode raids), once I found out I couldn’t finish the Alliance Story line because it was trapped behind a Mythic I canceled my Sub.

Twelve years for them to finally release racial sets.
I always found WoW transmog to be pathetic, and it’s a feature present even in Warhammer Online.

Yet, we get one of the most idiotic debates about Classic: “Should transmog be present”, when it should be a staple feature of any decent MMO.

Thank you for covering this! I’ve been so let down by WoW as of late I couldn’t even bring myself to watch the panel. Glad I didn’t too because it sounds like more of the same. :( Guess WoW just isn’t the game for me anymore.

Mr. Eliot does wonderful spam when it comes to this! Someone should let him know that for his efforts. <3

RIP my snek dream. Not even a confirmation on Vulpera.

So, that’s the end of the panel. What have we learned? Flying comes in 8.2, new allied races in 8.1.5, some new heritage armors, and a mythic-only super-long dungeon that sucked all of the air out of the room. Thank you for being here, please fill out your bingo cards and press F to pay respects to the Diablo franchise; we’ll be back tomorrow for more!

The Diablo forums are now the official home of F.

…and a few other choice letters? o.O

Well whomever thought we’d get a hint at future allied race will be disappointed, they treated zandalari/kul’tirans as if those were supposed to be the big reveal… stuff that got presented one year before the game’d released :P

Nope, that’s it. It was setup for a big reveal and then… nothing.

There’s a big “The End?” on the screen, but there’s no word about anything else happening.