A little under a month has gone by since BioWare’s stress-inducing, crunch-heavy environment was exposed by the media, and since then the studio has struggled to bolster public perception and improve the struggling Anthem in the process. Unfortunately, BioWare doesn’t look as if it will be able to deliver as it had previously promised.

First, the good news. Yesterday saw the release of Patch 1.1.0 with a good chunk of story content, and there is more on the way. And in a post to the community, the dev team said that the changes and fixes that it has made in the first 10 weeks of live operation have “pointed us in the right direction for the future.”

That’s all there is to soften the blow of the bad news, which is that many features planned for the “Act 1” phase of the game will need to be delayed to an unspecified date in the future. The features delayed include guilds, the mastery system, phase 2 of legendary missions, weekly stronghold challenges, leaderboards, “some” freeplay events, and Cataclysm. This, um, looks to be most of Act 1 and May’s content offerings.

Flawed as it may be, Anthem gets the thumbs up from our own Tyler, who listed five things he loves about the game.

Let me know when the loot is fixed.

Unfortunate, but better to delay than to release the new systems in a flawed state. 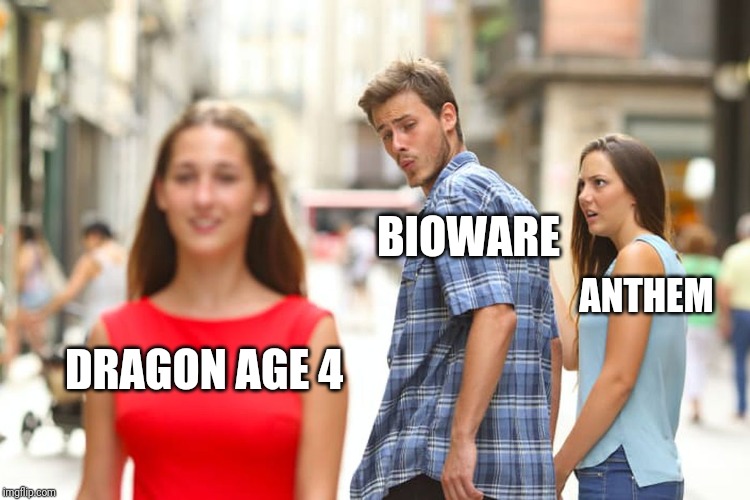 Are they trying to kill this game? Doing a decent job.

Not sure I would call a single new stronghold a good chunk of story content… at best it is a couple of days of replayable “newness” and then it’s just one of the dailies….

Just don’t shutdown the development, EA / BioWare. Mass Effect Andromeda is a great game (especially multiplayer) – but all its potential for expansions and DLCs was lost after immense whine during less than stellar launch.
p.s. 50% discount when? 8-)

Um…did I read that right…does Bioware still consider the game to be in an early access phase? Seriously??

No, they’re saying its been 10 weeks since the game was available to the public through early access . Its only been 8-9 weeks since full release. They’re not saying that the game is still in early access, but in fact something of an opposite – they’re accounting for the week of early access as an effective ‘release date’ that matters.

Anything else is miscommunication, or sadly some clickbait I’ve seen on sites and Youtube – pathetic, as Anthem needs honest critique not this crap.

Ok, cool. I was hoping I misread that.

Anthem launched without guilds? It really is a Destiny rip-off!

I’m fine with content delays to fix the core game. They are moving in the right direction, so might actually fire it up again to see what’s changed.