Over the last month, Eliot has written a Daily Grind and Perfect Ten that really got me thinking about what PvP truly is. He mentions how PvP is so much more than just combat. It isn’t about slashing and smashing each other; it’s about the competition. It’s about you versus me.

From the dawn of time, people have craved competition. It’s built into our bones. The Romans had their coliseums and combat, but eventually the combat gave way to other less final methods of determining winners and losers. Today we have all manners of races, feats of strength, and games to compete in – not to mention the various forms of sportsball! Eliot touched on the many flavors of MMO PvP, so it’s only right that we reflect on the PvP meta of our genre here in Fight or Kite.

Racing and other minigames

Some of the most obvious non-combat PvP you’ll find in MMOs could be classified as minigames. In fact, I recently explained how Guild Wars 2’s best PvP is found in its minigames.

Races are plentiful in MMOs too, from chocobos to roller beetles and even Javelin racing. It’s so ubiquitous you might not even realize you are PvPing. Personally, I’ve never been a huge fan of racing of any kind. Probably because I still have nightmares of Coach Hines screaming at me from across the creek: “HUSTLE! Get the lead out!” I can still feel my sides cramping, legs turning to jelly, and I just want to lie down. No… not another lap – no! Awful.

Anyway, PvP. Some studios even attempt to build entire non-combat PvP systems disguising them as games. Take Guild Wars 2’s Adventures system. It is actually quite fun, despite the lack of a meaningful reason to play after getting a gold star. These more or less boil down to a race to determine the fastest time collecting mushrooms or some other exotic novelties, but I always appreciate innovation and studios trying something new. Plus, they aren’t traditional races where we line up to sprint head-to-head.

MMO studios have even put together great out-of-game competitive events. I remember when Warhammer Online launched The Land of the Dead update and included a contest where players were tasked with deciphering hieroglyphs around the internet. Of course I didn’t win the grand prize, but boy was it a blast trying to figure it out!

And I can’t forget costume contests. Cosmetics are such a key component of MMOs today that the systems in place for outfitting your characters are exceptionally robust. Who hasn’t spent hours in the character creator placing your eyes the exact width apart? Don’t forget the several hours after max level just trying out different armors and colors to look exactly how you want. You simply can’t go wrong with a costume contest. Well maybe you can, but that one’s the exception, not the rule!

Players love competing so much that even when the game doesn’t directly endorse or build a system for competition, players will find a way to make one. I’m of course thinking about raiding and dungeon clearing.

On its face, you wouldn’t necessarily think that PvE content wherein you grind out a mob and boss so many times that you can beat it with your eyes closed would lend itself to a competition. But people love to compete.

From the onset of a new raid or dungeon dropping in basically any game, you’ll have coordinated teams of players doing their best to be the “world’s first.” Not long after that, you’ll find guilds posting their times to clear. Once time to clear has been whittled away, you have competition over who can clear the content with the smallest number of members. Or all-Paladin clears. Or no-wipe clears. It goes on and on.

Eventually these can even come to a head as an actual hosted raiding tournament with prizes.

You’ll even find yourself competing in entirely PvE content

However, we really don’t have to look so far and deep at specific pieces of content to find the competitive nature of MMOs. Even when we are working together, we find ways to determine who the best is.

DPS meters and their kin are now a near-requirement of any regular raid party in core MMORPGs. While clearing mobs, even if you don’t vocalize it, you know that you are comparing your DPS (or soaked damage, or hitpoints restored, and so on) to that of your your mates. It’s just human nature. You think to yourself, “I don’t even have max gear and I still beat LegDayOlass!” I’d do it. And you know you do too!

But we don’t even have to be in a party to be adventuring and competing. When I’m simply completing quests and trying to level up a new class, I’m comparing myself to other players all around me. I might notice JacabWinz grabbing a quest at the same time as me. Can I get there before him? Yes! Oh, look how long it’s taking JacabWinz to kill that mob. Sad!

Playing the market or economies of “I own all the cherries”

The last bit of non-combat PvP I want to talk about involves the various ways you can compete in the game’s economy. There are two sides to this equation: the gathering and the crafting.

Gathering resources competitively can be quite nerve-wracking. However, if you can control the supply of goods into the auction house, then you can really enjoy some hefty profits. It might not even be gathered material; it could just be a resource that has such a small drop rate that if you are resourceful and quick enough, you can buy up and control the flow and price of the product. You probably never get to see your opponents, but when you show up at a spot you’ve been farming, and you consistently see it has been cleared out of the resource, then you know the fight is on!

Crafting goods is usually lucrative because players often want their merchandise quickly. If a game is has designed their crafting system properly and built up a strong economy around crafting, then players can compete in this arena. It runs almost parallel to the gathering side. However, I think it requires more research and planning. 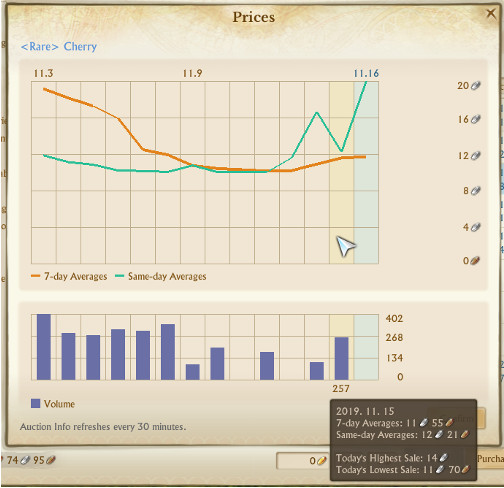 Personally, I’ve been having a battle over resources in Archeage Unchained. At my level and net worth, it has certainly been a fool’s errand, but I can’t help myself! Archeage provides some fairly good in game information about how much product has been bought and sold over the last week and the price. My enemies are unknown in number, but that just makes me want to win even more. And what would be winning? Well, if I can own a large enough supply of product and then sell at it a much higher price than I bought it for, then I win. So far… let’s just say it hasn’t been going well.

Between Eliot’s coverage and mine, I hope we can all agree that PvP is about so much more than just swords clashing and steeping hot tea over your opponents. Almost every activity in an MMO is PvP on some level, and we should embrace that spectrum, whether we’re hardcore player-killers or self-described carebears.

So, after thinking about these non-combat PvP modes, would you be more inclined to call yourself a PvPer? What forms of PvP do you tend to participate in the most? Is it truly just combat-focused? Or do you find yourself competing for market dominance?