Korean-born Astellia has been hovering on the horizon for the last few years of its development as Barunson E&A – the majority owner of the studio behind the game, Studio 8 – has guided it through Asia. And now it’s on track to release here in the west this summer, as a buy-to-play title focused on PvE, PvP, raids, crafting, and even un-gender-locked classes (contrary to the Korean version). In fact, we’ve even covered how the studio’s western developers are working hard to avoid becoming a pay-to-win mess or a “smash-and-grab” that so many other ports sadly are.

Today we’ve got an exclusive dev blog from Barunson focused on two of the game’s classes: the sword-and-board-focused Warrior and the priestly Scholar.

Astellia Developer Diary: Introducing the Warrior and the Scholar

Over the course of the next few weeks, we will take a look at the different classes available to play when Astellia launches later this summer. We will kick off this journey by covering the Warrior and the Scholar – one holds the line, while the other keeps its teammates alive. Read on for the details! 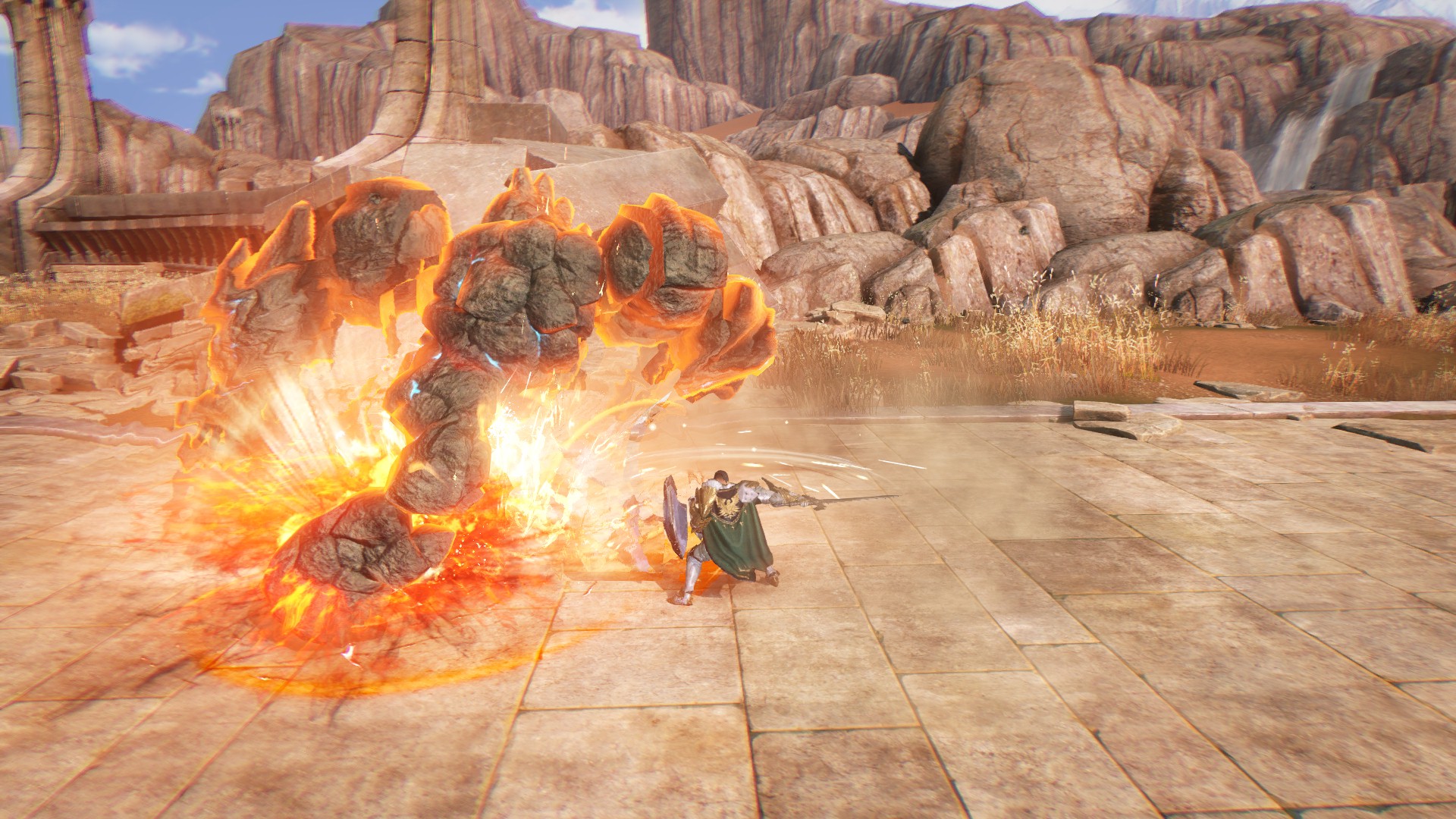 Armed with both their sword and shield the warrior is the vanguard of the group. Taking on the responsibility of the tank they provide their body as a shield for others. Their defensive specialization allows the warrior to command the flow of the battle providing their comrades with a tactical edge. When faced with overwhelming odds they can also call upon their Adamantium Shield skill which increases their defense but prevents the use of other abilities.

Besides sheer brawn, the warriors have additional tools to shape the battlespace. With their Multi-Chain ability, warriors can launch a hooked chain in front of them to impale their targets pulling them in close for the kill. They can also make use of Quake slamming the ground causing an area of effect knockdown with damage.

Calling upon the assistance of the Astels warriors are able to perform powerful combination attacks. Draco, a dragon-like Astel, will perform the Split Breath combo attack. Shooting a frontal cone of flames, causing damage to all targets and dealing increased amounts of damage to targets that are either knocked down or stunned. This makes the warrior’s Quake ability all the more potent. Serpens will empower the warrior’s Multi-Chain ability by creating a Toxic Cloud enveloping chained enemies in a pool of gas poisoning them and inflicting continuous damage. 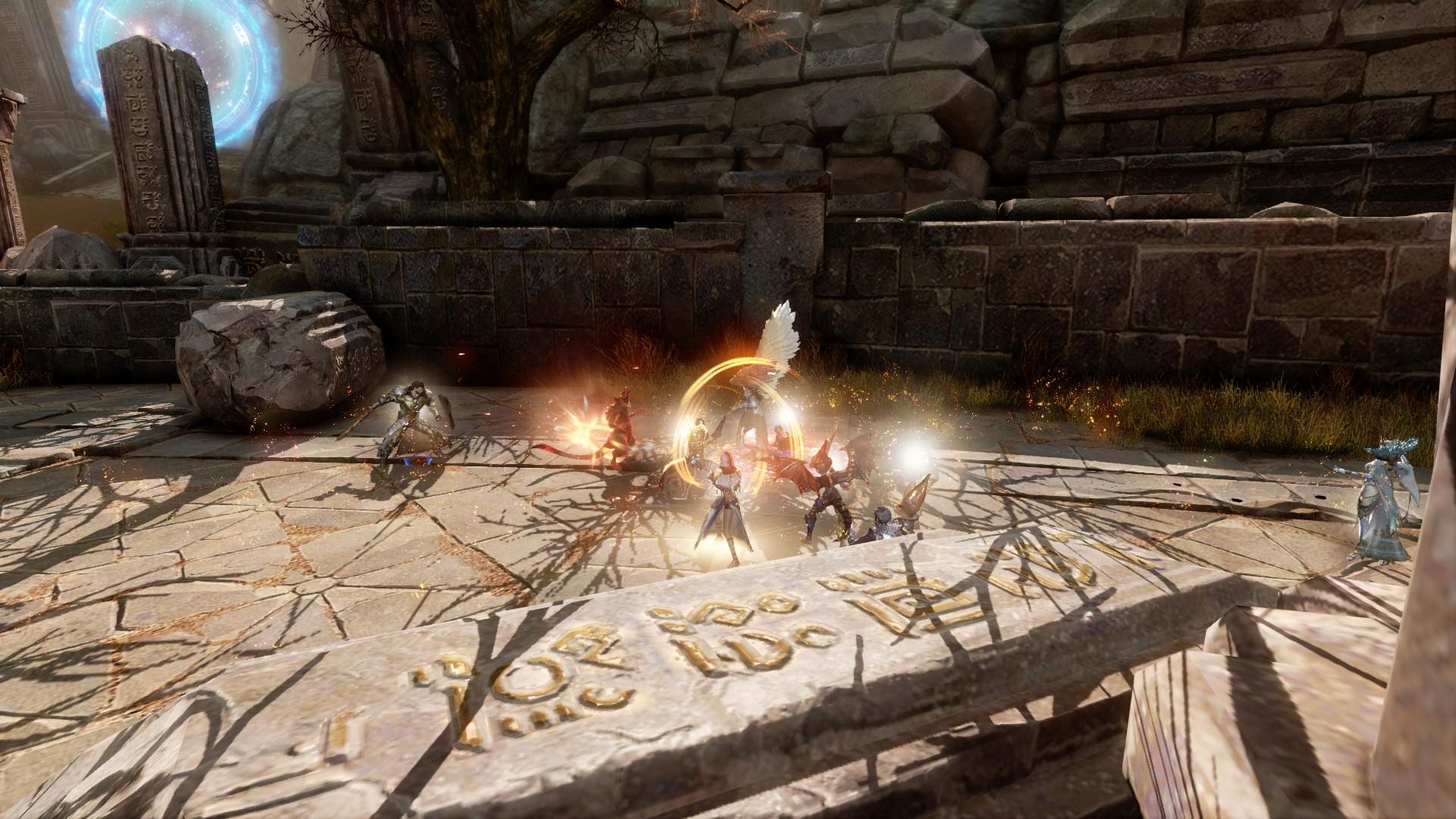 In contrast to the warrior, the scholar specializes in group support and healing. While the warrior is busy running headlong into battle the scholar is focused on keeping the warrior and the rest of their group alive. Abilities like Bless allow the scholar to continuously heal the hit points of all party members with holy power infused Atra. However, scholars are fully self-sufficient and when not focusing on using their powers to cure or restore others they can twist their knowledge of Atra to create destructive forces and smite their enemies.

The scholar does more than add hit points back to other player’s hit point pool. They too can also manipulate enemies on the battlefield allowing their allies time to regroup or outmaneuver their foes. Hurling a bolt of energy at their enemy through the ability Arc Slow reduces their enemy’s movement speed. Scholars can also call upon their strengths to cast Divine Shell granting a holy barrier to all party members near them raising their defenses.

A few key Astel combos available to the scholar greatly enhance their crowd control and healing abilities. Kitsune will cast Recovery on Divine Shell providing a continuous heal to the party members by infusing them with powers of the moon. Pisces will cast Aqua Bubble on targets hindered by Arc Slow trapping the targets within a water bubble, further hindering their movement and preventing the enemies from using some of their skills.

These are just two of the character classes you can look forward to playing later this summer. Based on classic MMORPG roles, the warrior and scholar are similar to the tank and healer classes you have grown to love in traditional MMORPGs, but each of them has their own unique flavor thanks to the skills and Astel combos that you will only find in Astellia.

We’d like to thank Barunson E&A for sharing this look at two of the game’s classes with our readers. Hungry for more? Take a peek at some of our past coverage of the game, including our interviews with the studio from January and April.