We’ve been keeping an eye on Korean-born Astellia for several years now as the full-scale MMORPG has trekked through development. As revealed in January, while Nexon is publishing the game in its home region, Barunson E&A – also the majority owner of the studio behind the game, Studio 8 – is publishing it in the west this summer. It’ll be a buy-to-play title, with plans to dodge pay-to-win and feature PvE, PvP, raids, crafting, and even un-gender-locked classes (contrary to the Korean version). The studio’s even acknowledged that import MMOs have become a “smash-and-grab” – and it’s specifically not doing that.

Today we’ve got an exclusive dev blog from Barunson all about the game’s skill system, a hybrid design that caters to old-school MMO players – with a twist.

Dive Into the Astellia Skill Systems

MMORPGs are a staple of the Online Game Genre, and at the core of each MMO is the combat system. In Astellia we have adopted the classic Tab Target Combat System along with class-based skill sets, as these hold truest to the Classic MMORPG Experience. However, we are always seeking out new ways for innovation and refinement, to this end we have structured five elements of depth to each users combat experience. 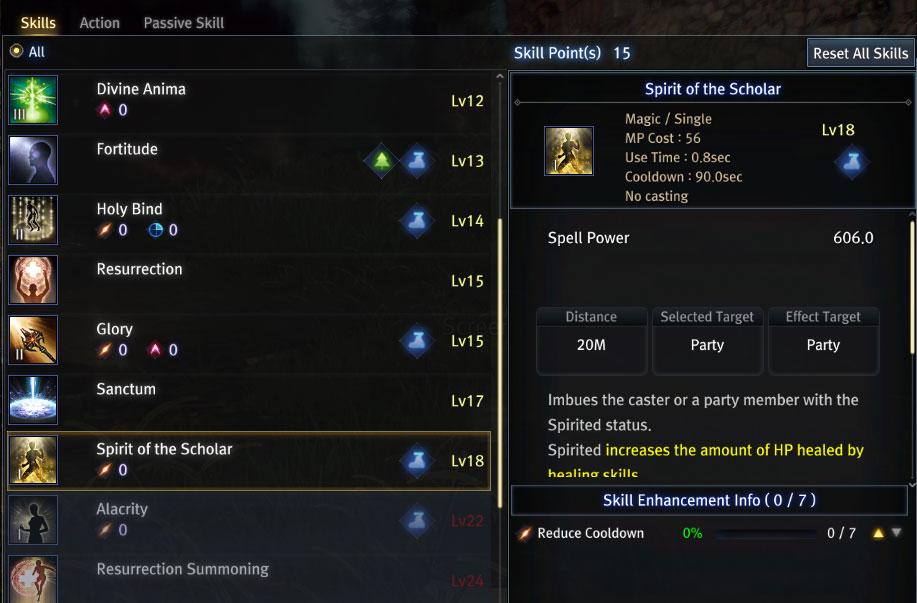 The Skill Point System allows users to customize each skill of their character in unique ways based on the skills effect(s) / operation. As an example, the Warrior’s Shield Slam can be modified to have an increased stun duration or have a reduced cooldown based on your preferences. At first glance this may not seem like a major transformation, but when you take into consideration that each skill can be adapted to suit your needs, the end result is a unique combat experience specifically tailored to your preferences.

Astellia does not offer “Action Combat”, but this does not mean we have ignored other combat styles. In fact through reviewing such systems, we have been able to add a layer of responsive combat content, in the form of Active Dodging. By double tapping the directional keys players are able to swiftly dodge out of incoming attacks, reposition themselves on the battlefield quickly, or intercept incoming enemies before they reach the rest of your group.

Between five classes and over thirty different Astels, players have a large selection to choose from when it comes to group composition. Many of which have special combination skills that are activated in response to player skills. As an example, the Assassin class has a backstab attack that quickly teleports the player to their intended target, with Seika (An Assassin Astel) summoned, she will join the player in the sneak attack. Drastically increasing the overall damage output. Each class has specific Astels they combo well with, each combo adding more complexity and diversity to the combat system. 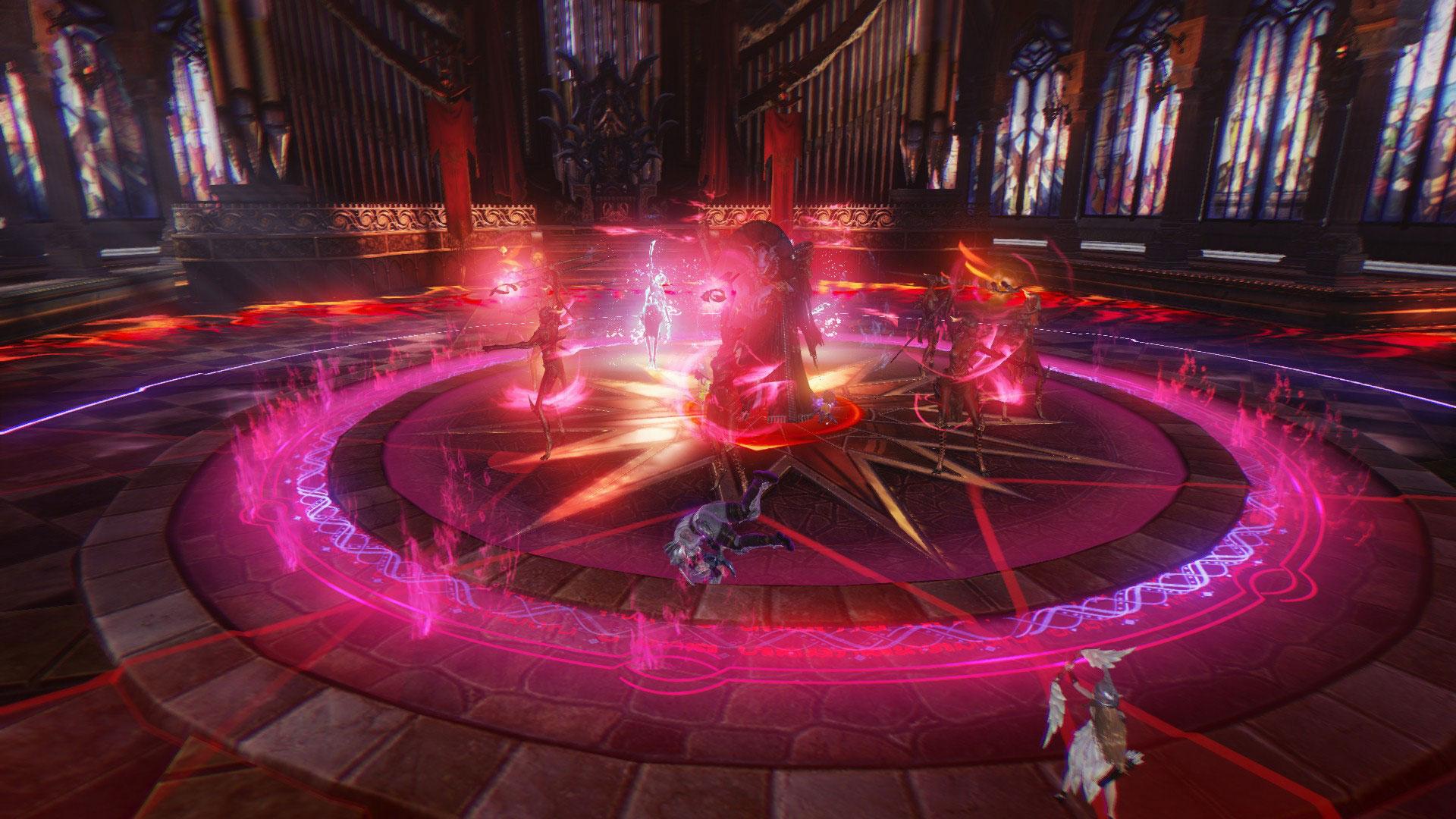 Many games have a rigid skill system that is very linear, others rely on complex macros to make custom actions. In Astellia we have taken a more streamlined approach to how players build their rotations & skill combinations. Within each action bar, is a built-in function for creating skill sequences. By clicking on an action slot, users are able to quickly and easily build their own combos or sequences, to suit their playstyle. As an example Warriors will often combo their Defensive Cool Down(s) with an AoE Taunt, in order to seamlessly provide a defensive boost while they gather aggro on all hostile creatures in the area.

Last, but definitely not least we are excited to share a small update from the future development. Based on player feedback we have collected at this early stage, we have wanted to drastically reduce the amount of animation locking players experience in combat. Our current plan, although still in development, is to allow for Active Dodging to interrupt these skills. The goal is to promote a more fluid and responsive combat system for Astellia. Of course, this is still in development, and it will need to be tested, but we are excited to continue polishing and refining our systems based on your feedback. 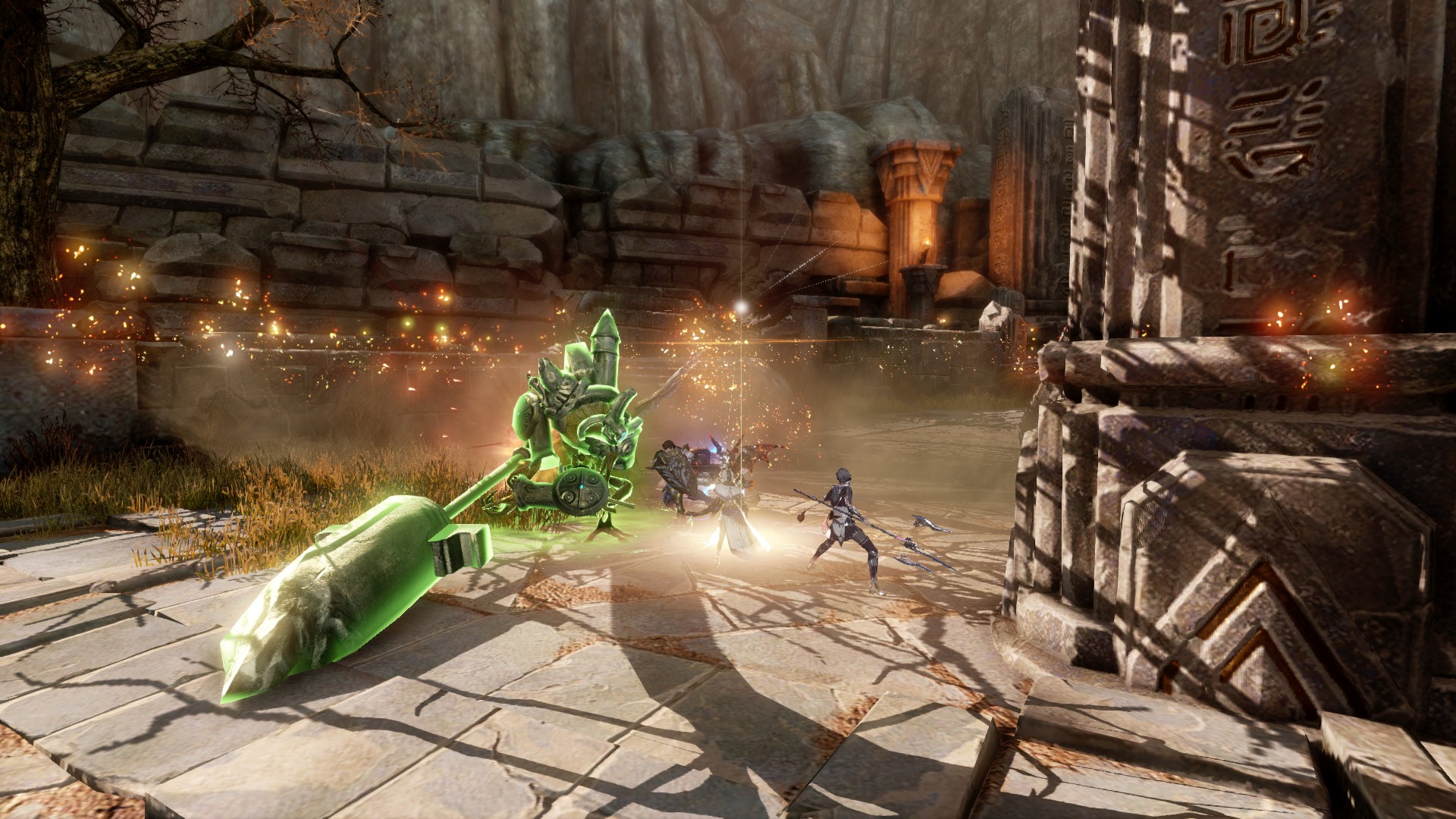 The Classic Combat System, combined with these five points make up the heart of Astellia Combat and we are confident if given the chance, each player will be able to find the right balance for their personal experience. That being said we will continue to review, refine, and polish this system, as well as all other systems in the game as we work to bring Astellia to the West. Stay tuned to our »Home Page« for more updates, and if you have not joined the Fan Made, Community Driven Astellia Discord you can check it out Here.

We’d like to thank Barunson E&A for sharing this sneak-peek with our readers! If you’re angling for more, definitely check out some of our past coverage of the game, including our detailed interview with the studio from January.