The virtual universe of EVE Online is bracing itself for an invasion, and it looks like things will be kicking off much sooner than expected on May 28th. The Invasion expansion will see the ancient Triglavian race emerge from their twisted abyssal realm and enter the New Eden star cluster, potentially leaving massive destruction in their wake.

END_OF_DOCUMENT_TOKEN_TO_BE_REPLACED
In addition to what we suspect will be Triglavian incursions, we’re also getting a new set of tech 2 Triglavian ships, new mutaplasmids for damage controls and assault damage controls, and several other major improvements. The next stage of the war declaration revamp will simplify war fees with a flat fee system and make it simple to set up free mutual wars. The Agency is also getting a complete rework to be much more functional and help new players more, and some much needed balance changes will be coming for faction weapons.

Read on for more information and photos from the EVE Russia event at which the expansion was announced. 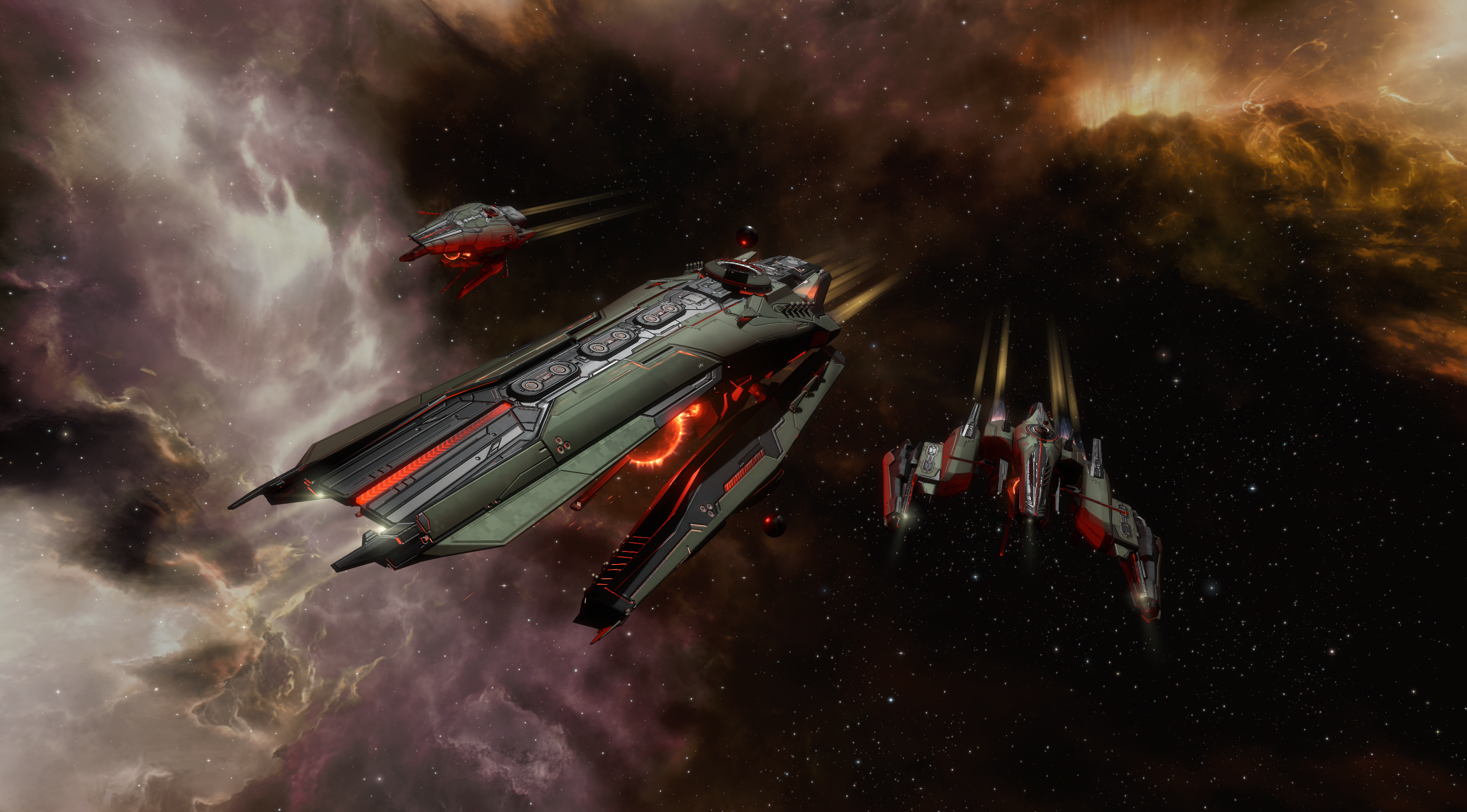 The Invasion expansion builds on the recent storyline surrounding the Abyssal Deadspace PvE gameplay mode. Players entering some high level Abyssal dungeons have stumbled upon Triglavian shipyards where ships many times larger than a titan are under construction. Those brave enough to attack the shipyard were able to loot communication terminals used by the Triglavian collective to share plans, and they then began intercepting Triglavian communications.

The messages came in the form of videos featuring partial ship schematics and Triglavian text, which players painstakingly translated and pieced together. These logs use a strange corrupted form of language that makes them difficult to interpret, but the one thing players agree on is that the collective is analysing us and our capabilities. The latest messages point to a plan being approved to enter our space in what we believe will be incursion style invasions featuring massive Triglavian motherships. Player organisation Arataka Research has released the following video on recent developments:

Other announcements for Invasion

The Invasion expansion was announced live at EVE Russia as part of the EVE World Tour. I was on the ground at the event today, and though the announcements were all in Russian I could at least tell that people are excited as hell. Mutaplasmids for damage controls and assault damage controls will make the new Triglavian assault frigate and heavy assault cruiser a lot more interesting, and the new Triglavian command destroyer was getting big attention at the event.

Faction, officer, and storyline weapons will be able to use tech 2 ammo after this expansion, making them much more viable choices for PvP. There will also be a number of UI improvements  to the station interface and a complete rework of the Agency tab. The Agency tool was intended to help increase the discoverability of content in EVE, but in practice it’s unfocused and difficult for new players to use. The new system aims to respond to that question every new player eventually has of “What do I do now?” by letting players select the type of gameplay that will appeal to them and then showing those opportunities. It sees the return of the Agent Finder, and will be focused on PvE for now.

Disclosure: In accordance with Massively OP’s ethics policy, we must disclose that CCP paid for our writer’s travel to and accommodation at this event. CCP has neither requested nor been granted any control or influence over our coverage of the event. In Soviet Russia, Triglavian ship farms you!
Advertisement

Lord of the Rings Online dev explains the rationale behind hub-based...