Remember back in the fall of 2018, when there was a flurry of speculation over Shroud of the Avatar as Portalarium’s Richard Garriott shed his CEO title? “As we have adjusted our direction and team to focus on Episode 2 we have decided to eliminate any titles and positions with the word Officer, including my own which was CEO,” Garriott posted at the time. “This leaves me to focus on my true role as Creative Director while Chris Spears and Starr Long can focus on the running of the team.”

It seems now there might have been a bit more to it, as some Reddit sleuths and tipsters dug up a 2018 filing on the Texas Comptroller’s website that seems to indicate that last year, not only did Garriott drop the CEO title, but Chris Spears was granted it. A simple public records search brings it up, but we’re censoring addresses in the image we verified here out of respect for the board’s privacy. 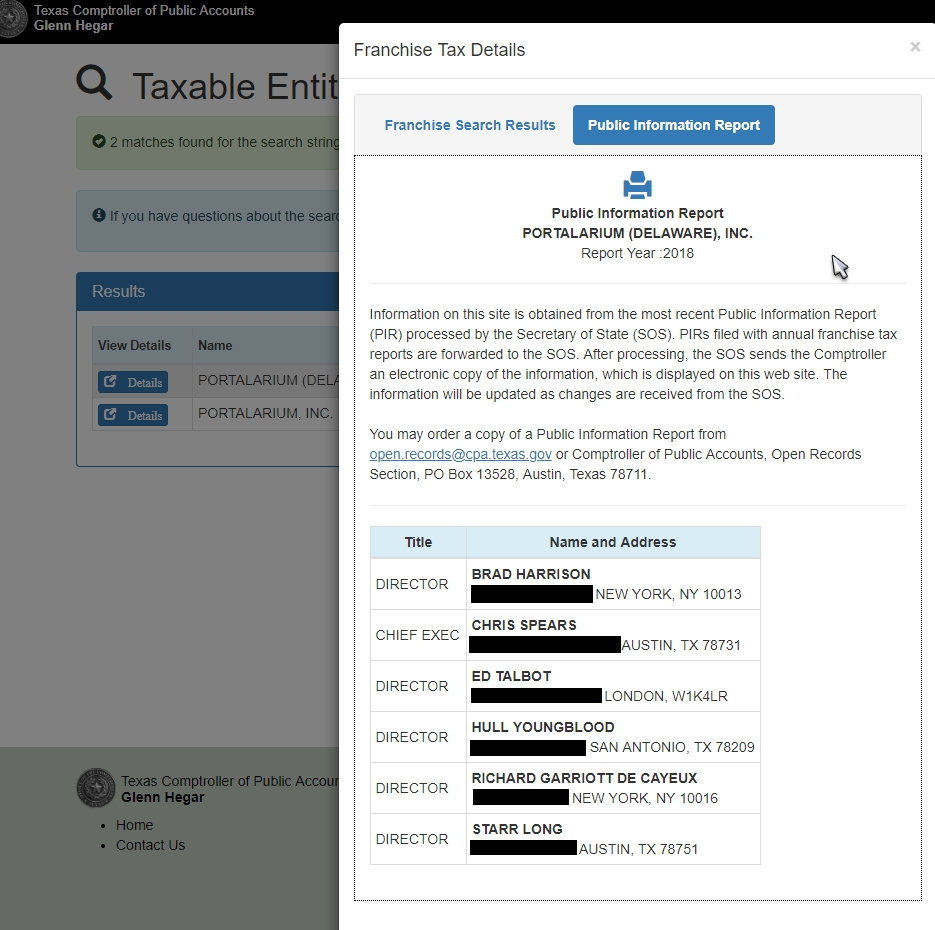 The realization caused consternation across Reddit and the official forums, as people wondered whether they’d been deceived somehow about who was running the company.

We reached out to Spears this morning to inquire about it, and in his correspondence with us, he seemed baffled that he was listed as the CEO. “While I did knowingly take on a company leadership title, it wasn’t CEO,” he told us, suggesting that titles at a small company don’t really mean much to begin with. His bafflement seems backed up by his statement on Twitch and initial statement on the official forums where he says it’s not true, presumably before seeing it on the Comptroller’s site, but that comment has since been deleted, while others – for example, the spot where he suggests “the board of directors controls 100% of the power and [he’s] not on the board” – have merely been moved.

(For context, I am the CEO of MOP’s LLC on paper, but I’d never represent myself that way outside of official documentation either, so this part of what he’s saying isn’t at all impossible, except that I know exactly what our tax paperwork says and how I am liable for the company. It would certainly be disturbing for a board to appoint someone CEO even on paper without his or her knowledge.)

Portalarium has recently made headlines over other foibles, including seemingly missing a SEC filing deadline, deleting a thread from $500+ Kickstarter backers who sought information on their still-unfulfilled physical rewards, and closing down its physical offices.

Shroud of the Avatar raised nearly $2M in crowdfunding from gamers on Kickstarter in 2013 and an additional $789K in public equity crowdfunding from players and investors in 2017. At the time, Portalarium claimed a valuation of $25M, with $11M in crowdfunds, making SOTA at that point the “second-largest crowdfunded game in history.”

The game itself, as we’ve been covering for many years now, has a rather small population spread out between the game’s launcher and Steam; in the latter, concurrency has been low but steady for the last five years. Spears tells us, however, that he’s embarked on a “re-engagement campaign” since the end of April and has clocked “more than a thousand” returning players who’ve logged in two or more times in the last two weeks, with over 2500 new players jumping in since early May. He also shared with us a graph from the game’s recent dev stream, showing new players who logged into the game for the first time. 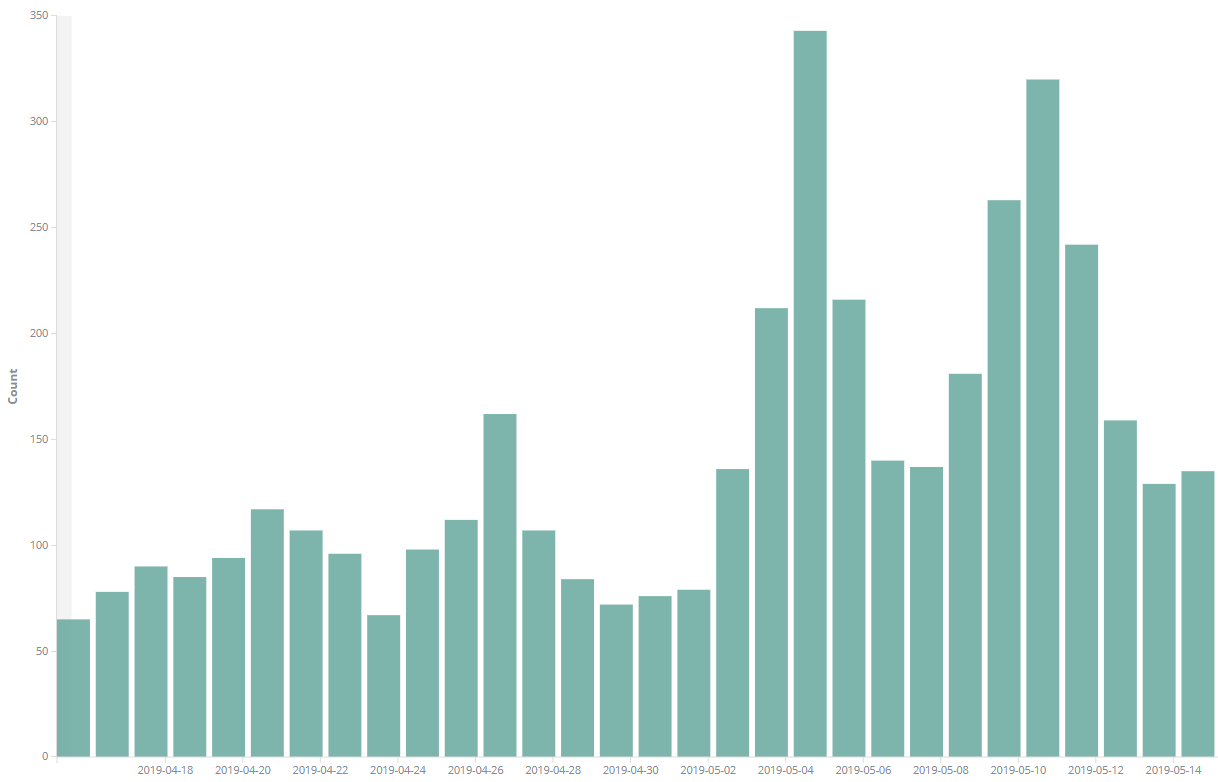 “Still trying out different angles but you can see the second weekend actually pulled in even more new people than the first weekend,” he says. “Trying a very different angle this weekend and we’ll see how it goes, but very positive overall.”

Source: Reddit, official forums, Texas Comptroller. With sincere thanks to all of our (many!) tipsters on this one.
Advertisement