I have to admit something, to everyone reading this and to myself. I’m not sure I missed City of Heroes as much as I had first thought.

Trust me, I realize how blasphemous that might sound, especially since I’ve written about the game on more than a couple of occasions on my own personal blog before. I still contend that it is an outstanding game and does so much right that modern MMOs just seem to utterly fail at or forget was done well already. But the fact remains, my time in Praetoria may have soured me a bit to the title. 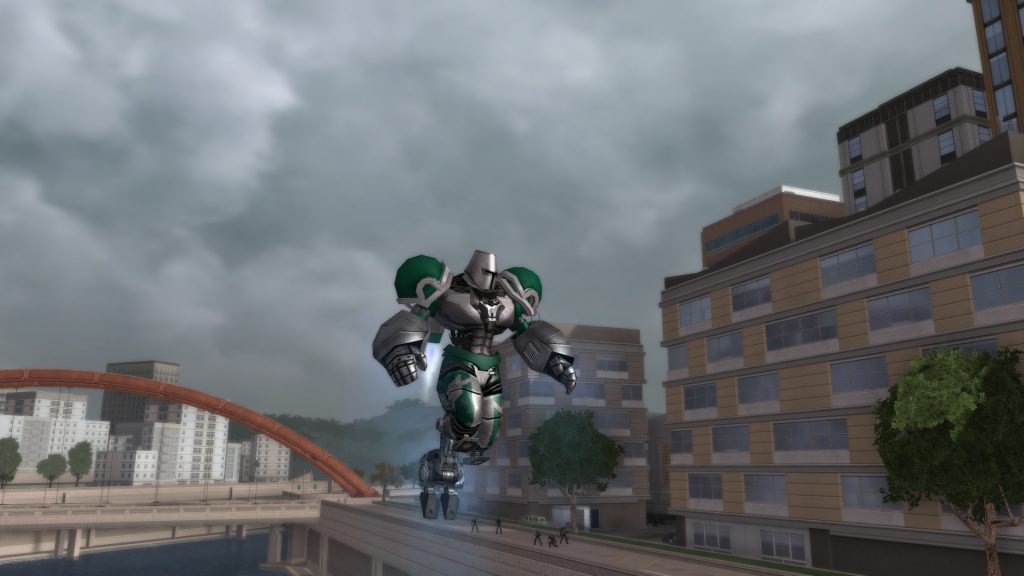 Perhaps it’s a fault with the Going Rogue expansion itself. As I wrote a couple of weeks back, this expansion’s starting experience is definitely “CoX Hard Mode” with enemies that employ tactics that are well above and beyond the sort of things a new character is capable of mitigating, let alone a new player. This is an absolute shame because whatever frustration those enemies provide just barely edges out the enjoyment I got from really paying attention to the quest text. The expansion really does a great job of building the world of alternate Paragon City, but it’s just not good enough to muddle through the hell of lower levels.

Perhaps it’s a fault with the class choices, though being left to my own devices seemed to help just a tiny bit here. I’ve officially confirmed that Masterminds are just not my bag, but I really did want to try. Brutes definitely feel like they’re closer to my style of play, but even that class got overwhelmed. Especially by those freaking Ghouls oh my gosh stop falling from the ceiling and healing your friends when you die why do you do that??

Maybe I’m just a bit too emotionally attached to what’s new and now. I know the common refrain from many is that the old days were the good days, and in some cases I can certainly agree, but really I still feel like MMOs are in a more entertaining, enjoyable, and wonderful place than they’ve ever been as far as play experiences are concerned. The genre’s commercial viability is certainly a point to debate, but I’m not here to raise that argument. I just like playing the new stuff and looking at what’s coming up next. Yes, I still anticipate games. Startling revelation, I know. 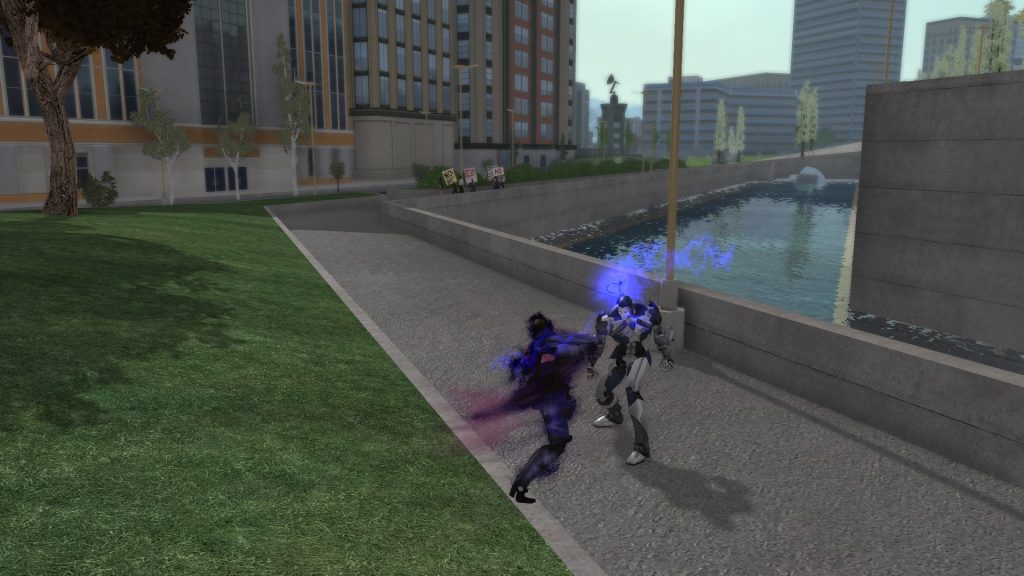 Or maybe I’ve just said my goodbyes to City of Heroes. When I visited Paragon Chat some few years ago, I was awash with joy and nostalgia. The opening music thrilled me and brought back years of experiences back to my mind. I was able to rebuild my main toon from pure muscle memory. Super Jump travel was immediately obvious. But as I leapt around the empty city, I started to realize that I was missing the people. Now that I have the people, I feel like I’ve been away from the game for so long that it just felt… well…. lonely.

I guess the counter to that complaint, then, is to simply find new people to be with. The problem is those damn rose-colored glasses will always be peered through as I try to stack new friends up with old friends. The idea that they may fall short of that nostalgic ideal is unfair to me and especially unfair to them.

Or maybe I’m just overanalyzing this whole thing – maybe I should just play blueside and ignore that goldside is even a thing at all. I like the character concept of the Witchfist, after all. Maybe I can roleplay with her, assuming that roleplay is active in Homecoming. 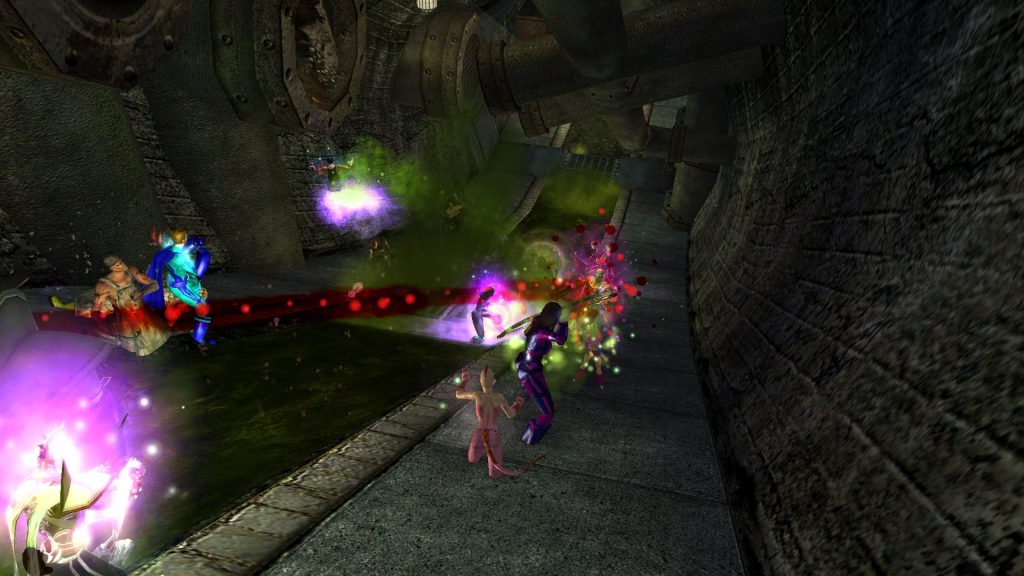 In spite of its age, though, City of Heroes still does so many things right. That character creator is top notch, from powerset development to aesthetics. The team dynamic that’s fully modular and can be adapted to suit anyone’s needs is brilliant. The combat is actually pretty fun (except for Mastermind), even though it’s nowhere near as action-packed as modern MMOs can be. It even still holds up from a visual standpoint more or less, if one ignores the mitten hands. If you’ve never played the game before or don’t have the weird overthinking brain goblins that I can have, it’s never been a better time to have your own Homecoming.

Even so, there’s just some cog missing from the machine, like that one stupid inventory item you left several screens back from a point-and-click adventure game. Some ingredient to make the glue of City of Heroes stick for me again. I’ll probably revisit things on my own time with my own character and try to really re-establish my own connections, but I really think I maybe have truly moved on. 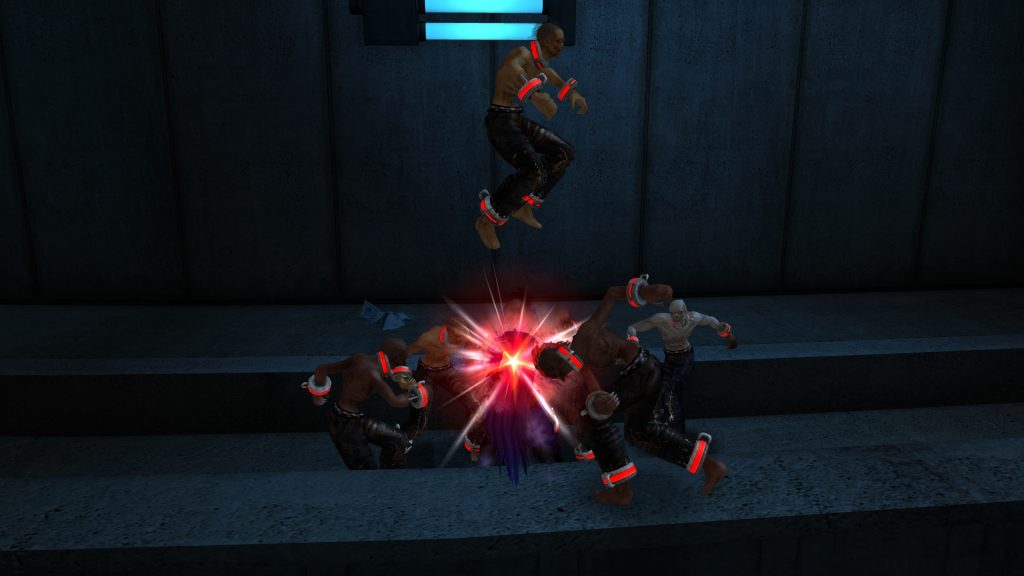 Speaking of moving on, it’s time for CMA to head on to this next month’s adventure. To the chagrin of at least that one person in the comments, August is Not So Massively Month, when every week I’ll be dipping in to one of the multiplayer or pseudo-MMO-like games that we cover here on this site. Being one of those filthy game-hopping casuals, I expect this month should be a good time, and I look forward to everyone taking the journey with me. So with that, let’s open our poll!

Now, seeing as this next month is going to focus on games that are pretty straightforward in terms of things to do, I’ll generally be opening the polls to determine what game to cover for the week. Last week’s poll had you determining my starting point and the winner was either Dauntless or Monster Hunter World, which means you all would like to see me whup on some giant beasties. So this poll’s question is this: Which one should get the nod for next week?

Which creature hunting multiplayer game should I play for the week? 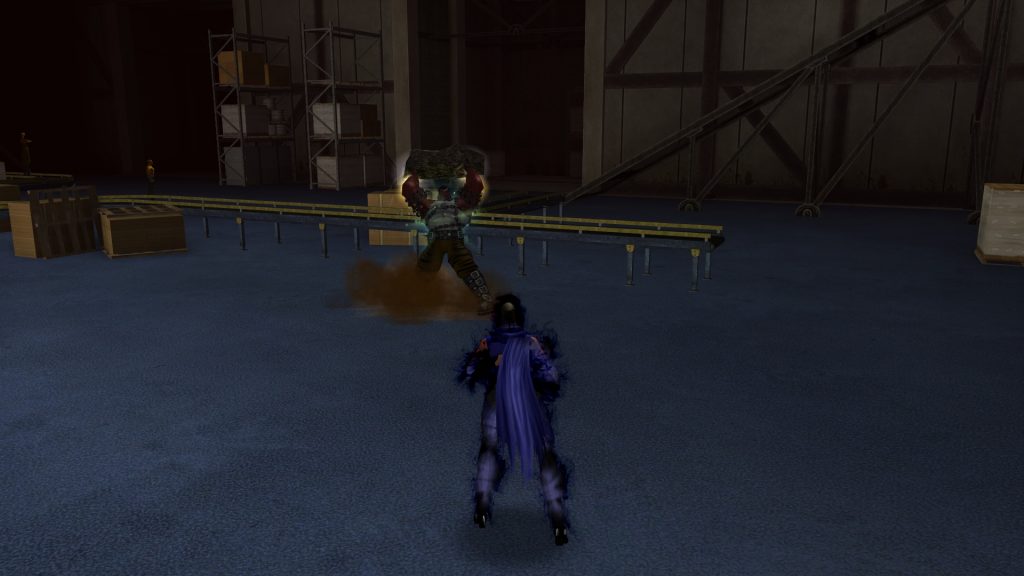 As usual, polling will close up this upcoming Friday, August 9th, at 1:00 p.m. EDT. I know that this is unusual for this column, but I hope you’ll all join me in saying vive le difference and steer this madcap idea of mine along. Also, if you have suggestions for games that fit the month’s theme, feel free to leave them in the comments below. Because, as always, this is your column as much as it is mine. Until then!

To be honest, I haven’t been playing it that much lately either. I’m glad it’s back and certainly didn’t mind donating to keep the lights on, but I’ve done most if not all of this before and while it’s still my favorite MMO overall, we do need a new version with content updates. This is part of why I won’t be bothering with classic WoW, and I vastly prefer CoX over WoW.

This is part of why I really don’t like having a subscription to games. I like being able to just play when the mood strikes me, like my recent time playing some old Atari 2600 games from my childhood. I’d like CoX to be there when the mood strikes me but it’s hard for me to play it like I normally play MMOs; i.e. very often and for long duration play sessions.

It still has done more things right than any other MMO I’ve played.

Its only natural that the player base would drop off after the initial euphoria and nostalgia wore off. However, There will always be a core base that is dedicated to this game , paying the server maintenance until they shut the lights off again. This may be why NCSoft decided just to let it be to see how things shook out.. COH/COV is still top on my current play list, but without new stuff coming out there’s that creeping feeling that you’re eventually going to be at a wall that you can’t cross, and you’ll never see the Coming Storm or the Battalion.If nothing else the revival did heighten my interest in City of Titans.

Very true. I myself found my enthusiasm waning when all my old friends didn’t also come back. I suppose I could make some new friends to play with but my old friends were extremely cool. I have to take a break due to my gaming computer being in a non-air conditioned room but at least I got to do a lot before that happened.

Ehh, not for everybody as evidenced below but there is still nothing combat-wise that I like as much as CoH and there are still a few powersets as well as many combos I’ve yet to try. I mainly scaled back because I have to, you know…work so staying up to 12 every nite was a little draining. I’m comfortable I’ve got plenty to do.

I’m not the need the most intense experience up front because I like earning my progress and I’m not the gobble up every bit of content like a locust asking for what is next and I’m not a this better play close to an FPS game or combat sucks so I leave within the first month type of person. I’m still happy it is back and donations get met within 30 minutes still.

The only reason I might fall out of love with COH is that on my server the population seems to be declining. When I log in after work the server is not at red 3 bubble capacity which it has been for months. It is now 2 yellow bubbles. There are also less LFG team advertisements and I have had to solo because I can’t get a team. I hope the population doesn’t decline anymore because to me COH is all about teams.

If only server transfers were available and free… oh wait, they are! Come on over to Excelsior! :)

I did notice that Excelsior seems to be the only red capacity server now. But I have 40 characters so that would be a big move! and some of my character names might be taken. I have also gotten used to the community of my server. But good to know I could transfer if things slow down more.

Thanks for the Supertramp!

I enjoyed the heck out of playing CoH again but that last 10 lvls or so really was a grind and a half, and that’s with my xp turned up to 2x with the P2W vendor.

Nah, I agree: I probably got enough of CoH this time around.

Aww Chris I know, I know-

I was reminded of how things in COH bugged me. I really hated the whole upgrade your powers with those slots and the combat is just flat out bad too. Sure people can love on the games return but if you can’t admit how some things are bad then you are the problem. I will always pick the Champions Online version of earning new powers every few levels and its combat over COH every time.

Revisionist history aside, most players had already walked away when NC decided to pull the plug.

True of every MMO ever. Most players walk away from an MMO within a few months of launch.