“Gee,” you say to yourself, “I sure wish there were a good cross-platform MMORPG I could play on my phone and PC. One that doesn’t play itself. Maybe an indie game that has a colorful, old-school art style and a sense of humor. But alas, that is an impossible dream.”

You sigh deeply, then open Massively OP to see what there is that you can try. Little do you know, this is your lucky day. Today in the pages of the MMO Cartographer, you will read about Villagers & Heroes, the game you just described to yourself, brought into reality by Mad Otter Games. 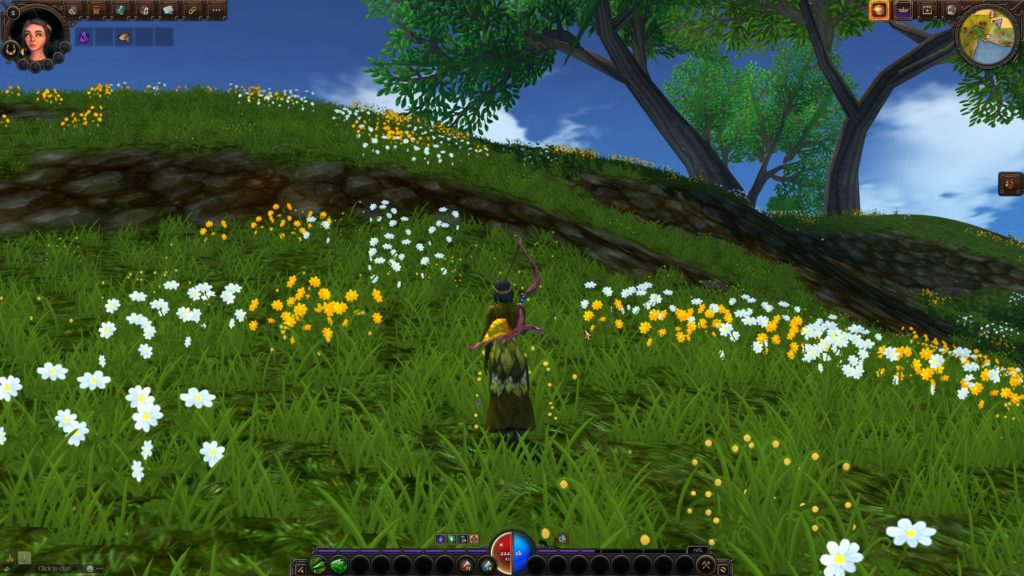 Villagers & Heroes, you might recall, tied with Project Gorgon to take home MOP’s 2019 Indie MMO of the Year award. It had been somewhere on my “to play” list, but those nominations were enough to catapult it to the top. I had some foggy, distant memory of having tried it at some time in the past, but it would be fair to say that I went in cold, a raw newbie to the game. I played on PC, so I can’t comment on the mobile version (you can check out Chris’ explorations on mobile, though, if you like). What I can tell you, however, is that the game took me by surprise at several points, and I mean that in the best way possible.

The first thing that caught me off guard was that the character creation has a voiceover. A good one, no less. I realize that most games have some voice acting to one degree or another, but I didn’t expect to be talked to while I created my character. Other than that, it is a simple character creator – pick face, pick hair, pick skin, hair, and eye colors. The eye color selection also contains several eye styles, in case you want cat-eyes, dilated pupils, or solid color eyes. I fiddled with it a little bit and soon had a Hunter with some freaky yellow eyes. Perfect. 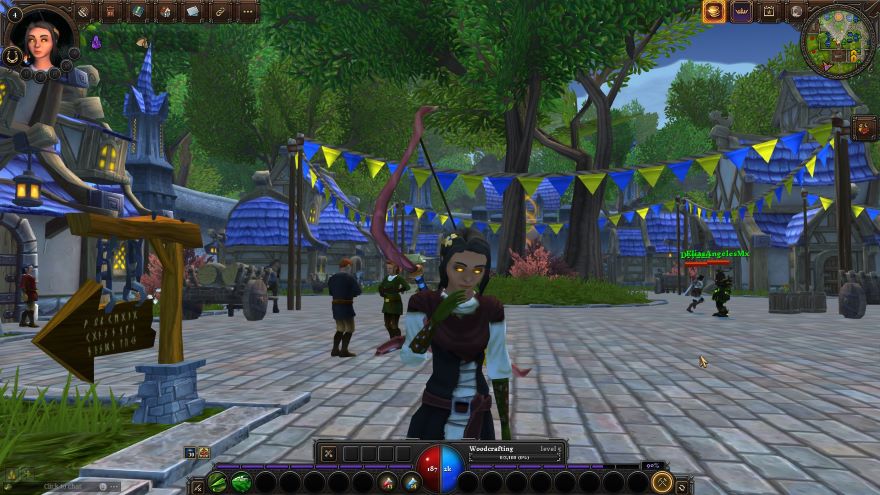 There’s an “escape from newbie island” scenario tutorial that gives you the absolute basics before sending you off to Summer’s Hollow. (“Escape From Newbie Island” would be the worst movie ever.) Summer’s Hollow is a pleasant little town. The main storyline quest involves the disappearance of an actress, Clementine DeClancy, under mysterious and magical circumstances. There are strange things afoot in Summer’s Hollow, and your investigation will lead you out of town and into the fields of Dagmar’s Strand. Most of the quests are of the “kill 7 critters” or “fetch me 5 sporks” varieties, but the story that accompanies those is more interesting and coherent than I’ve seen in some much bigger games. (Your mileage may vary.)

The first couple of zones also offer some side quests to familiarize you with other systems, such as gardening and ranching, gathering and crafting, and gnogmentation. That last is essentially a way of combining and enhancing gear– it’s too much to get into in this general overview. (That’s fine, though. There’s an NPC for that.)  Among the helpful townsfolk of Summer’s Hollow, you’ll find an NPC who wants to teach you about villages. 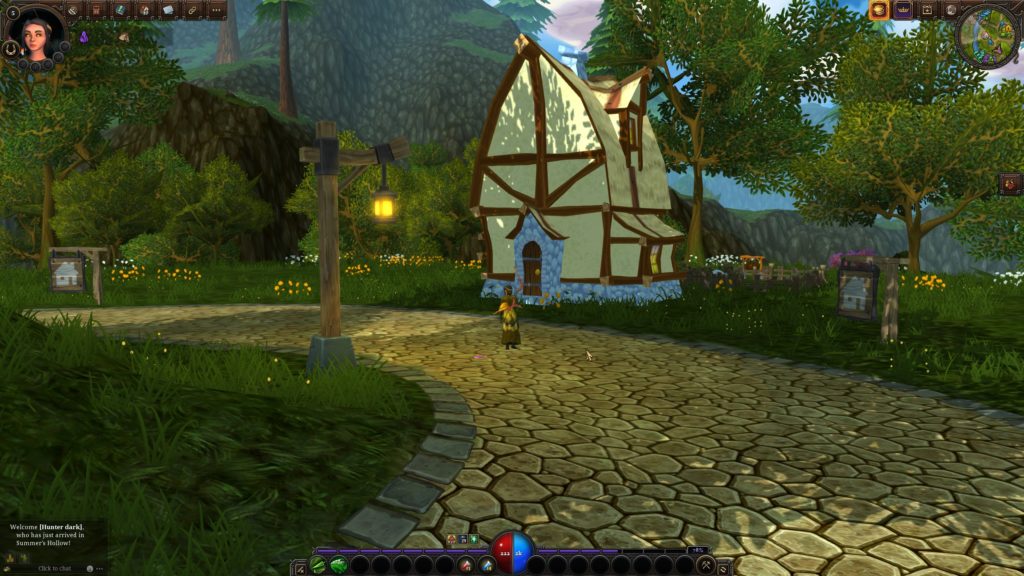 Right by that nice fellow is a portal to the villages, instanced neighborhoods where you can place your homestead for gardening and ranching. You get a free but basic house too, but you can’t go inside; it’s just a storage box. You get to pick the style of your house during character creation. Placing your house is free in a village that has an empty plot. I have read that there are other houses you can get in-game that give buffs, but I can’t report on things I haven’t put my eyeballs on. You get a garden and an animal pen with a sheep in it on your plot. Conveniently, each of those has a sign at the back that will allow you to buy seeds and/or supplies. The rent is free, or perhaps I should say that the cost of rent is logging in at least every 14 days.

I was excited to discover apples growing in Dagmar’s Strand because my sheep had been asking for them. I leveled up my Plant Lore skill picking them, just as I had gotten a couple of levels of gardening and ranching back at the old homestead. That’s right: This is a skills-based game, progressing through practice. 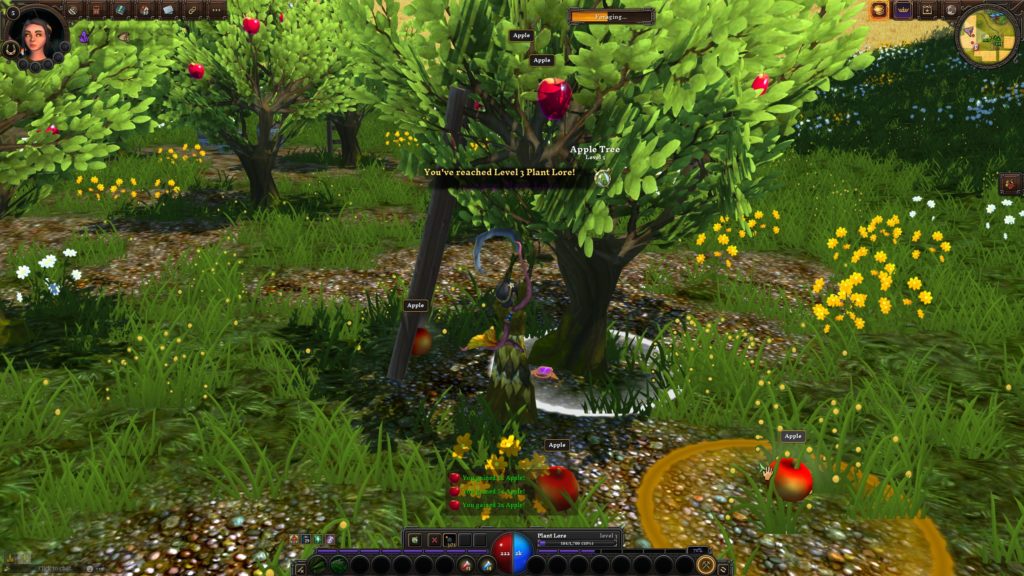 As you move through the storyline and side quests, you’ll find yourself murdering plenty of animals and monsters, causing loot to explode out of them.  Among the monsters out in the field, there are named critters, which will explode into slightly more and better loot. You may even get an achievement for killing a bounty monster! The lootsplosion effect took me back to the good old days, and I found it charming in a nostalgic way.

As I progressed further into the game, I couldn’t help but feel a twinge of nostalgia mixed with delight. It is in many ways an “old fashioned” MMORPG, refined and polished if perhaps a bit simplified. It is a well-crafted game from any studio, all the more impressive for an indie team. The graphics aren’t cutting-edge, but they are still attractive, and not bad at all for a game you can play on both PC and phone. I will almost certainly recommend this game to my brother for mobile play. We will even be able to play together despite being on different platforms, and I have warm, fuzzy feelings for games that don’t segregate platforms. 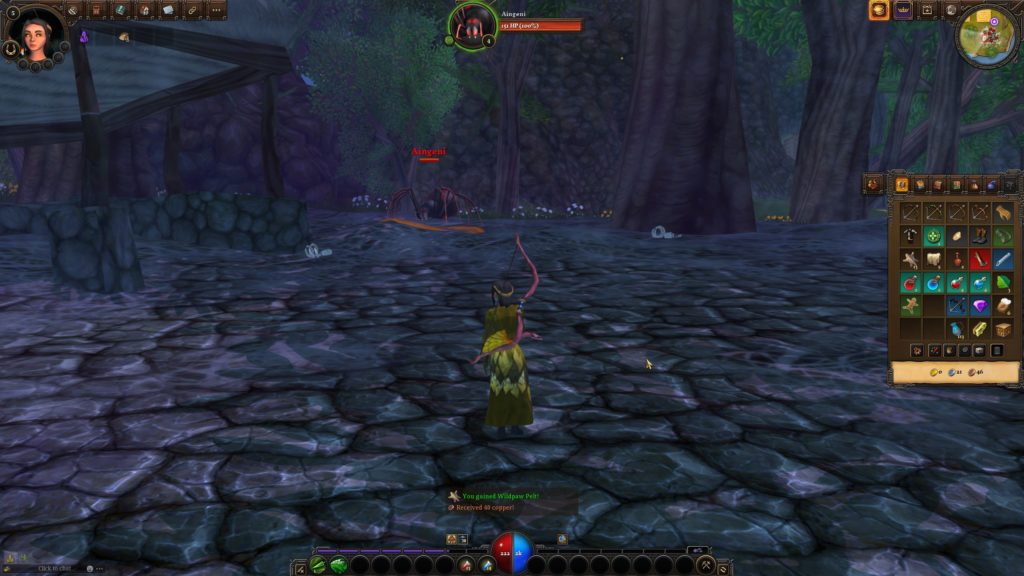 This is might also be a good game to play with an older child. It is not complicated. It is easy to figure out what to do next. Being able to play on a phone or tablet might make that even more convenient for your family. I played in numerous short sessions and found it was friendly to short session play, another parent-friendly feature. The quest log and map markers keep you on track, even if you’re not quite sure what you were doing when you last played.

This one is going to stay on my hard drive. It is a good game that has great potential. With a healthy population and updates coming regularly, I feel confident that Villagers & Heroes will be a contender for Indie MMO of the Year next year too.