Some of our staff were idly chatting about Wargaming’s playerbase this week when MOP’s Ben chimed in with a link to the official World of Tanks wiki, where Wargaming publicly presents detailed stats on each of the game’s servers, including where they’re located and how many people play on them.

I just need to take a moment here to point out how incredibly rare and refreshing that is.

I mean, just this week we saw the head of one MMO studio hand-wave over the player stats of the game, claiming to see an upward trend since August, neglecting to mention it had launched in a whole ‘nother country and was recovering from a near-collapse last summer. The day before that, we saw the head of another do that thing where analysts ask about subs and retention in the face of flat active users and basically get useless ambiguous mumbling about “engagement” in return. As MOP’s Eliot summed it up in meme form: 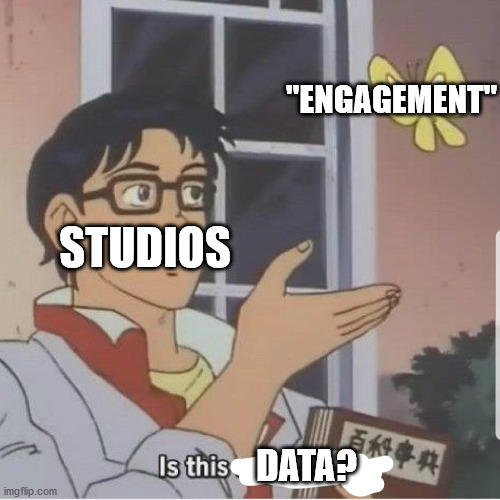 I can’t be alone in finding this exhausting, in being sick of the deception and dissembling. Do they truly think MMO players – or professional analysts, for that matter – are this dumb? Doesn’t Wargaming’s honesty prove that it’s really not necessary to shroud these very basic metrics in secrecy? Should MMO studios be more transparent about population stats?