The old Ramsgate is dead and gone. Destroyed by some sort of cataclysmic event, and with only the mysterious orb from the Umbral Deeps to thank for anyone making it out alive, this event is both the kicking-off point and explanation for why Dauntless has chosen to refresh the long-standing primary hub.

END_OF_DOCUMENT_TOKEN_TO_BE_REPLACED
I was granted the opportunity to check out a test build of the Clear Skies update, which not only brings the newly designed Ramsgate but also introduces a revamp of the sword. These two points were the primary point of my play sessions, especially since I was eager to see these updates the most. 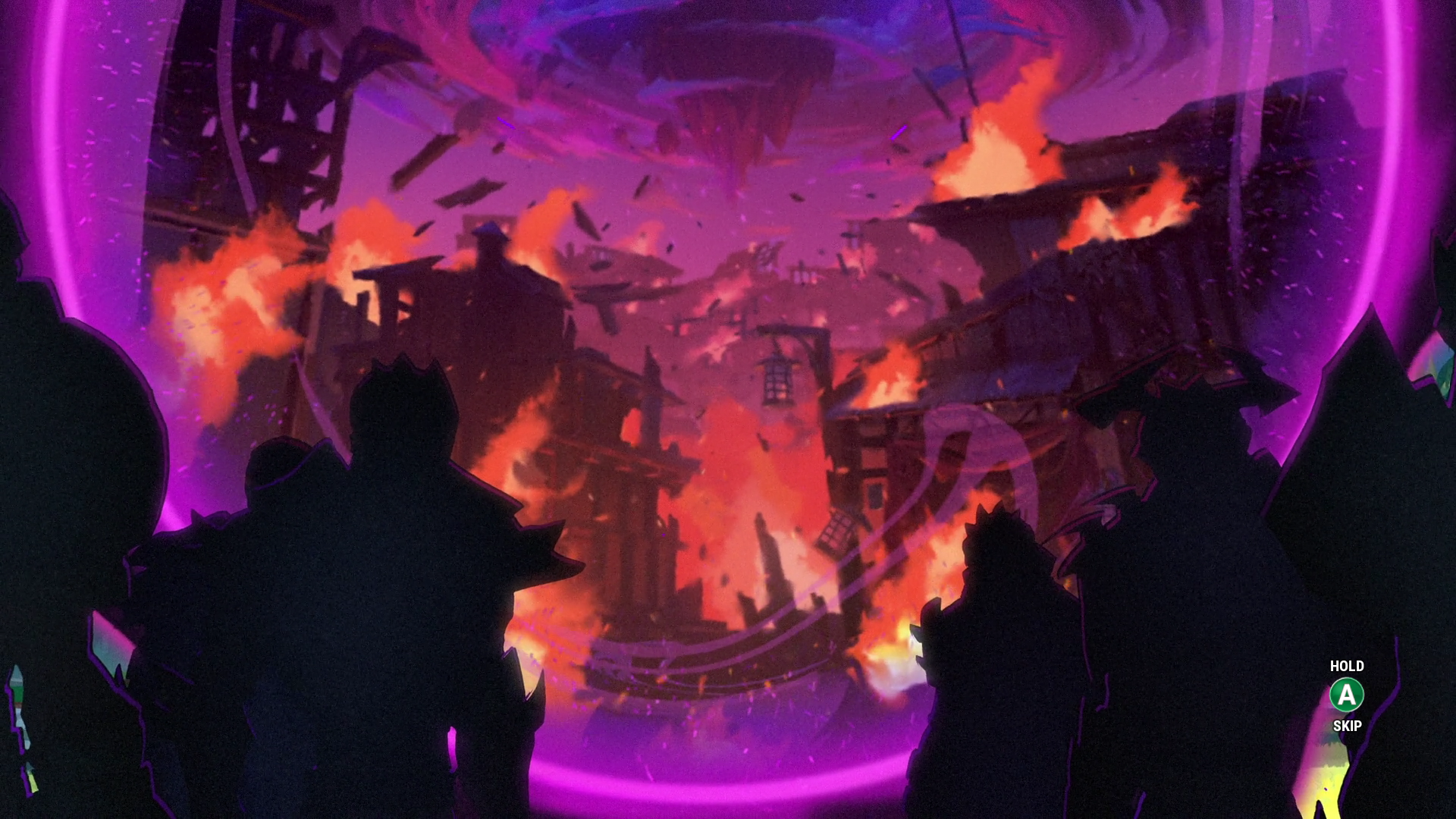 Naturally, the first thing I experienced was this new Ramsgate design, which connects to the idea of the area being built on some floating islands more than it ever has before. This design choice has opened up a lot of unique paths for the general layout of the town, with a variety of elevation changes and new buildings that are sectioned off in what can best be described as quarters; you’ve got a quarter where things like the in-game store and the Vault are located, a quarter where Lady Luck is waiting, a quarter were most of the shops are located including an adorable new vendor for all of the consumables, and even a quarter that Xaela the Farslayer has all to herself. That placement, by the way, is by design; apparently Xaela will feature prominently in a future seasonal update according to the devs at Phoenix Labs.

So while Ramsgate is new, it’s hard for me to know whether it’s improved right now. The fact that features and services are cordoned off into their own little regions is convenient, but there are a number of ways to traverse from quarter to quarter, whether it’s by following primary streets, making use of aether vents to fling yourself somewhere, or by clambering along the rooftops like a ninja. The newly added racing mini-event that can be ticked off at any time helps while being a fun way to learn Ramsgate’s layout at the same time. 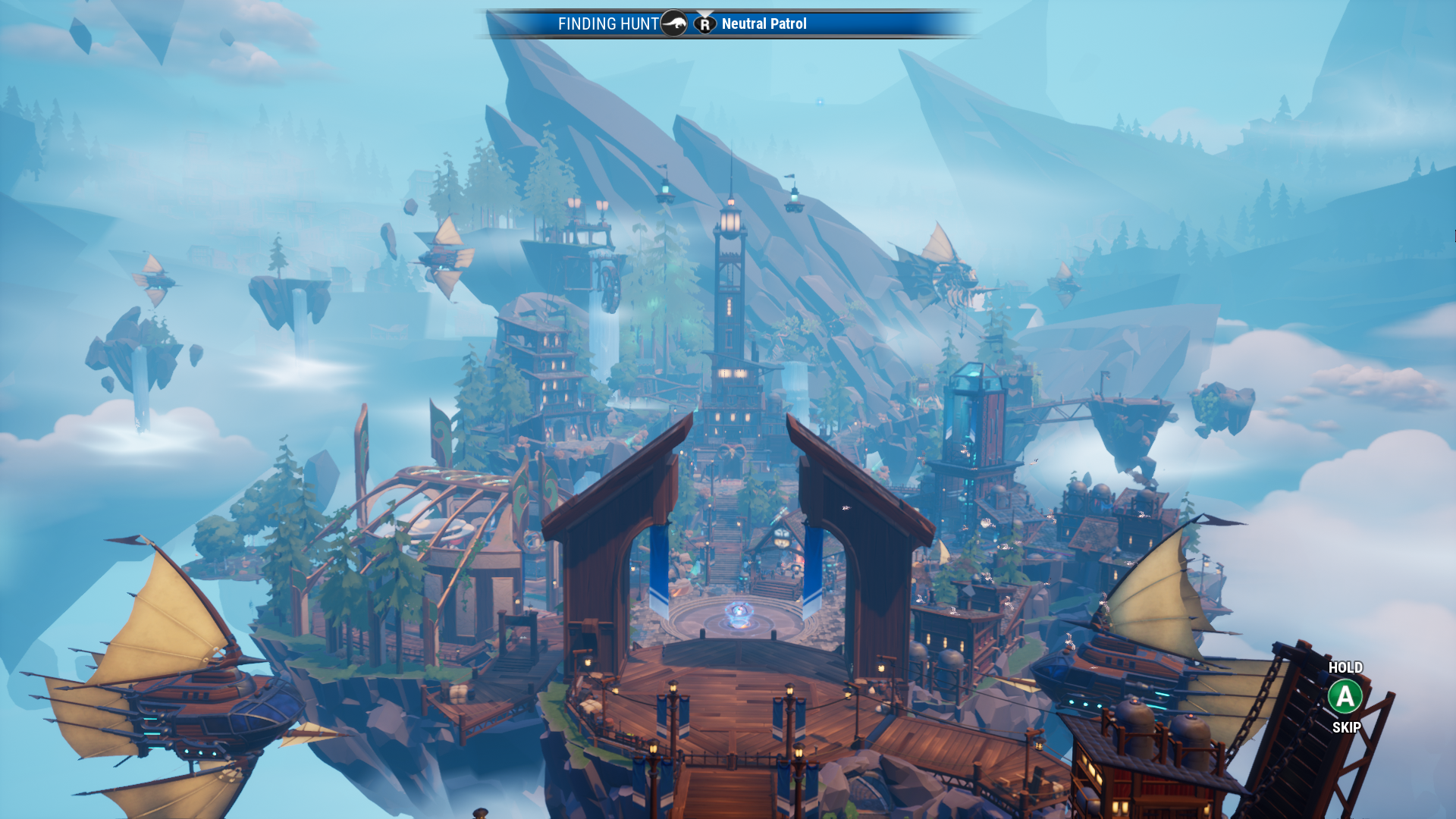 The other big personal headliner for me is the revamped sword. The very first weapon players experience in Dauntless is the sword. It was my primary weapon through a lot of the game’s life up until the Aether Strikes arrived. It’s a tried and true classic… but is also a tired and simple weapon when compared with other options like the Aether Strikers. It’s this weapon’s mechanics — chaining together combos to unlock new moves — that informs the new sword’s design.

Not only are there some dynamic new animations for light and heavy attacks, but landing the full three hits of either the light or heavy attack combos now fill up a secondary bar, which unlocks either a couple of new moves when holding down the light or heavy attack button or some new combos that end in unique final attacks. On top of that, going into Overdrive mode and completing these new combos can fill the Overdrive meter up a bit, keeping you in the state for a little bit longer.

This opens up a few new offensive options for the sword and makes filling those bars and unleashing them at the right time even more crucial. Do you save a filled bar to unload a wave of energy to interrupt a monster, use a filled bar to dash to a target and close the gap, or do you save the bars to unload an absolute torrent of pain when a monster is knocked down? These are some of the choices sword users will now have to make, which means the weapon is no longer as one-note as it used to be. 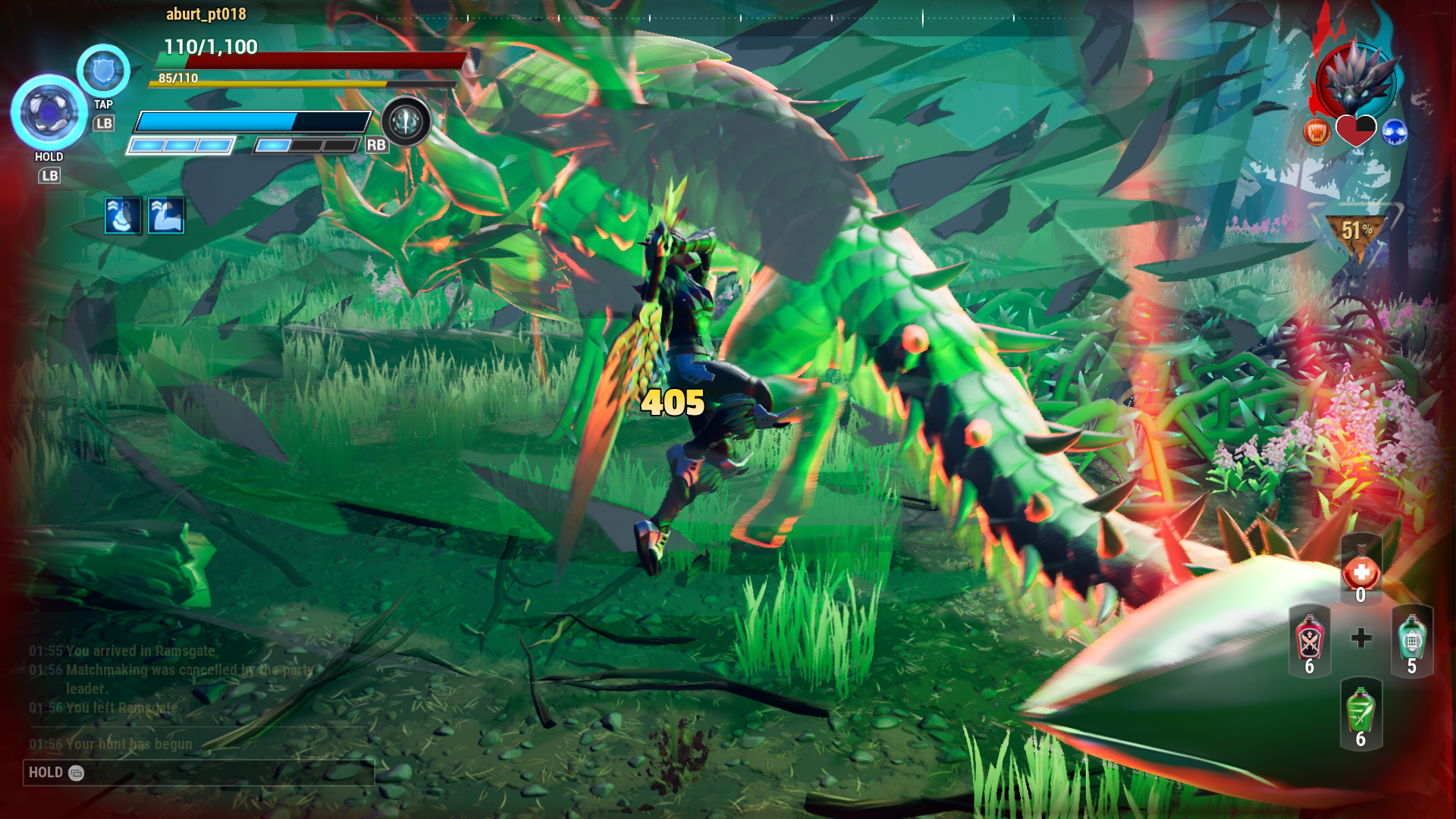 The one thing that struck me the most about the new sword wasn’t the combo options so much as the attack animations. Sword swings are now far flashier than before, but the timing for when damage comes out does take some getting used to — the final hit of the light combo seems to come out a lot slower than I’d like it to, for instance. This was really apparent against fast-moving monsters like the Riftstalker and the Embermane, where openings to put down complete damage can be few and far between.

At the same time, it is kind of nice to have to re-learn things with the sword once more. Before, I had a sword build that was mostly about putting out as much part damage as possible in order to harvest certain pieces from targets. Now, though, the sword could end up being a full-time offensive choice for me and I’m already considering some new builds to focus on the sword’s penchant for interruption options or raw damage output.

The sword might even replace my beloved Aether Strikers. Maybe. 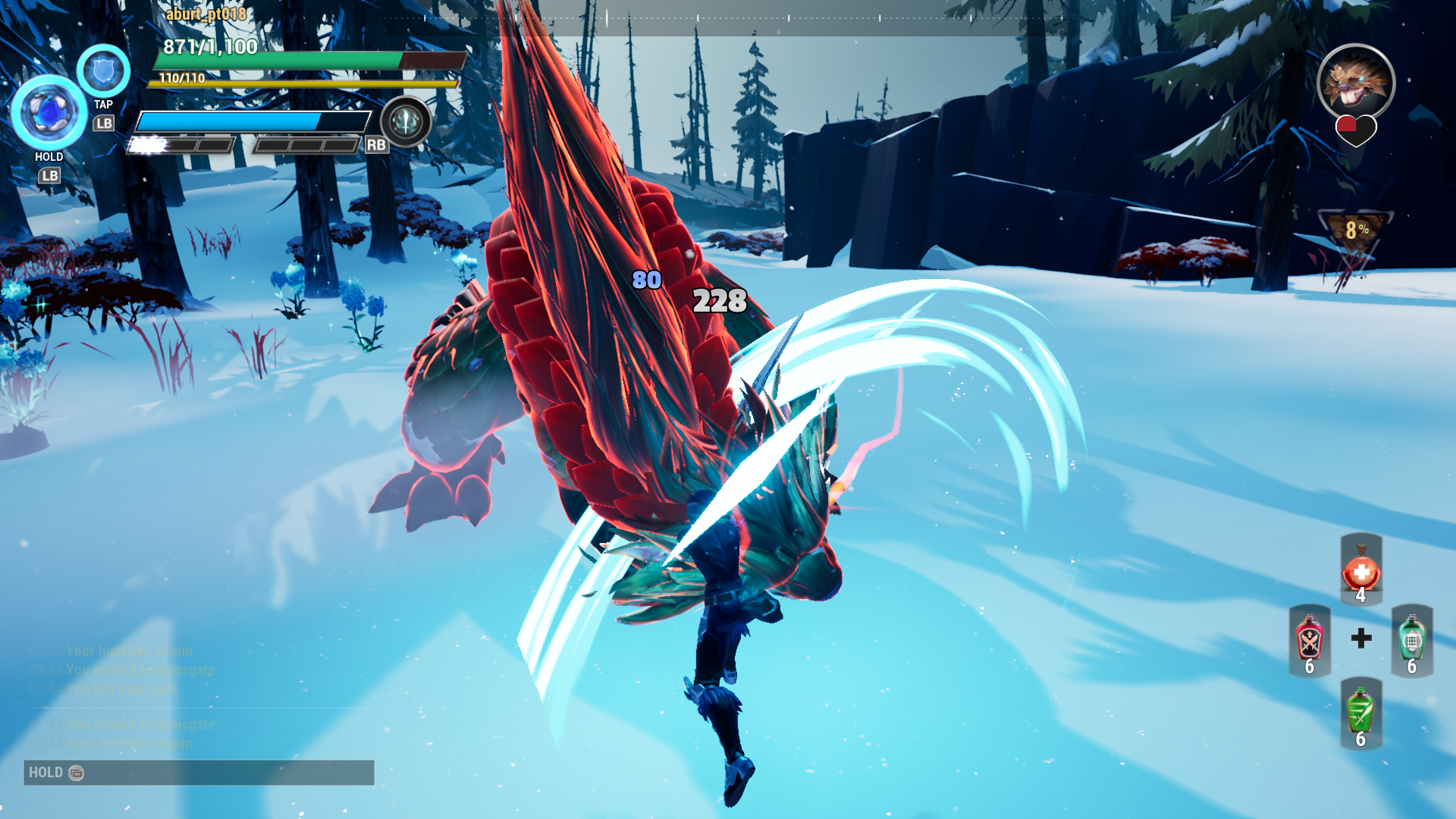 The Clear Skies update isn’t only bringing those two features, of course. There’s a new Hunt Pass full of Indiana Jones/airship adventuring-style cosmetics and some updates to the Umbral Escalation such as Amps that negate Corruption damage or turn your character into a healing beacon of light based on damage dealt, some new mods, and a few other updates to the Escalation encounter. In addition, the devs have confirmed that new Escalations will happen every couple of months — September’s new Escalation and new capstone monster is said to be “a ton of fun” according to an answer the devs gave to my question.

While the next update to Dauntless isn’t bringing new monsters to hunt, mastering the all-new sword already looks to make old hunts feel fresh again. Personally, I look forward to getting to know the old weapon’s new tricks.

I’ve always used the war pike in Dauntless but i could get behind a MH-esque big sword.