It looks like the surprising RTS title Iron Harvest 1920 is going to be doing a whole lot of growing over the course of September. A roadmap shared by developer King Art has provided confirmation that there will be new content updates every week this month.

Week two is adding a new 3v3 map and the ability to play the main campaign in co-op; week three sees a glossary and a new 2v2 map; week four is getting auto-cast abilities and ranked mode for multiplayer; and finally, week five sees a new 1v1 map added. In addition, the post has instructions on how backers of the game’s Kickstarter can get their unique cosmetic skin.

We had a look at Iron Harvest 1920 during its beta release and found it to be a unique bit of RTS gaming with a surprising amount of heart and humanity. Make sure to check out our impressions in Tyler’s Not So Massively column from last week if you haven’t already. Otherwise, you can get a look at the roadmap in full by clicking the image below. 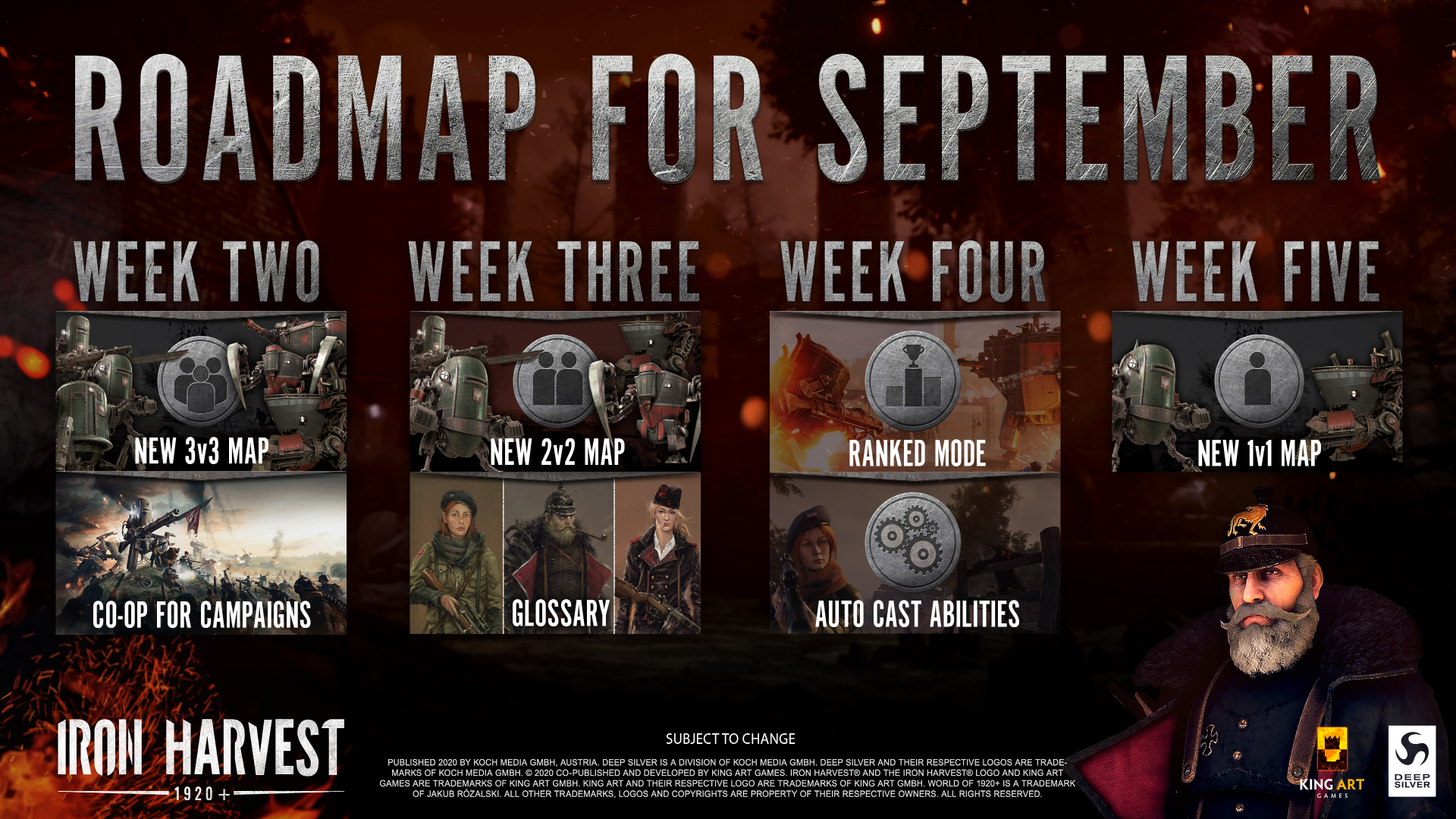