I’m not really a comics guy, but I still have my favorite superheroes. For me, it’s Dr. Strange. Marvel’s artifact wielding, spell-slinging, multiverse traversing sorcerer supreme checks all the marks of a great spellcaster for me: cool powers, omega-level intellect, and the fact that he ditched the robe and wizard hat.

END_OF_DOCUMENT_TOKEN_TO_BE_REPLACED
I guess the folks at Pearl Abyss were fans too because Black Desert’s newest class, the Sage, looks like he came right out of a comic strip. And I’m glad because with the recent reveal of Dr. Strange 2: Multiverse of Madness, I really wanted to play him in a video game. He did not disappoint.

But there is more to Sage’s release than just a new class: He came out for NA/EU servers first. That’s not usually how Black Desert patches work! My instinct tells me this is more than just a coincidence. Pearl Abyss is making the honest effort of making Black Desert Online ever more palatable for the western market.

So for this week’s edition of Desert Oasis, we’ll take a peek at the Sage and the ways Pearl Abyss is making Black Desert appeal to… well, you.

A few months back, I theorized that Black Desert’s story is based in some form of time travel. Well, it turns out that I’m half right. There is some sort of time travel going on, and one of those people powerful enough to wield it is the Sage. Tidbits in the lore reveal that the Black Spirit came from a meteor that crashed on the planet before recorded history. The Sage lived in a time before the crash (and thus the creation of the Great Valencian Black Desert itself); he knew it was coming and prepared for it. He built many ancient weapons designed to fend off the Black Spirits, and 49 years before the meteor crashed, he sealed himself away so that he could fight it while he was at his strongest.

But something went wrong though (maybe he overslept?) and he found himself in Elionian Year 270 – about 1000 or so years past his intended debut. And now he himself is in possession of a Black Spirit. Talk about a screw-up, right? The developers promise to reveal the rest of his story eventually, but personally I love how it’s actually exploring the meteor itself. It’s such a small yet important detail in the game’s overarching lore, and now it’s finally getting the attention it needs. The Sage’s story will be our best resource for both the ancient civilization and the events leading up to the arrival of the Black Spirits, and I look forward to the reveals. 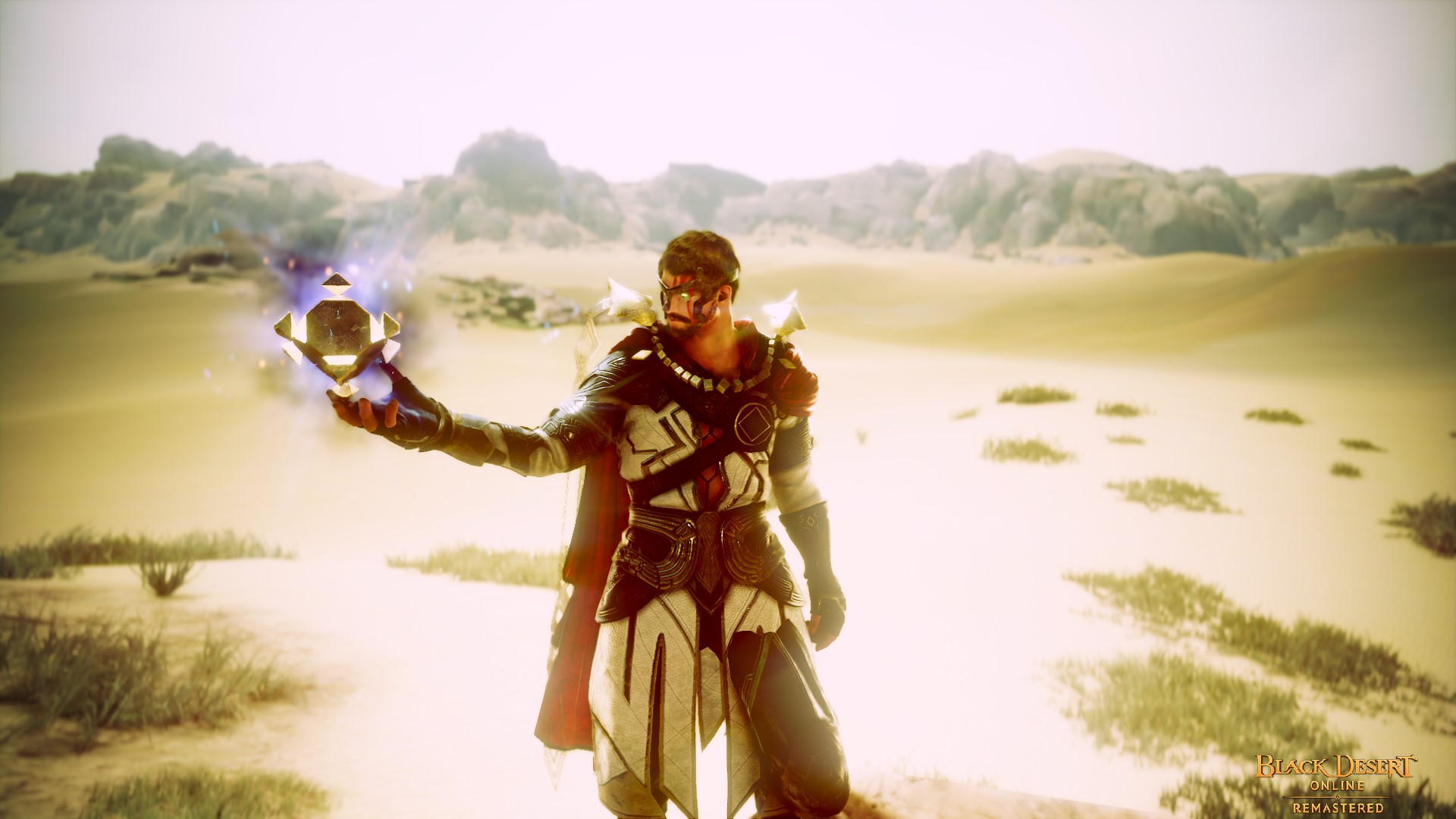 All the details and lore I’ve covered so far came from the reveal trailer. I just love how transparent Jeseok Jang, the game design director, was with this class. He straight-up says that Sage was designed from the ground up to appeal to a western audience. The fleshed-out and frontloaded lore, the Greco-Roman design aesthetic that looks a little bit like Gerard Butler’s portrayal of King Leonidas from 300, and the comic-book superhero playstyle all point towards capturing the audience that loves this stuff.

Plus, this guy is a real blast to play.

Magic with a dash of thyme

Of all the new classes that’s come out in BDO, the Sage has to be my favorite. Outside of giving them a try on the test servers, I never really played the Witch or Wizard. But the Sage fits that type of spatial-distortion-and-time-dilation magic that I’m into. In the early levels, he’s a very slow class to play. His spells take time to come out, but the payoff is huge. Of course, that doesn’t translate well in the crowd-control-heavy world of BDO PvP. When players unlock his succession, his spells come out quicker, and he’ll greatly benefit from increased cast speeds. A recent patch buffed his spell speed too, so he won’t have as many vulnerabilities. 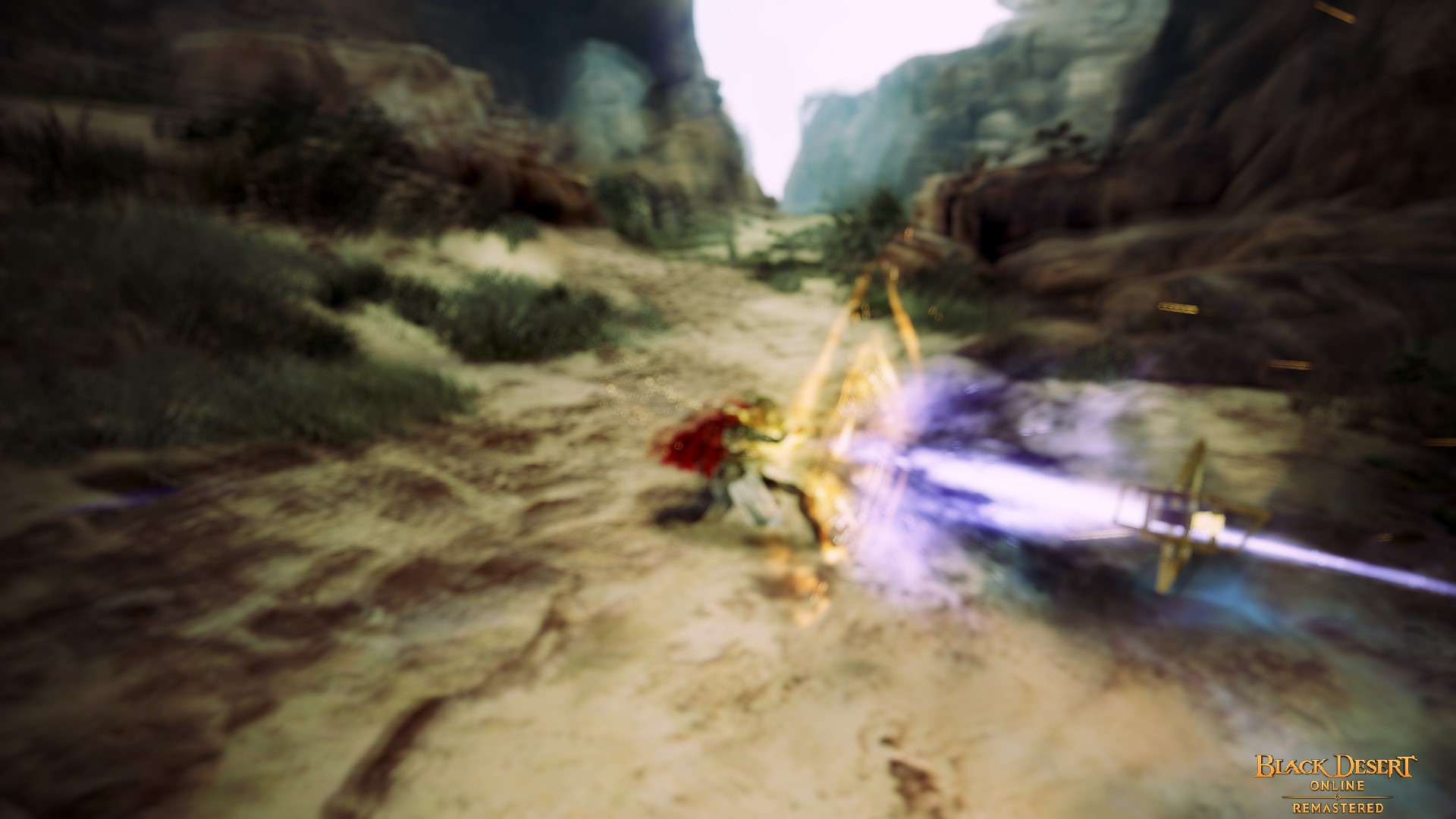 I recommend getting used to casting spells and not depending on his auto attack. He’s got to have the worst of any class. There’s a windup before the hitbox actually registers, and there’s a deadzone right in front of him, so players won’t be able to damage anything if opponents gets in his face. I’m not sure whether that was a design decision or oversight, but it doesn’t feel very intuitive. But other than that, the spells are really fun to use.

One of my favorite skills is his Back + RMB skill. He casts a spell in a small area that summons a cube that fires off a laser that bounces around and damaging anything in the area-of-effect. Another one is his F skill where he punches a symbol he creates and summons a massive purple fist, knocking back anything within the line. With Shift + F, he summons a symbol in front of him and spreads it out, creating a wall of pain for anything unfortunate enough to stand in the area of effect. All of these abilities are all incredibly pretty too. The kaleidoscope effects, geometric shapes, and clean lines just fit in with his theme of an incredibly powerful scholar at the peak of his powers. 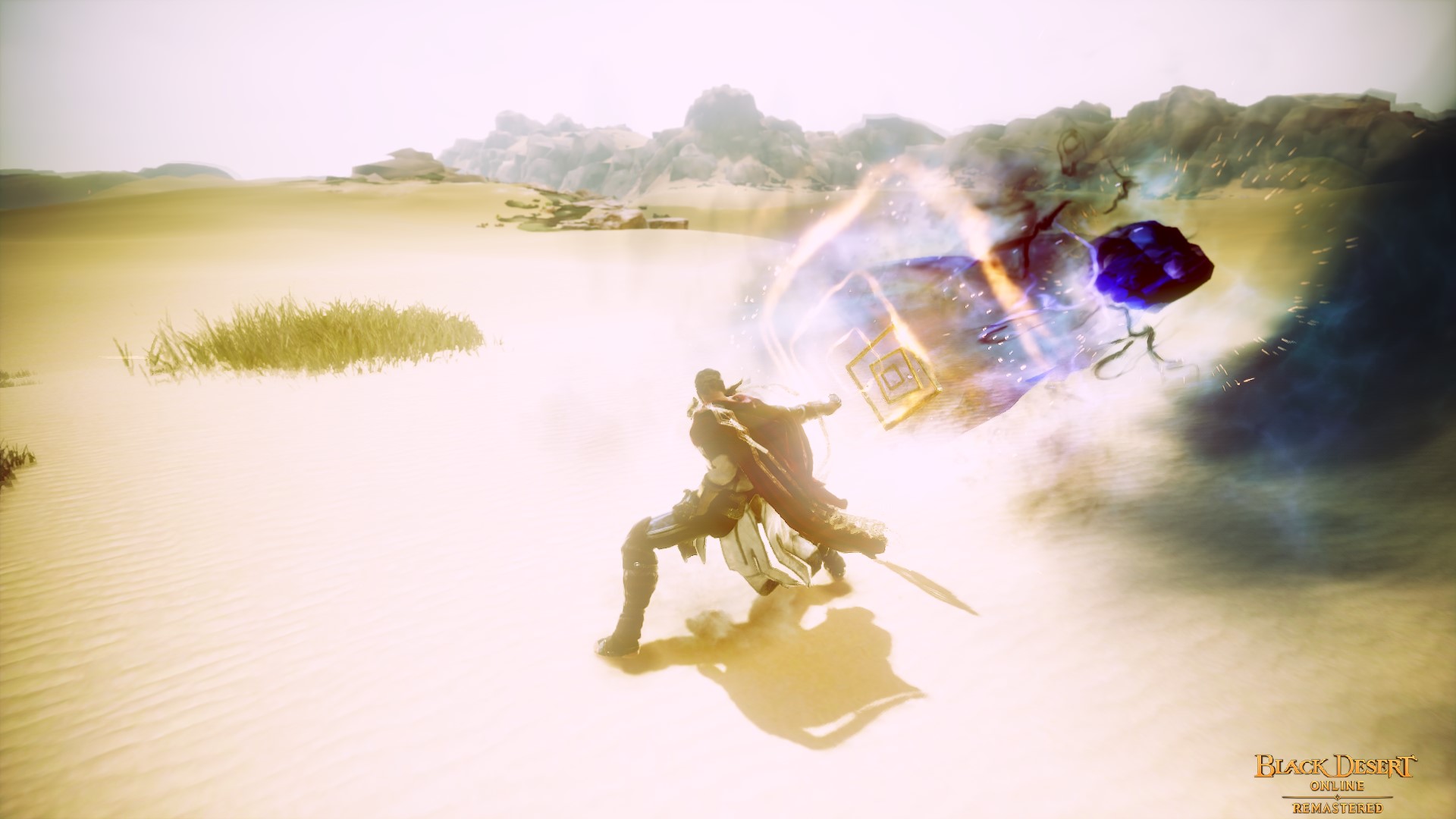 Pearl Abyss also made some small, quality-of-life adjustments that makes the class much more approachable for new and veteran players alike. The first adjustment it made was a behind-the-scene change to his damage calculation. Traditionally, new classes release without their succession and awakening. That usually releases two weeks later. Without the awakening weapon, classes are only at 70% of their sheet DPS. PA did away with that for the Sage. Out of the box, the Sage won’t need an awakening weapon to be on par with the other classes. And this is an important change considering his second feature: free access to Hystia and Aackman.

These places are the first late-game grindspots players go to once they reach 245 AP and 300 DP. It’s both profitable and large enough to accommodate a lot of players. The problem is that entrances to these spots are randomly placed in the desert. Players often have to run around the desert looking for the portals. It can be quite time consuming to find, and while there are ways to access the areas through quests and special items, it’s quite expensive. At level 60, the Sage gets the ability to just enter these areas without fuss. It’s a huge convenience. And this plays into the class fantasy many MMOs have done away with.

Black Desert Online has always been a hard sell for many MMO gamers, especially in the west. If it’s not the grind, its the monetization. If it’s not the open PvP, it’s the repetitive gameplay loop. But now we’re seeing the positive effects of self-publishing for the NA/EU regions. It makes me even more optimistic for the future. It tells me that Pearl Abyss might actually have a good idea of what American and European players are conditioned to like and that the studio is flexible enough with Black Desert Online to make it as appealing to everyone as possible.

The Sage is just the first step. I’ve got a feeling BDO’s best years are ahead.

The entire problem with the premise of this article is that it presumes releasing Sage in NA/EU was a good thing. It’s not.

Every class that comes out these days is seriously undertuned. This is because way back when they came out with OP characters like Dark Knight they saw this like hockey stick graph of players switching to DK and PvP kills were like 50% DK and the like. Eventually they had to nerf the class into the sad state it is today and that was received incredibly poorly. Ever since they release most new things (succession, new classes, etc) usually pretty bad and then buff things.

Most cases we would see this previously in KR version of Black Desert. They would release a class, everyone would say it sucked, then it’d get buffed over the next few weeks and then released in other regions. There were a few exceptions here and there but for the most part this pattern has held for the last few years. It’s so bad they had to address the KR players who were complaining they saw themselves as “the test server” region. So here we have Sage who came out pretty mediocre and honestly the first big patch they implemented for him didn’t really address that fully. So cheering we got the Sage class first doesn’t mean anything other than NA/EU gets a broken class earlier than other regions for a few weeks.

If you want to know how Pearl Abyss feels about NA/EU you just have to look at what a horrible job they’ve done listening to NA/EU feedback in the past. The only thing that matters to them is their reputation in KR and they pretty much see the NA/EU as a cash grab. Giving us a class to beta test for a week early doesn’t change any of that.

Kinda looks like Thor has become the Sorcerer Supreme here.

:D
Yeah but it is just the way how Carlo styled him. There a even some versions of player creations of him where he looks exactly like Benedict Cumberbatch. The normal version is more like a Herkules type of greek hero.

Haha yeah, I originally wanted to use one in Benedict Cumberbatch’s likeness, but this Thor Ragnarok one just looked too good to pass up!