All those Star Wars: The Old Republic players who will be flocking to make new characters with the flexible combat styles system next month are going to find that BioWare has spoken to the Force, and the Force said that the character creation screen needed an upgrade after a decade of the same-old format.

END_OF_DOCUMENT_TOKEN_TO_BE_REPLACED
Ergo, the character creator will have a completely different look come Legacy of the Sith, as testers are finding out on the LOTS PTR this week. The new (leaked) screen not only strips away the busy background of the old creator but also adds in the options to mix-and-match an origin story with a combat style.

Take a look and let us know what you think in the comments: 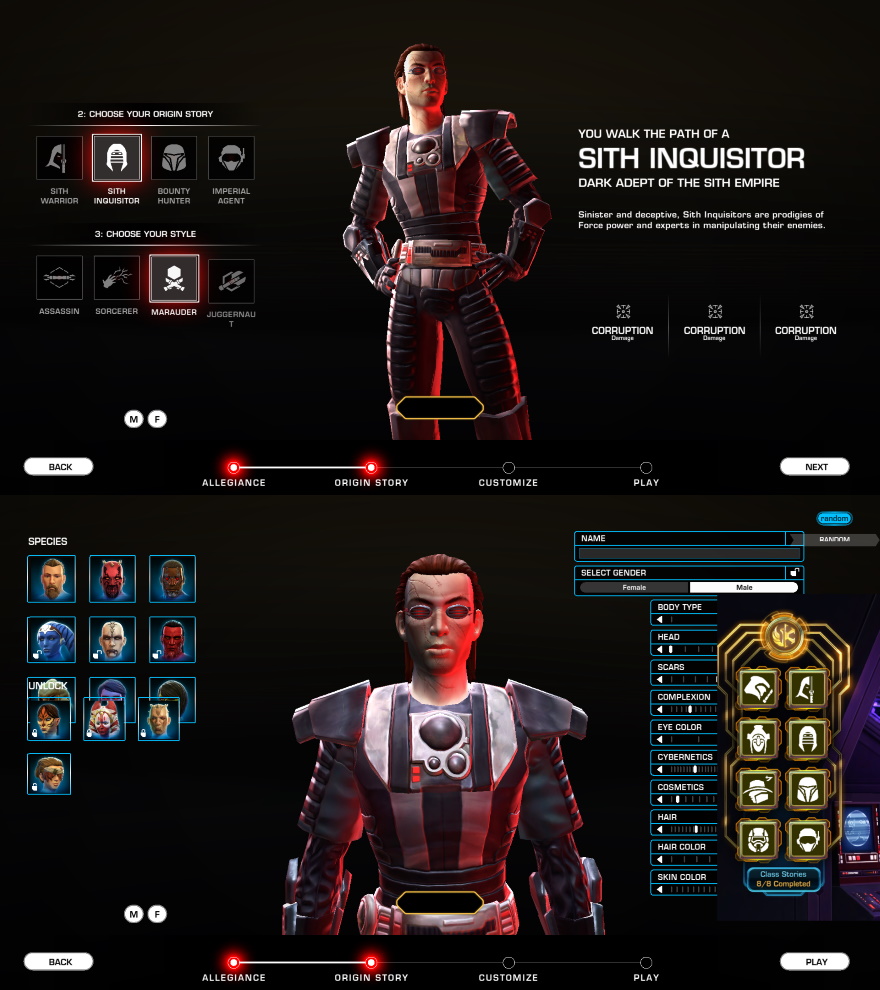