It has been a very long time, old friend. Yet still, here you are, simply existing. Nesting in silence. Disassociated, forgotten, but still just like you were left and just as I remember. I’m back in The Secret World, and it’s odd, comforting, yet also uncomfortable. Like finding a coat from your childhood in an attic and immediately trying to slip it on only to find its embrace doesn’t fit you that well. 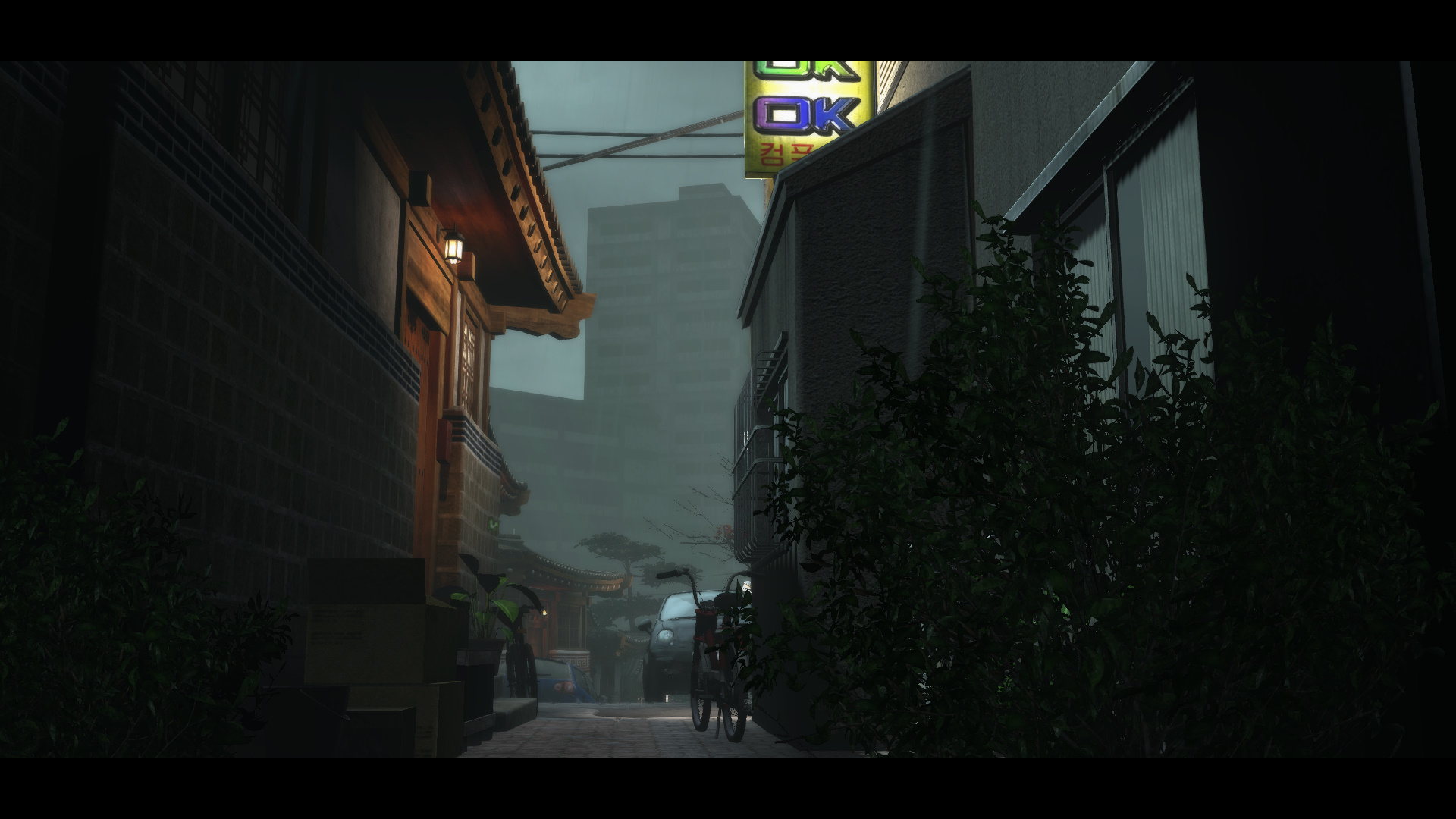 Many of the opening steps I made on my return back to the game were encouraging and pleasant. Like the sound the launcher makes when the game is ready to be played. Or the opening, echoing trills of the main theme’s piano. The inability for NPCs to not talk in anything but monologues. How old the game looks – not bad, but old; that unforgotten jankiness in terms of visuals and animations that somehow only adds to the title’s charm.

Mechanically speaking, I also remember a lot of the old lessons I’d learned from the years I’d played this game. Understanding how builders and spenders work for weapon abilities. How to best navigate the ability wheel to find synergies, though I admit that I am still using the card deck system as a guiding hand, just in case. I actually found myself appreciating how nice this whole system is, actually.

This is all probably being helped by my choice of weapons, the chaos dinner plate and fists, which are both things I’ve never thought to use in TSW before. I always seemed to like the shotgun a little too much, but this time I’m going for a more tanky/self-sustaining build and am finding it way more enjoyable than I expected it to. I don’t know why I thought this game did mages like other MMORPGs did. It’s always trod its own path. 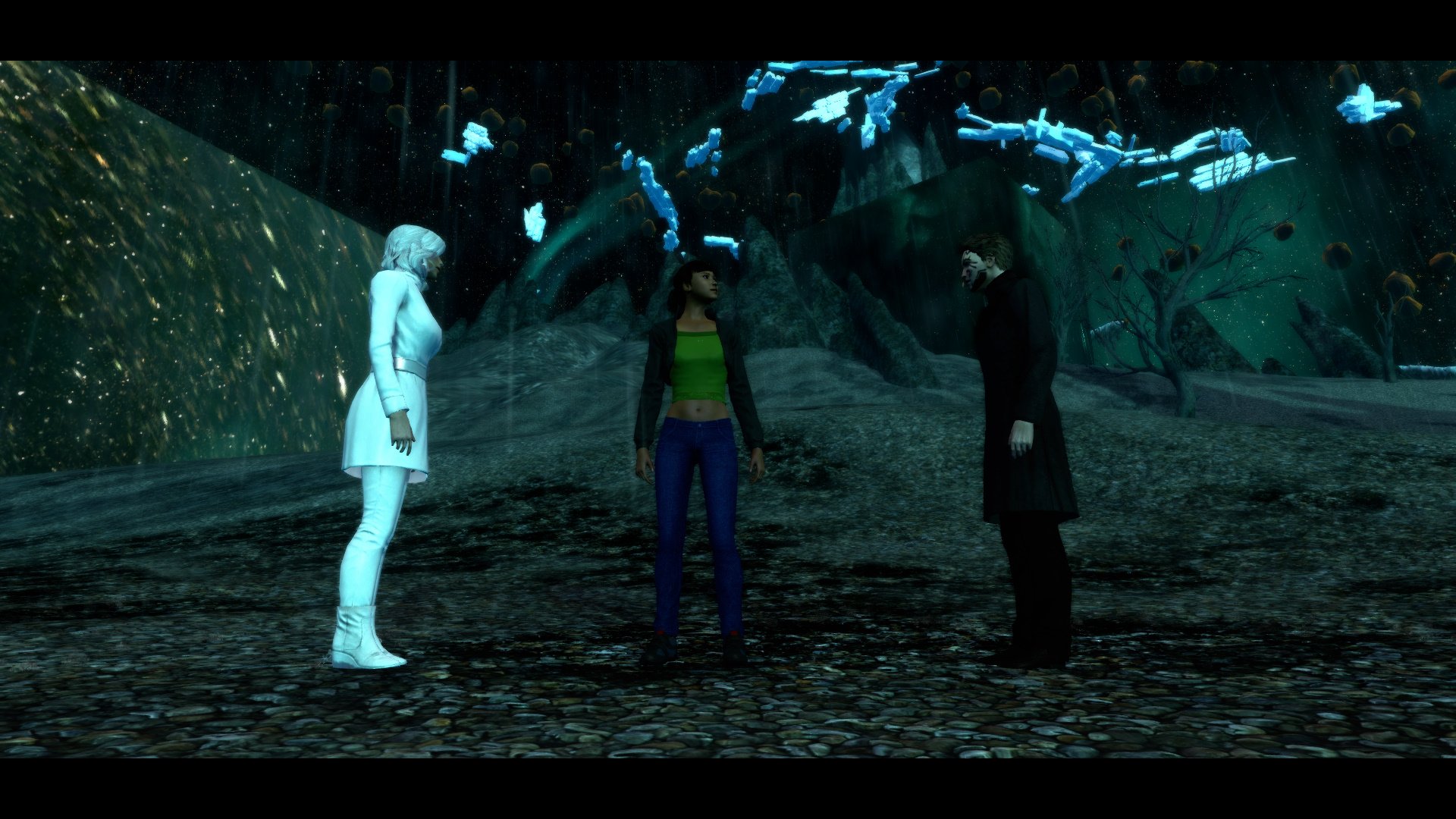 I also remember all of the story bits too, of course. Kingsmouth has been replayed by me over and over and over again to the point that I’m performing the sacrilegious practice of skipping the dialogue bits of the first NPCs. I don’t need to hear New England sheriff or Steve Blum tell me about the fog and the zombies again. I was here back when the ak’ab were a major problem.

That’s not to say that everything is running on automatic, though. For instance, I seem to remember the combat in TSW not being quite as enjoyable as I’m finding it right now. Again, this is probably due to my weapon choice, but I also think I’ve overall gotten acclimated to the way fighting in this game works. I know it’s off-putting for many and has often been singled out as the reason why many readers don’t dig in more, and those remarks have been so ingrained in my brain that I started to believe them instead of making up my own mind.

I also completely forgot that I’m a lifetime subscriber to this game, which means I was inundated with all sorts of goodies and tokens and other cash shop stuff. I had a long list of pets, accessories, and equipment items waiting for me to hoover up and collect. I could make a character with a top hat and a Dragon esports hoodie with a baby Cthulu pet if I really wanted to, but that just felt sort of like a bridge too far. I am on an RP server, after all.

Also, it’s not like there’s anyone here to show off the stupidity to. 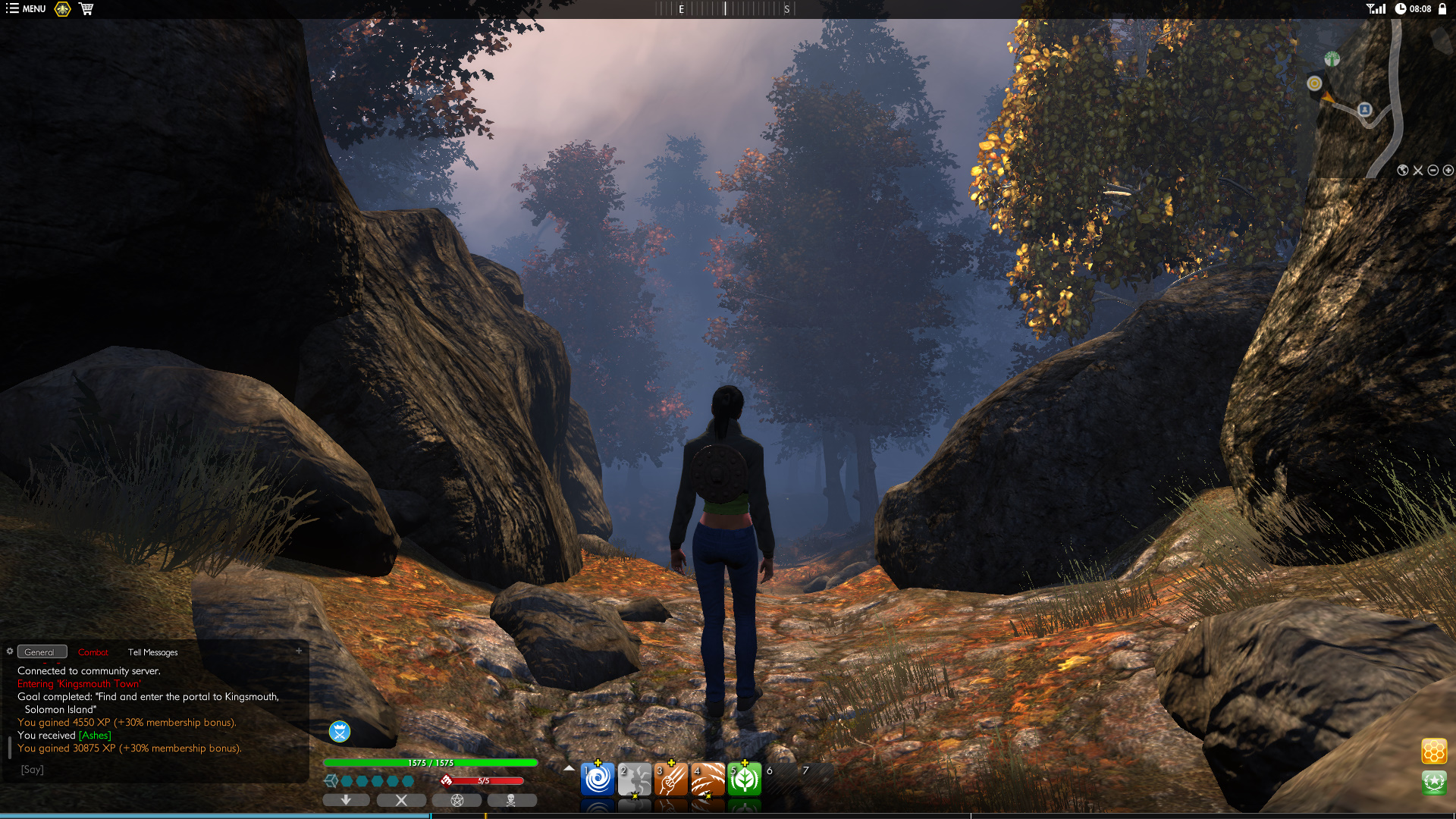 That leads me to the most surprising sensation of all in my return trip to TSW: how empty everything feels. Granted, the Dragon starting area and Kingsmouth were never really particularly busy places in the times I’d been back to TSW before, but even then I had stumbled across another person in at least one or two occasions. Here, though, the streets were completely empty, with nary a soul to see rumbling around.

That sense of loneliness was even more startling when I entered Agartha. I had expected things to be barren, but I was also not expecting it to be absolutely devoid of everyone. You’d think I’d have been prepared, but I always seem to be jarred when I enter an MMO that’s in maintenance mode. It’s like wandering a barren themepark that still keeps its lights on and its displays maintained and cleaned. I don’t know that I’ll ever get used to it.

So, perhaps this idea was a bit of a mistake, but I’m resolved to push through and keep on the path for a little while longer. And while TSW is a themepark MMO and once more doesn’t leave a whole lot of room for choice, there are still a couple of polls that I have in mind. 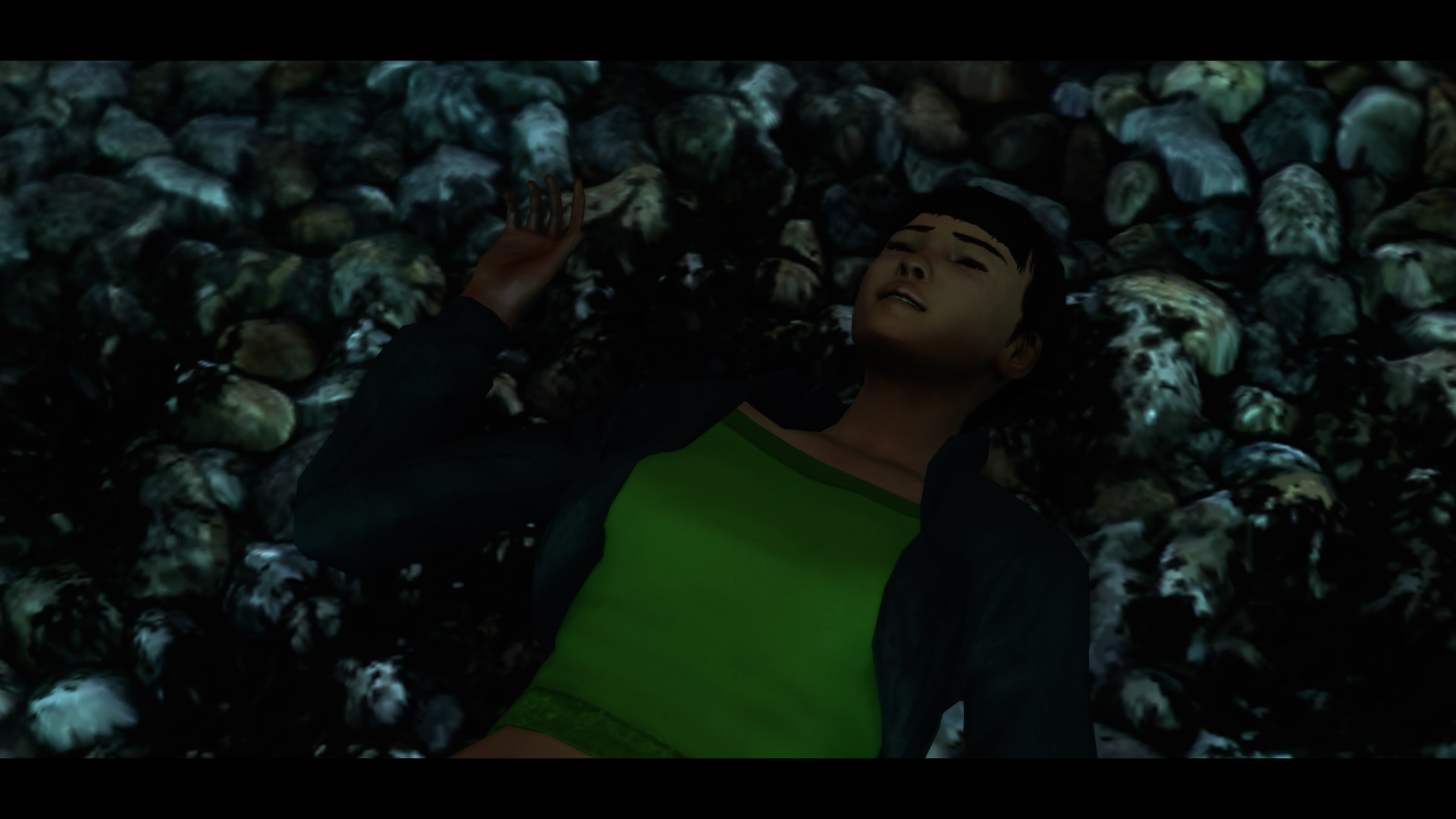 The first poll is about my build, after a fashion. Considering I have so many cash shop tokens available to me, I kind of consider buying up some AP and SP boosters in order to beef up my character to a ridiculous degree and steamroll forward into maybe new realms. However, I also have to admit that simply equipping the buff-granting talismans and charms I have has made Kingsmouth feel a bit too trivial. So that’s the first question I’m considering asking:

Should I power up my little Dragon character?

The second poll is once again about focus. This probably will hold hands with the results of the first poll, but I also wanted to know whether people want me to slowly mull over this old, quiet game or if they wanted me to push on into places I’ve yet to be in (I’ve never seen Transylvania, for example). So then it’s a question of whether to stick to main quests or experience every single bit.

Should we take our time or push ahead? 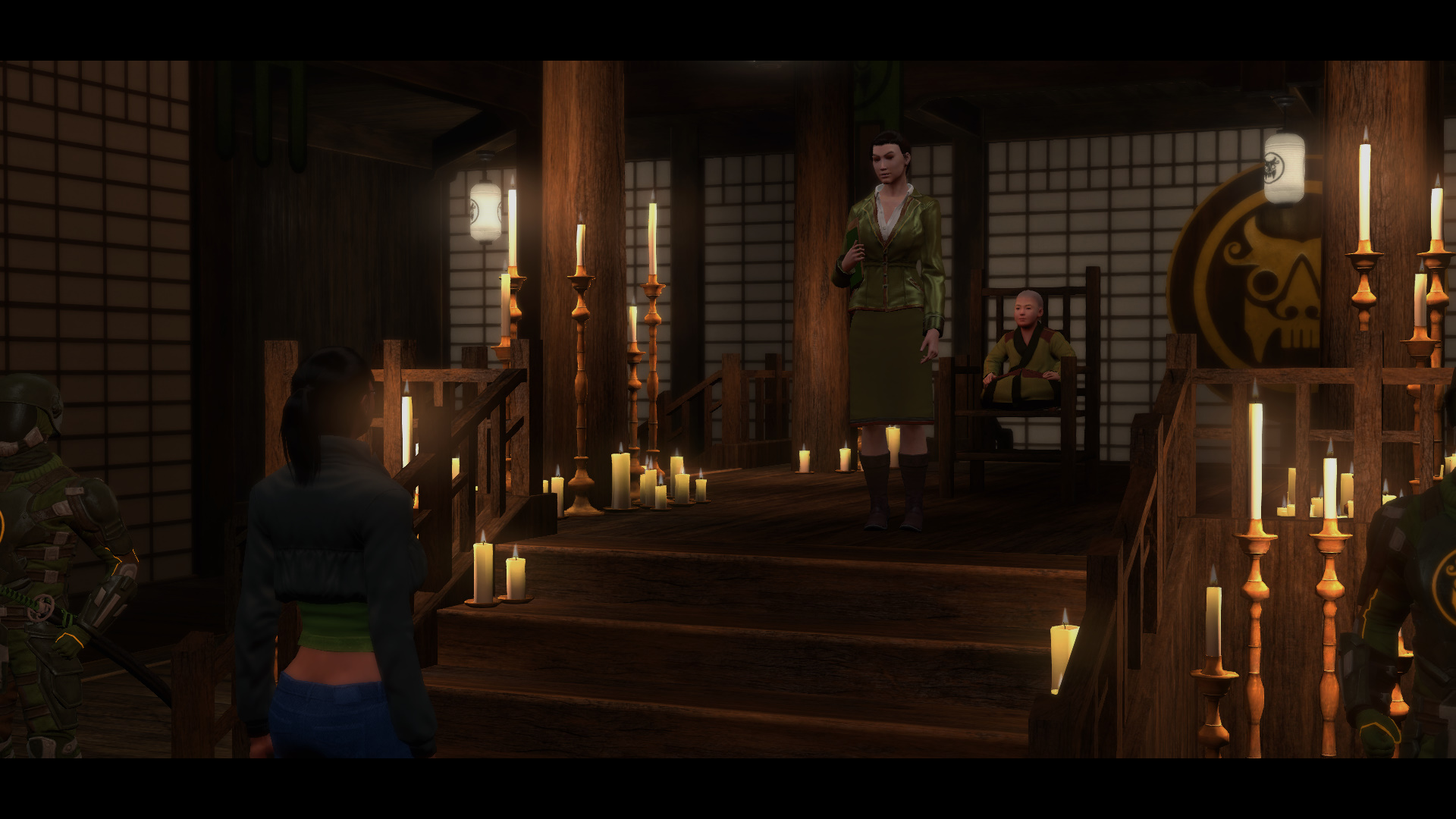 Like normal, polling will close at 1:00 p.m. EST this coming Friday, March 11th. In the meantime, I kind of need a bit to process how this all feels. I started out intrigued by the prospect of coming back to this one, but all I seem to have successfully done so far is make myself sad.