To be honest, I wasn’t really expecting my full reset to the launch version of Temtem to feel too different, but I also was sort of hoping for a little bit of night-and-day difference between last week’s playthrough and this week’s. Still, there were some things that at least felt subtly adjusted. Sort of.

As instructed from the start of this series’ polls, I went ahead and restarted when the 1.0 launch build went live, and with last week’s poll choice aiming me towards getting Touchic once again, I felt pretty confident as I made my way through Temtem’s opening beats. Suffice it to say, there was a whole lot of dialogue skipping going on.

There was also plenty of familiarity and information being carried forward in this “real” run of the game. Knowing what Touchic and some of the starter monsters were capable of and remembering some of the synergies that were experienced in the opening portion of the game made all the difference in the world. Honestly, hitting reset early in an MMO is one of the most valuable things, in my opinion. 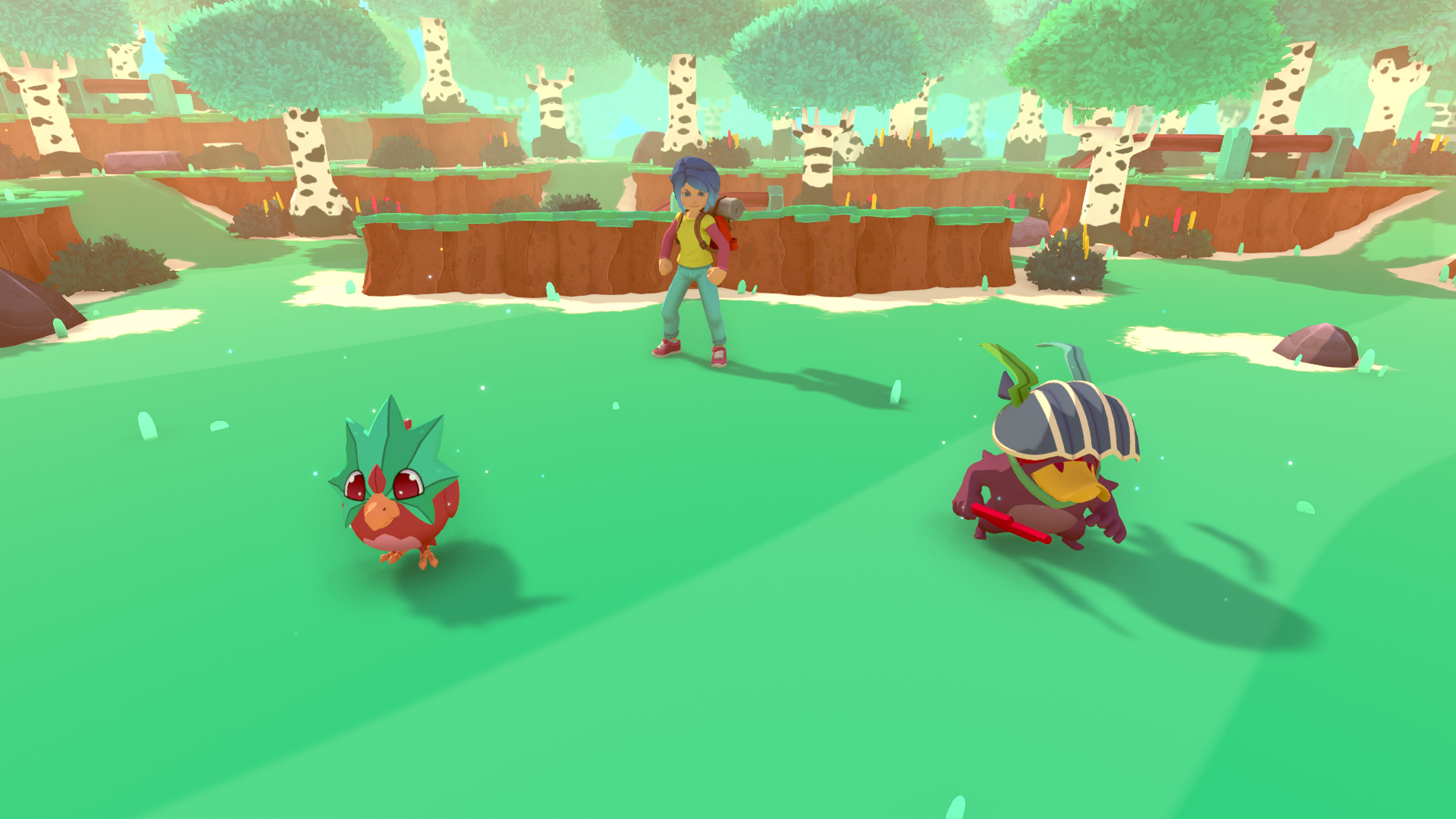 That’s not to say that I didn’t have some surprises in store as I moved along, however. For instance, last week I had assumed that Kaku was a really awful Tem, but as it turns out, he’s something of a late bloomer, with a couple of useful tricks up its little stumpy sleeves. Combine that with the fact that his nature element synergizes with my main critter Kouchic, boosting one of its best moves simply because it’s nearby, and I am slowly being proven wrong about this monster’s utility.

I also admit that some of the grinding up and XP gain feels a bit different as well. I’m not sure if it’s all because I came in with foreknowledge either, since the devs had said in blogs beforehand that the 1.0 build would have a bit of a smoother grade in terms of XP gains. This all translated into my critters getting levels through a combination of simple progression and pauses to grind up the levels. Honestly, seeing Kaku’s transformation into Saku got me curious enough to try and push my squad upwards.

As a matter of fact, one of the more lovely things I’m experiencing about Temtem is how I could just turn on some background noise and mindlessly grind up the roster of creatures I had along with me, as well as a few that were in storage. That’s not to say that everyone is getting careful leveling treatment – I still have a preference for Touchic as my main, for example, so that one’s always the lead creature – but I also am finding the joy of just pausing at points, running around in the tall grass, and slowly seeing strategies and skills unfurl.

What’s also nice is that I’m starting to finally run into new-to-me monsters as well, Pigepic and Platypet are two new additions to my menagerie and I’m once more having fun figuring them out. I suppose this all is old hat to Pokemon series veterans, but this has been a nice easygoing ride. 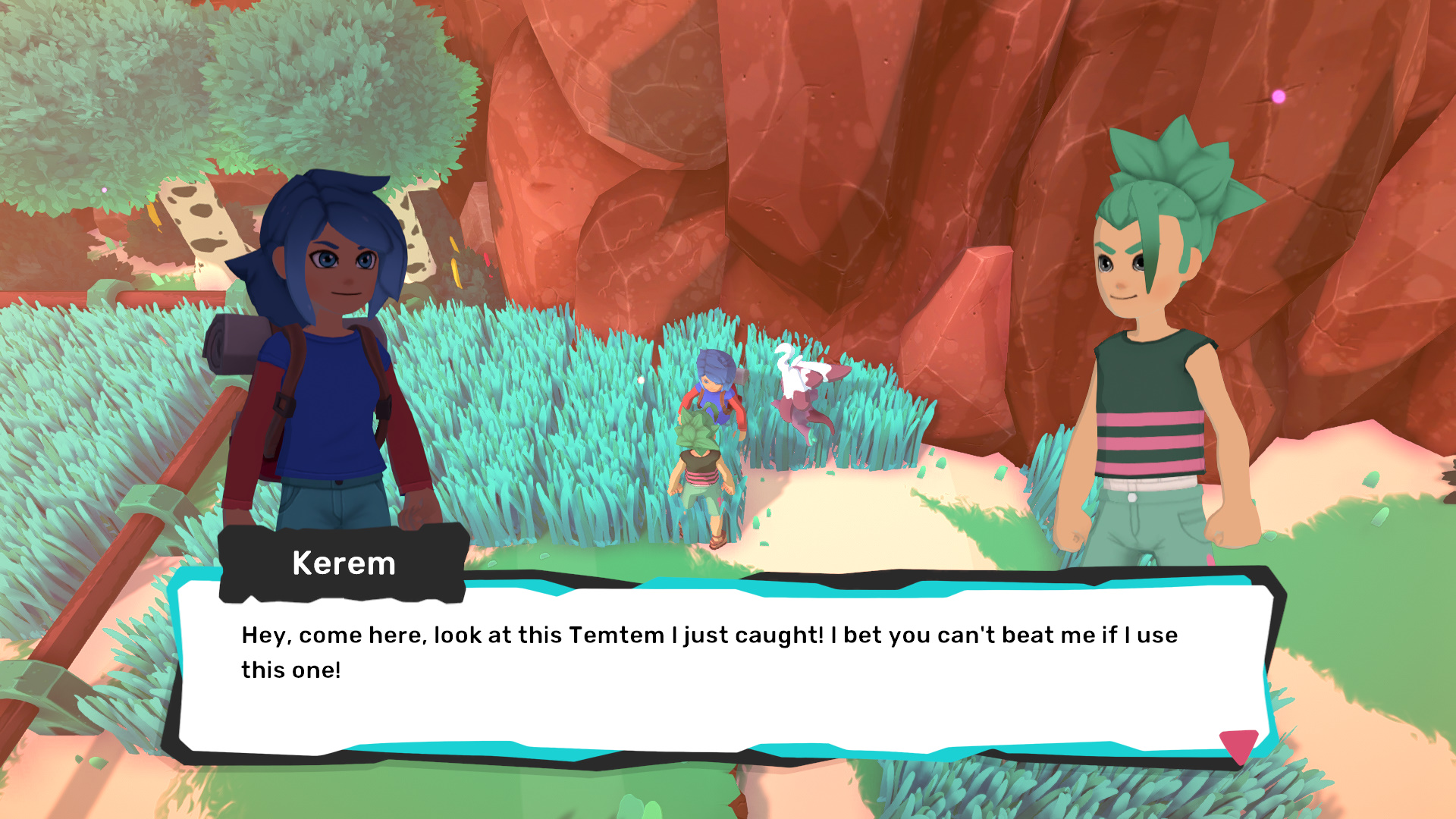 I’m not wholly resting on my laurels here, though. I am moving my way through the main quests and a couple of side quests as they come up. As a matter of fact, I am precisely at the point in the game’s story where I was when I had previously stopped the game (before resetting progress for the purposes of this column.) I had a vague recollection of what was coming up, but I also started getting excited and eager for the experiences I hadn’t gotten to yet.

There was a bit of cold water dashed on some of that excitement as I moved through the game’s first dungeon/cavern area. As it turns out, all of that grinding up I was doing was probably the only thing that saw me through to the other side as tamer fights with monsters that were maybe 10-15 levels lower than I was ended up being a stiffer challenge than raw numbers might suggest. By the end of the gauntlet, I was pretty much tapped out on items and just got past the fight with Lady Lottie by the skin of my teeth.

This dungeon, in my opinion, represents a significant jump up in challenge as well as a force-feeding of countering element types. Sure, raw damage was seeing me through some of the fights, but pure attrition and type mismatching made fights wear on far longer than I expected them to and drained my resources by a pretty major amount. If this is the game after its smoothed leveling experience, then perhaps I should be grateful that I missed that part of early access.

Still, victory was secured and I did end up learning a fair bit. Now I just need to learn how to apply that learning, which means that I’m going to have to be more attentive about weaknesses and resistances going forward. Also, I’m probably going to have to run around in circles in the tall grass a whole lot more. 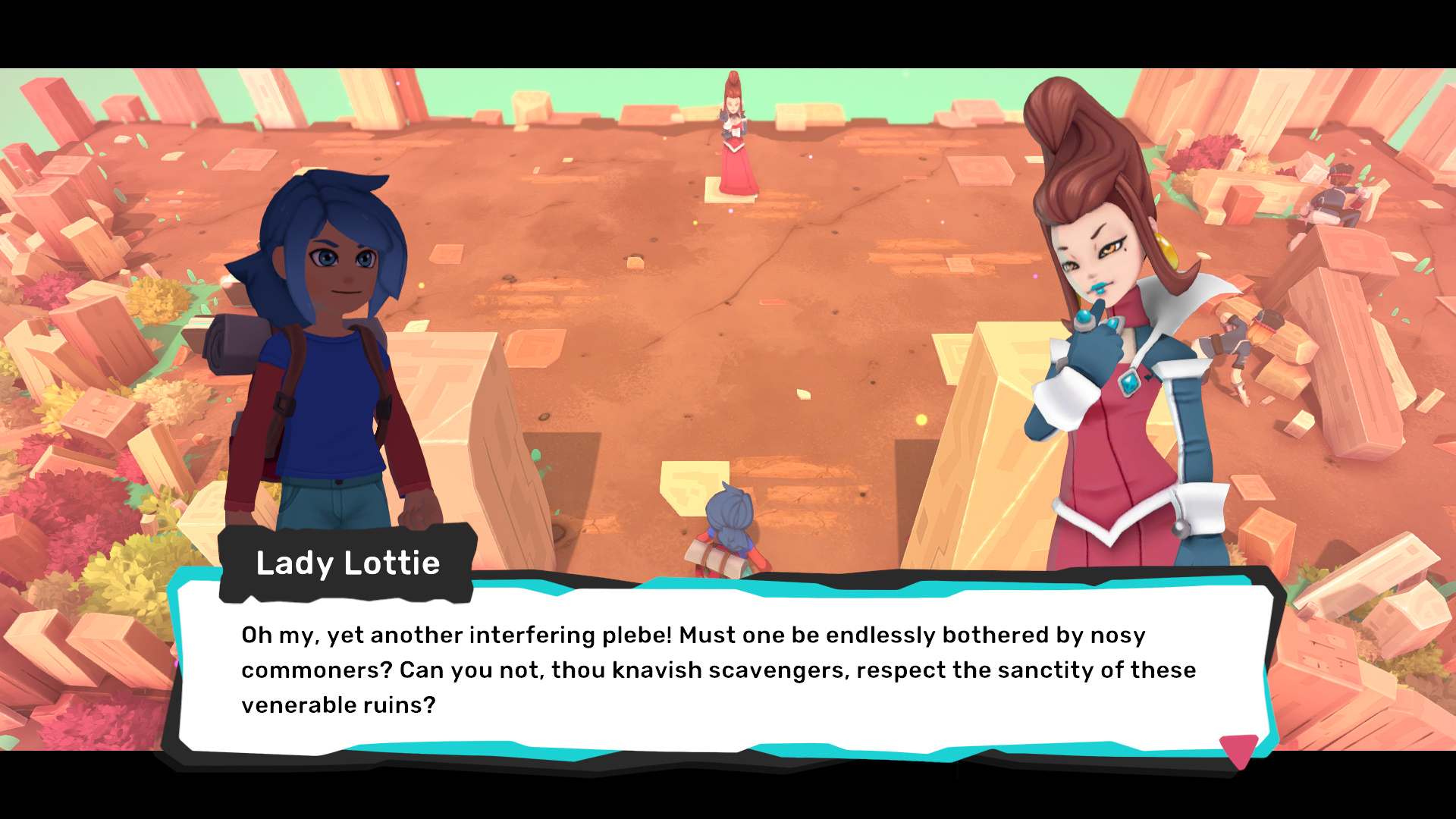 This being a themepark MMORPG, I’m once again in that usual lurch of what sort of poll choices I should offer up for this week, hence why this week’s choices are a bit of an admittedly repeating theme. That said, I do think that the question of what to focus on is important to ask; I intend to do both activities as well as the aforementioned level grinding, so this is less a question of doing one over the other and instead is about primary focus.

What should be the main focus of my next week? 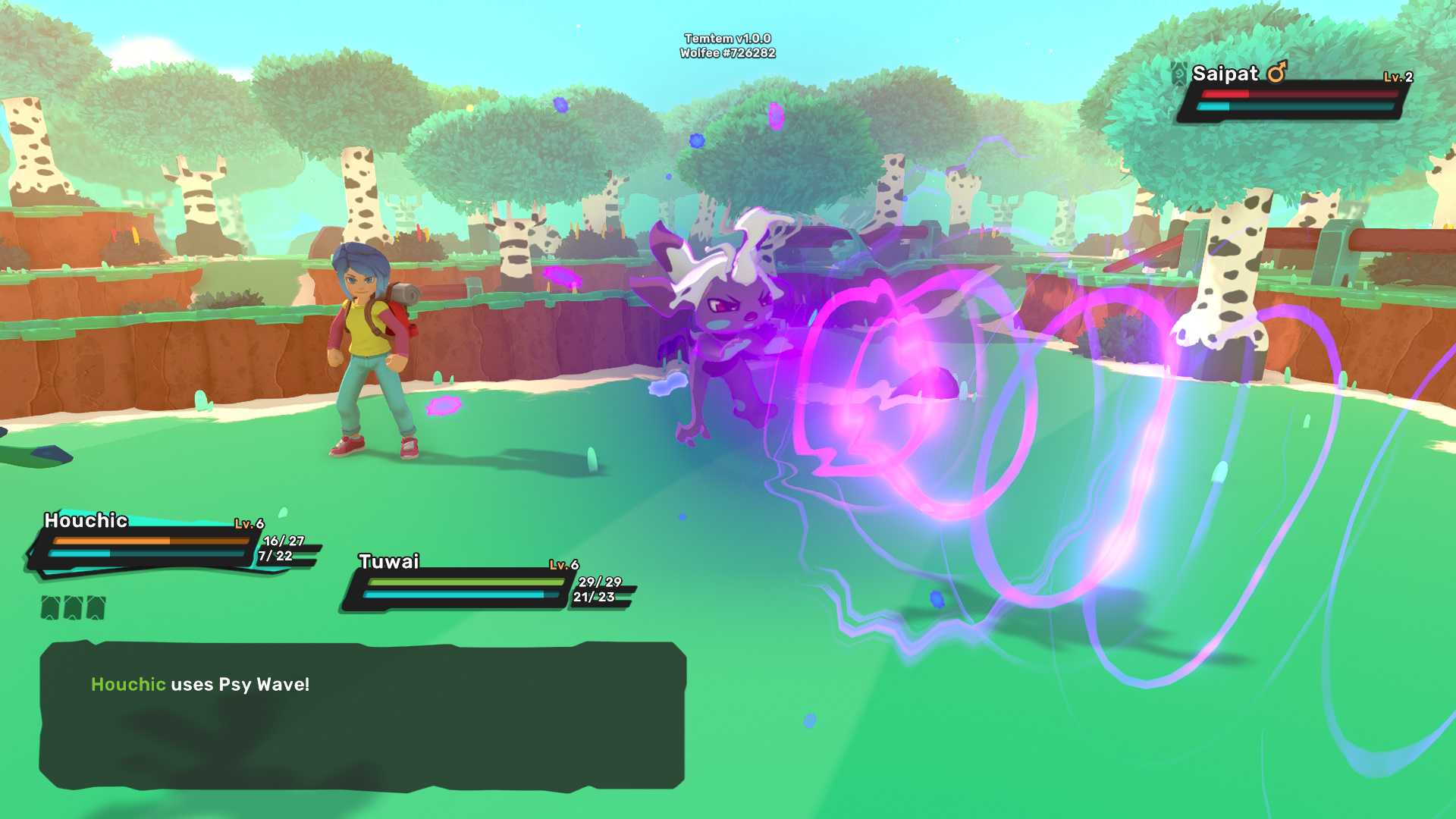 As usual, polling will wrap up at 1:00 p.m. EDT this coming Friday, September 16th. Until then, it would appear that I’ve got a whole bunch of tall grass to run around in and some fights to pick. If some haughty, snooty lady can nearly spank me with the team I’ve got now, then I am going to need to ride that grind train for a bit.