I’ve been away from Lost Ark long enough that I’m effectively being left in the dust in terms of endgame – presumably, anyway – but I’ve also not been gone so long as to wholesale forget how the game is played. Which, honestly, I’m pretty pleased by. I suppose playing a game for a couple of months doesn’t really go away.

I also was, naturally, reminded of a lot of the good stuff in this game. Honestly, it really does make a pretty strong first impression in terms of its presentation. The way I feel about Lost Ark isn’t really too dissimilar from how I felt when I was writing my impressions on the game: It’s not a particularly compelling world or narrative, but it is a fabulously entertaining piece of gaming.

No more is that expressed than with the recently released Machinist class, which kind of feels like the literal personification of that assessment. What I mean by that is this class has so many tools that don’t make any sense in much of the game’s universe, but it just doesn’t care because damn this is fun and robot suits are cool and guns go brrrrrrr! 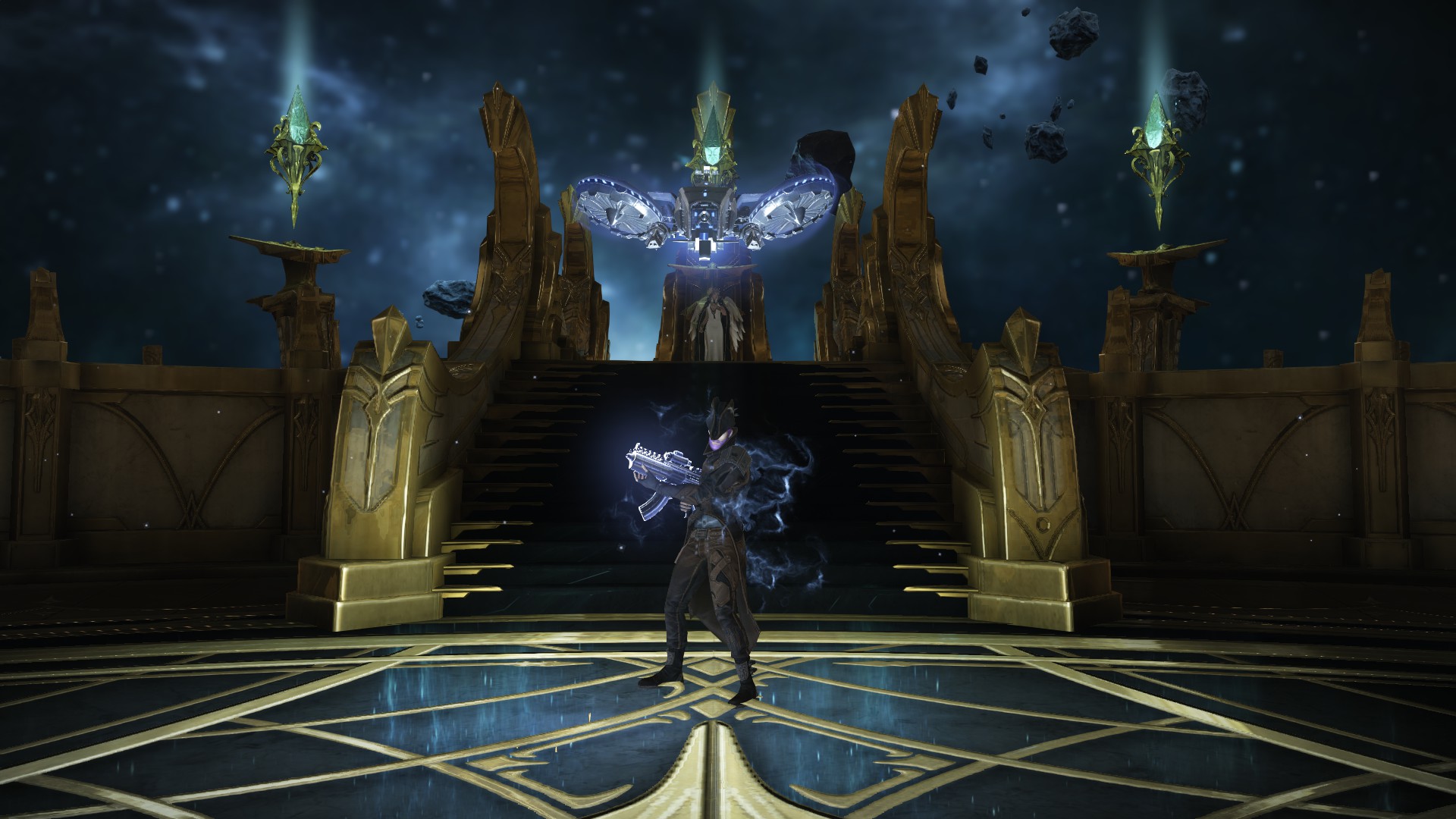 Of course, I’ve not had too much time with this new class, but it is making an extremely strong first impression. As usual, starting from the beginning sees you in Trixion to try out an advanced class and get a taste of what it’s capable of. The Machinist’s big hook is the drone that follows around behind it, engaging in combat with the use of certain skills. That sounds pretty simple on the face of it, but there are a couple of interesting caveats with how this works.

For one thing – and not a surprising thing since that’s how every character works – where your skills fire can be based on where the mouse cursor falls, so naturally the same holds true for pressing skills that deploy the drone; I push button, it flies forward, things in the direction of the cursor go pop. That does mean that, oftentimes, I do have to try and do a better job of knowing where my mouse cursor is located in relation to everything. It’s why I make it so honkin’ large on my screen.

For another thing, the drone’s skills have different skill shot shapes when they activate. Again, not really new since every other ability in the game operates similarly, it’s just another thing I have to try to keep track of.

The last thing I have to keep track of is the fact that issuing a drone ability leaves the drone just kind of hovering in the spot it was told to go, meaning I have to constantly hit the E key to send it back to a point where it follows behind me. I can also freely move the drone by shift-right clicking, but again I have to hit E to call it back. Just another thing I have to keep in mind. 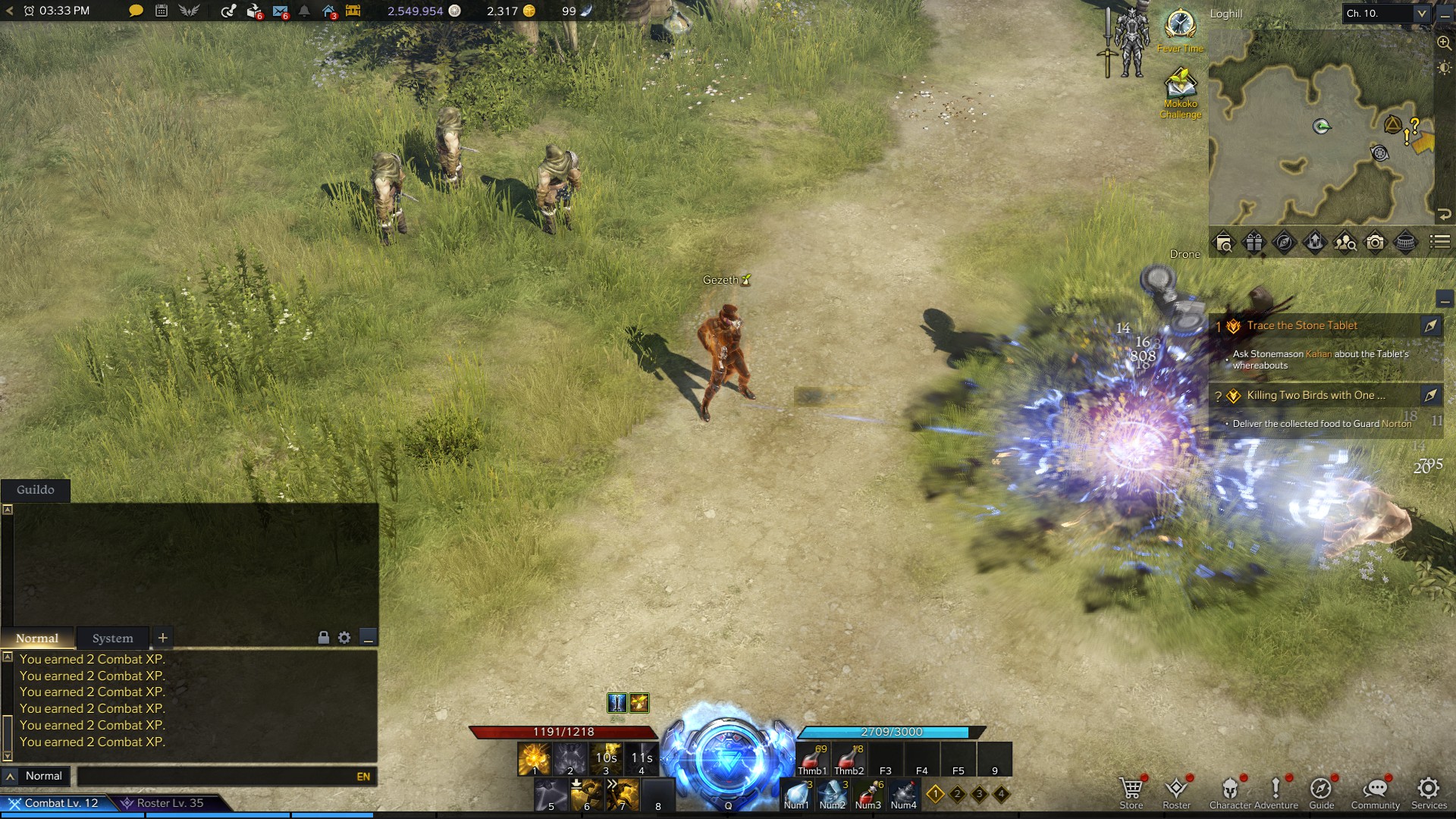 That maybe sounds like it’s a bit of busywork but I’m starting to find a rhythm with the Machinist. Interestingly enough, that rhythm is being established once I realize the skills I’ve unlocked thus far seem to work best when I match their effect shapes match. As an example, one of the abilities I have (a grenade) puts out a circle of damage. I follow that up with a drone ability that lays out an additional circle of pain. I’m basically making a pain cake here.

And pain is what this class dishes out. At the time of this writing, the Lost Ark Machinist absolutely smacks. I’m only in the low levels right now and haven’t really gotten too deep into the weeds of customizing skills and stats, but the hurt this class puts out is awe-inspiring. If I know an enemy is ahead of me, I pretty much turn them into paste with two button presses, and if there are a bunch of foes running, I can mostly handle things well enough. It is easy for me to get overwhelmed, especially if I’m not paying attention to where my cursor is or what skills are ready to go, and the Machinist has a glass chin.

But he also has a robot suit. Funnily enough, I haven’t used it much, primarily considering that an “oh crap” button, but the few times I have used it are just as nasty as the rest of this class’ toolkit in terms of raw damage. Only now the submachine gun is replaced with Iron Man lasers. 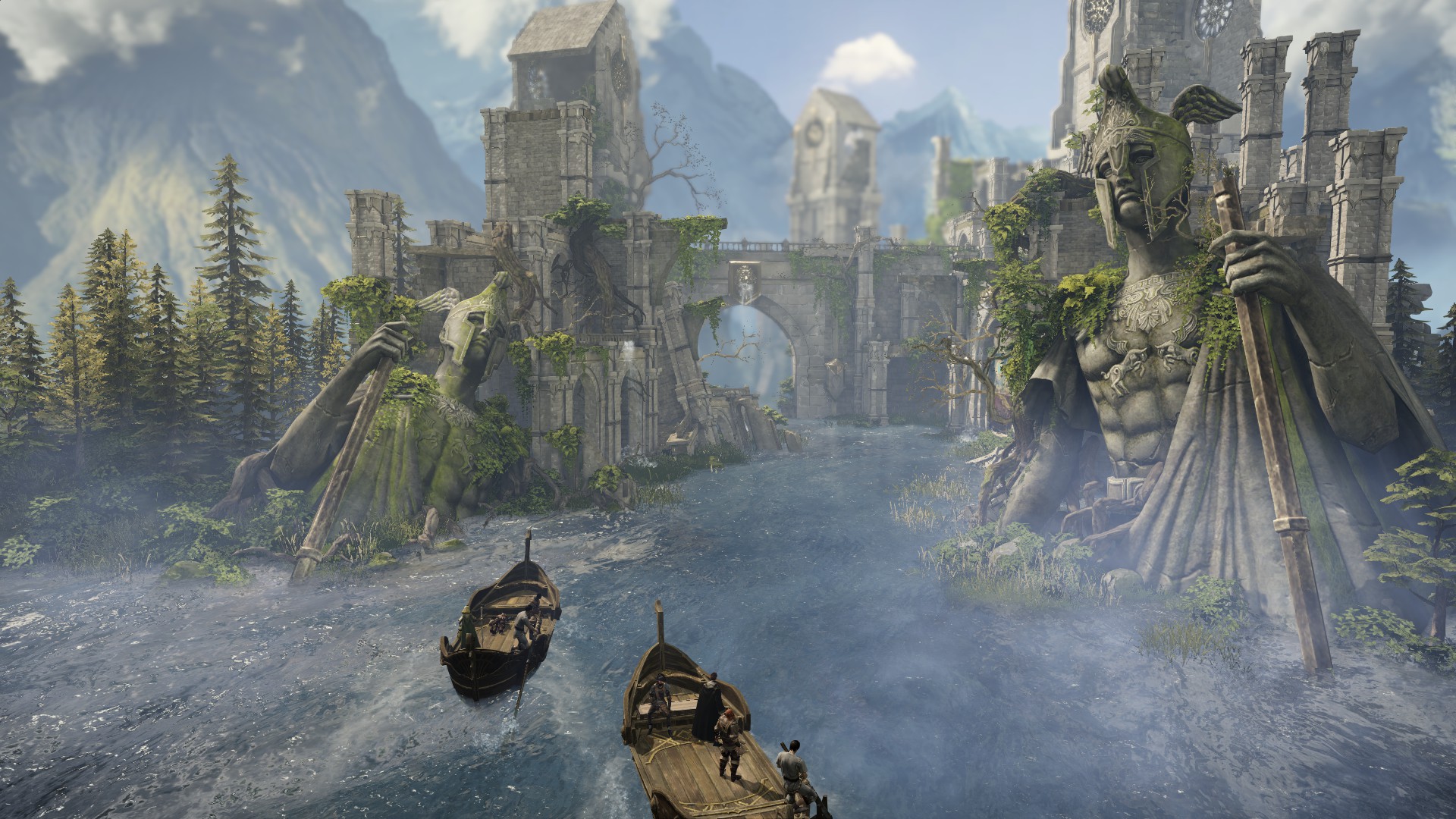 With all of the fun I was having, I had a thought: Maybe it was time to try out a different character as well. I already had a Wardancer in reserve just kind of sitting there bored, so I took her out for a spin and got her to precisely the same point that the Machinist is in terms of the storyline. This class also dishes out the hurt, but not on the same order of magnitude as the Machinist. The tradeoff for that, at least in my brief time with her, is that she can take a bit more punishment. Considering she’s a melee class, that pretty much tracks. Also, she’s a bit more button-mashy than the Machinist is; I’ve got a couple of skill combos arranged, but for the most part when things get hot I can just smash ability keys the moment they’re off cooldown.

All told I’m having a good time starting from the beginning, but I am now raising questions. Do I want to press on with the Machinist? Maybe I want to play as the Wardancer? Do I keep moving forward with the storyline or do I use one of the Powerpass level skips I own?

You all know what this means, then.

Should I use a Powerpass or no? 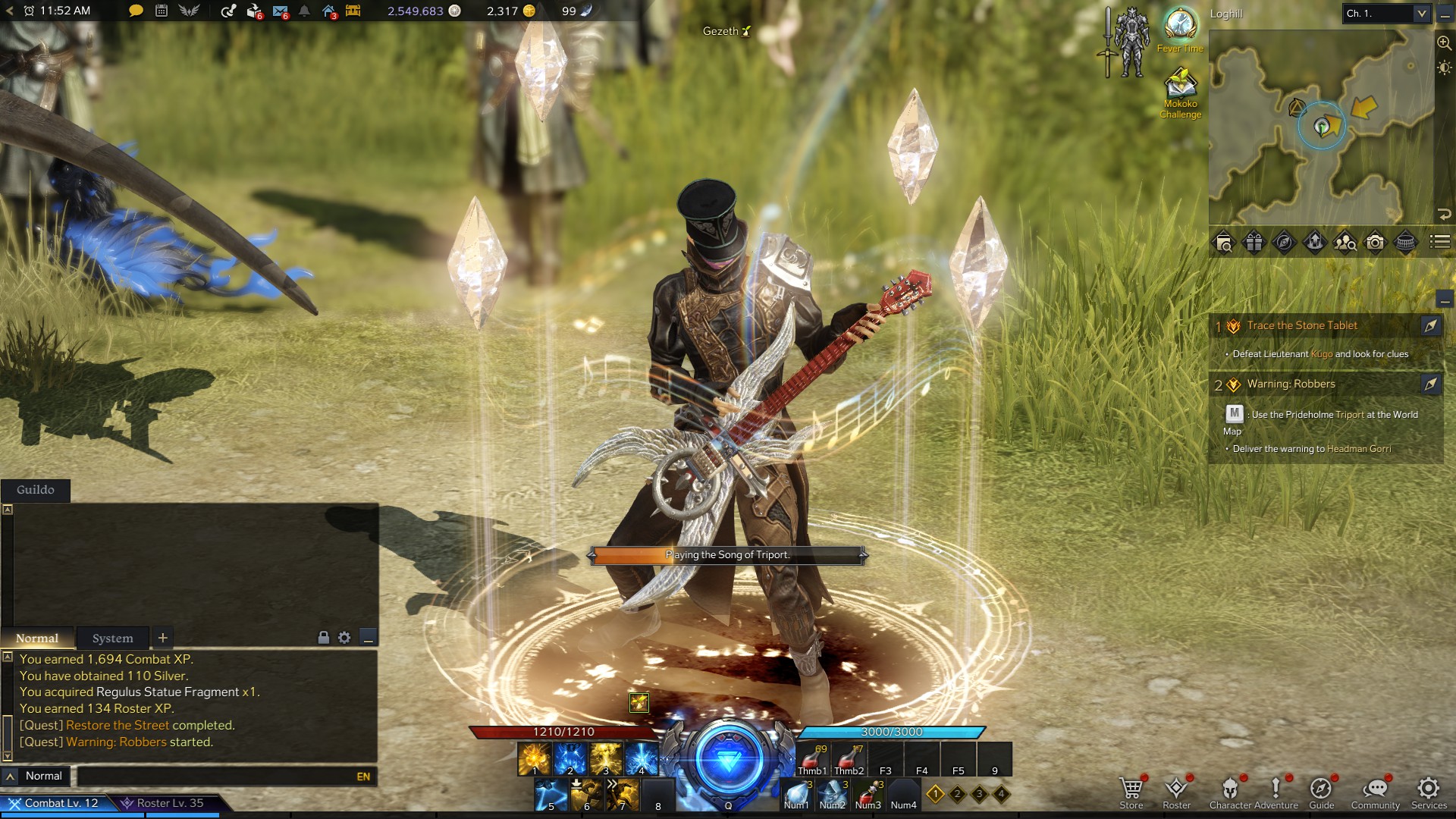 As ever, polling will be closed at 1:00 p.m. EDT This coming Friday, October 7th. I have to admit that it is good to be back in this one. Here’s hoping that good feeling will continue on as this month unfurls.