It’s been a long tradition (from before my tenure) to use a black-and-white version of the first picture of the week for the header here at One Shots. It’s interesting to me to see how much a screenshot changes when the color is stripped from it; sometimes it becomes more interesting and sometimes you lose the lustre that color imbues.

This is my roundabout way of saying that today’s EverQuest II picture goes from being so-so to vibrant when you transition into the colorized version. Reader The Lurker says that he took this on during a sunrise ride: “Here I am heading to Qeynos early in the morning and taking a shortcut over the fields. Hopefully no angry farmer will see it and give chase — it’s a gamble!”

So what does it look like when our Massively OP interns get finished coloring inside of the lines? Let’s find out!

“Despite it’s shady business model, I still love ArcheAge for its countless possibilities to stray off the beaten path and do whatever you think will be fun,” submits reader Mailvaltar. “One day I took about a dozen of my Nuian guildmates, and instead of doing the same old Grimghast raid for the 100th time, we went to Ynystere on the enemy continent in order to disrupt our enemies’ raid. We went there early and hid in a forest, Robin Hood style. When their first farm carts passed by, we jumped on them, killed a few players, and crushed their carts. Of course, their comrades responded to the threat, and we were quickly surrounded by more than twice our numbers.

“After fighting for a while, dying, respawning, and having a darn good time, we noticed that some enemies were still moving their carts in a big circle around us, trying to get things done despite our efforts. We rallied for our final push at our respawn base on a little hill, and then used our gliders to cut their carts’ path. I call the resulting screenshot Death from Above, and it’s a magnificent sight to behold I think. That was a great day, and these kind of memories are why I love playing sandboxy MMOs.”

Reader Peregrine Falcon has a, erm, mystery for you to unravel: “This screenshot is simply called ‘Group Photo.’ We took it while touring an enemy base in an old MMO that I’m sure you’ll recognize.”

No. I have no idea what it is. It certainly doesn’t haunt my dreams at night and cause me to illegally break into warehouses across the country looking for bad guys to vanquish with my weather powers. 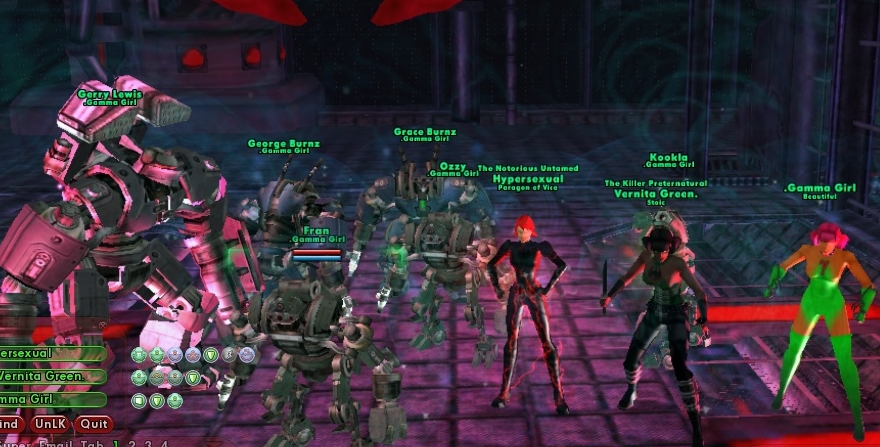 Although I love good stories behind screenshots, I do appreciate pictures that simply look amazing. What reader Kevin lacks in tales he more than makes up for in an artistic eye. So pretty. The picture, I mean. I have no idea what Kevin looks like, although I assume he’s a dashing gent.

“Great to have the site back!” Kevin says. “Here is a Final Fantasy XIV pic taken while I was touring around Eorzea looking for cool shots.” 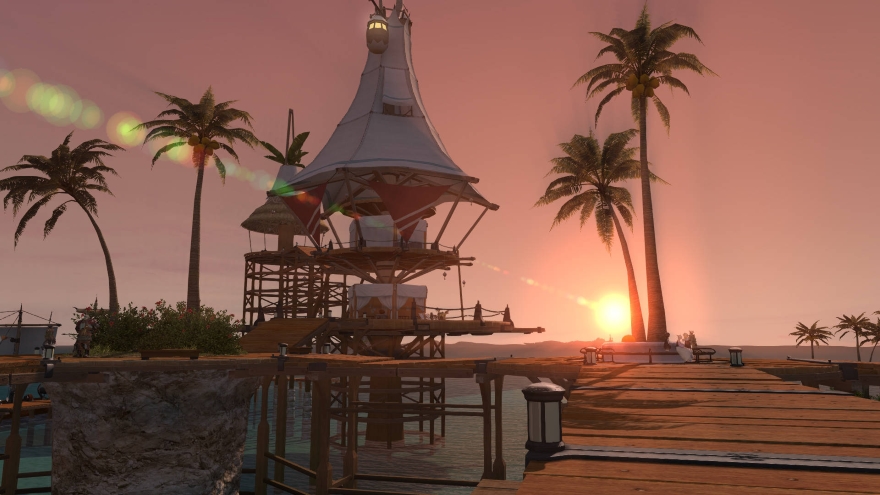 For this week’s It Came from the Comments Section! winner, I’m going with Siphaed for reminding us how cool Guild Wars 2’s Super Adventure Box was.

Also, I didn’t remember a parade in that game! When was it? How did I miss it?

For this week’s screenshot challenge, I want to see screens from one of Turbine’s titles (from Asheron’s Call up through Infinite Crisis)! Let’s roll some dice, smoke some pipeweed, and see what you all can come up with!

WildarX Surprisingly enough, some players of the other faction (who were luckily able to speak our faction’s language) gave a round of “GG” and “see you around” afterwards. Sometimes a distraction from the usual grind is worth more than the repair bill for a broken cart it seems. :-)

dirtyklingon Enikuo Ghostmourn Definitely wasn’t me. I was Elyos. And, I remember grinding mobs, though I recall it being for the drops as much as leveling – everything was so expensive.

The ArcheAge picture looks nice, I can imagine hearing “Flight of the Valkyries”.  The submitter stated, “It was a great day…”, I suspect it wasn’t so much fun for those driving the carts.  I guess gankfests are what this MMO is about, /shrug.

The picture after ArcheAge, I seriously have no idea what game that is, honest.

JohnD212 It’s nice to see screenshots from the games with less coverage. Your character looks sweet :)

dirtyklingon Ghostmourn I was thinking “What a cute guild name, I wonder if it’s a euphemism for something.”
What made your guildmates “terribad?” I’m curious … and, a little worried that it’s a small world and maybe I was one of them.

GoJammit Ghostmourn This was the only one left in the Sol system last week. Two weeks after launch I took my first visit and their was ten or more cap-ships. I guess most have deployed to conflict zones.

Vexia Nimway I agree completely! This game seems so unique in that aspect!

Robert80 BalsBigBrother Zulika_Mi_Nam Well here is another one then without the shadow thing throwing off the whole pattern.  Turbine got a lot of use out of that engine.

BalsBigBrother Zulika_Mi_Nam  Yeah, that was an awesome bug!  Nice picture!

There is nothing quite like finding a way to reach somewhere you probably are not supposed to be in an MMO.  Especially when the hordes of players can look and see you there, and wonder ‘How did that person get there?’
So, when I figured a way up onto a rooftop without normal access in Craglorn (ESO) I decided I must dance upon the wall.  After a handful of people wondered how it worked, I showed them how to get up there.  For those wondering, it involves riding your horse and timing your jump such that you neither faceplant into the awning, nor faceplant against the wall below.