MMOs occupy a unique position in our game libraries because they include a wide range of clever mechanics that keep us logging in day after day, week after week, and month after month. I have discussed how these act as barriers to exit before on Massively-of old: Daily chores and tasks with associated rewards are specifically included in the MMO mix to keep us logging in, and yet most players I talk to say that it’s their particular MMO’s community and social interactions, rather than the daily grind, that keep them logging in on a regular basis.

We’ve had quite a bit of discussion about stickiness in MMOs at Massively Overpowered, and there’s even been some speculation in Massively Overthinking about the death of the MMO guild. Feeling inspired by the sticky argument at hand, in this MMO Mechanics I’ve decided to look at how various MMOs use their community and social interactions as a stickiness mechanic, capitalising on our love for the people we game with in order to keep us logging in. 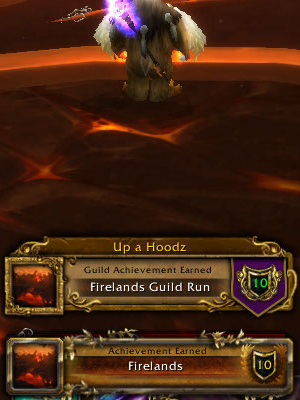 Perhaps the most important barrier to exit in any game is its community; I know that I have played games long after I would have ordinarily retired from them just because of my connections to that game’s community (I’m looking at you, World of Warcraft). I was just as often to be found in Orgrimmar idly sitting astride my Dark Phoenix while chatting with, singing to, or giggling at my wonderful guildmates on Ventrilo as I was seen actively raiding or completing dailies.

My most treasured in-game moments were all made to be so by the people I had at my virtual side, and I doubt I would enjoy MMOs even half as much if not for the social mechanics that brought us all together. I can’t even count how many times I fell to the Lich King because bringing friends along with me were more important than having the most technically perfect raid team. We eventually got the raid cleared in the end and had a lot of fun doing it.

The team at Blizzard knows that building such strong social groups inspires players to become long-term customers. Simply having guilds as glorified chat channels isn’t enough to keep players actively engaged, though. WoW and many other titles use the weight of social responsibility to tie down dedicated players through guild ranks, for example; if a player is a guild officer or leader, he or she will be much less inclined to step away from the game. Guild tabards are a constant reminder to players that they are a part of something greater than their singular player experience, and guild benefits and achievements are quite effective carrots to dangle in front of MMO enthusiasts.

But then groups became faceless

While MMOs continue to incentivise group play, over the years their designers have removed some excellent opportunities to forge new types of social engagements. Matchmaking systems like WoW‘s raid-finder mechanics have minimised the need to join a guild, allowing players to quickly hook up with a group without needing to have previously fostered a friendship with its members. Group content has become increasingly disposable and non-interactive in MMOs, and small guilds are becoming increasingly irrelevant as gateways to content.

Blizzard has cited the old guild level mechanics as the reason for the downturn in guild activity, but I see these instant grouping tools as much more damaging to the social side of WoW. Allowing players to group across the barriers between shards has had a similar effect, removing social obligations from groups since you have very little chance of encountering one another again. WoW has turned what was once an immersive and collaborative social experience into something anonymous and disconnected. 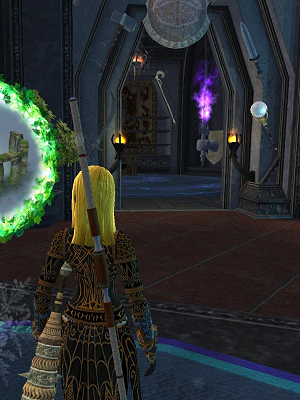 Games such as RuneScape and EverQuest 2 have taken a more positive approach to building social obligations into the game by introducing shared social spaces in the form of guild halls. The shared physical space contributes to a feeling of unison and is a point of pride among guild members. Working together to build a guild hall is a powerful motivator and often a significant time investment that players won’t want to walk away from. In EQ2, the guild hall is also a space to display trophies earned by the group for killing bosses, offering a visual record of all of those shared achievements.

Guild halls in EQ2 also provide members with benefits and are decorated by a dedicated designer, so a well-designed and stocked hall quickly becomes a status symbol and a good place to spend your downtime in-game. It’s one thing to interact with your guildmates in a chat channel but quite another to see them in-game. This is such a clever mechanic for injecting commonality into a guild and keeping socially active players engaged that I’m surprised more games don’t focus on similar gameplay. 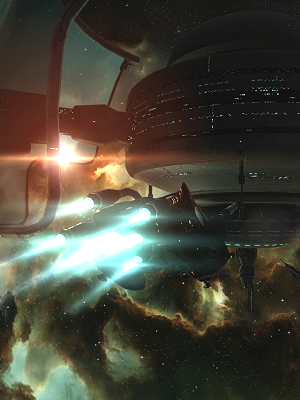 Of the MMOs that use their playerbase itself as a barrier to exit mechanic, EVE Online has historically been quite effective. EVE once touted its higher than average retention rate, suggesting that players who get the most involved in the community often stay for years at a time. Alliances in EVE can own, occupy, and defend their own territories, bringing in the lure of collectively owned physical space. Players are also incentivised to log in every day and stay up to date with their alliance’s war situations, as enough people missing a big fight could mean jeopardising your alliance’s hard-won territory. Placing the responsibility for its defense firmly on the alliance members’ shoulders seems to be an extremely effective way to tie them to the game.

CCP did not set arbitrary limits on party sizes in either PvP or PvE, so no one is forced to choose only the very best players to engage in content. Vast powerblocks have emerged to war over territory, and they can make use of even the freshest players with only a few days of play time under their belts. In PvP, newbie tacklers can warp scramble enemies using small, disposable ships, immobilising the threat while stronger players destroy it. In PvE, newbies can tag along on older players’ missions and salvage the wrecks for a tidy profit. The PvP-centric nature of EVE has inspired a sort of tribalistic dedication in its playerbase that pairs neatly with its death penalty mechanics to make a herd mentality vital to your in-game success. Everyone in a PvP fleet depends on each other to get through a fight without losing their ship, creating a stronger sense of community than PvP in other MMOs.

Keeping us connected in the future

I think reliance on other players for support is a critical piece in the MMO makeup, making players feel obliged to log in for the good of the social collective they represent. Giving these players a physical space in the game’s virtual world that they share or occupy is a fantastic way to foster the bonds that glue guilds, alliances, or corporations together. Achievements are also much more meaningful when they are shared and can be recollected as a group, lending a feeling of nostalgia to MMOs that keeps players active even when content dries up.

There seems to be a trend toward the casualization of MMOs in recent history, and I think that might be a mistake. If an MMO is to keep players logging in and establish a strong barrier to exit, it will need social mechanics that encourage players to rely on each other, work together toward monumental goals, and create stories they can look back on with the rose-tinted glasses of reminiscence. If they can do that, it would keep this genre relevant for a long time to come.