END_OF_DOCUMENT_TOKEN_TO_BE_REPLACED
Since the launch of Star Wars: The Old Republic, there have been two human-like species that players have feverishly demanded be made into a playable species: the squid-like Nautolans and the colorful Togruta. It’s only taken about four years, but as of the release of this article, Togruta are now in the game as more than just the Sith Inquisitor companion Ashara. (Those waiting for Nautolans will have to hold their breath a bit longer.)

For the price of 600 Cartel Coins, you can either unlock the species for a brand-new character or convert one of your existing characters into this new species. And if you’re one of the many Ebon Hawk players who have been waiting to roleplay a Togruta, then that will be 600 Cartel Coins well spent. However, if you’re thinking about roleplaying one of these odd aliens, then there are a few things that you should know about them before stepping into this new skin.

On Massively-of-old, I wrote a series within the Hyperspace Beacon called Holocron Files. Perhaps now is a good time to pull that series back out to briefly explain the things we know about the Togruta. Most of the information contained here is based on Legends and is only ambiguously canon at this point, but since actual canon gives us next to nothing, I will take it as canon until something in actual canon explains otherwise. Oddly, there isn’t a lot of useful fanon for this species as there is for other Star Wars species like the Twi’leks and Bothans.

What’s with the head tails?

If you’ve seen a Togruta before, there is no doubt that the first thing you noticed were the giant tails on their heads that seem to start someplace above the human-like head and end someplace around mid-torso. Although the coloring suggests that the this is one giant organ, it’s actually two different organs. The bottom section consists of two tails in front and one thicker, flatter tail in the back (on a rare occasion the back tail is actually split in two). The top part is actually two large, hollow horns called Montrals.

The only name I’ve seen given to the tails is Lekku, but that is actually the name of head tails for Twi’leks. I’ve not seen a canon or Legends reference that actually calls them Lekku. (There is an old entry in the Star Wars databank for Shaak Ti, but I’m not sure if that counts.) It’s been suggested that Togruta call them that because the languages of the two species are very similar, meaning that there might be an evolutionary ancestor between the Twi’lek and the Togruta. The function of the lower tails is also unclear, but they are probably similar to the Twi’lek’s Lekku as well — used for communication by small, subtle gestures with the muscles in the tails.

The horns however have been cited as being integral to not only the look of the person but also to the way she communicates with nature and the world around her. The hollow horns, or Montrals, act as a type of echolocation system for the species. They helped propel the species to the top of the food chain on their homeworld Shili because they ensure the species could better hunt prey and avoid being eaten themselves because of their almost extrasensory perception. Additionally, it’s been said that the Togruta Jedi don’t require as strong a connection to the Force as other Jedi because their Montrals allow them to sense their surroundings better than other species.

One last thing about the physical nature of the Togruta: their teeth. It’s likely that we won’t see this in SWTOR because it might be a bit off-putting for mere humans, but Togruta actually have sharp canine teeth. According to Star Wars Legends, the whole species is carnivorous. Their sharp teeth help them easily rip apart flesh. Legends says that the main diet for Togruta on Shili was a small rodent named Timiars, although in the Star Wars: The Clone Wars novel, Togruta and Padawan to Anakin Skywalker Ahsoka Tano said that she never developed a taste for them. 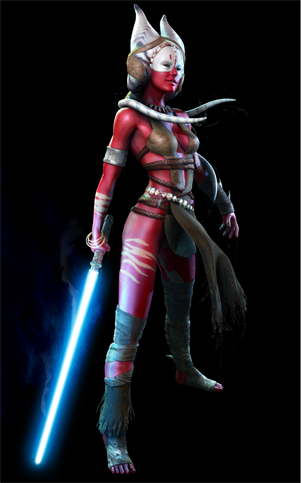 Interestingly, despite one of the main Star Wars characters being Togruta, we really have next to zero true canon to refer to when examining the species’ culture. Even the Expanded Universe tells us very little about the species. Most of what we know comes from the New Essential Guide to Alien Species, and oddly, the Force Unleashed video game and guide, where we learn that Jedi Master Shaak Ti had to return to her almost feral roots to hide from Order 66.

Despite the Togruta’s carnivorous nature, they are not lone hunters. Most Togruta live in a very interdependent, almost socialist, style of community. The Essential Guide tells us that goods produced or hunted by a single Togruta are divided among the society as a whole; each Togruta is expected to do his or her own share for society. And as cruel as it sounds, Togruta who do not contribute or who cannot pull their own weight are discarded, left to survive on their own. They say it’s nature’s way.

Togruta appear to be in touch with nature as well. Even in the coloring of the Togruta’s horns and skin blends in with the Shilian turu-grass. And hunting is not only a way of life; it’s also a source of pride for the species. One of the more fierce beasts the Togruta like to hunt is called the akul. Those who have hunted this creature wear necklaces or chains on their heads displaying the teeth of the akul. 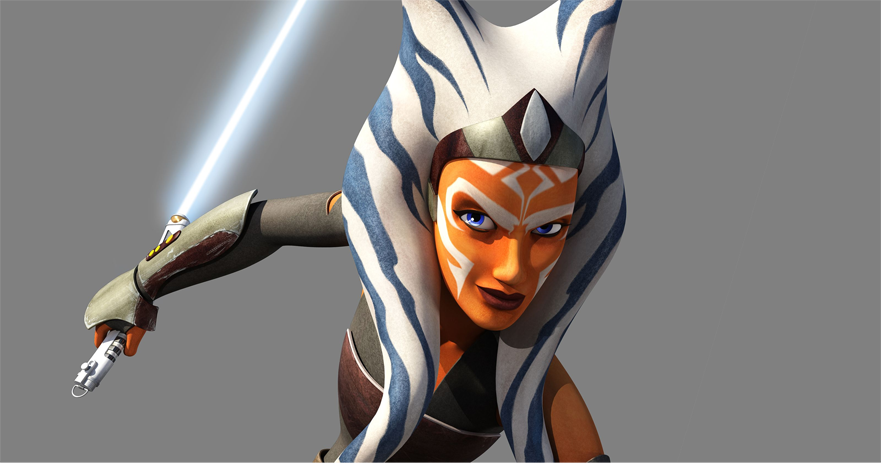 Togruta and the Force

Togruta already have heightened senses thanks to their Montrals, but their society attunes itself with nature by default. Although this might cause Togruta to lean toward the Light Side of the Force logically, it also means that the species can be easily corrupted if they listen to the wrong call of nature or if a Sith (say, a Sith Inquisitor) appeals to their spiritual side.

Togruta do tend to have an affinity for Force sensitivity, but that is probably more of an appeal to nature combined with a warrior-like culture. It makes them appear to be more Force sensitive than they actually are. If you happen to be a roleplayer, this might be a fun item that you can build into your character.

The Togruta fit really well on either side of the Force spectrum. It shouldn’t be uncommon to see a Togruta as a Jedi or a Sith. Republic trooper, smuggler, and bounty hunter (especially bounty hunter) work well with the natural culture of the species. It would be extremely uncommon to find a Togruta in direct service of the Empire as an agent or any kind of military personnel because of the pre-existing prejudices of the Imperials, but the for-the-greater-good sensibilities buried in the Imperial agenda might appeal to an individual Togruta.

Of course, these are just suggestions, not binding lore law. Are you going to make a Togruta? What do you find to be most appealing about them? What’s the fascination with species with head tails?

One final note: Massively OP’s MJ and I are going to be giving away a very limited number of Togruta unlock codes to random Twitch followers who tune into our livestream this coming Friday at 2 p.m. EDT. We will give you a tour of the character customizations for the species as well as a look around the new Galactic Stronghold on Yavin IV. Don’t miss it!

Wanna take a guess what skin/montrail colour scheme they all had? :/

Genuinely surprised they did this. After playing a year and hearing them churn out excuses or “soon”^tm for many things I didn’t think they’d bother. I was clamoring for the nautolans but I don’t play anymore. SO .. enjoy players :D

Estranged rottenrotny Don’t they suffer the same issue as Wookies, in that they don’t (can’t) speak Basic?

Ironweakness That’s what I was thinking. Might spice up the otherwise bland Consular a little. I will miss the hoods though, heh.

Karl_Hungus DanielReasor
This is precisely why there is no playable Wookies in SWTOR….least as I’ve been told.