First off, it might be unfair that I’m addressing this open letter to the whole staff of BioWare when I really should center it on the creators of Star Wars: The Old Republic. But I honestly don’t know how deep the problem goes. I might even be overshooting the problem still by addressing it to BioWare Austin, the creators of SWTOR. Maybe I should narrow it down to the designers and marketers of the BioWare’s cashshop. I’ve already made my complaints about the design and story of Chapter 10 of Knights of the Fallen Empire, but the issues with this latest update don’t end there.

END_OF_DOCUMENT_TOKEN_TO_BE_REPLACED
I am disappointed by the execution of the latest cartel packs on many, many levels. It was difficult enough for me to accept these lottery boxes in the first place. It concerns me that the best looking and most desired items in the game do not come from hard work and dedication, but rather how much extra money you’ve thrown at the game (though I do realize you can make cartel coins by inadvertently becoming a part of the sales team, aka the refer-a-friend program). I don’t begrudge the developers and publishers of online video games the desire to make money. After all, their families have to eat, too. However, my acceptance has been pushed beyond its limit by two items: the Grand Chance Cube and the Unstable Arbiter’s Lightsaber. 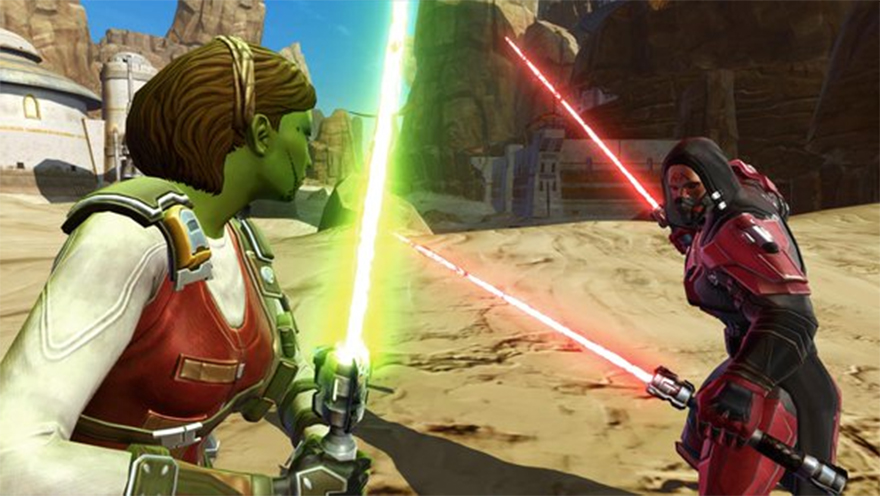 The items that rocked the game

Of course, BioWare, you know exactly what these two items are, but because this is an open letter, I should probably let those who aren’t in the know what these things are. You don’t mind, do you? If so, you can skip to the next section of this letter.

I’ll start with the Unstable Arbiter’s Lightsaber. It’s the simplest to understand. Hopefully, everyone reading this article has seen Star Wars: The Force Awakens. If not, I’m not going to spoil anything, but you really don’t get the full effect of Kylo Ren’s lightsaber without seeing the movie. Regardless, everyone who’s seen the trailers knows that the blade on Ren’s saber isn’t exactly steady. This is caused by a cracked kyber crystal buried under the hilt. (Not to be confused with the kaiburr crystal, Alan Dean Foster fans.) Kyber crystals were a type of lightsaber crystals, and Ren’s crystal in particular wasn’t pure, which causes the unstable look to the blade.

Ren’s saber has three blades coming off it, giving it an iconic look, but that didn’t stop the single-bladed or even the dual-bladed versions now found in SWTOR from becoming extremely popular. I’ll have more on that later. 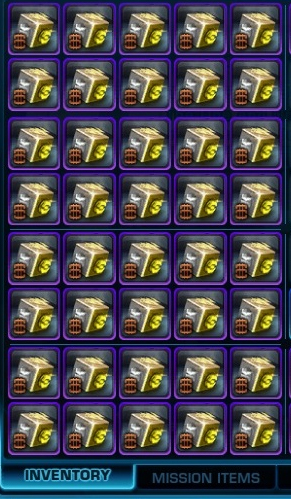 Hello, BioWare, are you back with me? You can start reading again; I’m done explaining the items. And I haven’t even complained about anything yet.

Do you know how much the Arbiter’s lightsaber goes for on my server? Of course you do. You know that it’s never dropped below 25 million credits on the GTN. You also know that the double-bladed version goes for about 15 million at its lowest. Most of the time, those two hilts run for about 35 and 20 million respectively. Granted, credits are a bit easier to come by now. But even if I had enough max-level characters, 35 million credits means that I would have to run 6 of them through every single heroic quest.

Of course, there are certainly other, possibly faster, ways of making that kind of money, but heroics are a consistent thing that everyone can do. It’s a good litmus test for earning money in game. Maybe you should use that to gauge how much you are going to charge for something or how rare to make an item. Ask yourself, “How many heroics would I have to run in order to purchase this item?”

At any rate, you knew that this was going to be a popular item because Kylo Ren is awesome, and you showed us your hand by advertising this specific item before the pack launched. So what did you do in the packs? Instead of letting this item drop like nearly every other item in the past, you made it an extremely rare drop. In fact, it’s so rare among the players in my circle that I’ve only heard of it dropping from the Grand Chance Cube, which we will talk about more later. This, of course, guaranteed sales of Cartel Packs and guaranteed the extreme frustration of many players who bought multiple crates of packs (an approximate $50 value each).

Hopefully, you can see the players’ perspective on these items. Hopefully you can see my perspective here. And I hope, most of all, that you do something about it before the frustration of even your most adoring fans becomes resentment.