Have you ever watched a great movie and ever wished that the director would make a sequel but also not make a sequel, all at the same time? More often, we are usually begging for a sequel only to be disappointed by it. Star Wars had the exact opposite effect to on me. I thought the sequel was better than the original. However, when Return of the Jedi released, I can’t say that I was begging for a sequel to that. I’m not a fool; I wanted more Star Wars movies, but we hit the happily-ever-after moment. The story was done.

I won’t dive too far into the spoiler territory just yet, but it’s safe to say that with Knights of the Eternal Throne that the story for Star Wars: The Old Republic is done.

There have been some movies that wrapped up nicely that also did well when they received a sequel. The Terminator is the first example that comes to my mind. The sequel did just as well as the original, but that is rarer than the opposite happening. Although the Star Wars universe continued to turn with the books, when the creator went back to tell the beginning of the story, it fell flat. I have a fear that the same thing likely could happen to the story in SWTOR.

If you’ve not played through KOTET, I should warn you that I will likely spoil a bit of the ending of the expansion because of the nature of what I want to discuss. However, most every fansite has released playthroughs of all the endings, so to not talk about this would put me behind the curve. I would like like to discuss the impact of the ending of the game in broad strokes, but I would also like to ask where the game can possibly go from here. I will give you my three possibilities. 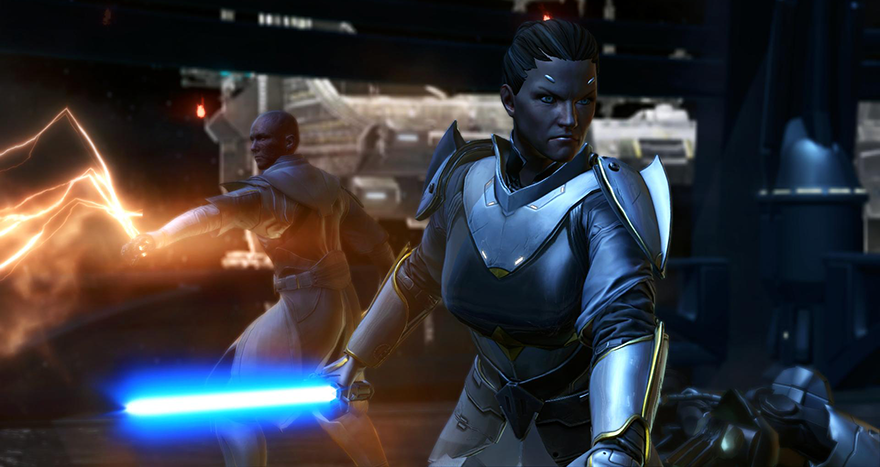 Running a new nation is interesting with a lot of a political nuance and intrigue, but there is no way that Star Wars: The Old Republic could ever come close to the political backstabbing and drama of Game of Thrones. Plus, Disney would not like all the sex and nudity that is required to follow that kind of drama. Nonetheless, your character is sitting on the throne; you have to build your new empire, and political maneuvering is the logical next step. I’m getting bored just thinking about it.

There has to be another way to deal with the situation without a trip to Snoresville. I propose taking the throne from the Outlander that at the same time gives the player motivation to find the big bad guy for the next expansion: blow up Zakuul.

Blowing up a planet in the Star Wars universe is clearly nothing new. As a storytelling device, we’ve been doing that since the very first Star Wars movie, and it seems to be the perfect thing. As an audience watching this story play out for our Outlander, we don’t have an attachment to the people of Zakuul, but we do have an attachment to the planet itself. So blowing that thing out of the sky will settle many questions, like “Why don’t we know about Zakuul in any of the future books, comics, or movie?” and it will give us a greater threat to deal with that will have to eventually be destroyed. 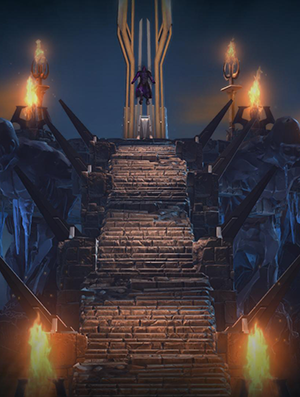 The galaxy is at peace. OK, sure, the Empire and the Republic are still fighting each other, but they are clearly small protatoes now. We need a bigger threat, one that can attack us from outside the galaxy. Heck, it could even be the Vong if we wanted.

I’m personally not a fan of the threat-from-the-outside story, but the Vong interest me because they are Force blind and that all their equipment is organic. I mean, a story set in the SWTOR time period explain why it took a couple of thousand years for the Vong to actually get to the galaxy even though the Vong probes have been there since the time of Exar Kun.

The Force-blindness and the unknown technology would not only make things more interesting for the writers but allow the designers to really shine by recreating the Vong look and feel — that is, if the publishers can pull them away from the cash shop long enough to get the job done. 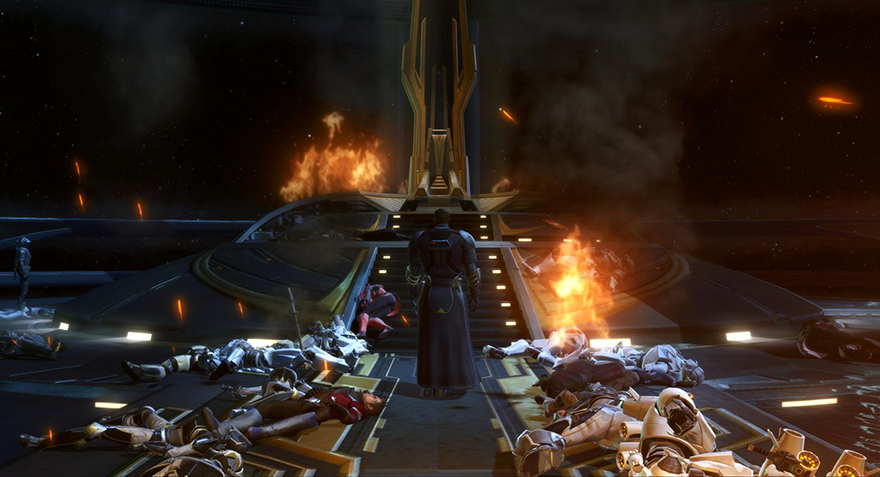 Tales of the Bounty Hunters was one of my favorite early EU books. It was the stories of the bounty hunters that stood on the bridge of the Executor to be ordered to capture Captain Han Solo… no disintegrations. It was interesting because it wasn’t a cohesive story, but it was interwoven with the things that happened during the original trilogy movies. IG-88 ended up being a part of the second Death Star, Zuckuss and 4-LOM turned to the Rebel alliance, and Dengar sort of rescued Boba Fett from the Sarlacc.

My proposal would be a retelling of some of the stories in the existing game from the perspective of another character. BioWare has already shown us that it likes the idea of our playing other characters like HK-55 and a mouse droid. Why can’t we play out the stories of some of the missing companions, like Kira Carson or Malavai Quinn? When the Outlander was growing in popularity, they had to take note. So why didn’t they join in? Let’s play that out. In fact, our choices from the previous chapters could have an impact on that story, too.

Those are my thoughts. But what do you think? How would you like to see the story head now that you’ve usurped the Eternal Throne? Let me know in the comments. And if you haven’t seen my thoughts on KOTET as a whole, then you should take a look at the last Hyperspace Beacon, and look for my yearly report card for SWTOR next week as well as my predictions for next year a couple of weeks after that.