END_OF_DOCUMENT_TOKEN_TO_BE_REPLACED
In addition to playing a lot of fantasy and sci-fi MMORPGs, I’m an avid reader of novels in the same genres. I never quite get tired of heroes growing into their own and then going on a journey of discovery and salvation over the course of one or more books.

It’s natural for me to compare the journeys I read in novels to the ones I experience in MMOs, and in some ways, online RPGs have forgotten or overlooked some of the elements that make the fantasy journey so gripping. Our characters start out already grown, already powerful, already killing machines that will save the world numerous times over. Our grand quest is usually nothing more than seeking even more power, gear, and experience points. Due to this, the whole process of progressing through a game is streamlined into a well-honed but somewhat soulless loop.

But what if a game took the time to reexamine the journey outside of the pressure to provide an optimal leveling and narrative path to the next world boss that needs extermination? What if there was a mission chain that took the inconsequential and made it essential, that was structured in such a way to more resemble books than eroded gameplay design?

Enter Bingo Boffin, the unlikeliest hero of them all, and his unique journey across Middle-earth with you in tow. 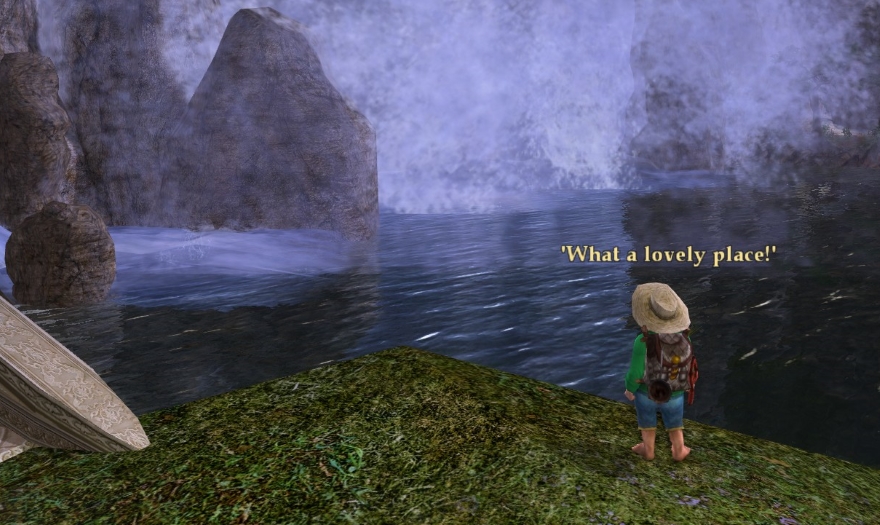 As many fans of Lord of the Rings well know, J.R.R. Tolkien’s original name for his Hobbit protagonist was Bingo Baggins. As his work and revision on the epic fantasy trilogy progressed, that name was changed to Frodo because Bingo was “too silly.” Yet the name has endured among fans as a quirky little piece of trivia, eventually worming its way into Lord of the Rings Online.

In July 2015, the LOTRO team introduced a strange new experiment for the game: a weekly episodic quest series that would follow a non-canonical Hobbit around Middle-earth in a journey that would in some ways parallel but in others diverge greatly from Bilbo and Frodo’s. This character was Bingo Boffin, a slightly doofy-looking country bumpkin who felt the call to adventure and answered it.

Over the course of the following year, players would log in each week to find that the saga (which is probably too grand a name for it) of Bingo was continued. This allowed players to experience a story as a regular serial, following Bingo’s bizarre progress across Middle-earth and being his partner-slash-bodyguard in the process.

After 52 installments, which included 11 small solo instances, the tale of Bingo Boffin was wrapped up in July 2016. However, players — such as myself — could experience the whole quest chain without interruptions or delays. In addition to the entertaining story, the series paid out handsomely in rewards such as housing items, cosmetics, pets, and titles. There was even the almighty po-ta-to cosmetic weapon for Rune-keepers. 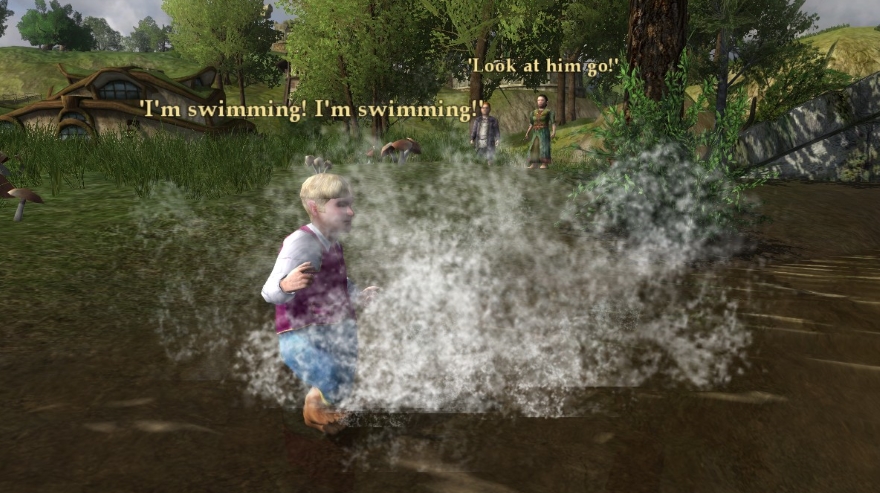 Because the Bingo series was released when I was on a break from LOTRO, I wasn’t able to play it on a weekly basis. So now I’m going through it for the first time, doing a quest or two every night and thoroughly enjoying myself. Well, at first I was worried that these quests would venture too far into silly, inconsequential territory, even for me, and Bingo’s bowl cut and sun hat weren’t doing him any favors in my eyes.

Yet I soon warmed up to the character, because in a way I think this is the closest we’ll ever get to a Hobbit MMO. You have to realize that LOTRO isn’t really a “Hobbit” game. There are a lot of Hobbits early on, particularly in the Shire, Evendim, and Bree-land, but past that there’s only an isolated colony in Enedwaith. Other than that, Hobbit exposure and culture is chiefly left up to any encounters with Frodo, Sam, Merry, and Pippin. Probably my biggest gripe with Lord of the Rings as a story is how it eventually becomes the Man Show starring Man, shoving more interesting races deep into the background.

Thus, I feel it is kind of genius to center a moving questline around a Hobbit, letting us see Middle-earth from a completely different perspective, taking familiar zones and repurposing them for an alternate adventure. Considering how large the game world is and how tired most players get of staying in the same endgame zone until the next one is made, it’s always a good idea to give us a reason to go traveling. 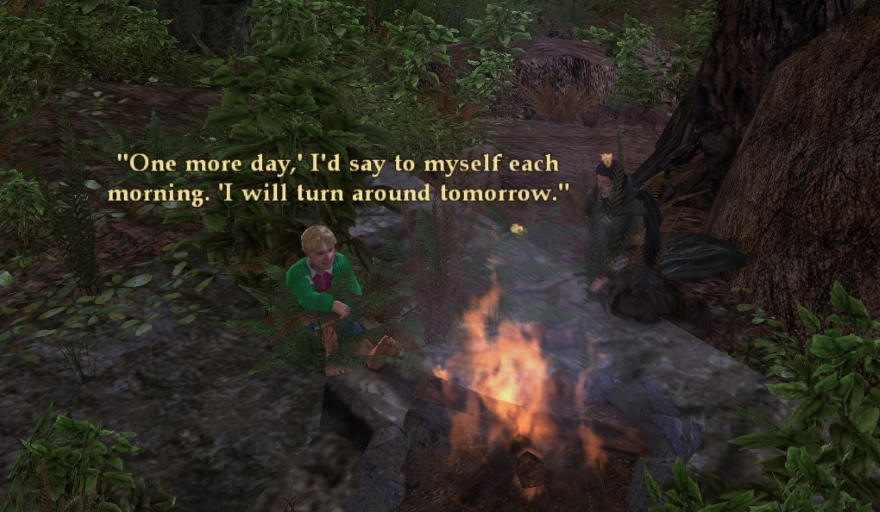 I’m going on an adventure!

Probably what endeared me most to the tale of The Hobbit was the idea that there was this nebbish, sheltered being who heard the call to adventure and — reluctantly — answered it. Seeing the growth of Bilbo over the book as he journeyed to far-off places, overcame incredible odds, and met memorable people. Bingo is a very unlikely hero as well, a dumpy Hobbit who finds a map that somehow triggers internal wanderlust.

At the onset of the series, Bingo is seemingly ill-prepared for the road ahead. He’s forever forgetting basic supplies (and making me run back for them), can’t even swim, and requires babysitting in the dead of the night so that he doesn’t get killed by wandering monsters. Yet, like Bilbo, there’s some mettle in Bingo that starts to emerge in small but significant ways. He identifies with and encourages his adventure-prone niece, makes friends with a lynx (adorably named Willem Whisker), and manages to escape an entire gang of well-armed Dwarves.

Sure, the Hobbit would be dead within 12 hours if it weren’t for me doing most of the real work, but he’s not total deadweight. And truth be told, I don’t mind helping him along. What I’m getting in return is a fun side excursion around this virtual world that I thought I knew fully and yet keep getting shown new sights and taught new things. I’ve been to Rivendell a thousand times, but Bingo managed to make me look at it through his fresh eyes, if only for a brief moment.

I also want to commend the devs to putting together a weekly questing series. I’m certainly in favor of such regular content, and the weekly scavenger hunts are something I look forward to every Thursday right now. It would be incredibly awesome if we got another year-long series in the vein of Bingo Boffin, and I know I would make sure that I’d actually do it as it released this time around.