April Fools’ Day this year has been pretty weird, given that MMO studios started rolling out their pranks and events in the middle of last week, and here we are on a holiday and a Sunday too. We’ve seen everything from Guild Wars 2’s sitting in chairs to the real-life theme park teased Black Desert. Pokemon teamed up with a noodle company. Elder Scrolls Online’s been running its Jester’s Festival for four days already!

I’m pretty fond of Path of Exile: Royale myself.

Based on community feedback, we are announcing that we have abandoned the Action RPG genre to focus on what players really want. Path of Exile is being replaced by PATH OF EXILE: ROYALE, a 100-person free-for-all battle royale game. https://t.co/TSR4wXv85W pic.twitter.com/MApXZFyDtu

Funcom announces the Conan Exiles Sword Ruler, a handy tool for measuring your weapon of choice and comparing it to others. pic.twitter.com/9wesa8opKc

Shroud of the Avatar begs you to not fear the reaper…

War Thunder’s devs invited everybody to play the quiet game.

EVE is vowing “more balance” and a new ERIC to replace AURA.

It's beard and boba day in Aden! Take both your style and your CP to new levels with a true Dwarvish beard, or get a dose of that extra enhancement with a refreshing Maphr's Boba! Only available on April 1st – get yours now! pic.twitter.com/14li3W73ck

Jagexa connects to a cloud-based voice service via RuneLink, to streamline your RuneScape experience and your everyday life.

Hungry for some Bless snacks? 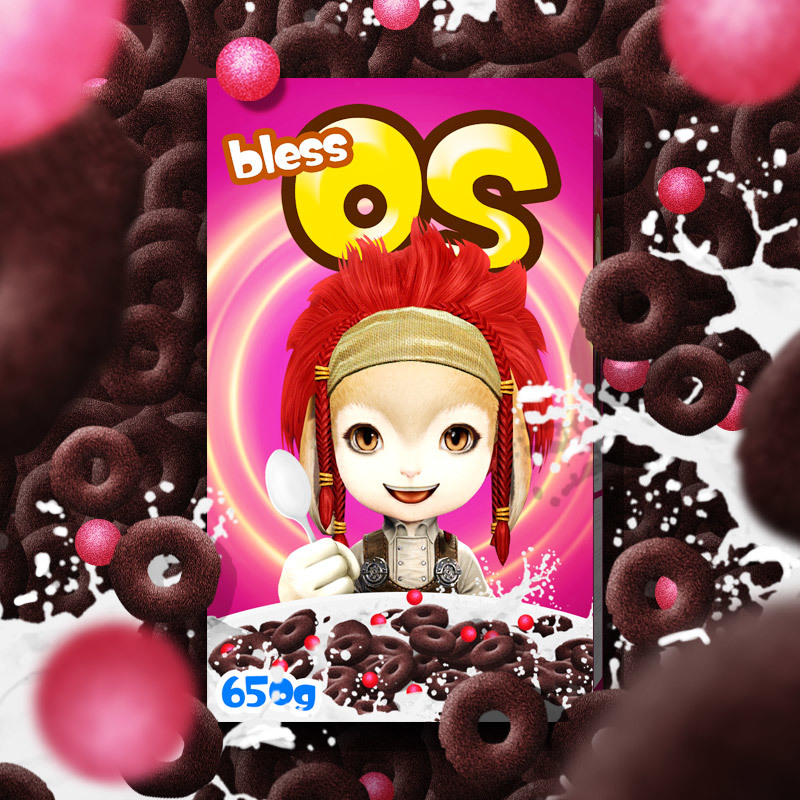 Haha, I love this one: Closers introduces a new Closer character called Pane of Glass. 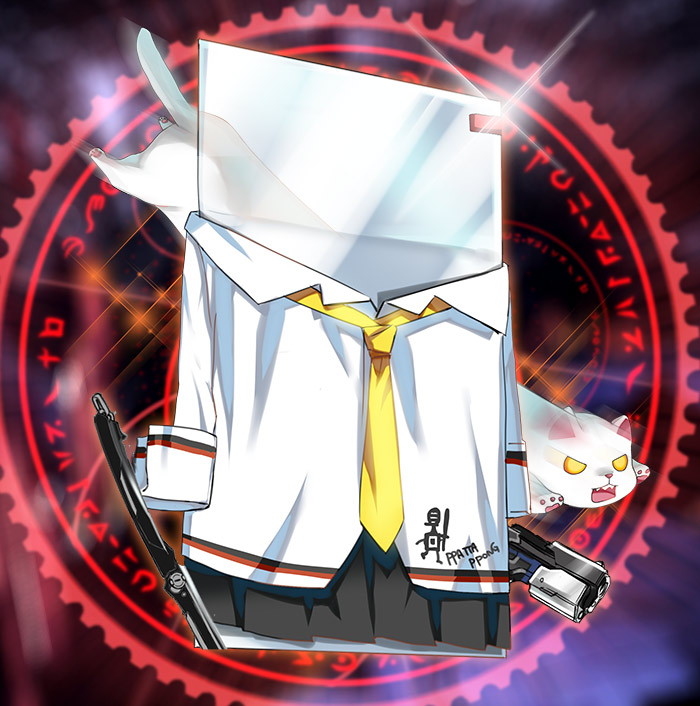 For our part, we’re enjoying a round of Massively OP Bingo, and as promised, we’re sharing the board down below so you can join in while answering today’s Daily Grind: Which MMORPG has the best April Fools’ Day prank this year? 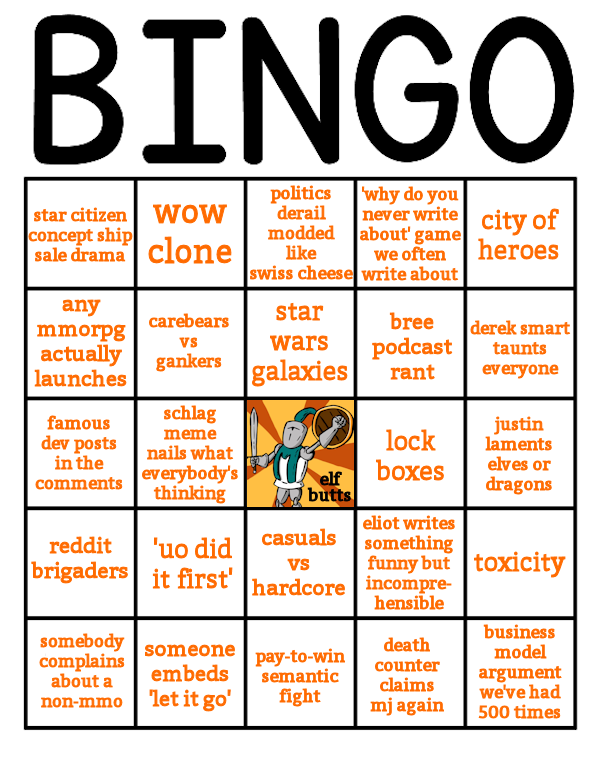 Every morning, the Massively Overpowered writers team up with mascot Mo to ask MMORPG players pointed questions about the massively multiplayer online roleplaying genre. Grab a mug of your preferred beverage and take a stab at answering the question posed in today’s Daily Grind!

Thanks to everyone who sent these in! If you spy more as the day goes on, tuck ’em down in the comments!

I think Trion’s Rift joke is the best. Devs laughed a lot for sure.

HexTCG had a small teaser post about a new Magic Eye battleboard: https://www.hextcg.com/eye-spy/

I am so impressed.. that must have taken you FOREVER.

I declare a winner! :D

I’m with Bree: the Path of Exile prank made me laugh a lot. I’ve just discovered the Conan Exile one and I must admit it’s a close second place. :D :D

I can’t say which was the funniest, but GW2’s chairs joke gives me a feature I get to still use after April 1st so I think that one is the best. Especially as a RP’er who has been waiting for the feature for over 5 years. Yay!

Actually standing in line and seeing where you are in the que might actually be interesting, especially if we get popcorn. But if we get to stand in lines we really need a chance to actually ride roller coasters even if as a joke at the dark moon faire.

Guild Wars Chairs seems pretty realistic, as it doesn’t seem too fantastical and really seems like something they’d add to the game (at least if you just read about it and don’t watch the over the top video they make talking about it).

They even have a super official looking wiki page addition, so I thought it was actually something new added to the game:

That’s the joke. It WAS something they added to the game. They went in and made 1400 chairs capable of sitting. Some of them even have action buttons so that on a couch you can switch cushions at a push of a button or on a bar stool you can change facing without having to get up. You can also use several emotes while sitting.

Apparently it was quite the process. They had to go in and individually switch out 1400 chairs.

It’s like when Super Adventure Box came out. There’s a silly and over-the-top video but then when you go in-game it’s actually real.

In addition to the usual AF Day ‘Artisanal Sounds’ (where they replace in game sounds with Devs doing vocal SFX, they have a “Holo-Kurland” running around on DS9 attacking folks. The ‘Captain Kurland’ VO of “Kurland here” has been a meme in STO for years since it was overused in a Featured Episode. MANY folks have wished to see the Kurland NPC die so we’ll never hear: “Kurland here!” again. :) 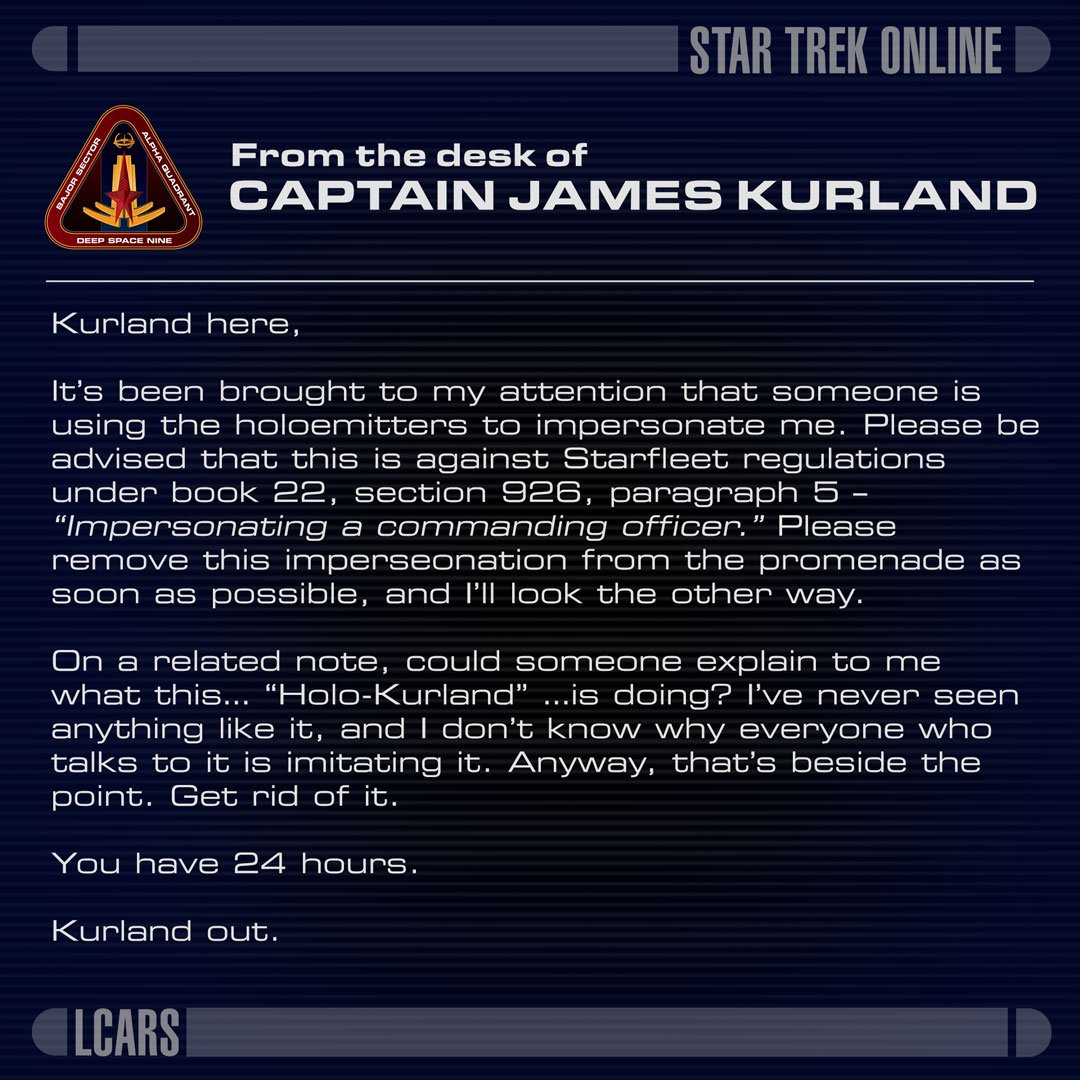 I assume the BDO themepark will have a large, well stocked river winding all the way through it.
My inner 13 year old loved the Conan Exiles one.

TitanReach turns off its servers to enter a multi-month ‘private development’...

Overwatch shares reworkings of Bastion and Sombra coming to Overwatch 2