Such is the circle of space life: As one survival sandbox shuts down development indefinitely, another powers up. I mentioned last week that ROKH admitted it hit a barrier it can’t break and will be going quiet until funding is acquired, whereas Osiris: New Dawn has really taken off. The latter wasn’t relatively silent due to any lack of things to discuss; it was actually super nose-to-the-grindstone over there at Fenix Fire Entertainment as the dev team has been updating, optimizing, and more (continuing to do Early Access pretty right). And there are more noses at that grindstone than before; the team has grown from the initial two at launch two years ago to 23 members now. And this team has plans.

Do you want to know these plans? There’s a roadmap of highlights paving the way of the game’s future. And this roadmap appears to include even more folks and more playstyles. Here’s a look ahead at the triple threat of modes you’ll see along the journey to a Spring 2019 launch.

Show me the story

If you are going to TwitchCon at the end of October, you could see a demo of the upcoming story campaign mode first-hand. If you aren’t no worries — it will also be released as a playable demo to the Behind the Scenes Experiences on Steam just a day later on the 29th. (I had to peek at my games list and discover that the BSE is indeed a thing!) If you don’t want to mess with that, you can wait until it moves over to the main game in December of this year.

As much as I have loved the open sandbox elements and ability to make your own story in these survival games, there is definitely something to be said for having the option of partaking in some official story. I personally love story in all other games, and I’ve discovered how much it enhances a survival game for me. That’s why I am excited to see that Osiris: New Dawn is adding in this mode. Doing so has a number of benefits, including appealing to a broader audience (more friends?!) and offering more reasons to stay for existing players (like me!). Story mode basically equating to getting more friends joining in to play with me! I totally understand that some people don’t want to aimlessly wander an alien landscape, and that’s OK. For them, giving a reason to explore and build will get them hooked into the experience. And I am all for more people getting invested in the game.

Now, you might have questions as to what this story mode entails. Well, I can’t help you there yet, but I hope to share more information with you all soon. I am hoping that you can do the campaign mode multiplayer as I’d still rather live out my (hopefully not final) days on this alien world with friends.

Making the most of your survival

Campaign mode is not the only new mode Osiris: New Dawn will sport come December. That major update will also add a survival mode to the the already available sandbox mode that players are already familiar with. If survival mode sounds like it will be harsh, it’s because it will. Fenix Fire notes that this mode will include multiple scenarios with specific goals that players must achieve either alone or with compatriots. Of course, if you fail to achieve the goal or you die while trying, you’re finished. 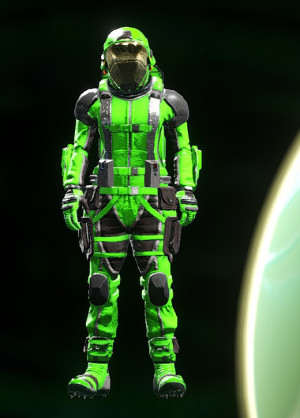 Without knowing more details about this scenario, I have two hopes. One, that these have different difficulty settings. Before I dive into a DIE IN THREE SECONDS TAKING YOUR FIRST STEP one, I’d love to tone it down a notch. Of course, for all those who want the most serious challenge possible, they should be able to crank that sucker up! I’m thinking back to my very first stream of the game where we upped the monster density when making our world and it was constant vicious death! Yes it made for amusing viewing, but I couldn’t actually play until we remade it a little less hardcore.

Two, I’d also really like to see scenarios with different time sets. For instance, I’d love to see some short but super intense one-and-done survival scenarios that can be played in anywhere from 30 minutes to a couple of hours or so. Having the chance to have leaderboards for these would also be pretty neat, as folks take on the challenge to see who can beat it with the fastest time for each difficulty setting. I’d also like to try to get through the challenge of one that may take 10 plus hours or even a couple of days to complete. This scenario would necessitate being able to close down and save in order to come back when real life permits. Perhaps this is best only for solo, but maybe in multiplayer it only opens when all the original crew is present?

Sandbox mode is already known pretty well. It involves keeping yourself alive while you improve your abilities to help keep yourself alive. You forage, you hunt, you craft, and you build… and you get better at at foraging, hunting, crafting a building. Sometimes you prevail in your endeavors, and sometimes you fail. Here, though, while failure may have some setbacks, you still dust yourself off and keep going. The main difference players will see in this mode with the big December update is the inclusion of a number of new and/or improved systems. Fenix Fire gave traversal, combat, and repair as three examples of these systems.

In sandbox mode, there will be no missions to complete, no story to follow — just you (and maybe friends) and your own wits, creativity, and abilities to get you by. If you want story, you will have to make it. If you want missions, you will have to just create them. Will you survive on the planet and work your way up to building a ship to get you off in order to explore the others? Wait, did I say other planets? Yes. In this update, there will be other worlds to work your way to to explore… well, and survive on; Proteus 2, Aziel, and Zer will all be available in the Gliese 581 system, as well as a brand-new planet.