We’ve previously covered CCP Games’ Hilmar Petersson’s comments on not giving up after all EVE Online’s unsuccessful spinoffs, including most recently Project Nova. But it’s starting to seem likely that CCP isn’t too concerned specifically because it thinks EVE itself is about to explode overseas.

Speaking with GIbiz at Reboot Develop Blue last week, Petersson suggests that Pearl Abyss’ acquisition of CCP has boosted the Korean playerbase and that its foray into the Chinese market is also about to blow up, partly because of a burgeoning regional interest in sci-fi.

“A big part of our plan going forward had to do with Asia overall. […] The reason why we’re pushing on it now is that, historically, science fiction has not been a big topic in Korea and China. But ever since China set its eyes on space, building a massive space programme… And then there was a pretty profound moment with the novel The Three Body Problem — an amazing science fiction book written by a Chinese author [Liu Cixin] — when you read that book it’s like, yes, that is relevant to our times right now. That has turned sci-fi more and more popular in China.”

So not gonna work: No lolis, no gender locked classes, no cute furries, etc.

While the Chinese do love to play PvP empire building games vs the west I’m not so sure it would be as big a draw with an all Chinese audience, but I’ll admit to not knowing much about the gaming scene in China.

Is CCP Games a one-trick pony? Is EvE their only successful game so far? What makes the devs think that a game that is a couple decades old will be successful in China or Korea?

EVE’s age is not showing at all, as CCP has been progressively updating the graphics and systems since its initial launch.

Are these rhetorical questions? If not then the answer to the first two is yes, for the third wishful thinking maybe?

Perhaps because one of the most popular MMORPGS in Korea is even older, and BDO has some success with China and other Asian markets.

You do know that China has just landed on the Moon? That big white body in the sky.

Clearly, my entire point is destroyed by my failure to present a COMPREHENSIVE timeline of Chinese space accomplishments.

And here I just thought I’d already belabored the point to death.

Oh, the bots will fit right in the dumpsterfire that is EVE’s playerbase.

EVE’s playerbase is a lot hit and miss like most modern games. You can easily find good groups(some of my best online friends come from there which are very good people) and you can also find as easy some terrible people too. For me thankfully I had (mostly) good luck on finding good groups(corporations too) there. I do have one very bad case as well though on the 7 years I play

Oh, i’m just generalizing for the sake of being a funny dick, as is per tradition.

But that EVE itself is a game that kinda festers with such behavior, and that asian communities for some reason kinda invite a boom of goldsell spam and botting.

I think CCP is a company with many talented designers and coders etc but lacks a bit on management. They misjudged on giving up world of darkness, and on devoting time to dust and valkyrie and that is on management. Also they were experts on sandboxes and tried to place their feet where they had little to no experience – big risk.

However I enjoy EVE and play it and I think they had been mostly doing a good job on it. Their future plans seem encouraging too. And how many 2003-04 released games can claim they are up to modern standards as EVE is?
Expanding to more markets should had happened….yesterday. I dont think it will be as big as they hope for but it will be an important growth.

I like a lot of things about Eve but…no, I wouldn’t say EVE is anywhere close to ‘modern standards’. The hardware focus (avoiding humaniforms, really) allows it to graphically dodge that “aging” appearance but graphically it’s more or less the same game it’s always been. Trinity and Apocrypha were slight shuffle-steps toward modernity but still….not much different.
(OK granted, they’ve gone away somewhat from their penchant for really stupid random-ass shapes: the old Scimitar
http://izlin.free.fr/eve/ships/scimitar.jpg)

If you’re wondering “well, what the hell is he looking for?” compare the hardware renders of NASCAR racing 2003 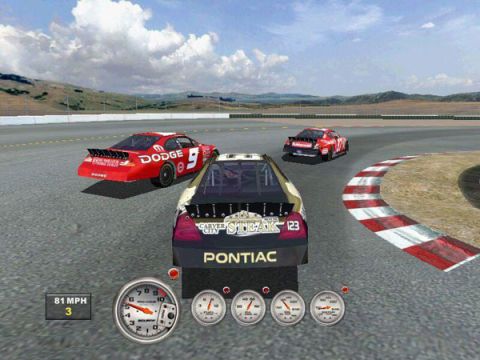 More importantly, EVE has a terrible UI, a dull, repetitive PvE model (they’re at least trying some ideas there finally?), aside from pretty skyboxes a non-existent universe, kludgy mechanics, no automation or system support of the player, and results in gameplay more reminiscent of Jutland (or Pirates!) than Star Fleet.

Actually its PVE and its PVP is fun, its why there are people playing it. The UI is also good for a game of this kind and logged on and graphs even if you set it to low are decent: 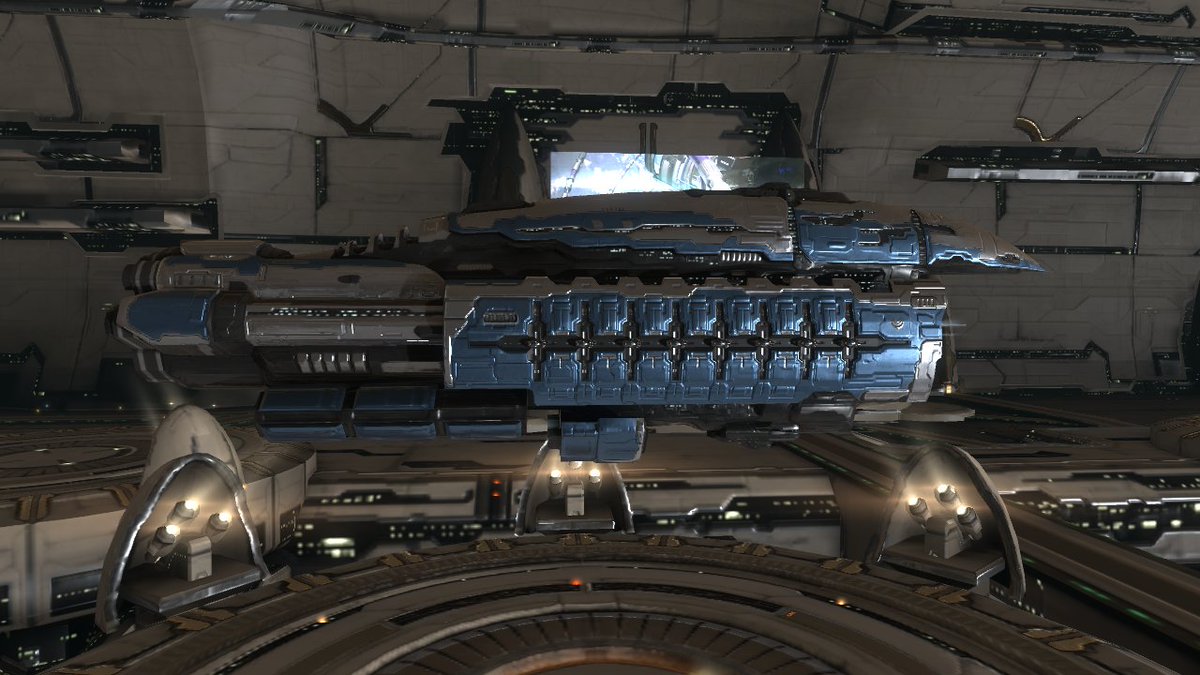 They misjudged big time. It’s not me whining about closure, it’s about no serious vampire MMORPG on the market. WoD or not – that’s vampires. And with other supernaturals added gradually it could be anything. There are ton of people out there that just waiting for vampire sandbox in modern setting.

IKR? I am WoD… well, “fan” too strong a word… appreciator. But that’s me. There is ton of vampire fans out there. Anne Rice. Blade. Twilight. All of them could find home there. They woould not care much about WoD itself, but rather about dark vampire world feeding on humans night after night after night… What a delight…

And imagine other additions. I am guessing hunters would be most logical and easiest to implement. Imagine the irony if hunters would be implemented the same way monster play was implemented in LotRO. :) Werewolves as some kind of alpha class. Others like demons and mages being separate entities that will come into play on certain conditions. Ton of things to add, a monster ecosystem of sorts to develop. Bot neeeeeuuuo…

On a side note we still lack this. Ecosystems I mean. Sandbox where human players are the main game is pretty single-minded. Ah, EQNext… Why art thou abandoneth us… Oh, woe…

You know I enjoy EVE Online and play regularly, but even as a fan this strikes me as about as grounded as my brother saying he has a “good feeling” about some lottery numbers he picked because his research says they’re due.

Yes, and WORLD OF DARKNESS, DUST514, VALKIRE, and NOVA are going to be HUGE industry successes for them too… oh, wait…

Yep, it’s just the clueless management at CCP calling everything they’re planing a BIG SUCCESS before they then have another ‘soul searching’ panel on how “They’ll keep trying…and that’s why they’re ‘special’ “.

If there’s one thing most evident about CCP as a company – except for their 20 year old MMO (which they even promoted for a decade and tried and failed to add “Walking In Stations” to; yes, they can’t even successfully ADD a new feature to their one successful game) – EVE Online; they are honestly game marketing and development failures — and with their current upper management, that situation will not change.

Like I said in comment to previous article about them “trying until they make it”. No, that’s not them. Not really.

I am not that sceptical about asian market and EVE, but… Nothing beside EVE really works.

Yeah, exactly. Also, why all those fascinating decisions?

Valkyrie – only VR. Same questions! I would play! Seriously, I am not interested in Elite and SC is not yet a game. I’d love myself some fighter pilot action, especially PvP. And they release it VR only. Then, after a load of time they decide to make it – at last – accessible for any player. Yeah, thanks… Maybe another time because honestly after hearing everything I did about the game I am no longer interested.