Want to send your ardent World of Warcraft Classic proponent into an unscripted fit of rage? Insist strongly that while the retro server idea is all well and good but Blizzard really should port a few of its more modern ideas back to make Classic even better. I mean, there’s already a massive snit fit going on about layering — layering, for pete’s sake — so obviously this would never happen, but I would bet that many WoW players testing Classic out might secretly wish for one or two features to be included in this version.

So here’s a thought exercise for today: What feature from the current live game would enhance WoW Classic the most without ruining its fundamental design? Transmog is the first thing that comes to my mind, because many of the armor pieces from vanilla are these ugly, chunky things that don’t match. I would rather pick and choose which ugly, chunky things I wear, thank you. I also wouldn’t mind small quest quality-of-life improvements such as automatically adding quests to the tracker and quest givers and turn-ins on the mini-map.

What do you think? What one modern feature would best enhance WoW Classic without breaking it?

Wow classic already isn’t classic in so many ways, but no need to dilute it even further I guess. Still for speculation, dual spec might be nice.

I tend to think so too, but then I remember what that led to. Perhaps we could try that path again and find a way to not dilute the class roles, but I fear to solve the problem we must go further back — before WoW. Before the holy trinity, or perhaps before DIKU.

Duel spec doesn’t dilute class roles in my opinion, it merely allows a player to take on another role as needed. Like a cook who is also a carpenter, he is both “classes” at different times. BUT actually I think more in roles than in classes, that is why I have no problem with multiple roles for one character .. as long as it doesn’t remove roles like many modern mmos does (ex: GW2 is role-less).

One major reason that I want Classic is that Blizzard CAN’T f*** with it. No more random buffs and nerfs every few weeks, no new currencies, reps, mechanics, etc. If you open the door to back-porting any modern feature, then you potentially open it to all.

Heh. Someone threw a match over here and this discussion lit up like a Christmas tree. Good stuff.

So all I will add is this. I’m a traditionalist. I like the old ways many times more than the new, for the most part.

But old issues and old frustrations don’t have to be a part of Classic to make it classic.

Any improvements in inventory like stacking should be a part of this release. If not, people will remember the old crap and after nuance wears off they will be off to greener pastures.

None. It would no longer be Classic and hold no interest for me.

Now if you want to have an article that asks what one feature Blizzard has added to WoW over the years that made the game better, then I would be interested.

Transmogrification. I want to be able to look like a lowbie when I’m level 60.

I always thought the armor you get between levels 20 and 30 was the best looking. After that it looks too epic for my taste.

I also would like to pick my pieces and colors, I want my character to be in brown and green – like some forest ranger – brown leather and green cloth.

Something along those lines: 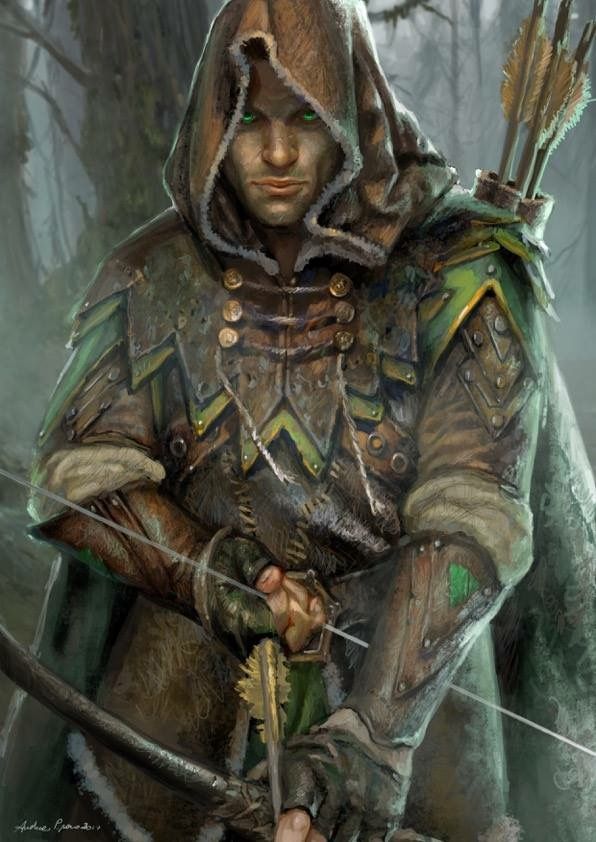 Collection storage easily. Every single pet and mount in that game took up an inventory slot until WotLK, I believe. ‘Toys’ didn’t really become obnoxiously abundant until later, but there were still a handful of ‘fun items’ through Engineering or managing to nab stuff like an Orb of Deception.

That one change, for me, is what turns pets and extra mounts from things to be avoided at all costs into things to be collected and sought after. I love collecting things, but I’ll never collect anything in-game if it uses up my precious bag or bank space.

For me, transmog. Secondary, better storage.

The minute you start adding modern features to classic it stops being classic and it starts going down the same path that led to WoW becoming unplayable for me by around 2009 .

It was the grouping tools that really killed the game for me because the players started to just hang around in cities doing instanced content . The game world became a bit of a ghost town and world pvp on the servers I was on pretty much died out over night .

Any quality of life changes render the classic servers pointless because that is not what people will be going back for . I am not sure if Blizzard will understand this and will screw it up all over again pandering to people who want easy access to dungeons and raids .

My view is if you want those sort of features then they are in the live game and if the lack of them is a problem for you then you the classic experience is not for you .

I’m going to leave the LF* discussion alone, that’s been done. Although I agree, LF* didn’t ruin the game. It just pulled the curtain aside to let you see that the asshats were always there.

So instead, maybe the 60% ground mounts sooner. That run from Westfall to Darkshire. Or Darkshire down to Booty Bay. Or, you know, the Barrens.

Nothing. Vanilla is as vanilla does.