For this week’s edition of the MMO Cartographer, I have pulled Aura Kingdom out of my magical bag of maps. It is a bright, colorful, adorably cute anime game from way back in 2013, developed by X-Legend Entertainment and published in the west as a free-to-play title by Aeria games.

I had no trouble getting it set up and running through Steam on Windows 10. That might sound like a low bar to clear, but I have recently installed another older game that wouldn’t run until I hunted down .dll files that were missing. At least this one is all there! For an older game, the system requirements are very low. This is good news if you’re trying to run it on a toaster or if you like to jack all your settings up to ultra-max. 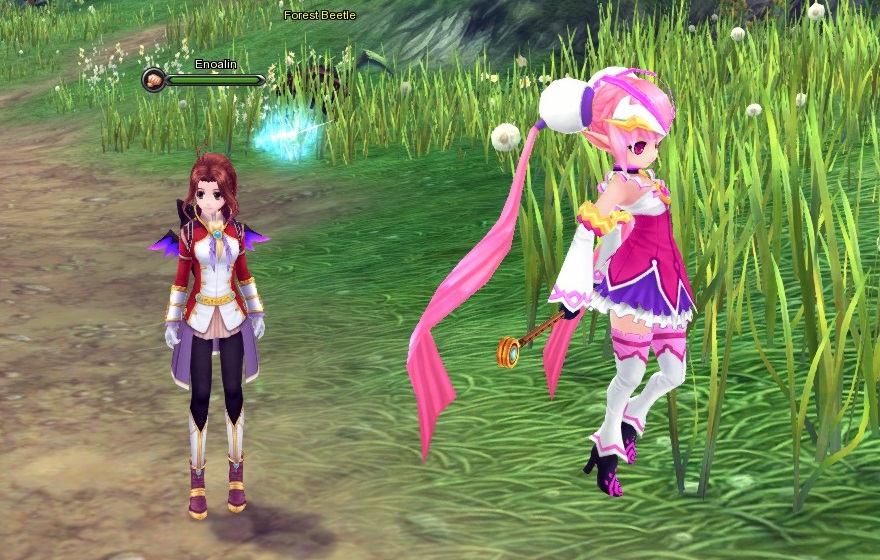 I dimly remember checking out this game in the past, but if I had a character at some point in the past, I don’t have it anymore, so it turned out to be a totally fresh start with brand-new characters. There are 14 classes, and they are not gender-locked. After some of my other adventures, I thought it would be good to settle on just one in order to make some progress, so I chose a Duelist, a dual blade-wielding melee class. The character customization is average, with a number of faces, hairstyles, and colorings to choose from. The last step in character creation is to select an Eidolon, a magical companion. I chose the Cheery Sylph, the one that was rated best for healing because I thought that might be a good way to avoid dying. It turned out that I didn’t really need to worry much about that.

When you begin the game, you’re in a dream or a flash-forward, all decked out in fancy gear and facing dangerous foes. The first NPC you meet is the unfortunately named Analisa. She gives you weapons and sends you off to meet your destiny. 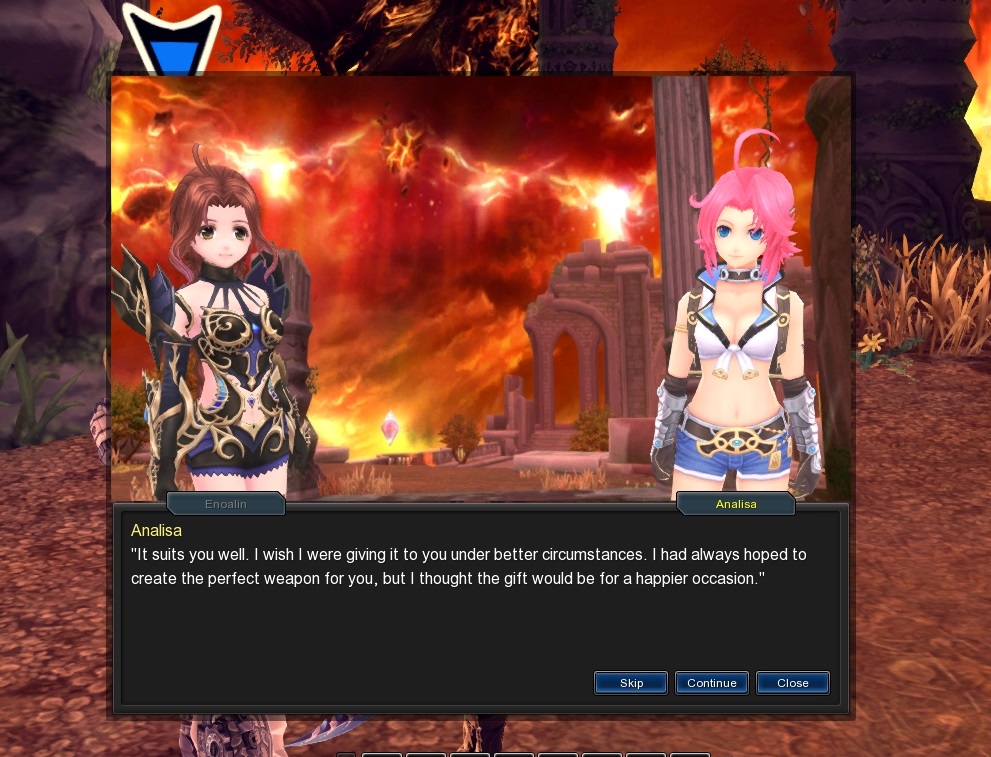 Once you’ve completed that, you wake up in Port Skandia without your fancy pants, ready to start your grind. There are a bunch of quests that send you to talk to some NPC, kill x-number of critters, or collect so many items, and then return to the NPC, who will give you the next task or send you on to the next NPC. There are also “hidden quests” out in the world, although if they are trying to hide, they don’t do a very good job of it: They have exclamation points and the words “hidden quest” floating above them.

When you first get sent out of town, you’ll be killing bunnyhops. They are round bunny creatures that are as just cute as their name suggests. There is also a big boss bunnyhop roaming around and a tiny bunnyhop that is the target of a hidden quest to tame that you get from a cabbage right outside the town gates. As you go, you fight other kinds of monsters, some of which are not supposed to be cute but are cartoony enough to avoid the dark grittiness that is so popular these days. I especially liked the sunbirds, which look like forest penguins. 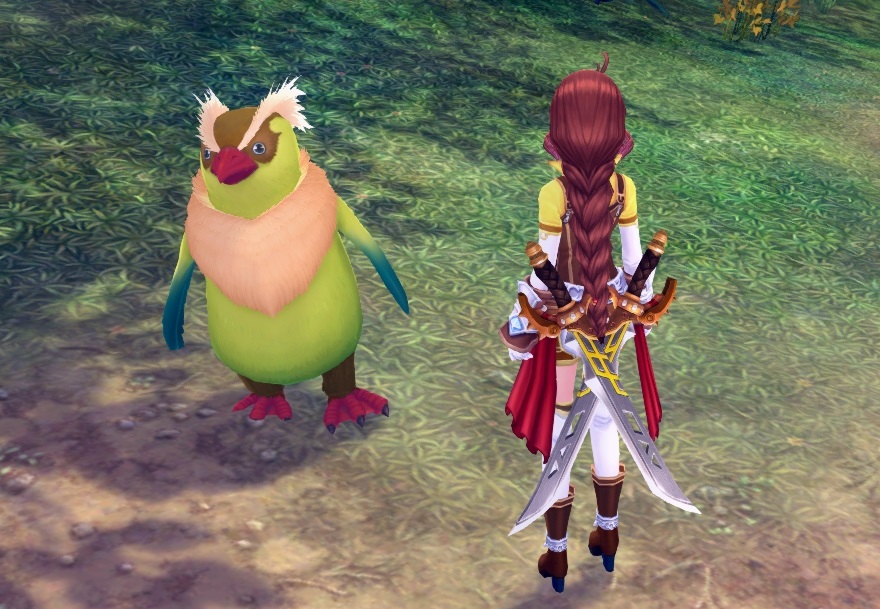 There are some small differences in the controls from similar MMOs, but you can reset them if you need to. They aren’t difficult to get used to. Right-click to attack; left-click to interact with objects in the world. Easy peasy. I used WASD and mouselook to navigate the world, but you can use click-to-move if that’s what you’re used to. The only thing that really got to me is that “I” opens the item mall, not your inventory. That’s “B” for “bag,” which you may already be used to from other games.

Another feature I want to mention briefly is that your stat gear and your appearance gear are separate. I took off my appearance gear to see what the stat gear looked like and found myself standing there in pink underwear.

Fighting animations are full of flashy effects and the combat feels smooth enough. All the characters I tried were relatively easy to get the hang of, and switching between them didn’t cause me a lot of confusion. As you’d expect in this setting, there aren’t any gore effects. It would be very strange if there were. 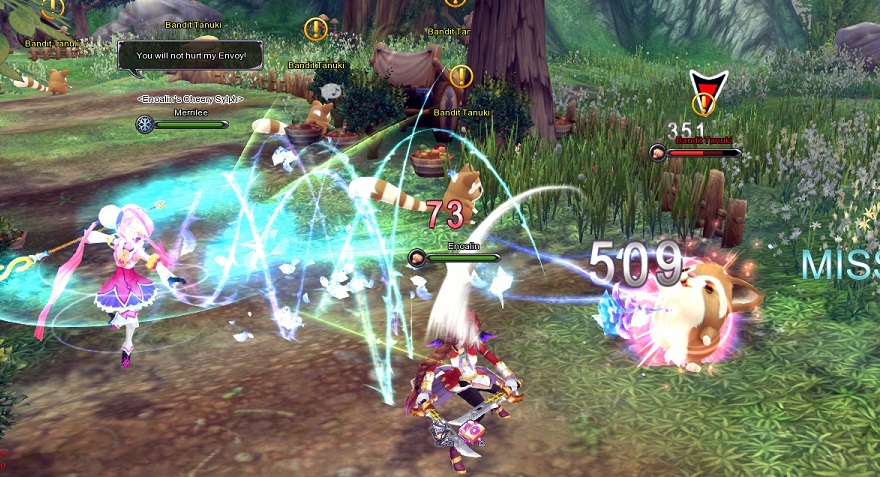 One of the first quest lines sends you out to find a bad guy who, like you, has an Eidolon. His name is Brian. In fact, many characters have ordinary names, which can be a little jarring. Brian just doesn’t sound like a villain you’d fight in an MMORPG. At least the names are easy to pronounce and don’t suffer from any of the awful fantasy name cliches, like meaningless apostrophes and overuse of rare letters. (Perhaps that’s just odd localization?)

I didn’t get into crafting or upgrading gear (or upgrading the stones that go into the gear) because the levels and the gear come pretty fast, at least in the beginning. And I am not much of a crafter. I am afraid I am a dyed-in-the-wool murder hobo.

As you level, you’ll get points to spend on attack and defense stats. There’s an auto button, but I like to spread out my points more than that does. You’ll also get to choose passive skills and abilities from the Envoy’s Path, which is set up in a grid pattern. You can choose skills next to ones you’ve already unlocked, so you might want to consider where you’re trying to get to when you select those. 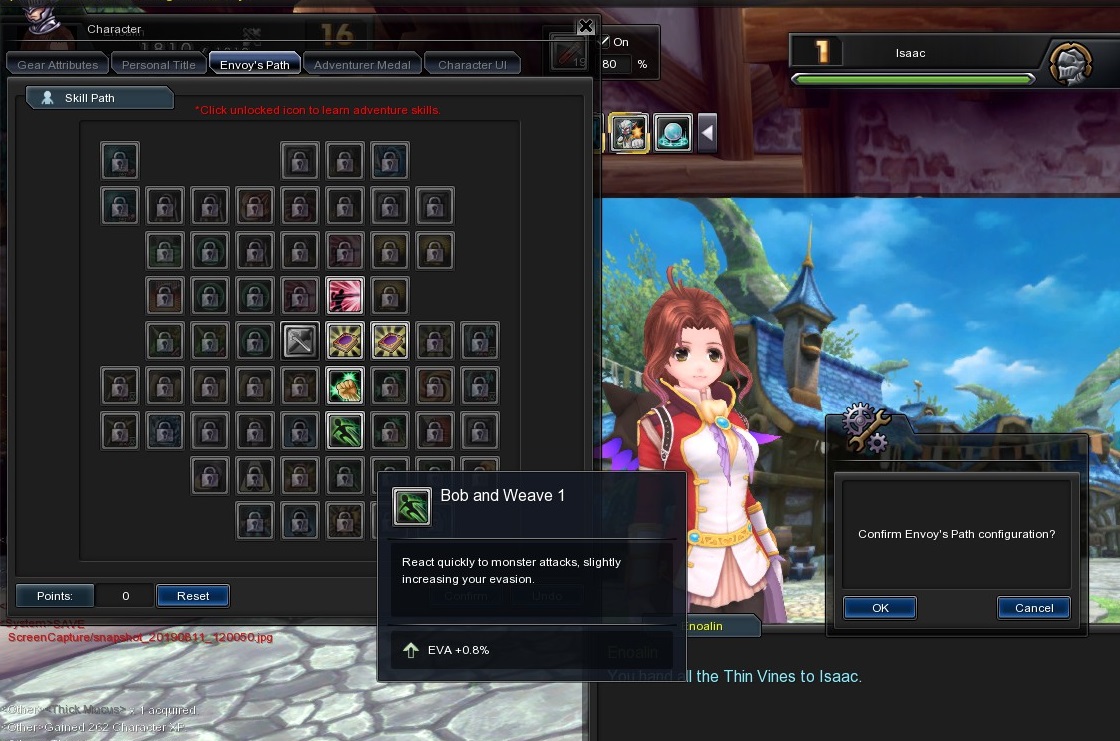 It would be fair to say that this game has training wheels. That’s not necessarily a bad thing, especially if you want to play it with kids or with someone who is new to gaming. It has auto-run to quest targets, it auto-loots items, and if you need to use an item for a quest, it appears in the quest tracking panel, so you can right-click it right from there. The main quest line chains together, but quests would be easy to find anyway, as they are marked with the conventional exclamation point and question mark. Even my 70-something-year-old mother, whose only video game experiences are solitaire and match-3 games, could get up to speed in this game without too much trouble.

The cute anime MMORPG subgenre seems to have fallen out of favor here in the west at least, with fewer titles still running or being released than there once were. It is a shame, at least for those of us who enjoyed them. The good news is that there are still older titles out there that have some population still playing them.