I’m delighted to resurrect the column that brought me to Massively-that-was, MMO Mechanics, for the ravenous readers of MOP. The column focused on the various mechanics that underlie the MMOs we spend so much time in, exploring the under-the-bonnet workings that keep players playing and tackling the issues some of these mechanics present. You might remember the original column from its brief tenure around a year ago, but if you don’t, you can still find it on the interwebs. To get the ball rolling again, I’m going to discuss the logic behind fast-travel, the merits and perils of its various mechanics, and their use in MMOs.

With such vast, interesting worlds lying tauntingly at our characters’ feet, navigating such an impressive amount of virtual space can be both a challenge and treat simultaneously. Just as in the real world, the secret of a true adventure is chasing the action wherever that may take you by whatever method you can, all to keep your quest alive. Depending on where we must go and the method by which we find ourselves there, however, what was once an exciting adventure can become mundane rather quickly. Say, for instance, you must travel to work each morning and travel home: This journey is repeated with enough regularity that you end up so familiar with the route that it becomes tedious, no matter how pretty and exciting it was the first time around. If you had a switch that could magically apparate you there and back again, effectively abstracting away that tedium, you might feel tempted to use it. 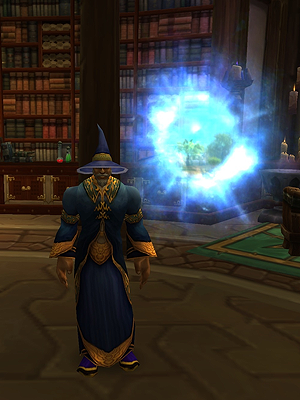 This feeling is intensified in-game because it is just that: a game. Players will inevitably want to log in and get to the heart of the action to maximise the impact of each play session, especially if their play time is limited, so developers have constructed many different mechanics to strip away potentially frustrating travelling time once an area has been initially explored. You need look no further than World of Warcraft to see how prevalent such mechanics are in the modern MMO; flight paths are dotted at regular intervals all around Azeroth, and longer journeys employ the use of zeppelins, portals, or boats. Dungeon and raid finder tools allow players to quickly connect with automatically assembled pickup groups without any effort, instantly transporting them to the instance when all members accept the grouping.

This rough-and-ready approach allows WoW players to dive right into the action if they choose to, saving them valuable time that would otherwise be used travelling to and from their chosen instance or grinding spot. Giving the player the option to circumvent slower forms of travel can thus be a good thing, eliminating any trips that feel more like a chore than a grand adventure. 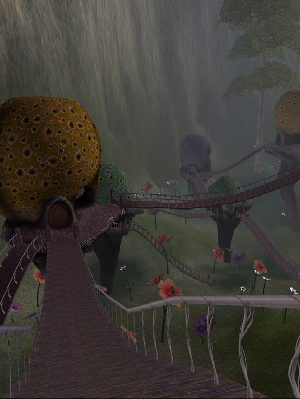 Gaming is a great form of escapism, and the last thing people want to do are monotonous chores as a part of that (OK, maybe barring the fishing and cooking enthusiasts among you!). Sure, the grind can be a functional and fun component of many MMOs, but must that extend to such things as getting around the map? While many players think not, some look back on the days before fast-travel mechanics with fondness. Justin recently polled readers for an article on circa 1999 EverQuest, and the responses recorded there sparked the idea for this edition of MMO Mechanics. One veteran player argued that the time taken to travel across each zone gave all-important context to just how vast the EQ world was, while another player said that Druids and Wizards were able to offset the cost of their spells by taxiing around other players before fast-travel.

When using fast-travel options, players can lose the sense of just how impressive the world in their chosen MMO really is. The logical geography employed in most MMOs is circumvented; locational variations and the lore attached to each zone can quickly lose meaning when everywhere is so well connected. We see this in real life too; look at globalisation and the melting pot that is planet Earth. History carries much less derisive weight when the very soil that was toiled on and fought over by our ancestors can be left thousands of miles behind you at the drop of some cash and a little time. This is exciting and largely positive in our world, giving us more opportunities and less reason for prejudice than ever before, but I argue that MMO developers thrive on division, variation, and lore to help enrich and enliven their virtual worlds. 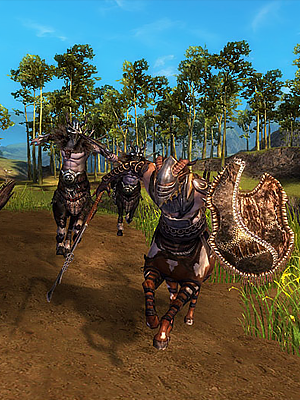 Another consideration for those who are tempted to rely on fast-travel methods to get around is what opportunities or experiences that might be missed by opting for quick or instant travel mechanics. On the surface, players will miss out on some beautiful vistas and great lesser-known finds if they always take the road most travelled, but there’s even more to miss than amusing extras in some MMOs. I mentioned earlier that rich and varied worlds are the MMO player’s virtual playground; some MMOs definitely make better use of this fact than others. In Guild Wars 2, for instance, the player is actively encouraged to explore each persistent area because dynamic events, often triggered by the presence of players in the immediate area, cascade into each other in an organic fashion with each potential outcome guiding the next event. These chaining events are cyclical without being formulaic, so players enjoy getting involved since their activity can temporarily affect the area they’re traveling through. The player feels the immediate impact from the session and so feels encouraged to keep travelling in search of more events.

Fast-travel mechanics are a welcome addition to most MMOs, lessening the amount of time it takes to get into the action and maximising the impact of each gaming session. However, if players rely too heavily on this method of getting from A to B, they can quickly become detached from the fabric of the very game they are rushing to enjoy. My advice is to skip the fast-travel when you have the time and see what wonders you can uncover.