Seasons in Destiny 2 have always been a thing, and that’s not changing once Shadowkeep makes its arrival to players of the shooter. What is changing, however, is how players can experience this upcoming Season, whether they buy in or not. All of this is elaborated on in the latest edition of Director’s Cut from director Luke Smith.

With the free-to-play Destiny 2: New Light, the devs have had to take a moment to consider what Season content will be open to everyone. Smith provided a full list of things free players will get access to, including the Moon sandbox location, the first mission of Shadowkeep, two new Strikes, access to the new Seasonal Artifact, and access to the free reward track of the Season Pass.

Wait, Seasonal Artifact? Season Pass? Yep, these are two new things coming with the Season of the Undying. 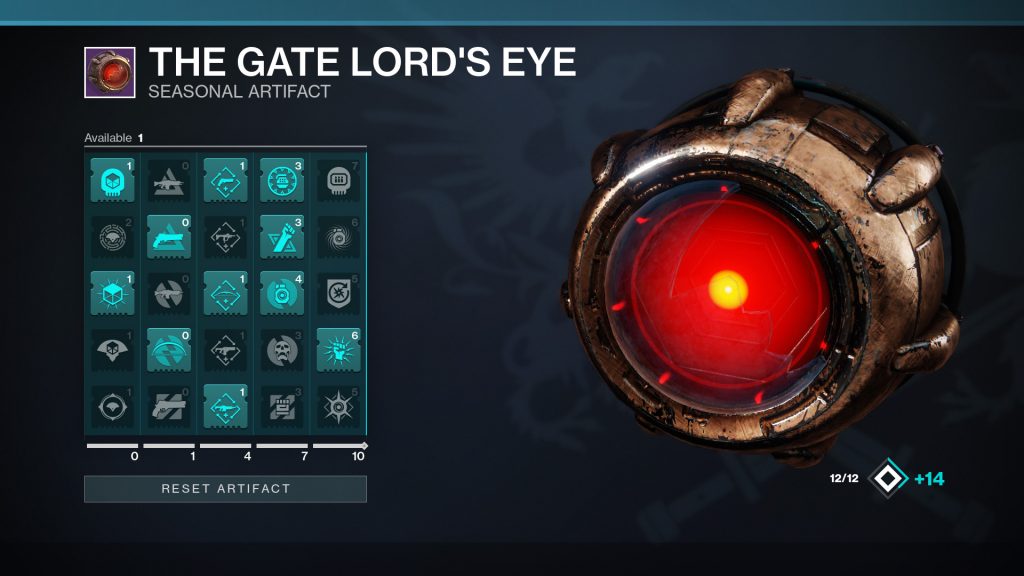 The Seasonal Artifact will let players unlock additional armor mods as they level up their Artifact by earning XP. What’s more, the Power of the Artifact applies to your character’s overall Power level, and that Power is account-wide. Artifacts will be changing each season, but the Power level this Artifact can reach is uncapped.

The Season Pass, meanwhile, is not unlike season passes seen in other games like Fortnite or Dauntless: Earning XP will level up your pass and get you rewards, and there are two reward tracks for free players or those who bought in to Shadowkeep. There will be 100 levels to this pass, all of which are unlocked by playing and not by buying advance levels. Purchasing levels will be available, but only in the latter half of a season.

This new approach to Seasons will persist through Year 3, which will feature four Seasons instead of the usual three. Mercifully, players won’t have to buy an Annual Pass to get to all this seasonal goodness: You can purchase individual seasons for $10. Furthermore, the Season of the Undying content will be included with purchase of Shadowkeep as well as available a la carte.

Was Fortnite the first game that had the season pass in the form we are getting it in these games? We’ve had a lot of things like them, but specifically in this new form we’re getting in all these games, I’m assuming Fortnite was first yes?

I hate being wrong about such things, I hadn’t heard about them until Fortnite started to use them but maybe they existed elsewhere.

There have been monthly packs, subscription services, sub services with extra quests, but the Season Pass is specifically different. It’s like achievements to earn prizes on an increasing level. Though I’m seeing two different kinds, the kinds that have both a free version and paid version upgrade, and the kind that only have the pass you buy with no free version.

The good thing is that they actually are usually well worth the money paid for what you can get in the games. Some of these mobile games that can take hundreds of dollars to get a single top tier character give you two in a season pass that can be $20-$30, along with many other prizes along the way.

The bad thing is that if you’re not a daily player of the game, it’s very easy to mess up and not be able to get the top tier prizes because you’re not there playing through the achievements to raise the pass levels up.

I think the first big game to get it was Dota2, but you’re not wrong in thinking about Fortnite, since it was the game that made this kind of monetization popular.
The reason almost every Game-as-a-Service is adopting it is the crescent hate toward lootboxes. So yeah, this move was unsurprising.

As a big fan of this game im not sure what this means or how I feel about it. Im getting whiffs of pay to win…

Well this article doesn’t say it, but nothing is limited to the bought version of the pass, atleast weapon wise. All players will be able to get the exotic weapons featured in the pass, it’s just the people who buy the premium version get it earlier. It’s really fair, imo and gives way more incentive to play.