END_OF_DOCUMENT_TOKEN_TO_BE_REPLACED
I had a feeling this whole month of write-ups would go weirdly, and sure enough, it did. It was only until after I got into Heroes Online, the chosen Roblox game, that I realized this was an MMO based around the anime My Hero Academia. So an online game made by an anime fan in Roblox is perhaps not one of the more sterling starts to this month, but I have to say I actually got some fun out of the whole deal. And the trick, of course, was to not take anything too seriously. 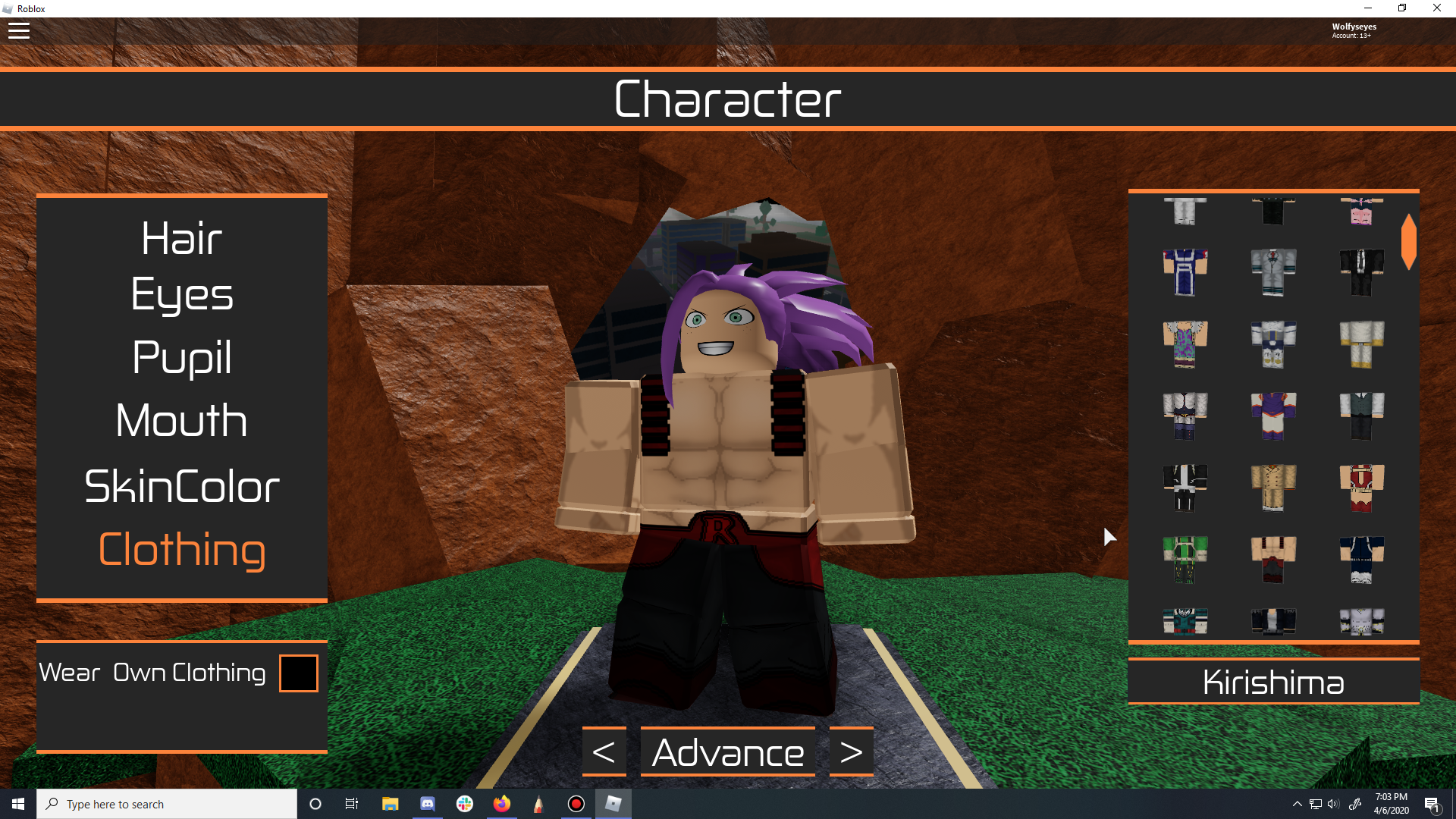 Doing that, of course, started with the creation of my character, which led me to the completely insane… thing I have presented to you in the image above. This dude has neon hair, an all too serious stare, and a smile that makes you think he eats squirrels for a hobby. Nothing about him makes sense, and he made me laugh. So that’s why I went with him.

Things were pretty standard in Heroes Online as themepark MMOs go, though there was decidedly less breadcrumb trailing and more repeatable quests until you got to a certain level. For the longest time, I was ambling around trying to figure out if I could do more than just punch at things. Combat in this game was purely action-based, with no tab-targeting to be had. Thing is, it was also built in Roblox, which means that aiming my punches didn’t exactly feel pinpoint. Still, these opening missions got me at least generally acclimated to things.

The confusion continued, however, as I was gaining levels but not making any sort of obvious character progression. An errant strike of the M key to see if there was a map instead brought up a screen where I could purchase and assign abilities, which was counter-intuitive in terms of my personal muscle memory, but at least got me some buttons to ability buttons to push.

…which weren’t keyboard strokes so much as letter keys instead. Again, personal muscle memory problems, but whatever. I’ll adapt. 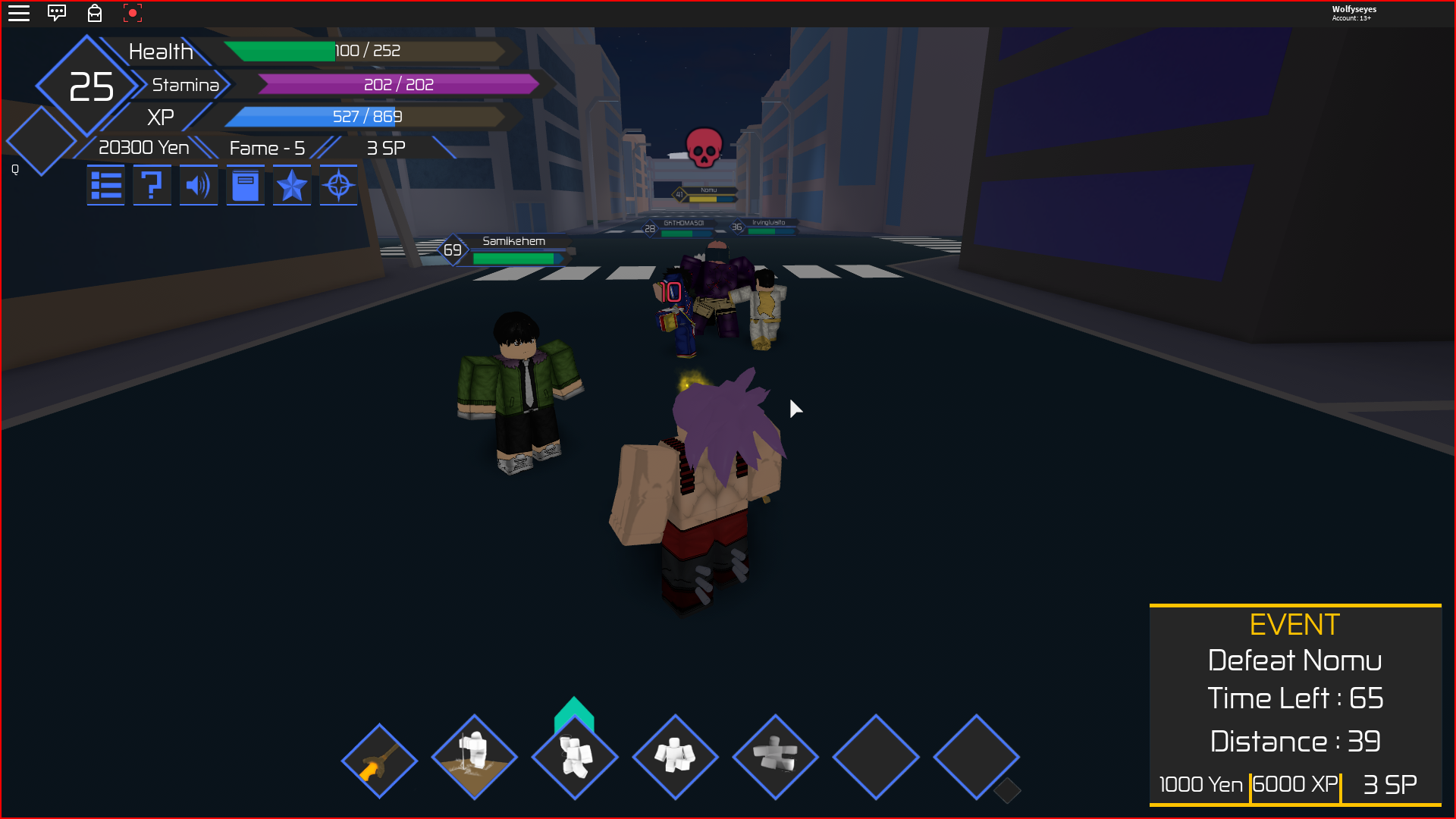 At a certain point, I was a bit too confused and began doing The Keyboard Walk. You know the one, where you strike every single letter key, number key, and function key on the keyboard in the hopes of finding options that you want. This bit of exploration didn’t yield too much except for a “cinematic mode” in the main options section that eliminated every UI element while playing, which would be nice if there wasn’t a huge deal of needed information. Besides, Roblox is a fine game-making platform, but not one that demands a photo mode.

Eventually, through some stroke of luck, I managed to bring up a window element that gave me all of the controls, which were mapped to controller buttons. Suddenly, Heroes Online made a lot more sense; movement was better, attacks actually came out how I wanted them to, and the whole thing just started to amalgamate into something resembling sense. It was still odd having to use the R1 and R2 buttons to highlight the skill I wanted to use with the press of the Y button, but whatever. Now I was able to focus on the fun.

And fun I was indeed beginning to have. Once I got a couple of items to drop and a better handle on what most of my skills do (save for this flying kick that just lets me scream ahead in the direction I’m facing until I hit someone), I started to get a sense of the kind of game Heroes Online was. Which was, basically, just a tiny, boxy open world vaguely referencing the anime it drew inspiration from with some very odd attacks and even more odd quests: At one point I was tasked with finding 10 baseballs, which is routine enough except there was another person doing the same quest and the baseballs aren’t instanced pick-ups, making an otherwise sub-standard kill 10 quest into a little mini-epic thanks to resource competition and some striking music. 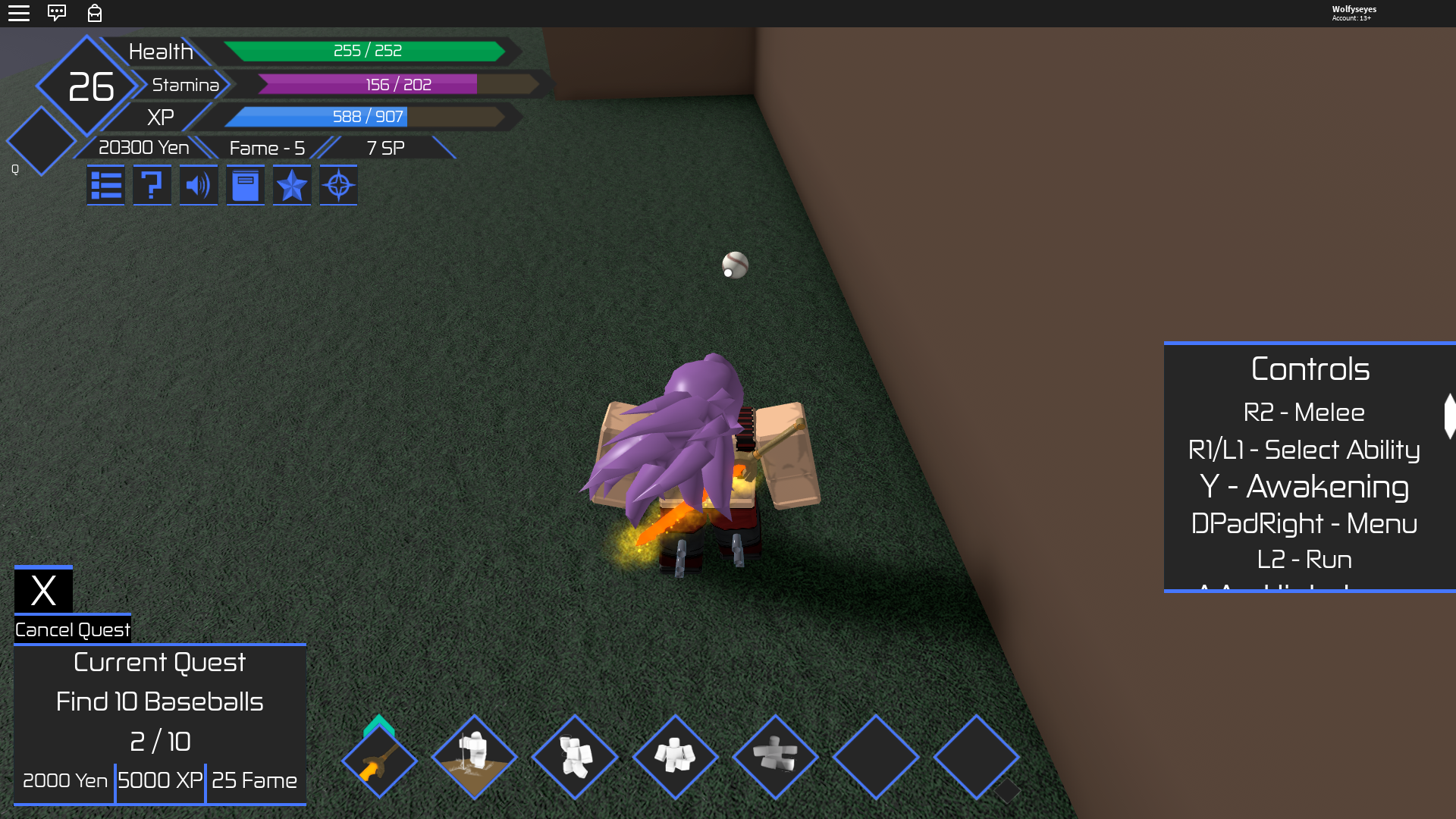 Once in a while, a random event would kick off that either had hero character facing off against a large boss together or pit hero players against villain players in objective-based mini missions like rescuing civilians or preventing prisoners from being taken out of a jail. While none of these were exactly groundbreaking pieces of gaming, they were fun distractions, especially the PvP-centered ones.

There was even open PvP in the game, which would otherwise be an aggravation for me except there were no stakes for the winner or the loser and the controls in this game are so janky and fun that it made the fights a sort of madcap and entertaining engagement. It’s the right level of cheese paired with the abject lack of fighting to ruin someone else’s day or step on the backs of the small. It’s just fighting for fighting fun’s sake. 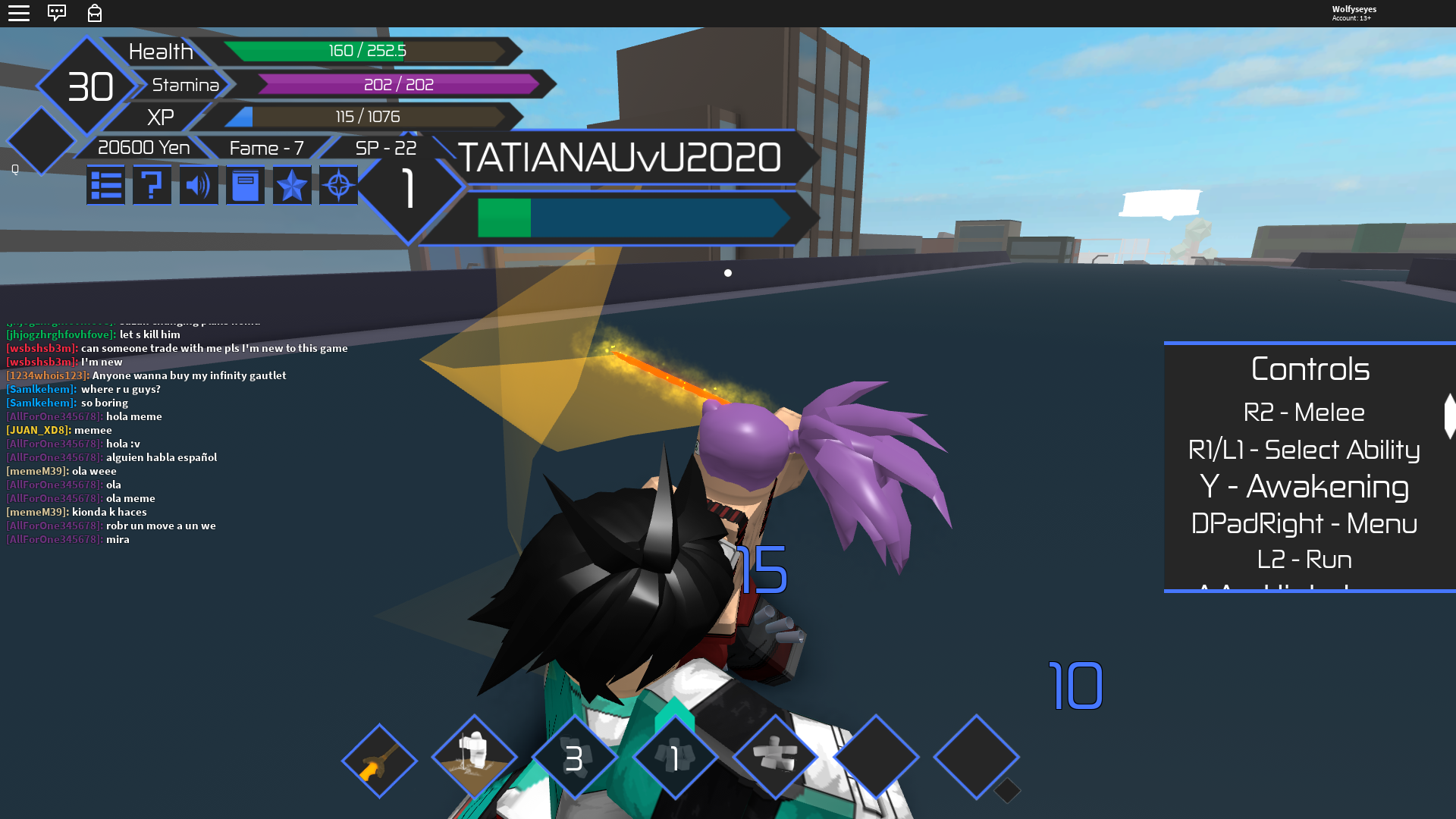 I’m not really ready to fling glowing praise at Heroes Online, but then I also kind of feel compelled to give it a bit of slack. This was a creation made of love for a series, and I can’t imagine just how hard it is to make a “proper” MMORPG in Roblox. That said, that’ll be my focus for this week’s poll!

A search of MMORPG in the Roblox games page certainly brought up a fair share of different titles, and while I’m hardly going into all of this expecting AAA levels of MMORPG gaming, I am eager to see what the creativity of the Roblox community is capable of (or not capable of) within the limits of the Roblox creation engine. Here are the choices I’ve plucked from that search:

Which Roblox MMORPG should I peek in to? 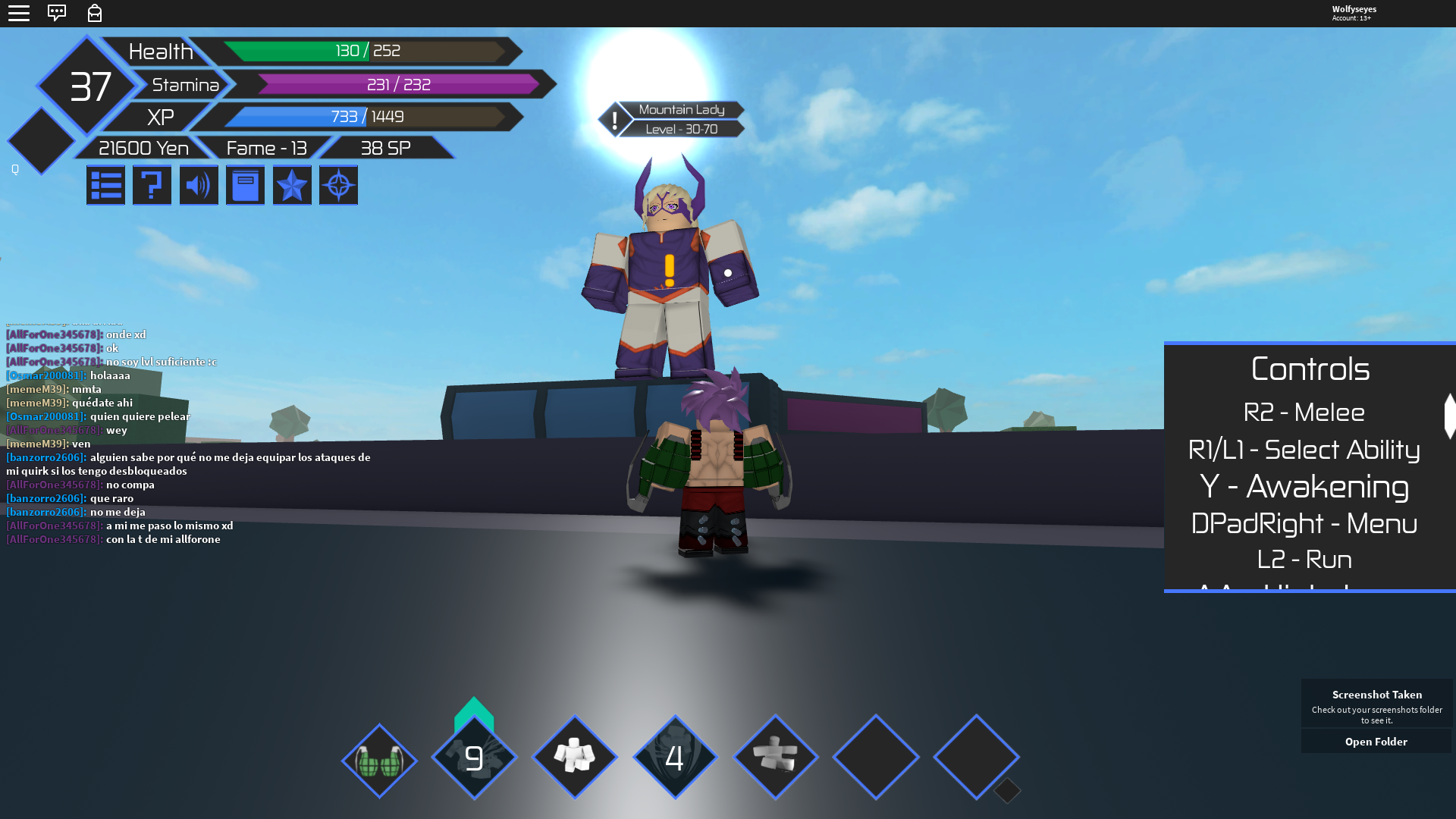 As usual, polling for this round will close up at 1:00 p.m. EDT on Friday, April 10th. I can appreciate that choices are a bit limited here, but I am extremely curious where this all leads to next. And after all, this column is about adventuring in to unknown and sometimes weird territory!