Last week, Gamigo announced a charity event to benefit Eden Reforestation Projects, selling packages that offer in-game items for MMOs like ArcheAge, RIFT, and Trove that would plant either two, 10, or 20 trees depending on the package bought. It would appear that players of these games have taken to the drive with gusto, planting a total of 42,608 trees at the time of this writing with 24 days left in the campaign.

Right now, hundreds of trees have been planted per game, with the top Trove player on the leaderboard planting 100 trees, ArcheAge’s top contributors helping to plant 110 trees and 124 trees, and RIFT’s highest contributor donating enough for 40 trees. On an individual level, a player named Satan has helped plant 1,004 trees, which is well beyond the second-best contributor’s total of 446.

If you missed out on this charity project, make sure to read our interview with Gamigo COO Jens Knauber for more details. And thank you, Satan! Who knew that would be something I’d type today? 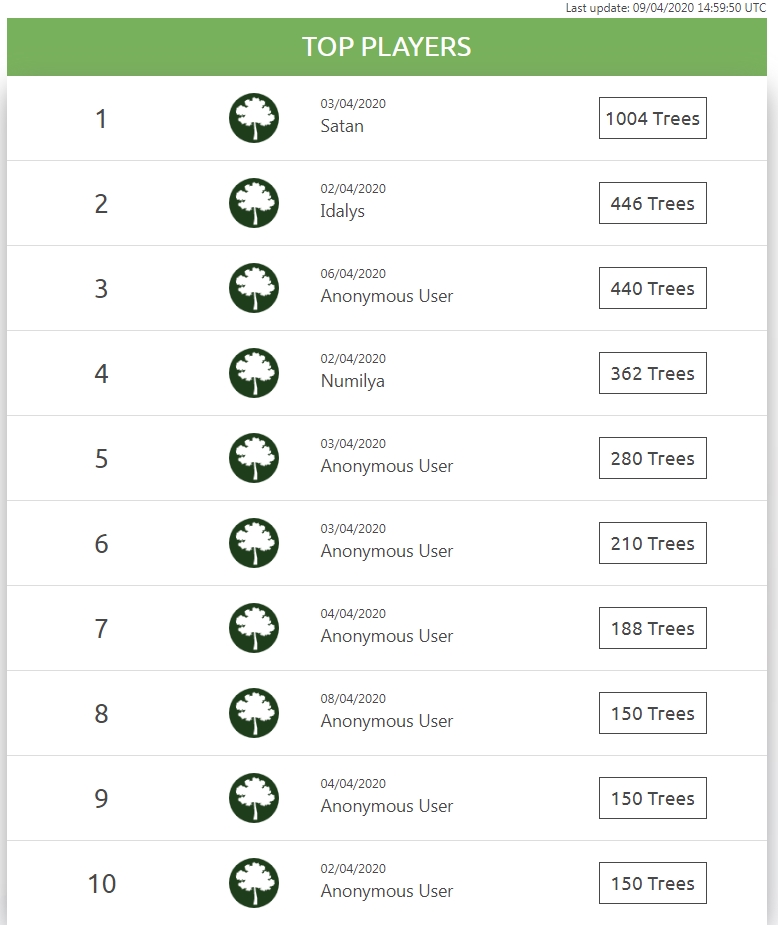