Guilds: one of the quintessential social features of an MMO. Along with grinding, crafting, and partying up, guilds are just one of those things that are permanent features in the bloodstream of the genre. And while many games give it other names, “a rose by any other name would smell as sweet” (or rancid, depending on the kind of guild you joined). And with players increasingly recognizing Black Desert as one of the big five, it’s only natural that the game should have such a system. For today’s Desert Oasis, we take a look at some of the basic functions of guilds in BDO.

END_OF_DOCUMENT_TOKEN_TO_BE_REPLACED
As much of a social butterfly as I am, I’ve never really interacted with guilds much in Black Desert. I was part of one a year ago, but we parted ways when its focus changed. I don’t have anything against the game’s guilds or anything; I just don’t hop guilds. I’m in it for the long haul when it comes to guilds. I go all in, I join the discords, I hang out with them on voice chat, and of course, I play the game with them. And if I leave a guild, it takes me a while before I join a new one.

Since I’ve been testing out a free account that I’m not spending any money on, and the San Francisco bay area’s shelter-in-place order is nearing its 60th day, I’m playing a lot of the game right now, and it’s become clear that I need a guild, if only for the social interaction. So I joined a newly formed guild: I was literally the third person to join. It’s a great opportunity to grow with the guild, so I dived right in. It’s been a while, but why the heck not? And with that, the guild leader sent a contract my way. 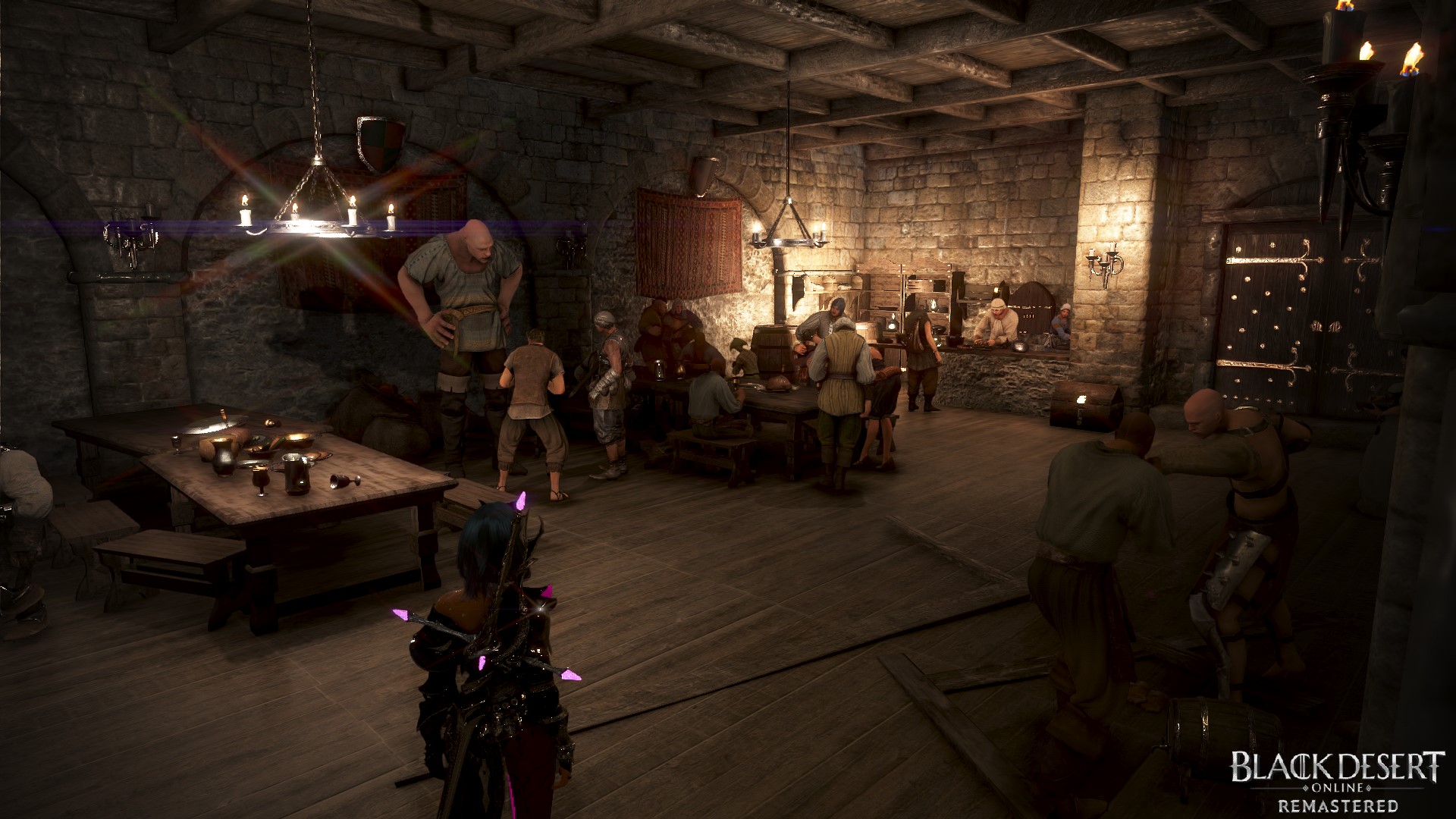 Black Desert handles guilds differently. Players are actually paid to be in the guild. Like a real contract, this one has terms, conditions, and penalties for early termination. These are usually set by the guild officers. It’s a pretty neat feature, and the regular pay is one of the main reasons to join the guild. The contract carves out the conditions of being a guild member, and when the contract expires, the guild can renew the contract or do nothing about it. Players can leave the guild with no penalty.

Guilds set up their own rules for contract renewal, so many guilds use the activity as a metric. Some guilds have short two-week contracts, and the expectation is to reach 10,000 activity points before the contract expires, which doesn’t take long. Other guilds expect your attendance during a node war before the end of your run. There’s a million and one ways for guild leaders to set their terms and conditions. The contract is why I took so long in finding a guild. When looking for a guild, I recommend that you find one that matches your playstyle and availability so you can meet the terms of the contract easily.

Naturally, every renewal is a chance to get a better contract with better pay. It’s been a while, but the last time I checked, maximum pay players can earn from their contract is 5 million silver per day. But to get to that point, players need to reach their 10,000 activity points on that contract, and get a renewal multiple times. It takes work and time. The extra money is always nice to pay for weekly buffs.

Of course, money is a finite resource. Guilds have their own coffers, and that’s the money used to pay for all those contracts. The game does give out free money to guilds, depending on their size, but if the guild is supporting a large core of players with 5 million silver contracts, that money won’t last long. That’s where things like sea monster hunting, guild missions, and conquests come to play.

In the short term, guild missions are a great start. They’re large scale quests that your guild can undertake. Members who participate get a cut of the silver award, but a majority of the money goes directly into the guild fund. The guilds can do a max of 10 of these per day. Some of the larger guilds require their members to do all of them daily to get the maximum silver from them. The missions get better the bigger the guilds become as well. There’s incentive to grow guilds, in many ways, the guilds in this game are treated more as a business than as just a social group.

Of course, the more powerful guilds can opt to do conquests, also known as sieges. The most powerful guilds can hold the major towns and cities, and with it collect the tax from the region. Because of the prestige and money of holding major cities like Calpheon, of course it’s hotbed for guild drama, and do I ever just love me some guild drama.

I am a huge gossip, and when I hear drama, I am there to watch the trainwreck. Because of the nature of contracts, guild pay, prestige, and the different opinions of players, of course unpopular decisions occasionally happen. Sometimes, it’s a blowup on the Discord. But other times, it can be one of those epic backstab moments that comes only in the world of MMO guilds.

One memorable moment was when I was part of another guild a few years back. It was a pretty powerful guild. Every time other guilds would declare war on us, we usually came out on top. One member wanted the guild to be more PvP-focused, but the leader refused because the guild’s vision supported new and casual players. Feeling slighted and not listened to, that member decided to message the leader of a rival guild and revealed our guild’s home server.

Now, guilds tend to live on one server; there’s no real game-related incentive, and it’s more of a practical thing. But when that rival guild found out where we lived, they came down on us hard – so hard, in fact, that we had to move to a different home server. The salt was pretty real, and the member ended up leaving and starting a PK guild. And that was just from one of many issues that happened in my old guild. I’ve heard some even more intense guild stories from this game, and it just adds so much fun for me.

I’ve only scratched the surface of guilds. It’s a very unique system that encourages members to play and work together. And despite what outsiders say about the BDO community, if you find the right guild, the game just gets so much better.

Lord of the Rings Online kicks off its second legendary item...