Eleven years ago this week, the New Game Enhancements patch descended on Star Wars Galaxies, forever changing the trajectory of the game, SOE, and maybe even sandbox MMORPGs in general by completely uprooting the character development process of the MMO and gutting beloved professions, not to mention breaking essential pieces of the game’s crafting economy. The ensuing fallout caused a mass-exodus from the game, tarnished gamer trust in SOE, and guaranteed that we’d still be talking about it more than a decade later. And though I’ve long argued that the game that sunsetted in 2011 was as far removed from the NGE as the NGE was from the game that launched in 2003, I’m first in line to declare that the NGE implemented in 2005 was an unmitigated disaster.

For this edition of Massively Overthinking, I don’t want to talk about Star Wars Galaxies’ NGE. I want to talk about all the other NGEs in MMORPG history — all those other massive patches and updates and expansions that shattered or altered an MMO so fundamentally that gamers never looked at it the same way again and indeed considered it irreparably ruined. What’s the most brutal NGE (that wasn’t that NGE) that you can think of? That’s the question I posed to our writers this week.

Andrew Ross (@dengarsw): This is tough because I feel like some NGEs do breathe new life into stale games, even if they cost us cool features.

Asheron’s Call 1’s magic system revamp was one. Instead of learning the game’s magic language, matching the components people uttered, and figuring out your character’s personally required additonal candles (or, eventually, using a third party tool to do most of the hard work for you), the game simply required mages to carry a special backpack, find or buy magic scrolls to learn the recipes, and oh, spells were always the same strength rather than being at the mercy of a “spell economy” where the more people used a spell across the server, the weaker it became. On the one hand, it made mages a dime a dozen when they were already pretty powerful. On the other, it made it so my forgetful mage friend didn’t have to go back to town quite so often because he once again “smoked” too much hyssop.

AC2’s “hero system” caused a bit of a ruckus for some people, as it increassed the level cap and added abilities that more strongly pigeon holed the rather fluid design (which was already more rigid than AC1, a move that had already cost the game a lot of players). However, I had been a hardcore player with several max level characters, so the system gave me some really cool toys to play with.

Maybe, perhaps, most people will remember the change to World of Warcraft’s talent system, questing, raid design emphasis, and other major changes in Cataclysm. Trees disappeared and were rolled into specs that made it harder for people to “mess up” their talents but stymied creativity. Phasing prevented you from even seeing friends at times, let alone questing with them. The cross-server worlds may have given dying servers more players, it also caused a huge disruption to communities. Oh, and looking for raids. Boy did that decimate some guilds.

The only other “NGE” that may have been more brutal was Darkfall’s change to Unholy Wars. The original game was shut down to “encourage” people to go to the new game, players were forced into more restricted combat trees, and wolf people became, um, like humans with cat noses? There were some new additions, but other features in Darkfall disappeared until months after the “new game” launched. I’ll let any PvP fans who experienced the change argue if it was an NGE experience or rocky sequel, but I feel it’s close enough to this topic to mention, what with the official game going dark and giving rise to two new versions of it.

Brianna Royce (@nbrianna, blog): Since I’m the one who puts Overthinking together, I already know everyone else’s answers before I write mine, and in this case, my gut reaction was also World of Warcraft: Cataclysm, which several other writers have already deftly explained. So instead, I’ll switch my answer to another one near and dear to my heart: Ultima Online’s 2003 Age of Shadows expansion. Yeah, ancient history — but there are lessons to learn then.

Age of Shadows was helmed by a young dev called Evocare by the players — you know him better as Blizzard’s Tom Chilton now. Chilton and the EA team back then were determined to make the isometric and aging sandbox MMO more like the still-popular OARPG Diablo II. See, UO was messy to folks who liked themeparks. It was player-dominated, it was crafter-centric, and people had lots to do that wasn’t just killing mobs — it was kind of the opposite of a hack-n-slasher roguelike, even though it superficially looked like one. In order to attract the roguelike audience in a genre becoming dominated by 3-D entries, however, the game need to change, and so it did. The simple gear stats were swept away and replaced with overly complicated Diablo-like stats that mattered way more than skills or player skill, gear crafters were invalidated overnight, the lore was smooshed to add Paladins and Necromancers, massive blank housing areas were implemented, and the game was taken over by garish-colored gear and dyes. If you lived through it, you remember what folks called it: Diabloification.

Following the launch of Age of Shadows, UO’s subscriptions began to decline. A lot of folks think Trammel in 2000 did that, but they’re wrong — subs went up and stayed up after that expansion. AoS was the peak and the start of the long death. The thing is, Age of Shadows also increased the subscription rate from $10 to $13 month-to-month, and there was definitely a player revolt over that. So it’s hard to tell whether Age of Shadows or the sub hike killed the game, especially when the game is still alive. But the fundamental change from a crafter-oriented economy to a drop-based economy took EA nearly a decade to recover from, and indeed, I’d say Broadsword still hasn’t fully fixed all the problems Chilton introduced. It’s the closest thing to an NGE the game has had in 19 years, and it’s a perfect mirror for SWG’s a few years later: a fundamental shift in the design of the game to match a popular Blizzard title as a blatant grab for a new player pool that didn’t even show up in the end. What a waste.

Eliot Lefebvre (@Eliot_Lefebvre, blog): It depends a lot on what you think of as a new start for the game, in part. In every way, Final Fantasy XIV’s relaunch was an enormous overhaul for the game that changed it on such a fundamental level that it would never be the same again. Sure, you can argue that what it did was take a broken mess of a game and make it better; heck, I would argue that. But at the same time, it rewrote the game in such a serious and wide-ranging fashion that the original game literally no longer exists. It is, for all intents and purposes, a totally different game, and it serves (perhaps too easily) as an example of the fact that you can massively rewrite a game and wind up with something better than what you had started with.

By contrast, Final Fantasy XI rewrote itself completely with the addition of levels beyond 75 midway through the Wings of the Goddess expansion. This was, in every way, an enormous change to the very framework of the game, demolishing the game’s long-standing and diverse endgame and upending a huge number of existing class mechanics. The changes wrought to the game made some jobs suddenly overwhelmingly strong (compare Blue Mage at 75 with Blue Mage at 99, for example) and completely rewrote the game’s entire set of endgame goals, replacing a good chunk of what the endgame had been with a much more narrow system. It certainly had positive aspects, but it meant that the game’s focus and design was dashed to pieces in an instant.

Last but not least, I’d argue that a good chunk of Heart of Thorns rather violently upended and smashed stuff that had previously been working in Guild Wars 2, combined with a whole lot of catering to the people who weren’t playing the game over the people who already were. Raiding in particular was courting a playerbase that had already left and din’t want to play the game while alienating some of the players who were there specifically because of the lack of raiding. It might not be an unmitigated disaster, but I see far more people wishing that we could go back to a pre-Heart of Thorns version of the game than I see players talking enthusiastically about how it expanded and fleshed out beloved systems. 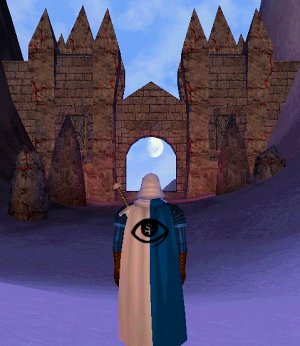 Justin Olivetti (@Sypster, blog): World of Warcraft: Cataclysm pops into mind right away as a well-intentioned example that overlooked a vital truth about change in MMOs. While players do expect some manner of growth and change in their games, do too much too fast — as was done here — and it can snap a player’s interest away from a game and actually turn them resentful against you for taking away part of the world they had grown to love.

Dark Age of Camelot: Trials of Atlantis was a massive misstep for the game, instituting a massive grind and forcing PvP players to play PvE hardcore just to remain competitive. People were pretty up in arms about City of Heroes’ enhancement diversification at the time, but here I was 100% with the developers on the need to do this. LOTRO really divided its community when it went free-to-play, and many still assert that it’s done far more harm than help (then again, the game’s still around and kicking, so there is that).