How are things going in the open sandbox alpha world of Mortal Online 2? It’s hard to really say, since we’re not entrenched in a combat alpha that asks you to shell out $149 for admittance. What we can tell you about, however, are the plans that developer Star Vault has for the game in the near and long-term.

The long-term vision can be sorted out in an FAQ that was written in the beginning of May, which offers some insight into the kind of game that Mortal Online 2 wants to be.

“Mortal Online 2 is a believable open world, full pvp, full loot first person sandbox MMORPG in a fantasy setting. You are one of the players that create most of the ingame content with deep crafting systems. Everything you see on a npc or other player you can craft or discover in the game world. We supply the tools and the sand for the players to be creative and explore the game world.”

The FAQ also has a section for players of the first Mortal Online, confirming that the original game will be shut down once MO2 is fully released. It also goes over several system changes that differentiate the first game from the second, such as territory control, flagging, death and resurrection, and more.

As for the near-term vision, the devs have tweeted out the first roadmap, which promises things like new combat input, a new hammer weapon, and new armor for May, a skill window, expanded world, and female avatars in June, and work on other things like shields, spears, dungeons, and enemy AI. The most recent roadmap is below; click on it to expand it to full size. 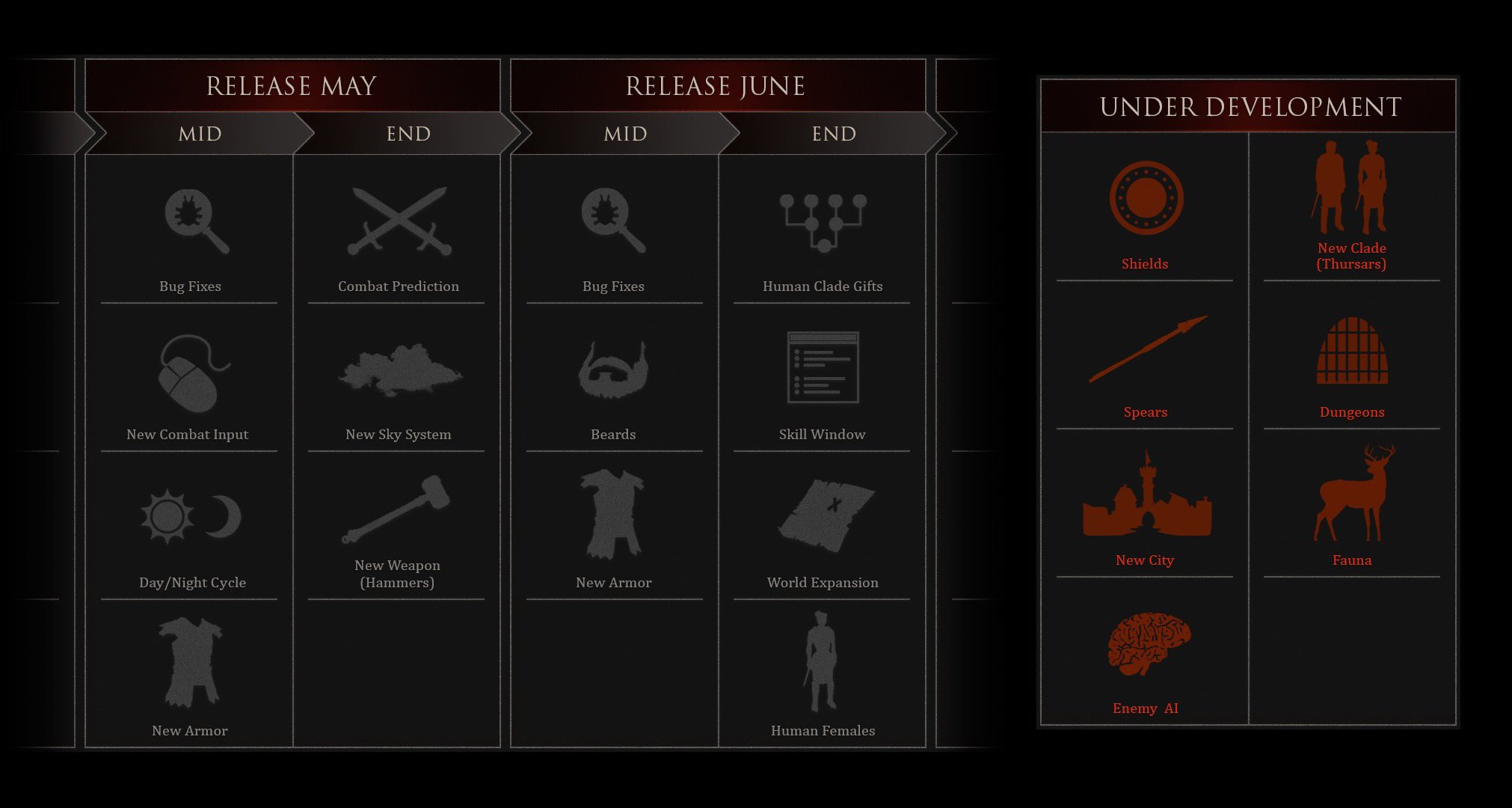