I have a feeling this is going to be a short article and a probably completely inept series. Wurm Online is definitely not the kind of game one gets deep in to in a month’s time, I think. That’s not to suggest that it seems deep right now so much as the surface scratching is less like an epidermis and more like shale.

It’s been a long, long while since I’ve been in an MMORPG where the most basic of functions weren’t immediately clear, but back then that was because people didn’t really have a handle on things like refinement or even what systems were best. It’s why we had games where you had to /hail NPCs and why combat was mostly driven through a series of menu selections. I’m not sure what Wurm’s excuse is, then, in making things feel purposefully obtuse in terms of doing the most simple of tasks, but here we are. 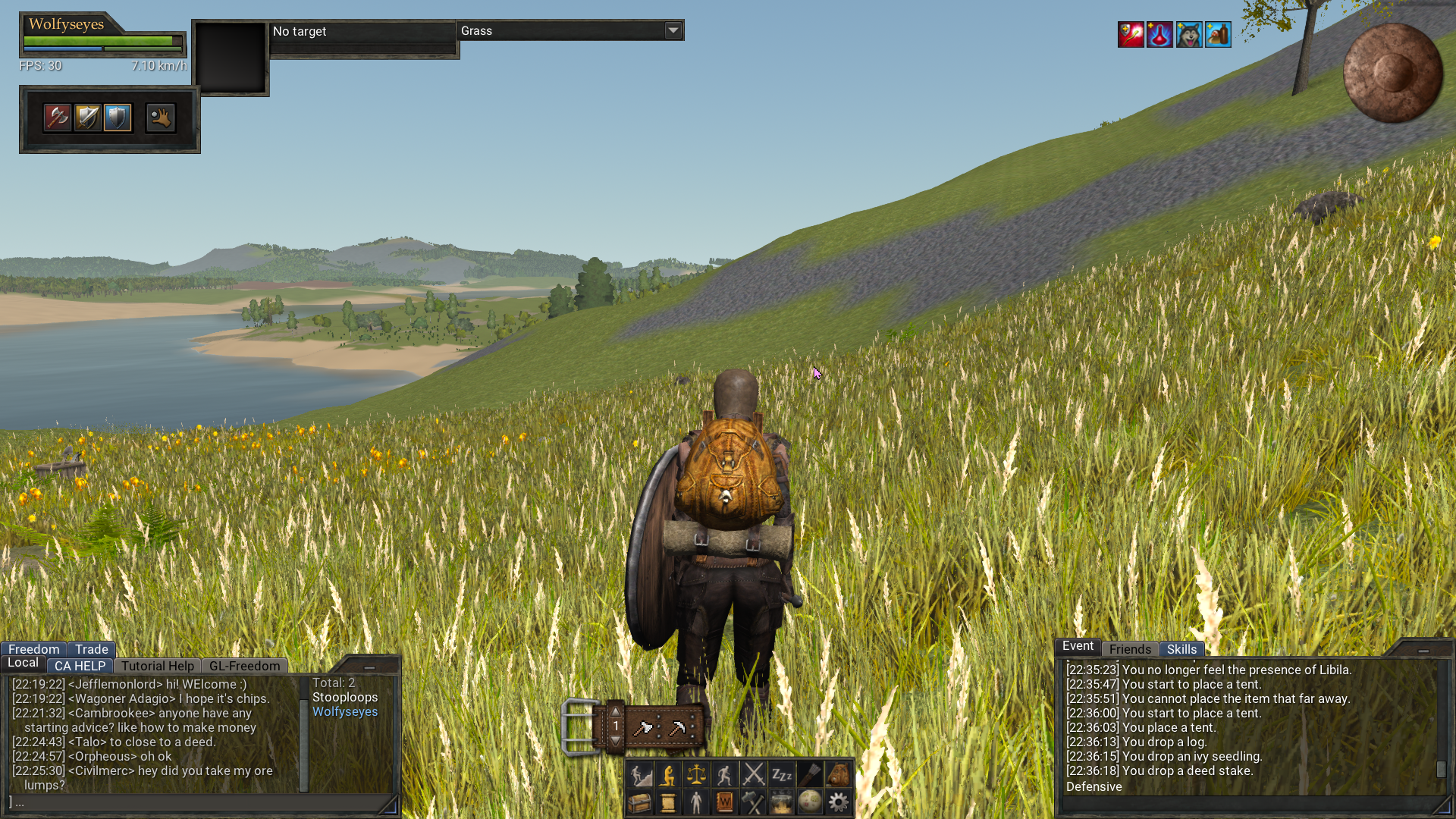 To the game’s credit, the tutorial does get one’s feet wet well enough. You’re handed the wide swath of basic tools you’ll need, given a whole bunch of equipment, and provided some basic instructions on how to use said tools. After that, it was basically off to the new PvE server to just… wander. Wander, wonder, and try to get my head around things.

Most of the primary complaints here stem from the use of equipment. Not only do you have to actually equip a tool, but you also have to activate it by double-clicking on the tool in your inventory in what I can only assume is a throwback to ye olden dayes of when MMORPG developers weren’t really sure how to refine this sort of thing. It admittedly took me a while to recall that, and it was only recalled because I went to the Wurmpedia, which by the way has links to pretty much every single thing that is laid out in the game’s world. I’m pretty sure there’s Wurmpedia entries for empty wagons that just sit around town. 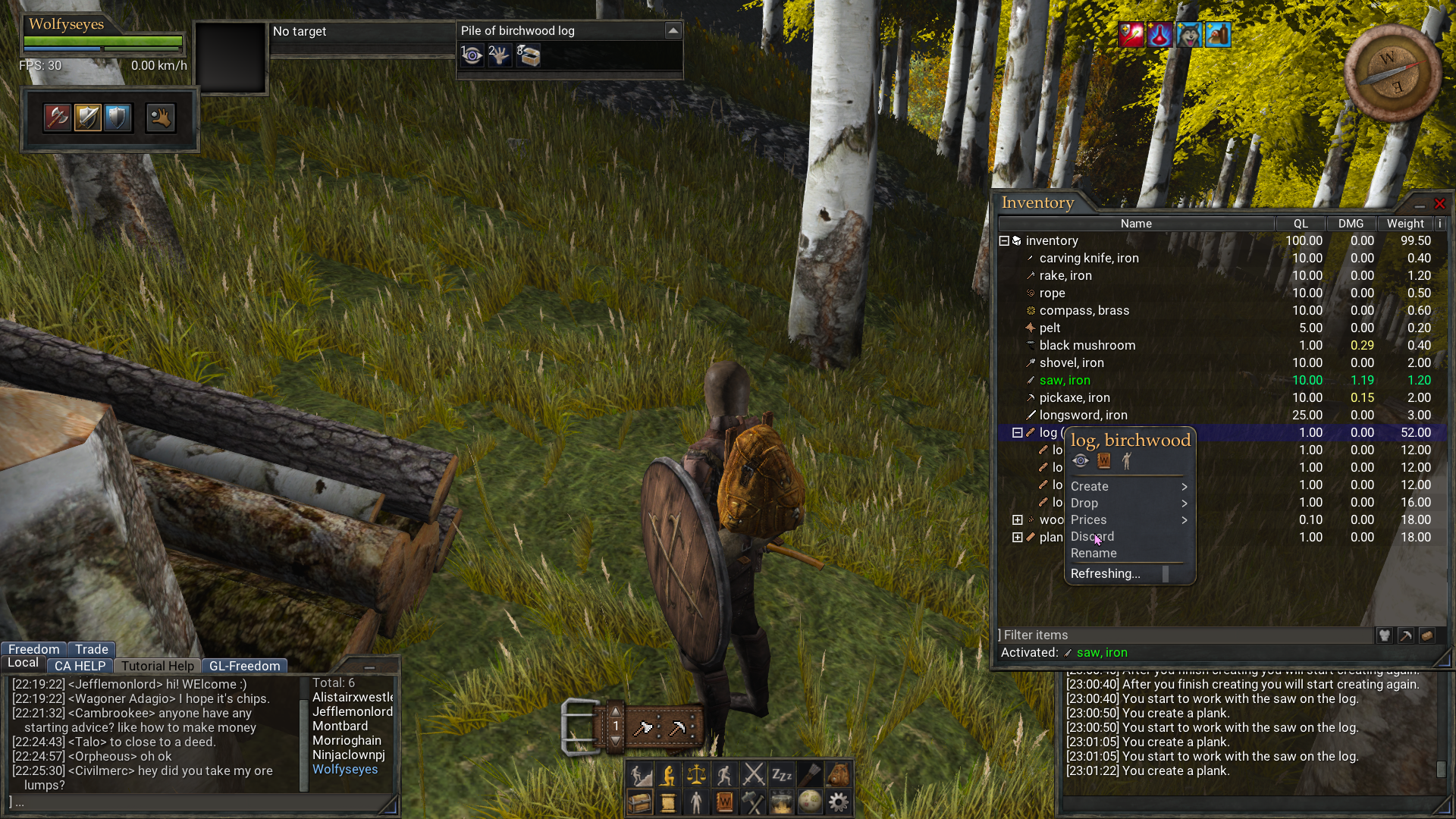 Once I found out through the instructions that weren’t immediately in the game, I started to work out how to chop down a tree, break it down into further logs, and then refine those logs in to a bunch of materials. Which only ultimately saw my character get encumbered more than she already was, actually. Yes, from the very off, my starting character is already bearing a load that’s too much for her to bear by mere dint of wearing armor — another possible throwback that makes about as much logical sense as coin weight does.

Then, of course, there’s the fact that the Wurmpedia seems to be the primary guiding hand for the game. Stubbornly, I’ve been ignoring it to this point, but I get the feeling I’m only hamstringing myself by doing so. The thing is, though, that if you need to have an immense wiki in order for people to figure out how to do things like swing an axe and craft basic materials, you might want to consider going back to the drawing board.

These complaints are on top of a number of small and just generally weird design decisions that only serve to exacerbate an already overall strange experience for me. You can’t jump (and apparently don’t need to). If you want your compass to work, you have to stand still for 15 seconds before it orients itself (which, by the way, isn’t really how compasses work). You don’t click on trees to harvest them so much as click on the tile of ground a tree is sitting on in order to interact with it. 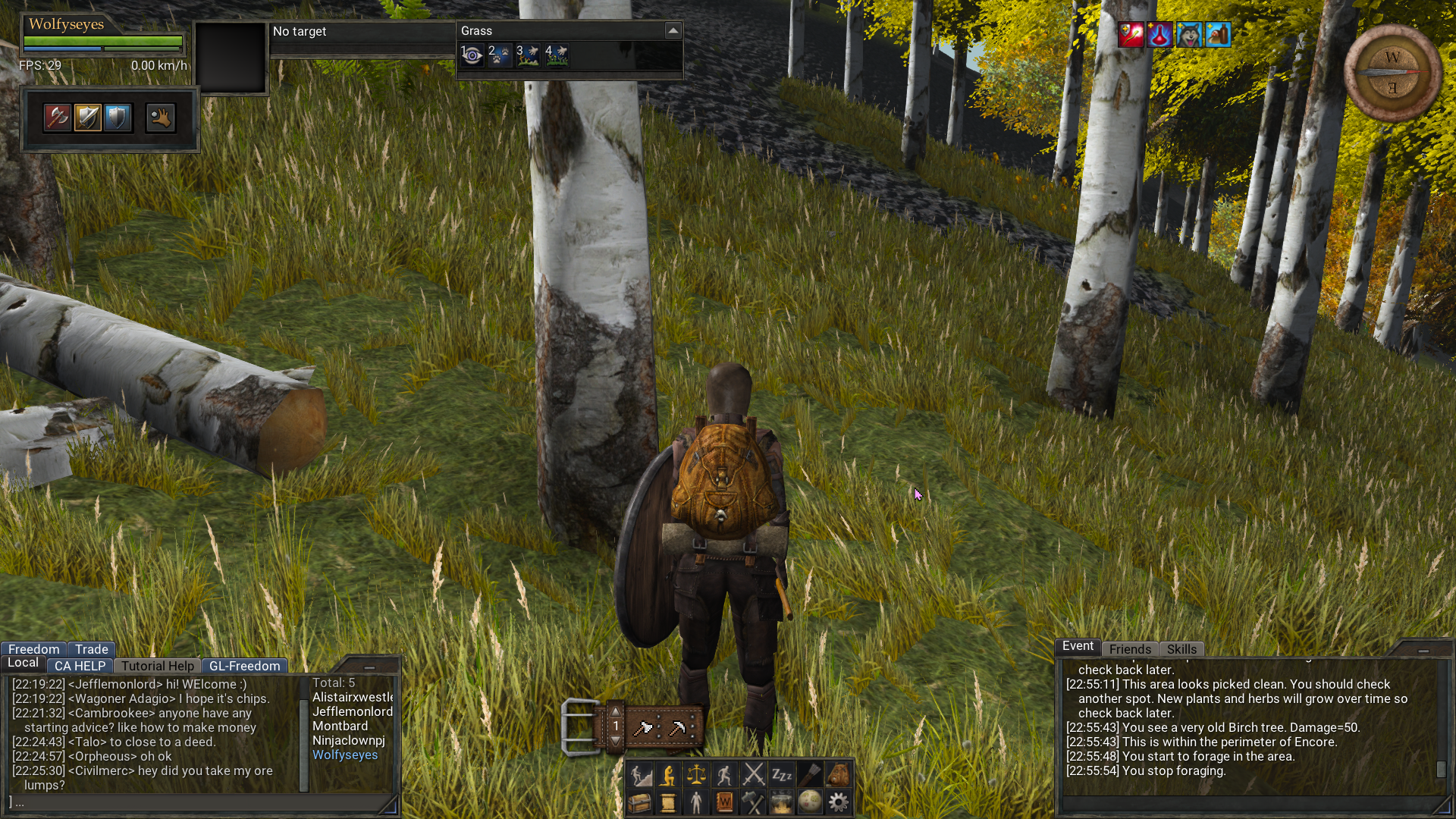 But then, I might not be Wurm Online’s target audience. It’s obviously doing something right enough that a bunch of people have been flocking to the game since its Steam launch. And perhaps I need to just slow down, take things piece by piece, and RTFM. Which is frustrating, but if that’s the game that’s meant to be played, then I suppose so be it.

I’m going to stubbornly stick it out in this PvE world I’ve stumbled in to, but I guess the only poll option I can come up with is whether to blatantly disregard the Wurmpedia and figure things out on my own or to sit put and read up first. On the one hand, reading up would certainly be the smart thing to do, but on the other hand I did feel like sorting things out like how to break down wood in to construction materials by myself is part of the discovery… so long as I can just slow down and take this game at its own pace. So I turn to you all for advice.

Should I discover how things work on my own or do research? 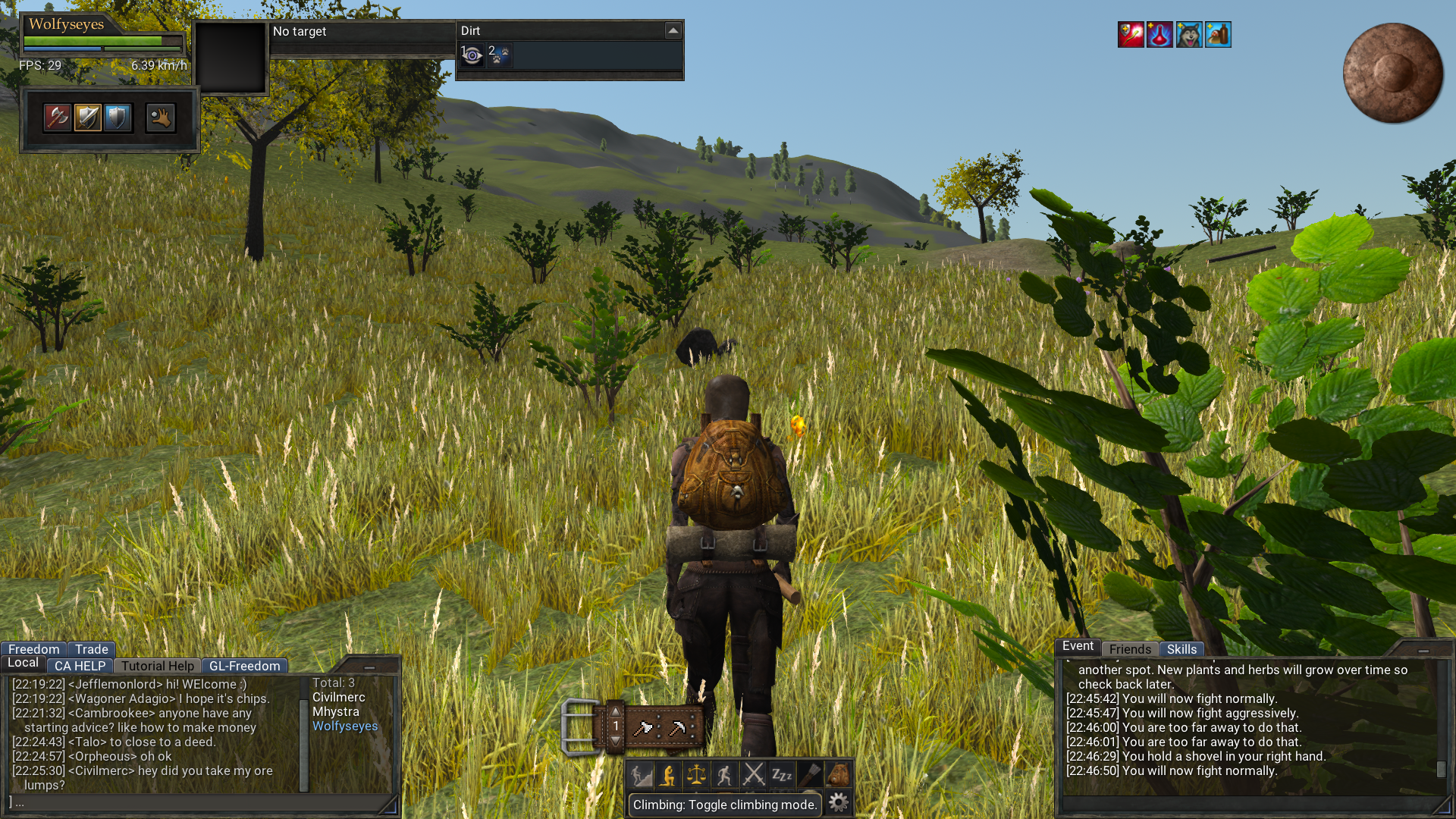 Polling will once again wrap up at 1:00 p.m. EDT this coming Friday, September 4th, at which point I will ideally be in a better place mentally to tackle the kind of thing that Wurm Online is trying to be. Whatever the hell that is.