It’s a strange and uncertain new era in Lord of the Rings Online, as Standing Stone Games has moved to start selling quest packs to everyone — including its subscribers. Update 28: War of Three Peaks arrives today in the game, but you won’t be experiencing it unless you shell out some cash — not LOTRO Points — to pay at least $20 for it.

END_OF_DOCUMENT_TOKEN_TO_BE_REPLACED
The update adds the new level-flexible mission system, a new zone that leads up to the Gates of Gundabad, two raids to be unlocked in the future, an increase to the virtue cap, and a nerf to Embers of Enchantment acquisition in dungeons.

“Missions are a new way for one or two people to play together between levels 20 and 130,” the studio explained. “Players can access the Missions hub by visiting a Gabil’akkâ Stable-master, located near other stable masters.”

Update 28 arrives at about the same time as the studio is making some adjustments to the LOTRO Market. These changes don’t look that significant right now, but the studio’s developers say that they “are looking forward to bringing more features to the updated LOTRO Market in the future after this initial release during War of Three Peaks.” 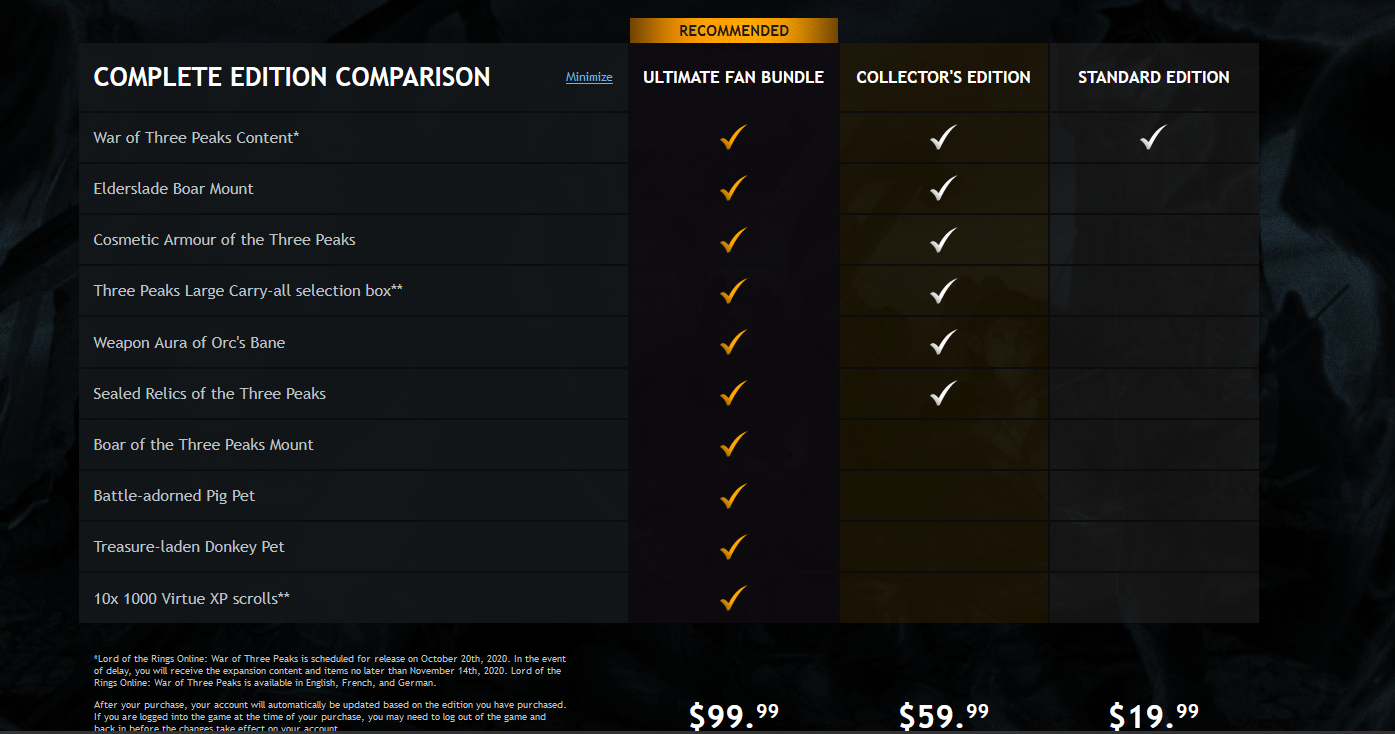