Look, I appreciate how a sandbox game should start people off by guiding them in to what’s possible, but much like Black Desert, ArcheAge so far has been an extremely on-the-rails kind of experience as well as an over-long tutorial thus far. That said — and once again much like Black Desert — it’s been an entertaining enough introduction at least. Unremarkable, but entertaining.

END_OF_DOCUMENT_TOKEN_TO_BE_REPLACED
I’m getting ahead of myself here. Right from the off, I was surprised to learn that, apparently, I’ve played this game before; I have a level 14 character already and she was just sort of staring at me, raring to go. I genuinely don’t remember ever playing this game, which certainly doesn’t bode well for the rest of this adventure, but it was a pleasant enough surprise. Perhaps she’ll be an option in a poll moving forward. 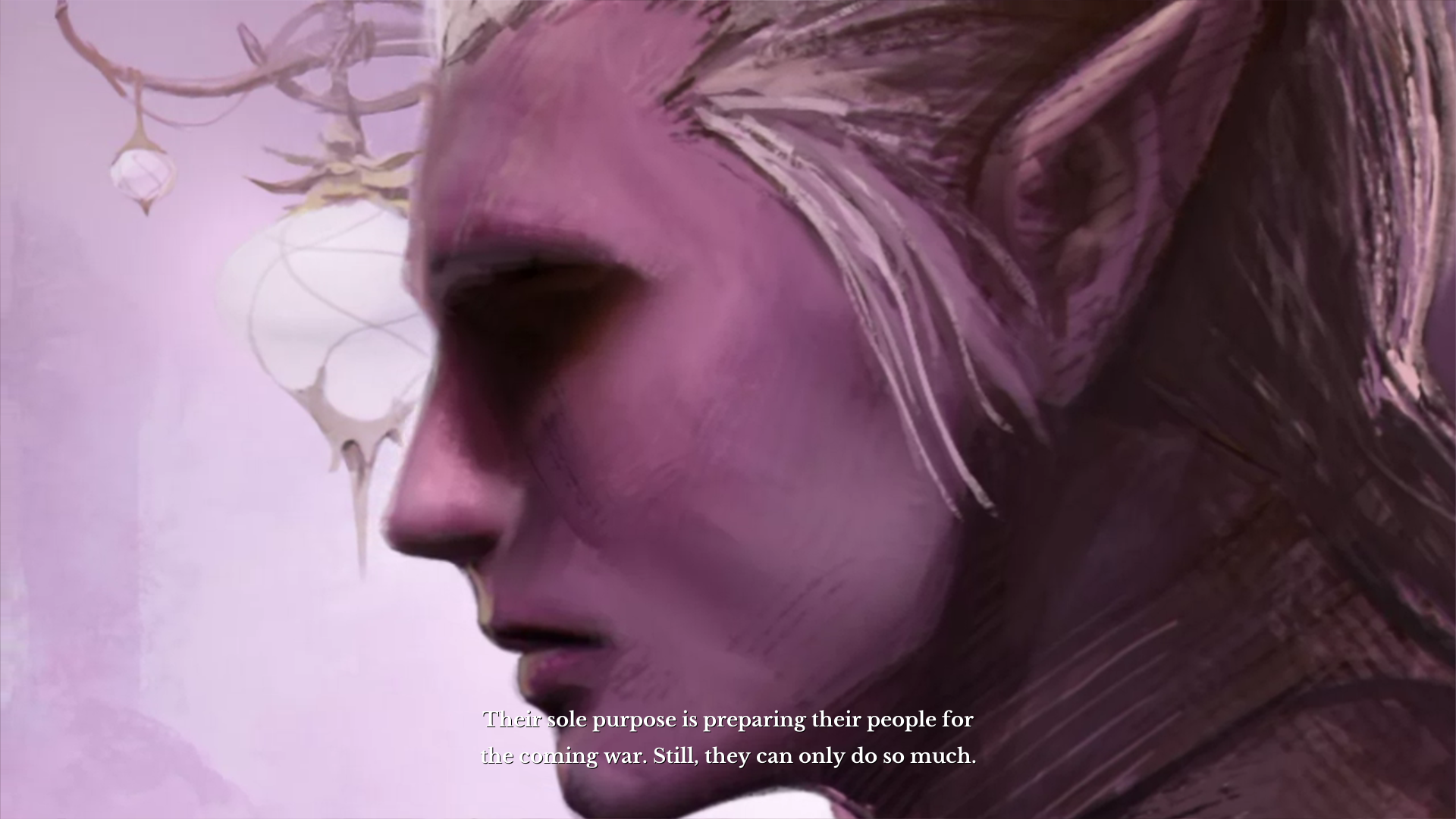 Once I got over that initial surprise, it was on to the task of making a new character as I was originally prepared to do. Much like other Korean MMOs that I’ve played, the process of making a new character in ArcheAge is done with a strong sense of style, with each chosen race from the three factions landing before me in a very performative way. There were even some races that had little vignettes that provided a bit of backstory. Class choice was also done up in similarly stylish fashion, with each of the six options showing off some skills in a bombastic way. Though I suspect those presentations were just for show and not indicative of their actual playstyle.

In the end, I decided to go with a Malediction Elf. Because I like the idea of doing withering, debuffing damage and it seemed like a suitably angry choice for an apparently extremely angry race of people according to the game’s lore. 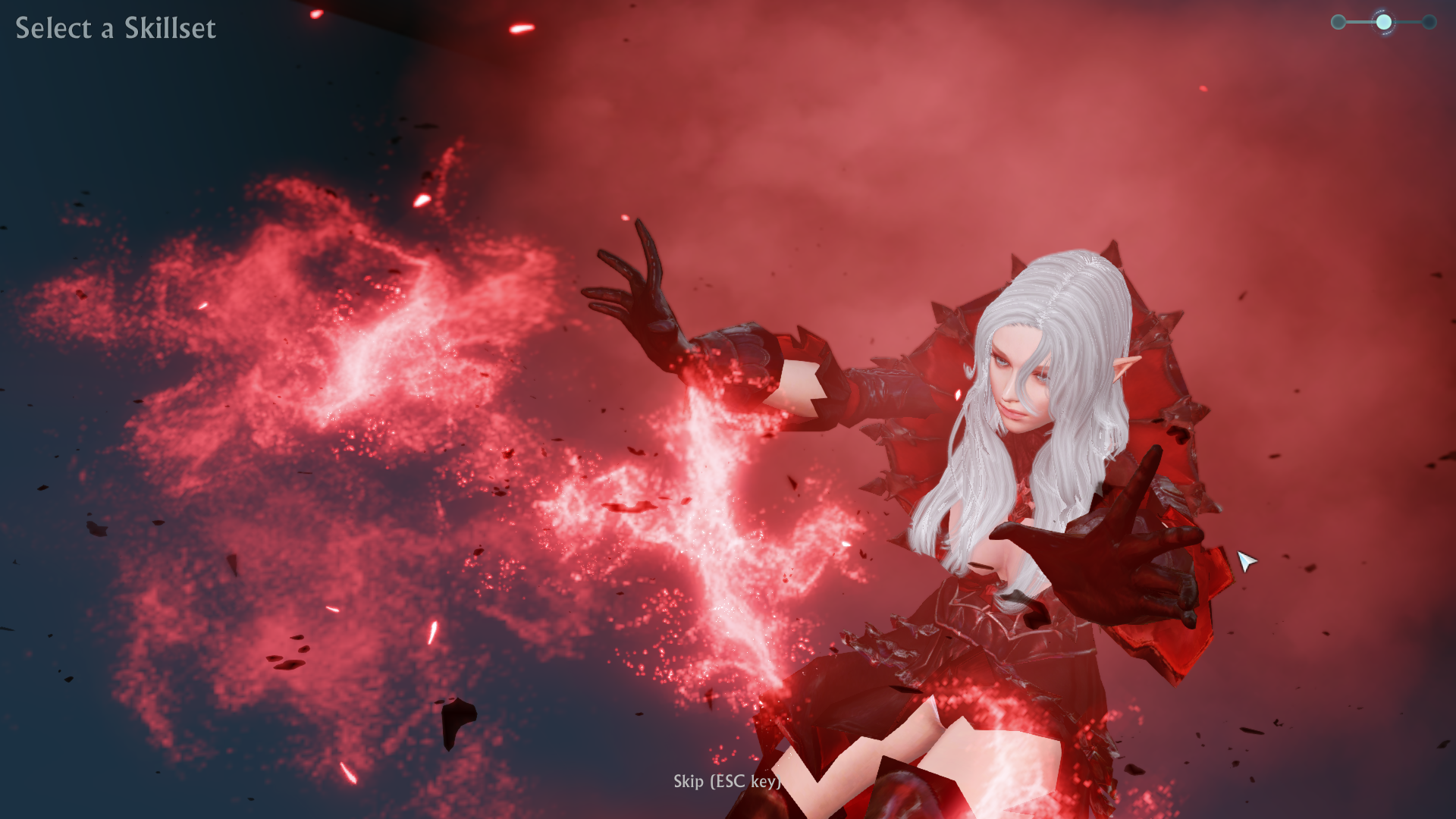 After that, the opening beats of ArcheAge have been pretty routine and themepark-ish. It starts with some person who calls himself a bard but acts more like an erratic wizard appearing in my character’s bedroom and drawing me in to a sort of living vivid vision where I meet up with a captain, travel to a place called Auroria, and handily get beaten up by foes guarding a keep and a lodestone. The motivations weren’t terribly clear, but it was certainly well-animated and presented interestingly enough even if my interest started to wane. Naturally, it also provided the basics of playing the game with the usual WASD to move and pressing of number keys to attack. Bog standard stuff.

Things hadn’t really gotten too unique after that, with breadcrumb trails from one quest NPC to the next guiding me along to objectives and showcasing some more basic gameplay elements. Again, unremarkable, but enjoyable enough. There were a couple of genuinely adorable quests where I had to read a story to a kitty and raise a mount from cute little baby to full-grown rideable elk by feeding it, giving it a bath, and dancing with it. Which reminds me, can we have more cute quest steps please? These were nice. 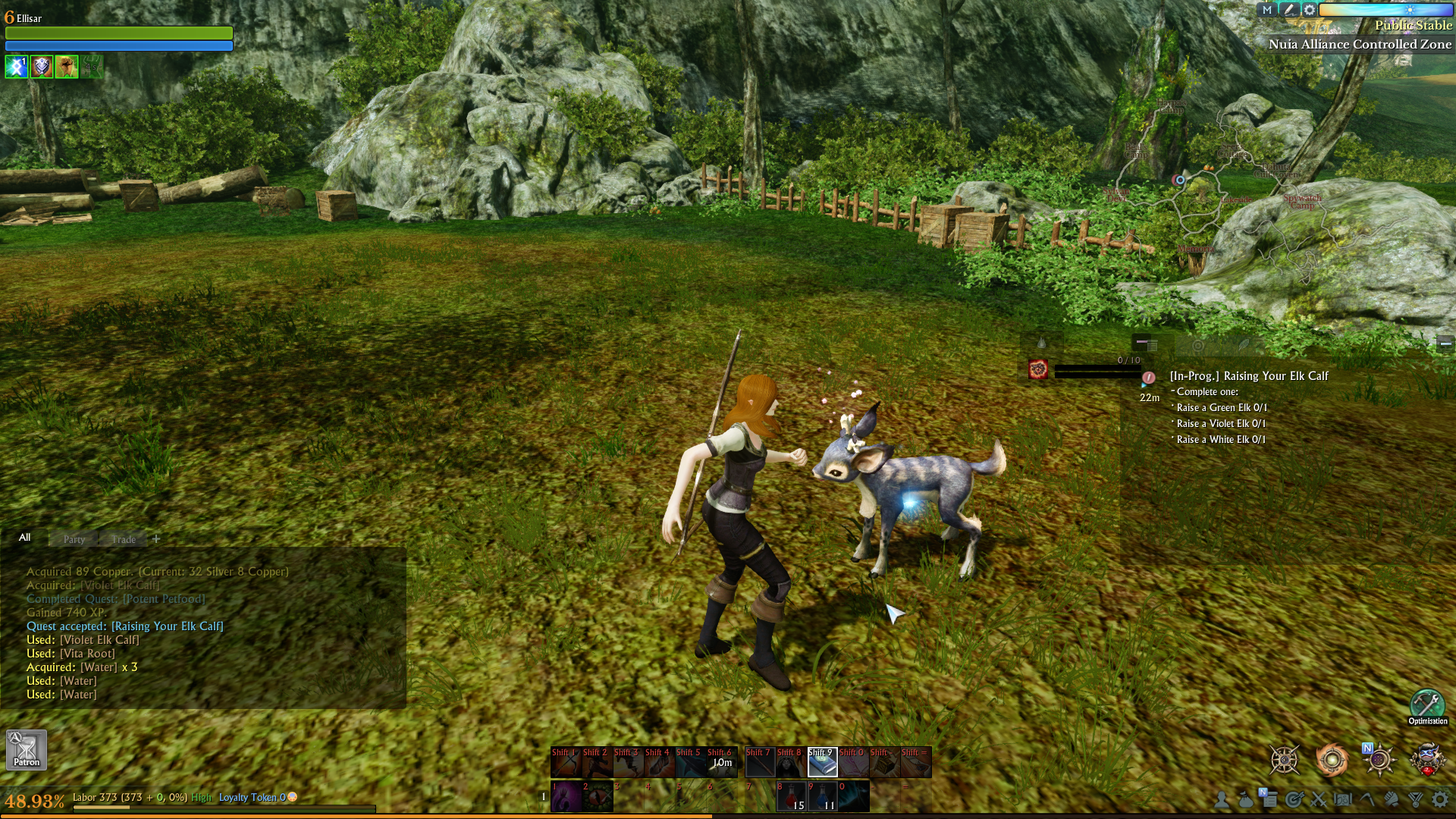 So the story isn’t hooking in right now, the gameplay isn’t hooking in right now… what about combat? Surely that’s some teeth there that will sink in, right? Well, not really, no. It’s typical tab-target stuff, which I don’t mind, and there are some combo mechanics where hitting the same key in succession (or holding it down, apparently) made basic attacks a little different. My character threw little bolts of pain at enemies and, when another skill was engaged, did these flashy dancer-like leaps as the basic spells changed into stronger attacks for a short period of time. It wasn’t particularly meaty, but it presented well and never felt too taxing. It also didn’t feel too active, either; as showboating as these spells seemed to be, I was compelled to strafe around in the interest of keeping up combat’s kinetic presentation, but ultimately I was wasting my time and simply just planted my feet and smashed the 1 key.

So yes, not a particularly enriching and engaging experience so far, but we’ve only just begun of course, and it’s entirely possible that, through some persistence, things will open up. But before I press on, I ran into a choice that I could make (which is good because I was worried the lack of sandboxiness would make this pointless). This brings us to our first poll: the choice of the next skillset to join alongside Malediction.

There were other options, of course, but I decided to stick to those that were highlighted in the list, which at least visually indicated to me that those were the preferred options. Of course, if the poll choices aren’t particularly good or if multiclassing or custom builds are more feasible and interesting, I’m open to those suggestions in the comments. Failing that, here’s the poll:

What should be my next skill set? 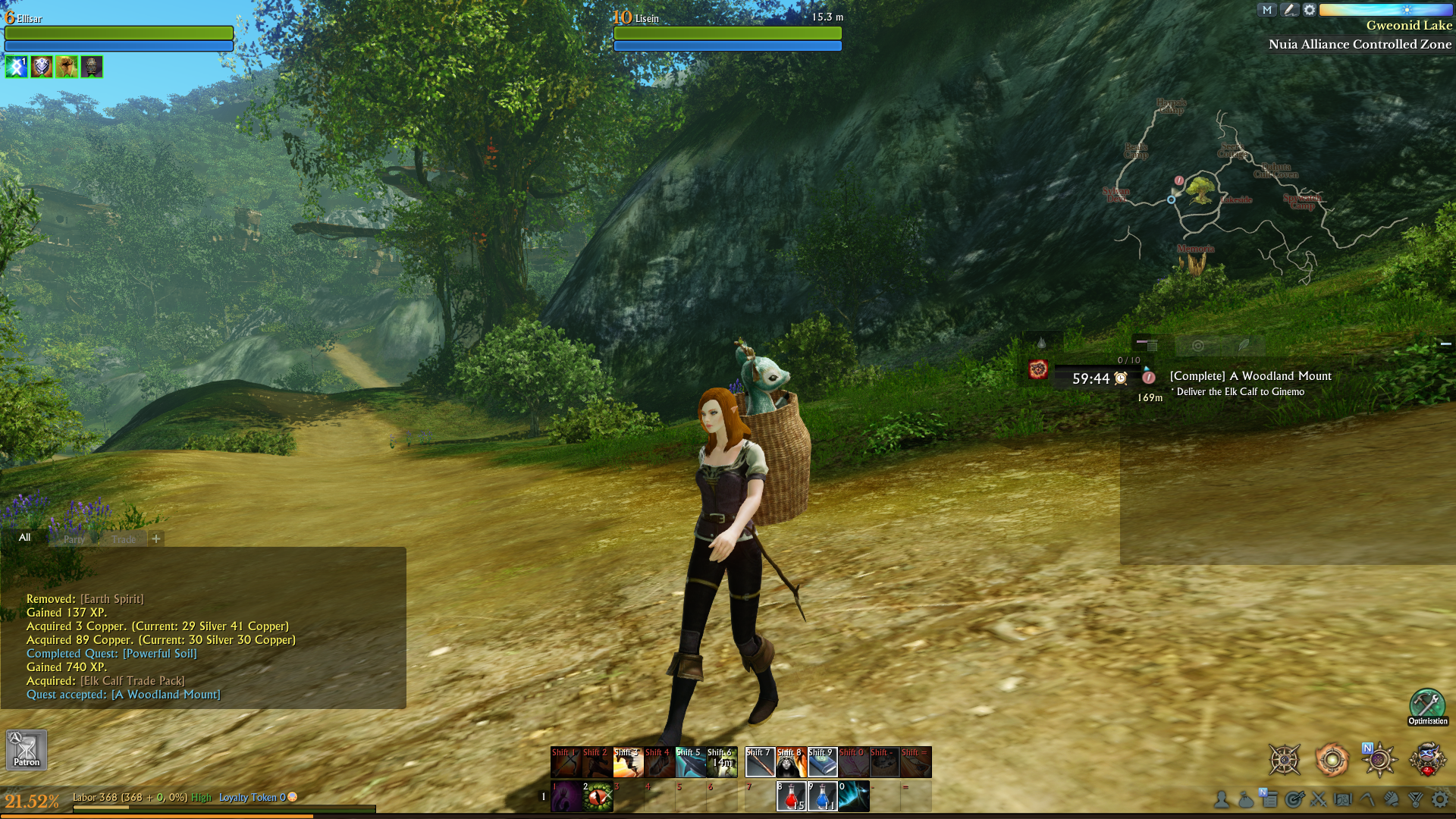 Polling will, as ever, close at 1:00 p.m. EST this coming Friday, January 8th. In the meantime, I remain somewhat underwhelmed yet hoping for things to come into focus and ramp up just that wee bit more. We shall ultimately see.