Lord of the Rings Online had one heck of a 2020, in all the ways you’re thinking: It stole players’ hearts by giving away gobs of content for free during the pandemic and launching a spectacular Great Wedding event, but then it threw a lot of that goodwill away with technical snafus, poor communication, and a deceptive “expansion” that essentially charged players for a basic patch, bypassing lifetime subber entitlements. There’s a reason it “won” biggest MMO blunder of 2020.

Maybe this will help make up for some of 2020’s messes, however. Last night, Standing Stone Games announced that it had updated the game’s cash shop in a way that will make a lot of gamers happy. While most of the tweaks are minor changes to ordering and code application, the new offerings caught our eye: There’s a new starter bundle and expansion trove too that dramatically lowers the price of playing the game at its fullest.

The expansion trove bundles every single (actual) expansion to date except Minas Morgul for just 60 bucks, which makes it by far the cheapest way to get caught up right now and much cheaper than buying each individually. (That bundle plus Minas Morgul would come to $100 total, though of course if you wait long enough, they might bundle it in too.) It also does not include the War of Three Peaks “mini-expansion.” Because it was never actually an expansion, see. Grumble. (War of Three Peaks is also still not available for purchase with LOTRO Points.)

Intriguingly, the starter bundle appears to be a respectable alternative to the Samwise Gamgee starter pack that’s been kicking around on Amazon for ages. For the same $10, a newbie can pick up the riding skill, mount, a universal toolkit, a small carryall, the High Elf race, and a small stack of silver, writes, and virtues with the new pack. The old Samwise pack included the riding skill, mount, inventory bag, and removal of the currency cap. Seems to us you’d be way better off buying the new pack and just purchasing your cap removal separately. 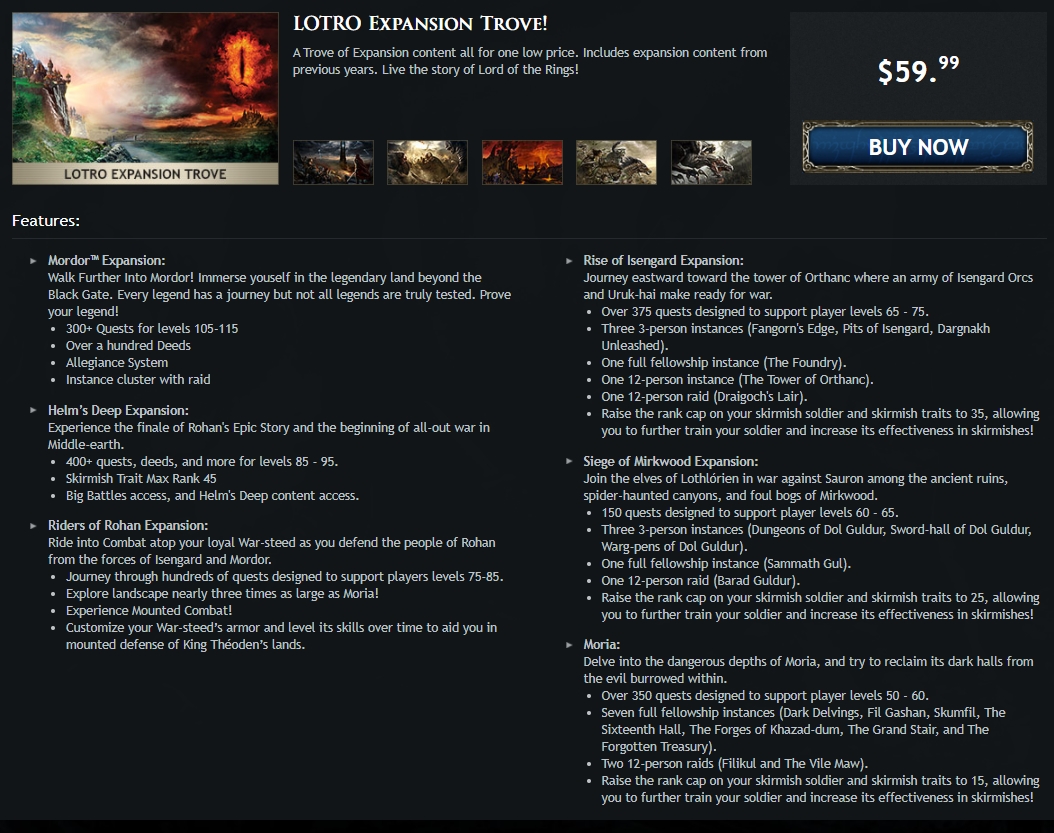 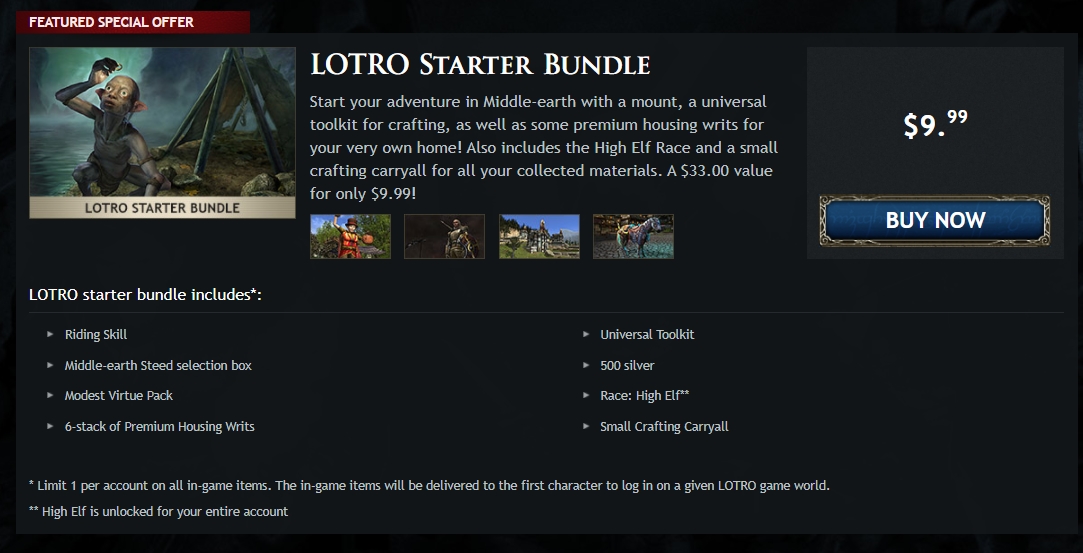