The GME train keeps on a rollin’ here on Friday. As daytraders and retail stock-buyers have been organizing on Reddit to buy GameStop stock and urging each other to “hold the line,” the price of that stock has lurched around all week and been the star of even the mainstream news cycle as politicians rage, pundits scowl, billionaires quake, and shitposters declare victory.

As we noted in our previous coverage, the coordinated mass-buying frenzy devastated the hedge funds that were short-selling GameStop stock, reportedly costing at least one of them (Melvin Capital Management) several billion dollars, which as far as the subreddit is concerned is working as intended, as one of the stated goals of the group is to wreck precisely these types of destructive financial factions. As a side-effect, though, a short list of bajillionaires and people who’ve been advocating a short squeeze of GameStop since at least 2019 are also making bank (in other words, not all the anons on WSB are warriors for populism).

Yesterday, just as the stock was taking off again, several of the trading apps aimed at retail (normal person) stock traders abruptly cut off many services, removing small traders’ ability to purchase stocks like GME but allowing them to sell – and allowing large funds to continue as normal. The anger at the unfairness was palpable across the internet, even generating vocal support from politicians on both sides of the aisle, some of whom pledged congressional hearings and SEC intervention. At least one class-action lawsuit was filed against the Robinhood trading app specifically. While traders speculated that Robinhood was being strong-armed by the very hedge funds that had been exposed, others pointed to the fact that Wall Street clearing entity regulations hampered Robinhood with requirements to cover its clients’ trading risk. (This thread is a marvelous explanation for why you could blame Wall Street incumbents, not Robinhood.)

In any case (and adding weight to that theory), as of this morning Robinhood had raised a fresh $1B from investors and “tapped its credit lines with banks” to cover that risk and has resumed trading, but still with tight limits for GameStop (and a dozen other similar stocks) in place, restricting buyers to five shares or 10 options contracts apiece. That’s meant the price is back up again at the start of trading this morning.

We also found the absolute worst take, for comparison.

“People are sitting at home getting their checks from the government. This ‘fair share’ is a bullshit concept and is just a way to attack wealthy people.” pic.twitter.com/zEWkrUZnBq

It can’t last forever, but it’s certainly not over yet. We reiterate to novice traders, be smart.

It’s funny how the media has been trying push their usual divide-and-conquer tactics in order to paint those supporting this as the usual XYZ categories even though political beliefs have nothing to do with it at this point (there might be some racially charged crap but that’s mostly exclusive to the internet gutters like 4chan). Folks just want to stick it to crony capitalists abusing and manipulating a flawed system. It’s one of the few instances where folks feel like they actually have some power/say in things and can hit folks where it hurts.

” “We cannot use customer funds to front that cost due to regulation,” Denier said. “So the brokerages or the clearing firms have to go into their own pockets to do it. And they simply can’t afford the cost.” ”

It’s like these people got tired of being able to spend other people’s money, and then began to have to spend their own, and it’s finally effecting them.

Almost like they haven’t been living in reality for most Americans…Welcome to the real America, where most of us are broke. Reality isn’t so fun now, is it?

I’ve had some time to think about this situation, these little shits over at WSB are basically 21st Century Jordan Belforts looking to dupe norms into pushing the ball on their Pump and Dump schemes under the guise of Meme Culture. Meanwhile these new Wolves of Wall Street are laughing all the way to the bank.

Since this is an exercise in trolling, what happens when you lose that money; I don’t have 40K to troll around with, nor do I have 40K I can afford to lose. There’s no way in hell you’re an average every day person that can spend 40K on a prank. Either that or you’re full of shit.

Leave them. This is only going to wear you down.

I’m only going to reserve my self to one comment. I’m a little disturbed I found all this a little funny yesterday.

It’s funny from a “billionaires getting fucked” perspective, but it dies down quick when you realize that there are still people using other people for malicious ends.

Exactly which was a sobering thought when I dug more into it.

I’ll take the long position on that.

Edit: Bah! This doesn’t make any sense when it’s not a response to Shlag’s disappearing comment about going short on his own meme.

I’ll just copy this that Bree linked in the main topic for those who didn’t click anything.

–]The_Law_of_Pizza 14.8k pontos 18 hours ago*3& 60 more
I don’t work on the trading floor, but I’m an attorney who services a variety of financial institutions, including broker/dealers.

This isn’t the exciting, hilarious answer you want, but a lot of people had no idea it was even happening until the past 48 hours, and even now, it’s mostly just a funny news article about some internet trolls making a bubble.

This is a big deal to the shorting community, but to the other 99% of the financial world, nobody gives a shit.

As much as young people on the internet like to imagine this as an epic, David vs Goliath, Wall Street vs Main Street showdown for the history books, from a bird’s eye view it’s actually just a brief dumpster fire where a couple hedge funds lost their shirts betting on one little small cap stock. It has happened before, and it will happen again.

In 6 months, nobody will remember or care, except that (maybe) it will become more difficult for retail investors to trade options.

And not because the greedy hedge fund oligarchs forced the SEC to crack down on retail investors. But rather because, when this is all said and done, there is going to be a black hole where most of these retail investors’ brokerage accounts used to be, and the SEC and brokerage community will be lambasted for failing to protect unsophisticated investors from a bubble.

I have been monitoring the WSB threads, and while the WSB veterans know that they’re making a suicide charge for the memes, they have brought thousands of naive, new investors with them – who predominantly think that they’re going to somehow come out on top, not realizing that they’re cannon fodder for the more savvy WSB users to exit with gains.

Redditors never seem to stop and think about why the WSB guys know so much about derivatives trading. Or how they seem to know how to access and read from a Bloomberg terminal. Or why there are so many users there that can seemingly drop tens or hundreds of thousands of dollars on complicated meme plays.

How do you think that WSB knew that GME was open to a short squeeze and a gamma squeeze play?

WSB’s power users are younger finance bros. It’s 30-something investment bankers and portfolio managers memeing with each other and cosplaying as “autists.”

If you didn’t know what a gamma squeeze was 48 hours ago, you are their exit strategy and the down payment on their next Porsche.

This WILL hurt people. No matter how much we like to think otherwise. Yeah, i hope it doesn’t, but real life doesn’t work on hopes and dreams, and if it did, we wouldn’t be here for starters.

Bruno is clearly an agent of THE MAN!

Working for The Dude’s probably a pretty laid back gig. 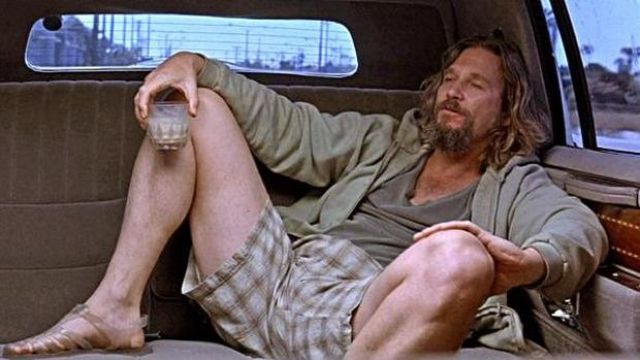 Not really. Did you see what happened with that rug, man?

It really pulled the room together.

Schlag, can we get one with rockets and diamond hands? Pretty please 🙏

Where other artists admire Yuumei, i wanna be Schlag.

You need to open a gallery, start selling your art.

I saw something about that investor (Leon Cooperman) on the Rational National Youtube channel (haven’t watched it yet though), and I really can’t shed a tear for a wealthy guy like that complaining about this, in fact, I rather enjoy it:

One Shots: Spring is sprung

MMO Week in Review: So LOTRO is breathing easier right about...

The MOP Up: Apex Legends racks up 100 million players