In the course of our reporting on the ongoing Blizzard sexual harassment and sexual discrimination scandal that’s now prompted multiple lawsuits, we noted that T-Mobile had apparently pulled out of sponsoring Activision-Blizzard esports leagues, including leagues for Call of Duty and Overwatch. It may not be the only one, as The Washington Post reported last night that both Coca-Cola and State Farm are considering dropping their sponsorships as well. They’re apparently two of the remaining sponsors, along with IBM, Xfinity, Cheez-It, Pringles, and Teamspeak.

State Farm – a massive insurance corporation here in the US – has cut all advertising this weekend and says it’s “reevaluating [its] limited marketing relationship with the Overwatch League.” Coca-Cola says it’s “aware of the allegations surrounding Activision Blizzard” and is “[taking] a step back for a moment to revisit future plans and programs” but would not say whether it would drop out. Both Coca-Cola and Statefarm are currently still listed as sponsors on the OWL website. 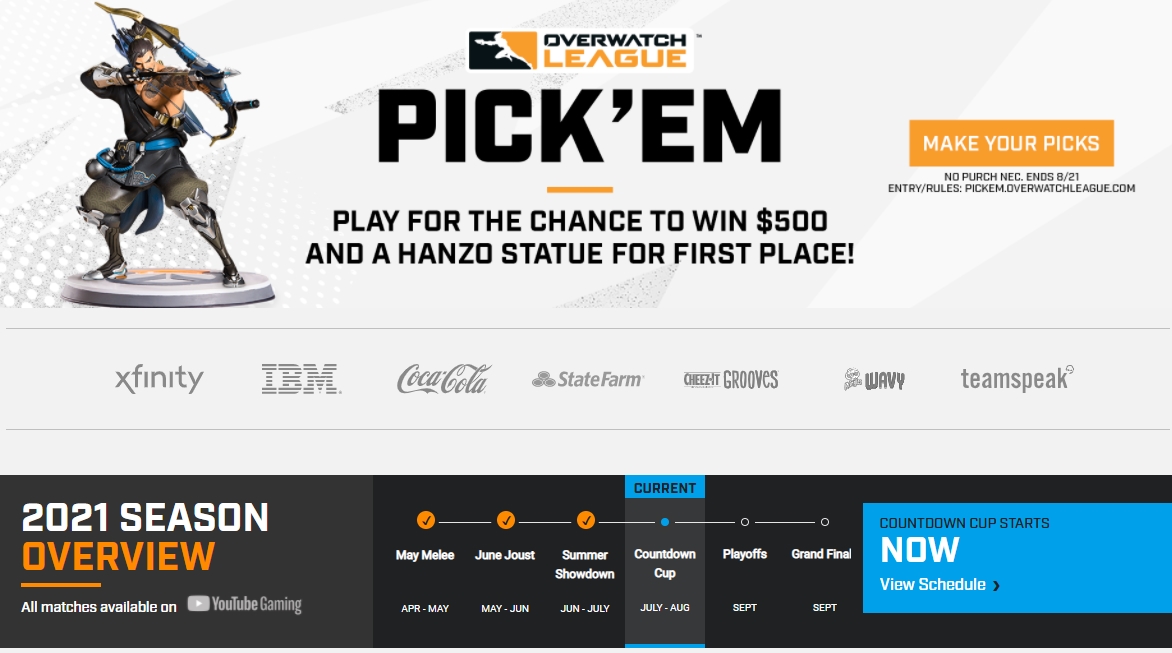 As WAPO notes, both companies ran ads last weekend and presumably the weekend before that too in the wake of the filing of the lawsuit. However, this week pushed the scandal into the mainstream news as the head of Blizzard, J. Allen Brack, was toppled and replaced the morning of Activision-Blizzard’s quarterly investor call.

We’ve got a full recap of the scandal in the financial report from earlier this week, or you can check out all of our coverage so far piece by piece: